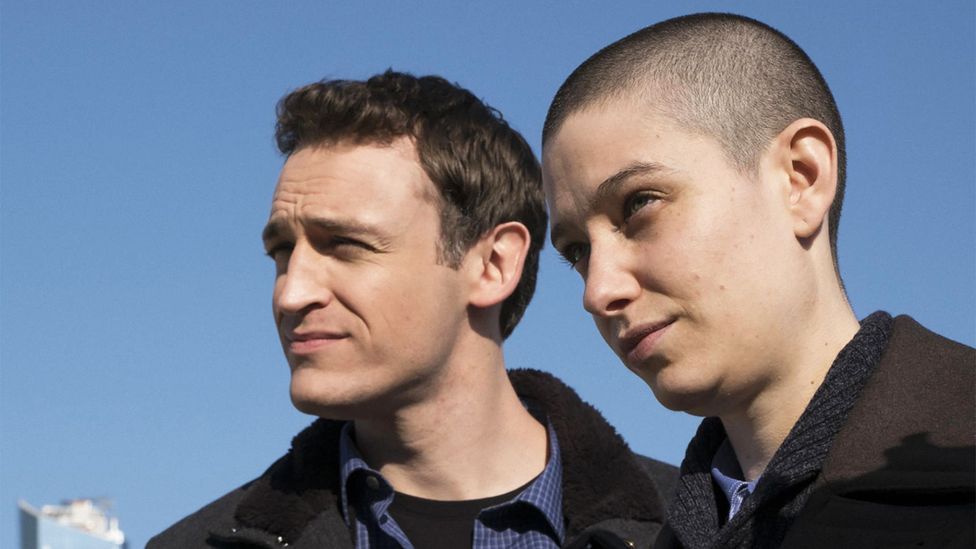 By Jessica Holland 30th August 2017
Growing recognition of non-binary genders may require a change in the way we understand identity and the words we use, especially in the workplace

“I’m sure there were people who didn’t like it or get it,” says Quinn Nelson. “They were just weird and awkward.”

The 24-year-old sociology student at the University of Calgary, Canada, is describing what it was like to come out to colleagues as non-binary — neither male nor female — a few years ago, and, in the process, to explain that gender isn’t simply a choice between two tick-boxes. 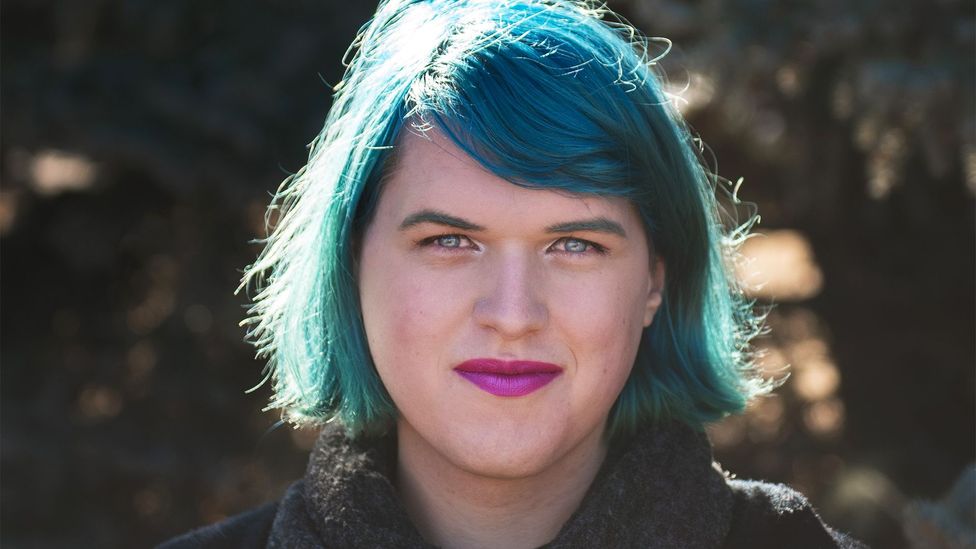 Quinn Nelson's colleagues weren't all sure what to do when they came out as non-binary at work (Credit: Elizabeth S. Cameron/Quinn Nelson)

“Non-binary” is the umbrella term for people who understand their gender as both male and female, neither, or somewhere in between, as well as those who are agender, gender fluid or another gender entirely. Nelson, like many others in this diverse group, prefers to be referred to using gender-neutral words, such as “they,” rather than “he” or “she.”

In the past few years, there has been growing recognition of people who fall outside traditional gender definitions. Facebook extended its list of gender options from 2 to 58 in 2014 before allowing users to use their own custom descriptions the following year. Many countries have also begun to formally recognise non-binary genders.

While there is not a lot of data available about this population, the proportion of UK citizens who ticked neither or both gender boxes was 0.4% in both the 2001 and 2011 Census. The UK is currently consulting on how to capture data on non-binary genders in the 2021 Census.

They felt that there was something they needed to do, but weren’t’t sure what it was

Despite growing awareness of non-binary genders — 50% of millennials believe gender is a spectrum according to a 2015 Fusion poll — it’s still common for openly non-binary people, like Nelson, to feel uncomfortable at work. 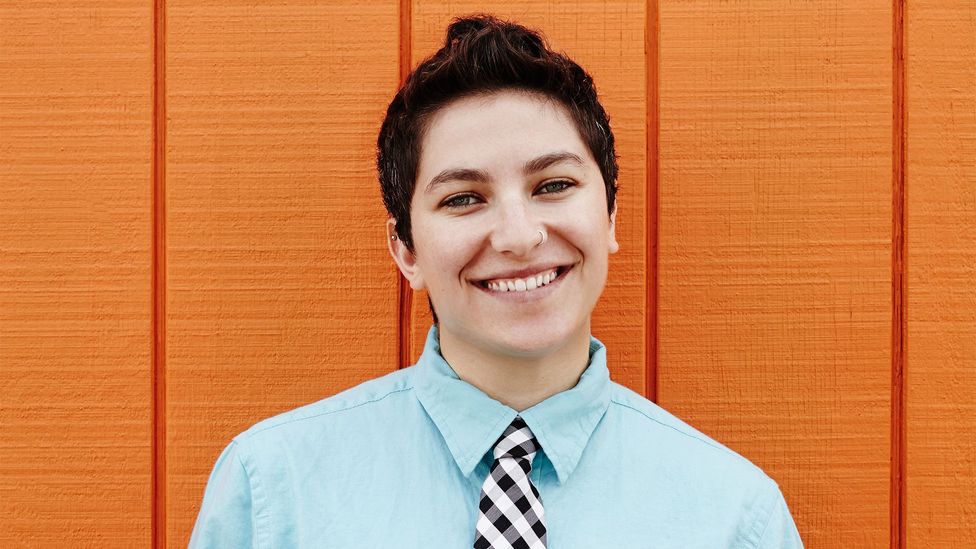 “Non-binary” describes people who consider their gender as both male and female, neither, or somewhere in between, as well as those who are agender or fluid (Credit: Getty Images)

“I imagine that [my colleagues] felt that there was something they needed to do, but weren’t sure what it was,” says Nelson. “And I didn’t know what it was, either.”

A survey published by online magazine Beyond the Binary in March 2017 shows only 1% of the 225 non-binary people polled felt “completely protected” by current equalities legislation at work and 42% had suffered a negative experience related to their gender identity in the workplace. Examples of these negative experiences cited by respondents included being mocked, misgendered, barred from using office toilets and having job offers rescinded after coming out.

“I found that pretty concerning,” says J Fernandez, the magazine’s editor. “If you don’t feel safe for most of your day, that’s obviously having a really poor effect on your mental health.”

Fernandez uses both they/their and he/his pronouns, and isn’t currently out about gender identity to colleagues at their day job. This isn’t unusual, according to a 2016 Scottish Trans Alliance survey, which found just 4% of non-binary people always felt comfortable sharing their gender identity at work, and 90% were worried their identity wouldn’t be respected.

“I am very afraid of coming out as non-binary at work,” Fernandez says. “I think the lack of overt inclusion of non-binary people has made me more scared than I ought to be. Having a very clear policy that says ‘non-binary people are welcome and these are the positive steps we're taking,’ that would make people less afraid.”

If you don’t feel safe for most of your day, that’s obviously having a really poor effect on your mental health

These fears are not unfounded. London-based writer, drag artist and radio show host Ray Filar found this out after emailing colleagues at a magazine they worked for at the time, to explain their gender identity and what language to use when referring to them.

“I don’t think pronouns are the be-all and end-all of trans inclusion,” Filar says. “But they are a basic courtesy.”

Despite this, Filar found a few colleagues ignored the guidance or “simply refused to remember what I’d said.” After being “misgendered repeatedly for two years,” Filar quit the organisation. Following this experience, Filar wants workplaces to implement policies that deal with transphobic discrimination and prejudice.

“Make significant, repeated training and education a part of working,” Filar suggests, “and offer trans employees and freelancers a clear grievance process that won't backfire on them for using it.”

For employers unsure where to start in implementing these policies, Fernandez advises approaching a trans organisation for advice,such as Gendered Intelligence and the Scottish Trans Alliance.

“It doesn’t have to be a big, scary thing,” Fernandez says. “And if you have any trans or non-binary employees, just talk to them and find out what would make their lives easier. It might be as simple as reassuring them that it’s OK to wear something different or go by a different name.”

Colleagues can also play their part in creating a non-binary-friendly environment, adds Fernandez. “What’s helped me is people being mindful, respecting me, using the right pronouns, apologising when they mess up, but not making a big deal out of it, just getting along with it.

“A lot of people are afraid of asking a person who is non-binary, ‘What pronouns do you prefer?’ but it’s just the best way to respect a person, like you'd ask a person their name if you didn't know it.”

If employers are pro-active in welcoming people of all gender identities and expressions, the positive effects can ripple outwards.

Quinn Nelson moved on to work as a cashier at a small natural-food chain, and this time, rather than coming out after starting work, Nelson was open about their gender identity during the interview process, and found the atmosphere much more welcoming. That’s not to say it was always easy. One customer told Nelson they would “make a good drag queen” and another complained to management about “men wearing women’s clothing.” 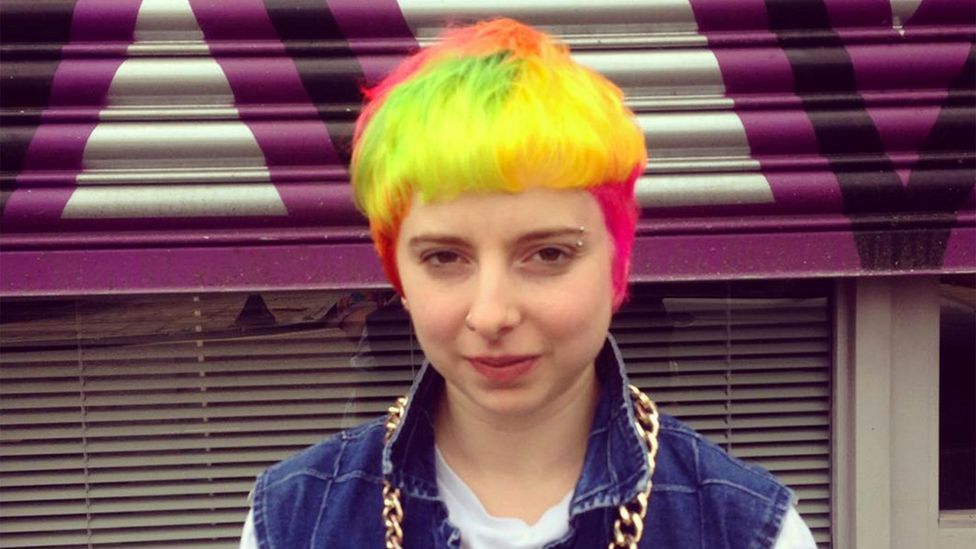 But there were also positive experiences. Once, a customer complimented the pin badge Nelson wore with their pronouns on it, and said that they’d have to tell their friend to get one. One male-assigned child wearing nail varnish was excited to notice that Nelson had painted nails too. “I could see them beaming at me because they felt more comfortable with themselves,” Nelson says. “I cry sometimes when talking about that, and I cried when it happened too.”

This moment of connection only occurred, Nelson says, because they felt comfortable enough to be fully themselves at work.

“It would be lovely if I got a job somewhere and the management system already had non-binary gender options,” Nelson says. “Or there were already gender-neutral washrooms, so I don’t have to educate people, so I can feel comfortable working there. It’s frustrating having to do so much extra work as soon as you get hired.”

Owning Your Time
1Are childless workers treated unfairly?
Around the BBC