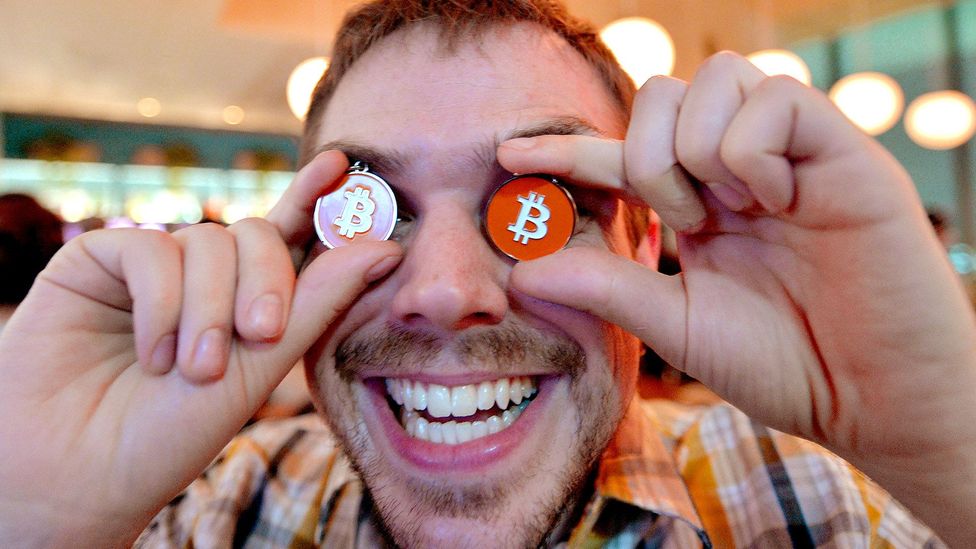 By Chris Baraniuk 7th September 2017
Crypto-currencies are soaring to market highs drawing in new investors – but some experts have concerns about the future.
Y

You may have noticed reports about Bitcoin’s value recently – its price is headed into the stratosphere.

The crypto-currency’s recent meteoric price rise over the summer has seen one Bitcoin go from being worth $1,500 in early May to more than $5,000 over the weekend, before dropping to $4,654 at the time of publication.

And that has got all kinds of people interested – people like Andrew Beckwith, a DJ who goes by the name Supersede. “I play restaurants, lounges, nightclubs, corporate events,” he says.

But he also invests. Beckwith has just taken his first step into the world of crypto-currencies, having converted $100 into Bitcoin.

“I don’t know how far it’s going to grow,” he explains, “but if something is growing at hundreds of per cent, that’s a pretty valuable return.”

Bitcoin is notorious for its volatility, but the recent peaks are unprecedented

Bitcoin is notorious for its volatility, but the recent peaks are unprecedented. In late 2013 its value jumped from around $100 to $1,000 – a bigger percentage increase – but it is worth more than four times that today.

“Recently there’s been a lot more talk in the media and others have been investing,” explains Kiran Varughese, another amateur investor, who works for an elevator company in Dubai. 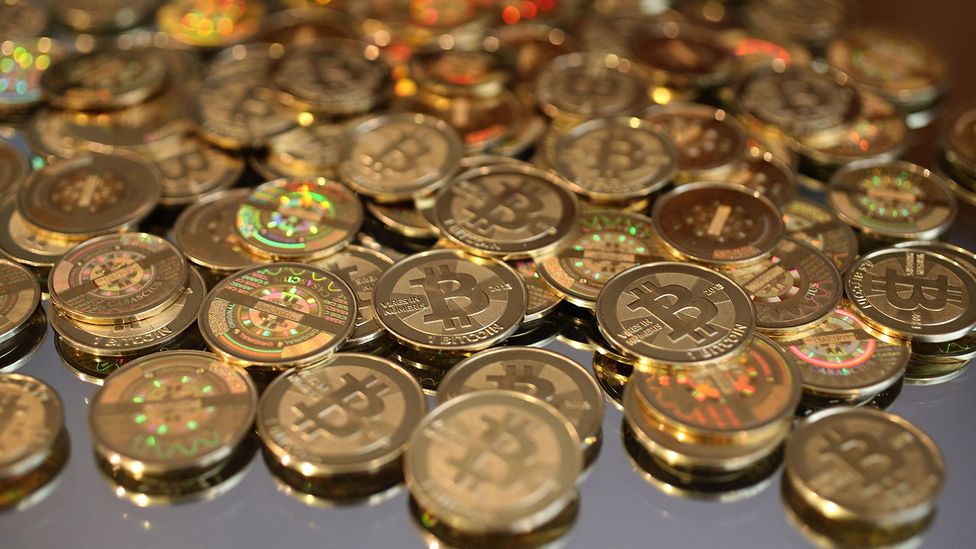 The notoriously volatile crypto-currency has been making headlines with its skyrocketing value, but some believe it’s a bubble driven by speculation (Credit: Getty Images)

A friend’s experiments with Bitcoin piqued his curiosity so he clubbed together with another pal to invest $1,000 in August. If they lose it, he says they won’t be too worried – the potential for a big return within the next few years is too tantalising for Varughese to resist.

But are investors like Varughese and Beckwith taking too much of a risk by buying into Bitcoin, and other crypto-currencies like Ethereum, Litecoin or Dash? Is there something about these digital currencies that underpins their soaring prices or are they simply subject to whims in the market that can make fortunes but also devastate them?

Despite a market capitalisation of $150 billion, crypto-currencies still occupy a strange space in the world of finance

While the market capitalisation of all crypto-currencies now stands at $150 billion, they still occupy a strange space in the world of finance.

“Every year Bitcoin continues to exist is something to take note of,” says Garrick Hileman, a research fellow at the Cambridge Centre for Alternative Finance at the University of Cambridge. “It’s a significant achievement for Bitcoin to have survived the many setbacks and challenges that it has faced.”

One of these challenges occurred recently when Bitcoin split in two. It happened after the Bitcoin community became divided over how to allow more transactions to be processed with the currency. Because Bitcoin has no over-arching authority that controls it, any decision to alter the system that underpins it needed to gather enough support from Bitcoin users to go ahead. The system itself is called the blockchain – a huge digital ledger that records every single Bitcoin transaction in history. 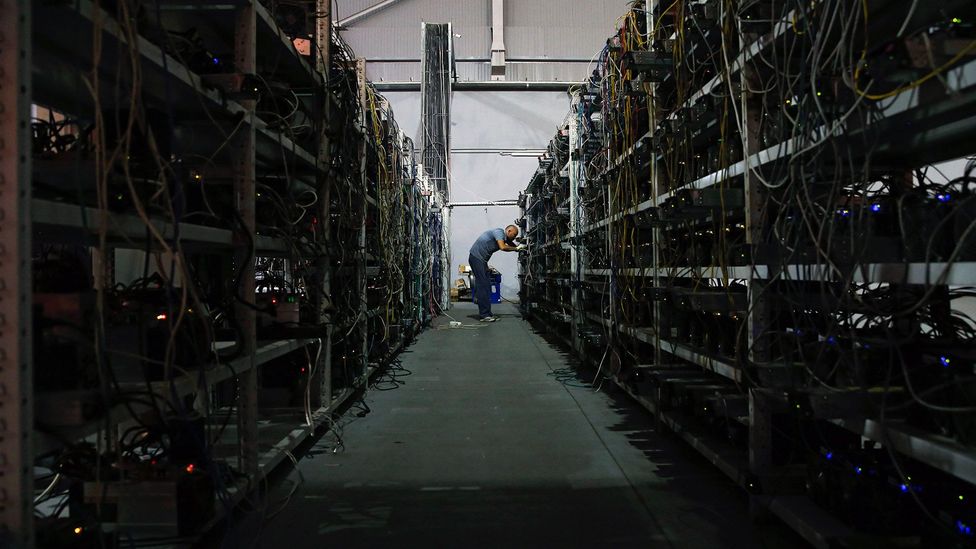 As computers on the Bitcoin network verify transactions, “blocks” of data are added to the ledger, storing this information. Computers that do this work receive a small sum of bitcoins as a reward – this is the process known as mining. Every single computer on the network has a copy of the blockchain and their copy of it is constantly updated.

But until recently, Bitcoin blocks were limited in size to a megabyte every 10 minutes, meaning that the rate at which the blockchain could grow was capped. In early August, a new version of the crypto-currency – Bitcoin Cash – was mined for the first time. Its blocks can be up to eight megabytes in size.

Some believe the smooth transition through this “fork” without any technical disasters has contributed to renewed confidence in Bitcoin, in turn helping to pump the price up. One “coin” of Bitcoin Cash is worth less, around $630 today, but that’s up $200 since its inception a month ago.

Another fork to upgrade the block size further is expected in November and if successful, it might have a similar impact on Bitcoin’s buoyant price.

But “currencies” like Bitcoin aren’t really playing the role of a traditional currency at the moment, says Vili Lehdonvirta, an economic sociologist at the Oxford Internet Institute, which is part of the University of Oxford.

“When I called up a restaurant in Helsinki earlier this year to ask if they accept Bitcoin, the response was that they tried it a few years ago, nobody ever used it, and thus they no longer accept it,” he explains. 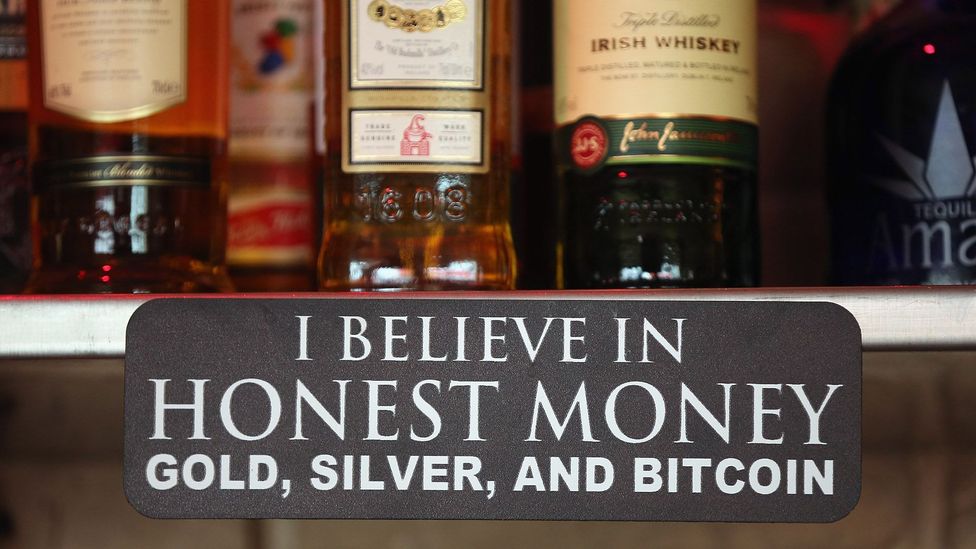 BBC Capital contacted 10 businesses in London that have advertised an ability to accept Bitcoin in the past. Four of them said they had stopped accepting and two that did accept them reported hardly ever processing such payments.

Instead, it appears many people are simply speculating on Bitcoin – investing in what is a relatively high-risk asset in the hope of a short-term gain in profit. But lucrative outcomes are by no means guaranteed – and many still think that Bitcoin is just a bubble.

It appears many people are simply speculating on Bitcoin, but lucrative outcomes are by no means guaranteed and many still think that Bitcoin is just a bubble

In the short-term there may be various reasons why people are buying in while the price is buoyant. Some may like investing in a currency unconnected to nation states, suggests Hileman. It could be seen as good insulation against uncertain political developments that can cause traditional currencies to plummet dramatically – as happened to the British pound in the aftermath of the Brexit vote. Volatile international disputes, such as those involving North Korea, could be driving people to put their money elsewhere. 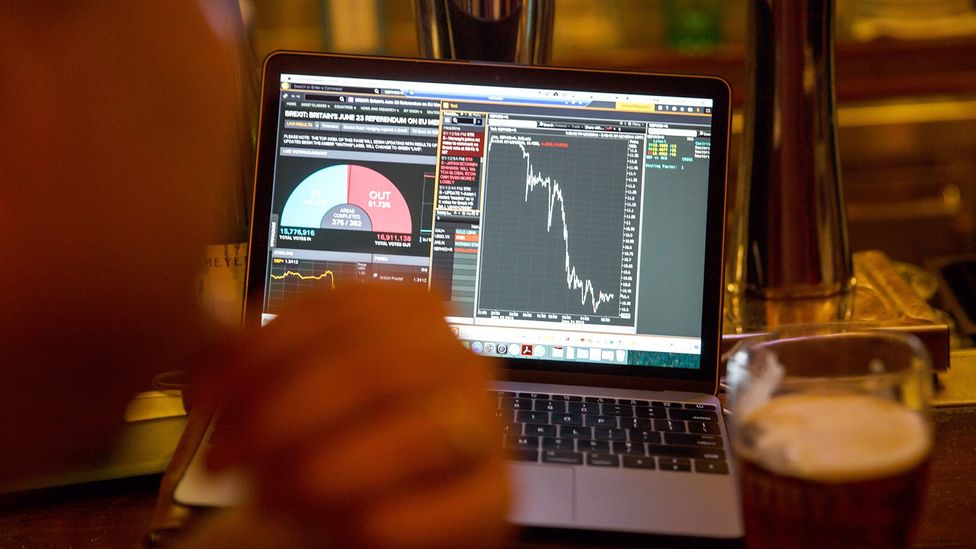 The pound dropped sharply after Brexit – since Bitcoin is not tied to any one nation-state, it’s less affected by large political events (Credit: Getty Images)

“If you’re in South Korea and you’re concerned about a geopolitical event, do you trade in the US dollar?” asks Hileman. “Maybe that’s not a great idea because the US will be involved, as will China and Japan, so it’s not surprising to see people look for alternative currencies,” he says.

Applied cryptography consultant and Bitcoin-watcher Peter Todd says some are also attracted by Bitcoin’s independence for broader political reasons, too.

In an uncertain world, people’s financial freedom is sometimes limited by their governments. Take India, which recently tried to curb public investments in gold as this was harming the nation’s economy. Bitcoin is a global entity, no one government can fiddle with it – although there are countries where trading it is illegal.

Still, crypto-currencies remain associated with plenty of risks that go beyond their volatility. Many people store their bitcoins in online exchanges and should these be hacked or go bust, which has happened more than once, then the money is often lost forever.

With all the technical ups and downs of crypto-currencies – their changes and potential to split into new currencies for example – there is also a significant degree of complexity that can leave less informed investors bewildered. 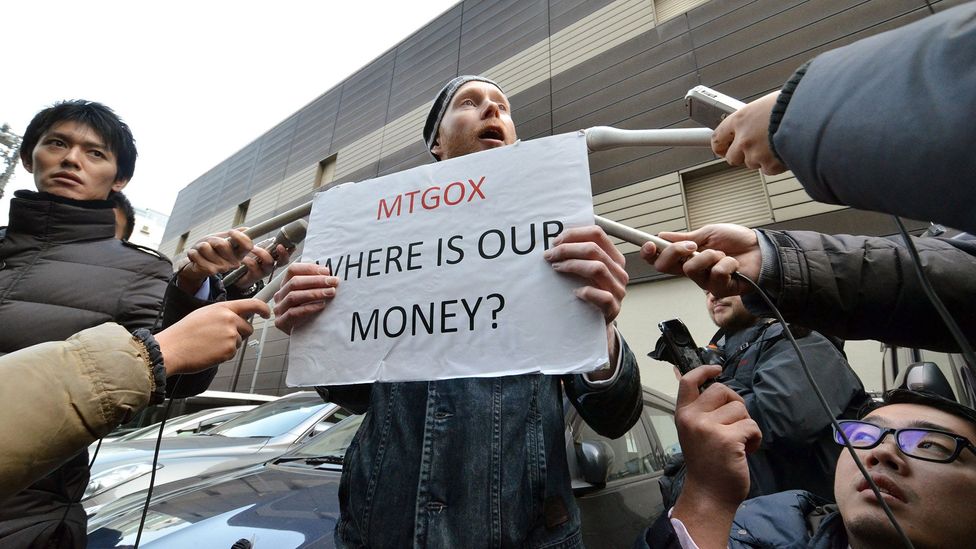 MtGox, a Bitcoin exchange based in Tokyo, collapsed after losing nearly $500m in Bitcoin to what it says was a hack attack (Credit: Getty Images)

A new area of excitement, known as initial coin offerings (ICOs), are also beginning to worry some experts. ICOs allow owners of crypto-currencies to invest in fledgling companies, with many using Ethereum as their digital coin of choice. However, ICOs have already been associated with a number of scams and hacks, and China just banned them, calling ICOs 'illegal fundraising'.

“I think the main thing we’re seeing in ICOs is straight-up fraud,” says Todd. He is concerned about efforts by regulators to clamp down on this because such an approach could backfire and encourage scammers to become more sophisticated.

“It’s when things look legit that they get dangerous,” he says, pointing out that a few years ago Bitcoin and other digital tokens had more of a “Wild West” feel to them, which perhaps meant people were less likely to be duped since scams were crude and easy to spot. As more and more investors get involved in crypto-currencies, scams can get slicker and the natural wariness that can keep people cautious may also diminish.

Bitcoin and other crypto-currencies are gradually cementing their stated position – providing a radical new alternative to the investment options that existed before them. But there is no certainty as to how this massive experiment will play out. Though when did that ever stop hopeful investors taking a punt?

This story was produced under the BBC's guidelines for financial journalism. A full version of those guidelines can be found at bbc.co.uk/guidelines.