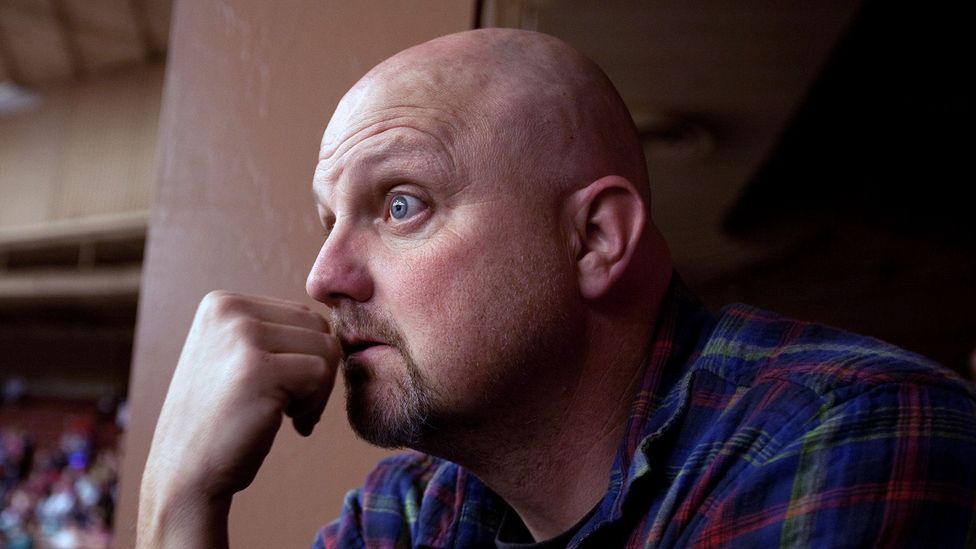 By Caroline Williams 25th September 2017
Anyone who has tried to concentrate on a difficult or boring piece of work will know how tough it can be, but science has some counter-intuitive findings that could help.
T

The internet is bursting with advice on how to concentrate amid a sea of distractions. But many of them are either wildly unrealistic or leave you out of the office loop and distracted by thoughts of what you might be missing. How many of us can “always find what you do inspiring and fun” or would be comfortable turning off social media, spending the day wearing headphones, or working offline?

Perhaps more importantly, however, many of these tips bear little relation to what psychologists are discovering about the way the human mind works.

Many of the things we think we should be doing to help us concentrate actually work against the way that our brain naturally operates. So what can we learn from the science of focus to get more done, and do any of common tips actually work?

It might seem counter-intuitive, but allowing your mind to wander may be one of the best approaches if you are struggling to focus. There is a growing realisation among psychologists that we spend an awful lot of time daydreaming – almost 50% of the time by some measures. This has led some psychologists to suggest that mind wandering is not so much a glitch, but rather a key part of the system itself that can help our brains function. 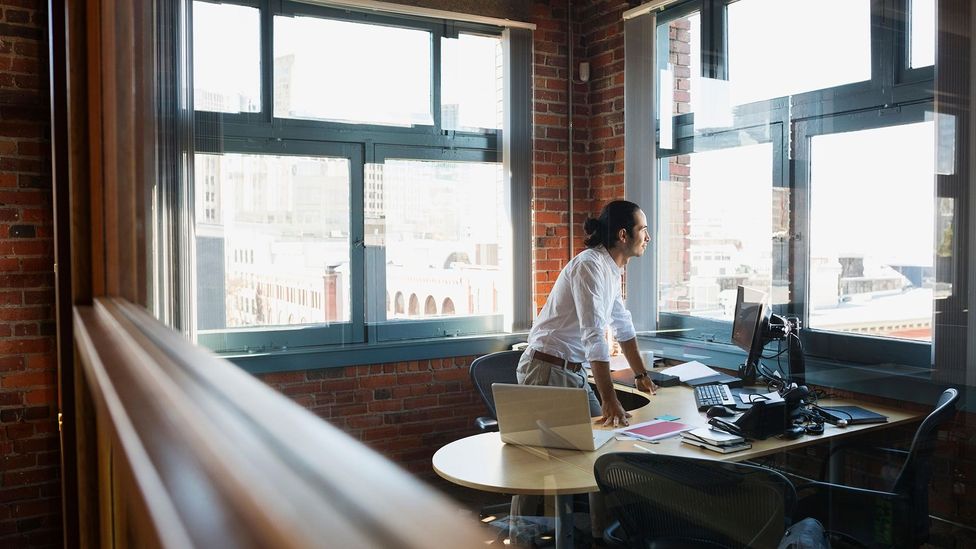 If you spend half your time daydreaming, it might be an idea to schedule in time for it (Credit: Alamy)

Looking at the brain itself can help to reveal that our focus wanes for a good reason. Concentration requires a network of brain regions including the frontal cortex, which is responsible for resisting distractions and controlling our natural impulse to do something more fun. Keeping this network functioning requires more energy than the group of brain regions that are active when we are thinking about nothing in particular. Inevitably, at some point during the day, we run out of steam and that’s when mind wandering kicks in.

So if it’s going to happen, then why not schedule it at a convenient time? Paul Seli, a psychologist at Harvard University, has distinguished between deliberate and accidental mind wandering, and says that only the accidental kind is bad for getting stuff done. People who slot in their daydreaming when they know that it won’t matter – when doing mindless admin, for example, suffer less than those whose minds skip off without their say-so, says Seli.

“If the task is easy, intentionally mind wandering will likely not result in performance costs, but it should afford people the opportunity to reap the benefits of mind wandering, such as problem-solving and planning,” he says.

This suggests that deliberately letting your mind off the hook now and again might pay dividends.

“Think about something unrelated, maybe problem-solve something else that you've got on your mind and then come back to your task,” suggests Seli.

Giving yourself permission to think about anything but work not only takes the guilt out of mind wandering, it also helps tick a few things off the mental to-do list that caused the mind wandering in the first place. 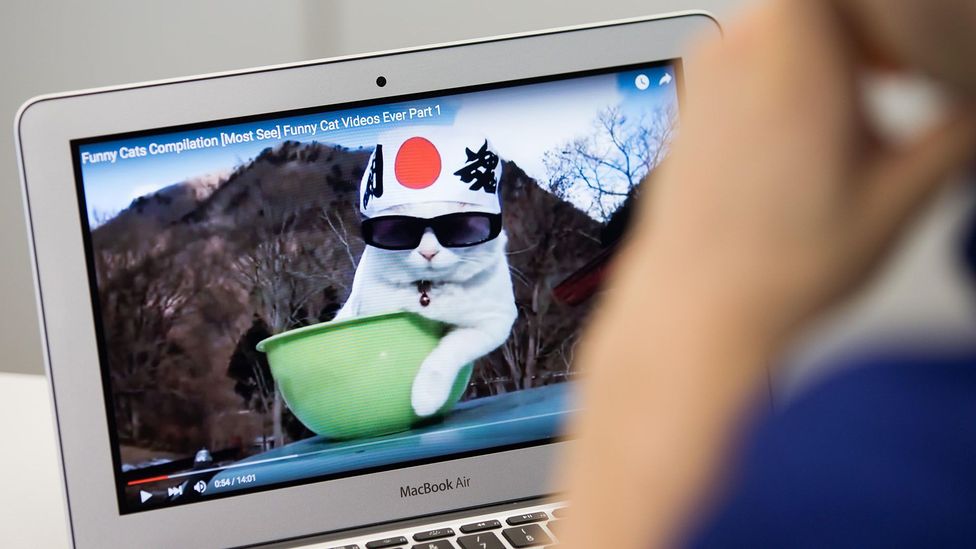 Funny cat videos are often seen as the ultimate distraction for procrastinators, but some psychologists think that they might actually help put us in the right mental state to get on with work.

According to a recent study, a good way to boost your reserves of willpower is to have a good laugh

This is because, no matter how much you love your job, staying focused on something difficult requires willpower. According to a recent study, a good way to boost your reserves of willpower is to have a good laugh. In experiments, people who had watched a funny video tried longer and harder to complete an impossible puzzle than a control group of people who watched a video that was relaxing but not funny. The study concluded that humour replenishes our reserves so effectively that workplaces should encourage a more “playful” culture.

“Creating a culture of fun in your team – where you deliberately find something funny to laugh at, like a funny email or YouTube video would be one way of helping you to boost your work productivity,” says David Cheng, a leadership researcher at the Australia National University in Canberra, who led the research. “Of course this isn’t a blank cheque to watch cat videos all day, but taking the occasional break to joke around is useful, especially when you are feeling really tired.”

To concentrate properly you must get rid of all external distractions, right? Actually, according to one influential theory of attention, the opposite is true.

Nilli Lavie, a psychologist at University College London, came up with what she calls ‘Load Theory’ in 1995. The idea is that there is a limit to how much information from the outside world our brains can process at any one time – once all of these processing ‘slots’ have been filled, the brain’s attention system kicks in to decide what to focus on. 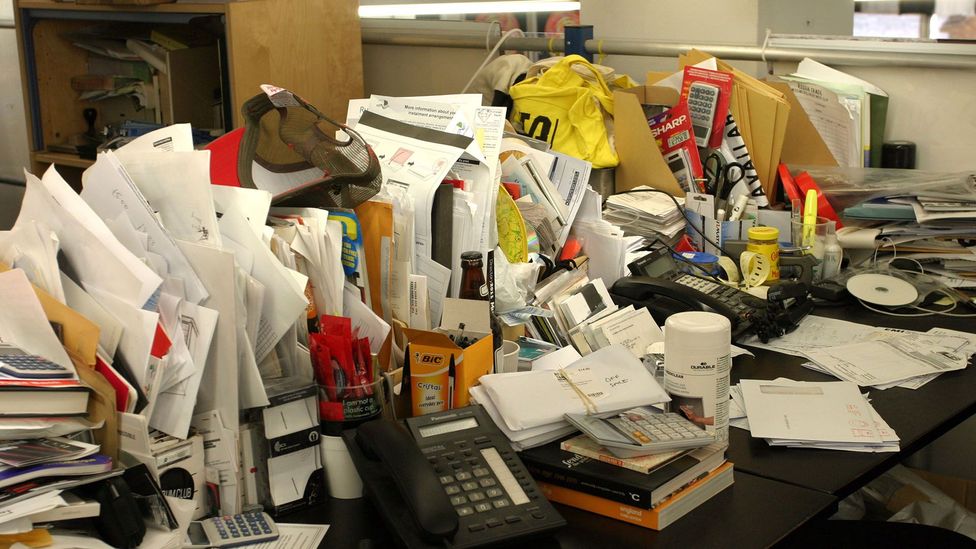 Can’t see your desk under all the mess? Lavie’s experiments suggest you’re onto something (Credit: Alamy)

Lavie’s experimentssuggest we might be better to work not in clean, tidy and silent surroundings, but in those that are messy and confusing. It works because once all the perceptual slots have been taken up, the brain has to pour all its energies into focusing on the most important task. Distractions simply get screened out.

The problem with putting this into practice, however, is finding the right kind of distraction and keeping it on the right side of being overwhelming. There are a few apps, such as ommwriter or focus@will, that add visual or musical distractions to order, but so far none have been tested in scientific studies and may be no better than putting the radio on.

The key is to give your mind just enough to do, so that your brain doesn't have the chance to look elsewhere for stimulation. For most people it might be a case of trial and error to find what works for them, but since screening out distractions can be tiring, perhaps this is one to use sparingly, when all else has failed.

When you’re up against it, taking a break might be the last thing on your mind. But there is a huge amount of evidence to suggest it can actually help you get more done.  The challenge is working out when to take a break, for how long, and what to do with that downtime.

Some studies suggest that due to natural variations in our cycle of alertness, we can concentrate for no longer than 90 minutes before needing a 15-minute break

Some studies dating from the 1990s suggest that due to natural variations in our cycle of alertness, we can concentrate for no longer than 90 minutes before needing a 15-minute break.

Other studies have found that even a micro-break of a few seconds will work, provided it is a total distraction – in the studies, people did a few seconds of mental arithmetic, so you may have to do something more  intense than staring out of the window. 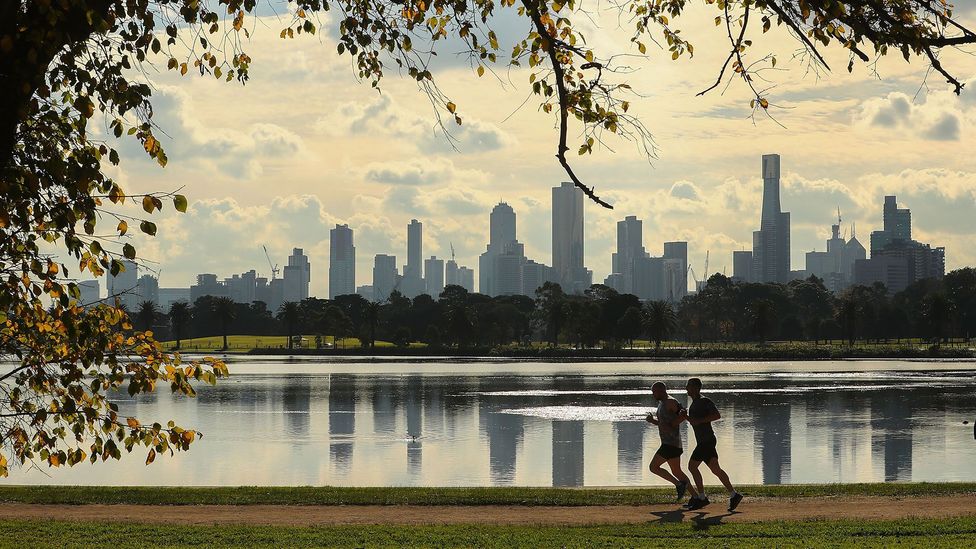 For those who can unglue themselves from their keyboards, a lunchtime jog outdoors could do the trick (Credit: Getty Images)

Exercise is a good thing to do in with your break, as it seems to rev up the brain, putting it into a better state to knuckle back down, particularly, according to this study, if you follow it with a caffeinated drink. Take your exercise outdoors and get a further boost – spending time in nature has long been suspected to improve people’s ability to focus.

Meditation is another option. There is growing evidence that experienced meditators have better control over their attention resources than non-meditators and are much better at noticing when it’s time for a break.

If that all sounds a bit time-consuming, the good news is that, with or without exercise, a quick dose of caffeine improves memory, reaction time and attention in the short term. So however you choose to take your break, always stop to put the kettle on as you make your way back to your desk. 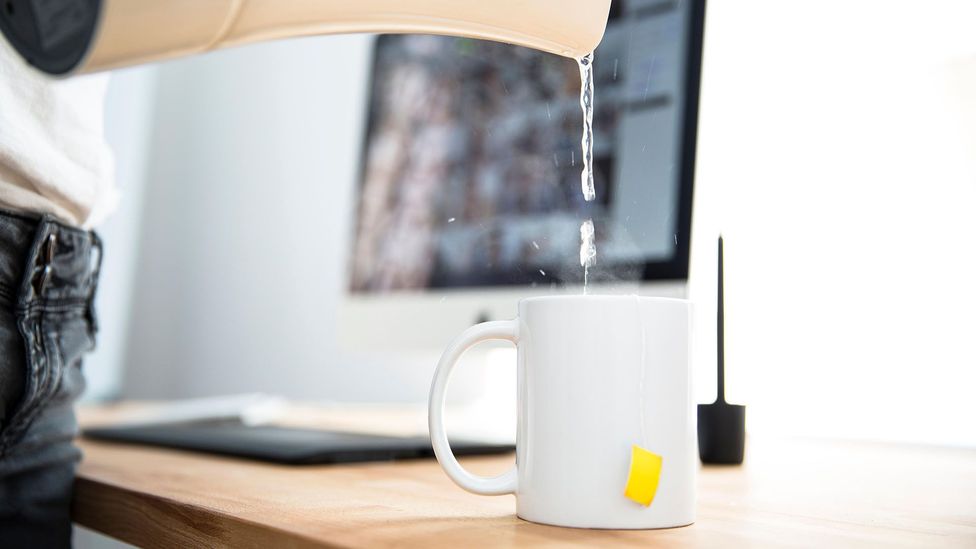 Exercise not your thing? Caffeine can provide a short-term solution (Credit: Alamy)

When you need to focus for long periods, less is more, according to studies by Joe DeGutis and Mike Esterman at the Boston Attention and Learning Lab in Massachusetts. In brain imaging experiments, they found that the most successful strategy for staying on course was to focus for a while, and then to take a short break before going back to concentrating. People who tried to be ‘on’ all the time made more mistakes overall.

The more we know about the brain, the clearer it is that stress is the enemy of concentration

Similarly, research by Christian Olivers of Vrije University in Amsterdam found that people’s attention resources stretched a little bit further when they were simply told to back off and think about something else instead of concentrating fully.

This, in fact, may be the most useful outcome of all the research into focus. The more we know about the brain, the clearer it is that stress is the enemy of concentration. So take the time to do whatever it takes to feel calmer and more in control, and, with luck, the work will take care of itself.

Caroline Williams is a science journalist and author of Override: My quest to go beyond brain training and take control of my mind.