In our era of globalisation, your job performance may depend on your “CQ”. So what is it?

Imagine meeting someone for the first time who comes from a distant country but is fluent in your language. There may appear to be no immediate communication barrier, so would you adapt the tone and cadence of your voice, or the spacing of pauses in your speech?

The number one predictor of your success in today’s borderless world is not your IQ, not your resume, and not even your expertise - David Livermore

How about altering your body language, mannerisms and facial expressions, depending on the background of the person in front of you? Would you sit or stand differently and pay attention to your hand gestures?

These are just a handful of the subtle shifts in behaviour that can contribute to what is known as your “cultural intelligence”, or CQ – and there is growing evidence that suggests they are well worth learning.

“The number one predictor of your success in today’s borderless world is not your IQ, not your resume (CV), and not even your expertise,” writes social scientist David Livermore in his book The Cultural Intelligence Difference. “It’s your CQ.”

According to the latest findings, a high CQ could be crucial in a wide range of careers, from bankers to soldiers and scientists and teachers – anyone, in fact, who regularly interacts with people from different backgrounds. 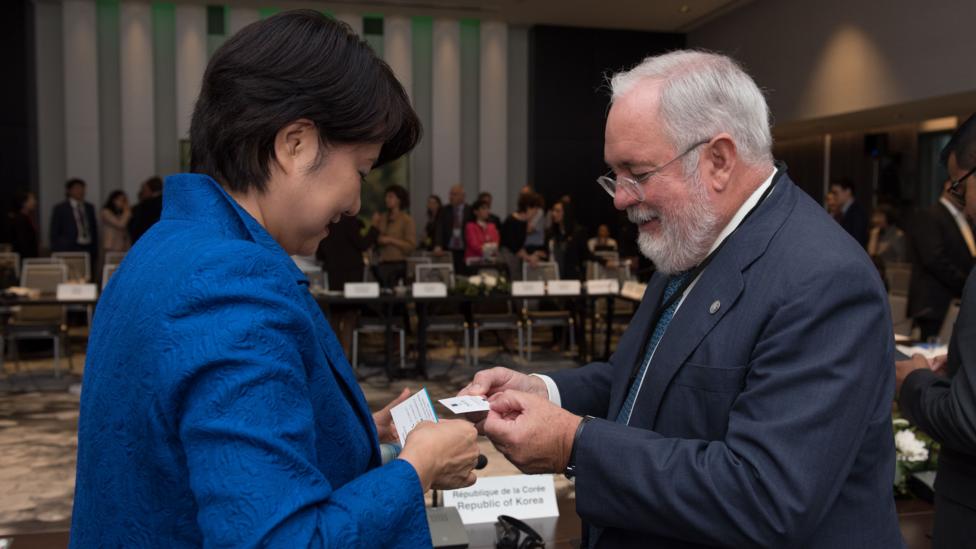 So what is CQ? Why do some people have a higher CQ than others? And how can we nurture these abilities?

Much of the research on CQ has been done by Soon Ang, a professor of management at the Nanyang Technological University in Singapore. In the late 1990s, her job was updating computer systems in Singapore to tackle the “Y2K bug” – a software glitch that was feared would bring down the world’s computer networks at the turn of the millennium. Ang put together an international team of programmers to solve the problem.

They were some of the brightest minds in the business, yet she soon found that they just couldn’t work together. The groups were ineffectual and failed to gel. Often, individual members would appear to agree on a solution, but then implement it in completely different ways.

She saw that these highly capable employees were stumbling over each other’s cultural differences, leading to a breakdown in communication and understanding

Clearly, it wasn’t a question of expertise or motivation. Instead, she saw that these highly capable employees were stumbling over each other’s cultural differences, leading to a breakdown in communication and understanding.

These insights would lead Ang to collaborate with the organisational psychologist P. Christopher Earley, then at the London Business School but now dean of the school of business and economics at the University of Tasmania, Australia. Together they built a comprehensive theory of CQ, which they defined as “the capability to function effectively in a variety of cultural contexts”.

Typically CQ is measured through a series of questions that assess four distinct components. The first is “CQ Drive” – the motivation to learn about other cultures. Then there is “CQ Knowledge”, which is an understanding of some of the general cultural differences you may face. “CQ Strategy”, examines how you make sense of those difficult confrontations and learn from them while “CQ Action”, involves your behavioural flexibility – whether you are able to adapt your conduct like a cultural chameleon. 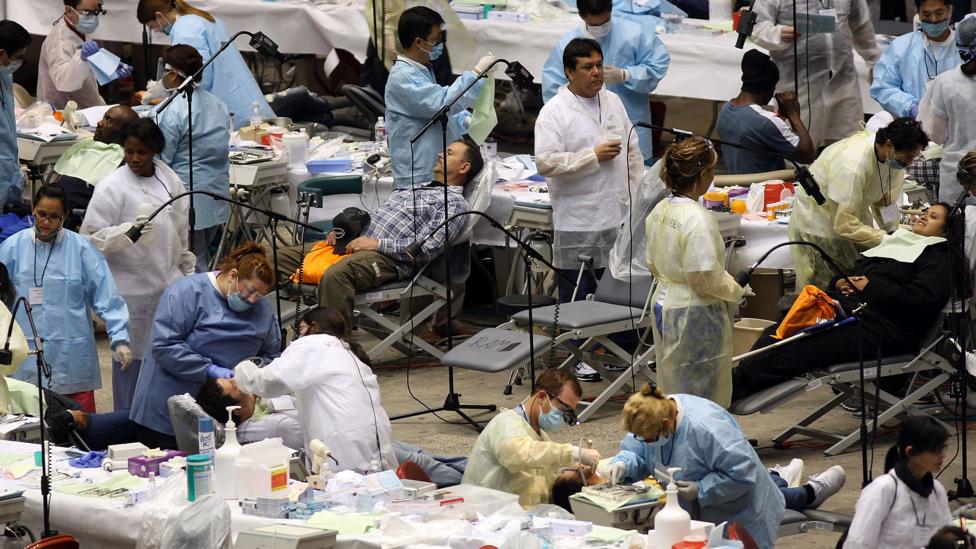 Someone with low CQ might have a tendency to view everyone else’s behaviour through his own cultural lens. If he comes from a more gregarious environment, for instance, and notices that his Japanese or Korean colleagues are very quiet in a meeting, he may assume that they are being hostile or bored. In aviation, such cultural differences have sometimes caused a breakdown in communication between pilots and air traffic controllers, leading to fatal crashes.

A person at the top of the scale, meanwhile, might realise that silence is a sign of respect and that feedback won’t be given unless it is explicitly invited. As a result, she’ll make sure to offer suitable opportunities within the meeting for others to provide their opinions.

Perhaps unsurprisingly, many studies have explored how expats adapt to life abroad, showing that those with the highest initial CQ will find it easier to adjust to their new life. But CQ can also predict more objective aspects of job performance, such as international sales performance, negotiation skills, and overall leadership ability.

One study from 2011 measured the IQ, emotional intelligence, or EQ, and CQ of 126 officers studying at the Swiss Military Academy as they engaged in various assignments supporting the United Nations in foreign territories and on international training exercises. Although all three forms of intelligence appeared to contribute to their overall performance, CQ turned out to be the best predictor – accounting for around 25% of the variation in the officers’ success on the international missions. IQ, by contrast, only predicted around 9.5% of the differences, while EQ predicted 3.5%.

While people with a high CQ might naturally gravitate to international jobs, these studies suggest differences in CQ can also predict their performance once they’re hired.

This evaluation is leading many companies to consider testing CQ and find out how they can boost their employees’ scores. Organisations such as Starbucks, Bloomberg and the University of Michigan have used the services of the Cultural Intelligence Center in Michigan, which offers intercultural assessments and a range of courses.

Crucially, Livermore, who is president of the Centre, says that CQ can be learned. There’s no replacement for direct, personal experience in another country, though it seems that people mostly benefit from having tasted a variety of different cultures if they want to learn those generalizable skills. “While understanding a specific culture can be useful, it may not predict at all your ability to engage effectively in a new place,” he says. “In fact, our research finds that individuals who have spent extended time in multiple locations are more likely to have higher CQ Knowledge than those who have lived multiple decades in one overseas setting.”

But explicitly teaching some of the key concepts seems to ease that process. Employees may take a CQ test and then work with a coach to identify potential challenges. Afterwards, they discuss those experiences and the ways they could adapt their behaviour in the future. Using this strategy, expat bankers moving to the Middle East and Asia appeared to have fully adjusted to their new life in just three months, while without the training, it normally took expat employees nine months to become fully functional.

But not everyone’s CQ grows with experience. Even after years of living abroad, some people’s understanding of other cultures appear to plateau, and they may also be resistant to training.

Now researchers are trying to discover the reasons for these differences. Melody Chao, a social psychologist at the Hong Kong University of Science and Technology believes one answer lies in an individual’s mindset.

She has been inspired by the work of the educational psychologist Carol Dweck, who has shown that people’s beliefs of their own capabilities often become self-fulfilling prophecies. On one hand, some people view their abilities as “fixed” and unchangeable. Others may have a “growth mindset”, meaning that they see their abilities as being more fluid, and so they are likely to persevere through hardship and embrace new challenges.

If someone believes that cultural attributes are fixed, they may face greater anxiety during their interactions with locals, and may crumble after a confusing or difficult encounter

These differences soon add up, meaning someone with the fixed mindset may start out with greater natural talent, only to quickly fall behind someone with a growth mindset.

Dweck’s work considered traditional concepts of intelligence, but Chao has shown that a similar process underlies changes in CQ too. If someone believes that cultural attributes are fixed, for instance, they may face greater anxiety during their interactions with local people, and may crumble after a confusing or difficult encounter without thinking of ways to adapt in the future. As a result, those cultural differences may come to feel like insurmountable boundaries. 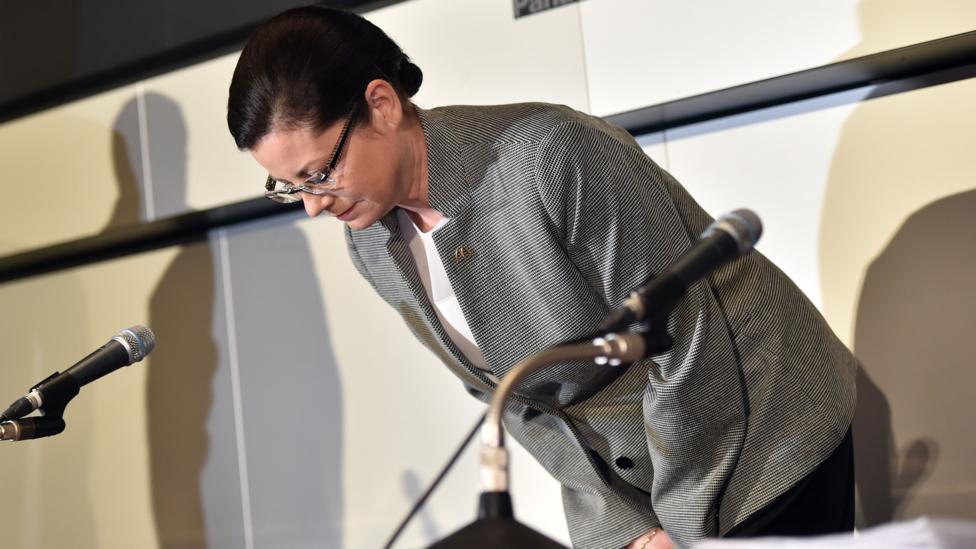 “Individuals’ beliefs create a reality for themselves,” says Chao. She argues that businesses could measure these underlying beliefs in addition to their employees’ raw CQ scores, and adjust their training to address those anxious, fixed beliefs.

Despite these new ways of thinking about CQ, research in this area is still in its infancy, warns Chao.

“As international and intercultural dynamics have been changing very rapidly, there is still much for us to learn about how to enhance cultural competence of individuals,” she says. In a world where our global connections grow ever tighter, that new understanding can’t come quickly enough.

David Robson is a freelance writer. He is @d_a_robson on Twitter.