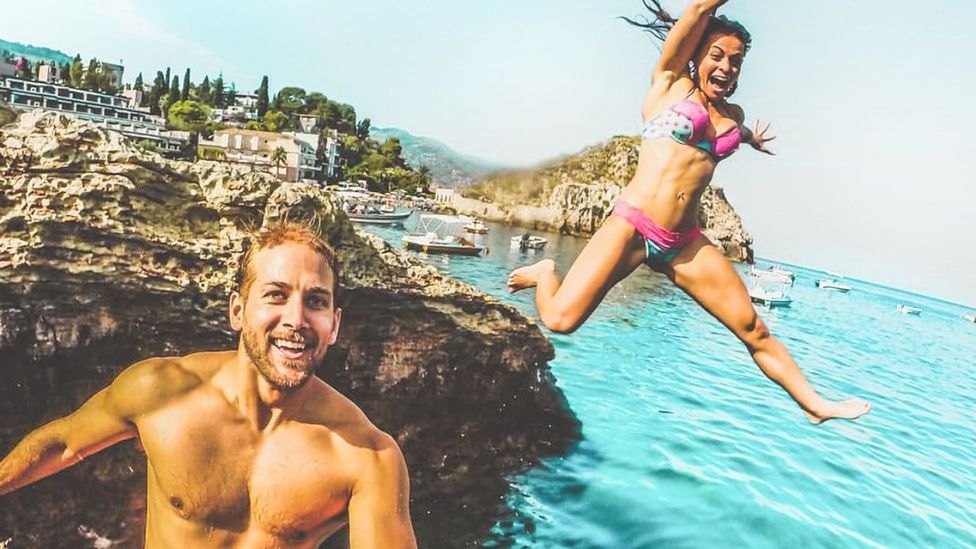 By Jessica Holland 19th October 2017
Being an Instagram influencer can be lucrative, but it isn’t always as effortless as the filters would have us believe – those who actually make a living are in the small minority.
E

Collette and Scott Stohler have what looks like the dream career. They travel the world for six months a year and are paid to post photos, videos, newsletters and blogs on their website and social media channels.

Their Instagram feed (@Roamaroo) is a brightly coloured montage of perfect moments – kayaking in turquoise waters, clinking glasses on balconies or snuggling on pristine beaches. But, Collette says, behind the scenes “it’s not as glamorous as you see in a feed. Just know that we’re on the beach only for a moment to take a photo.” 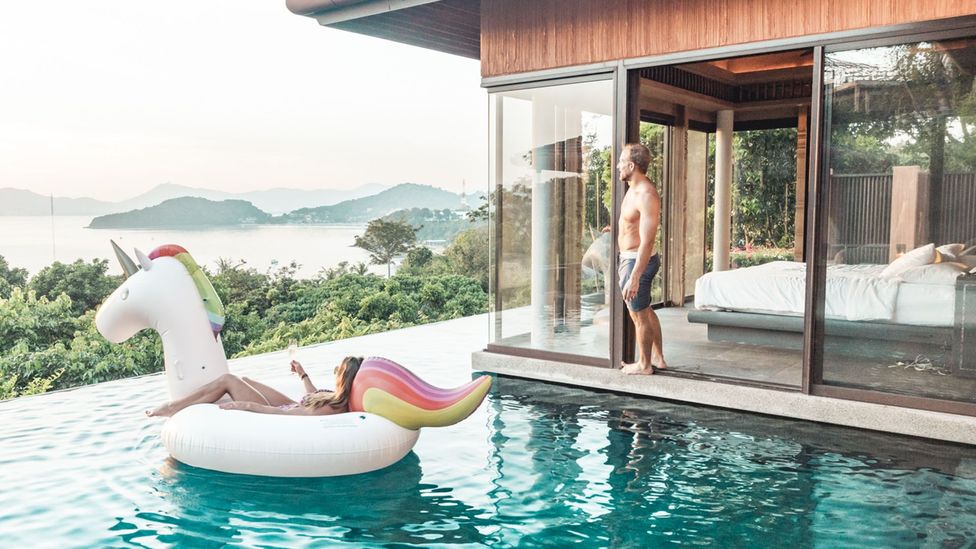 While the average cubicle-dweller may find it hard to sympathise, she says the life of an “influencer” requires relentless hard work: thousands are competing for the same marketing dollars.

The number of social media influencers – people like the Stohlers with huge audiences and companies eager to piggyback on their success – is growing, and the industry is evolving rapidly. But only a tiny minority are able to make a living doing so. Philip Trippenbach, head of influencer at marketing firm Edelman, says that while “the best” can command astronomical fees, “those who are merely pretty good, get nothing, essentially.” The cost of the average sponsored post, according to Adweek, is around $300.

Collette and Scott – who are based in Los Angeles and aged 30 and 34, respectively – charge around $2,000 per post, and earn around $200,000 per year, most of which is ploughed back into the business. But, Scott says, “it doesn’t just happen. You need to hustle. For every 50 pitches we’ll only hear a couple of yeses. You have to have that grit and that passion.”

The couple, previously an engineering manager and an ad producer, launched Roamaroo two years ago. They had come to the end of a seven-month, round-the-world trip they decided to take with money saved for a second home, after listening to a podcast about adventurous sabbaticals. Towards the end of their journey, they realised that their social media following had been growing, and decided to turn their nomadic lifestyle into a business.

Now, they work together with tourist boards, hotel groups and other brands to plan trips that they document and publish on their website and social media accounts.

The Stohlers began by approaching potential clients and working out deals for writing, photographing and filming their holidays.

When working with a destination company such as a hotel, this involves all-expenses-paid trips to exotic locations, plus a ‘content creation fee’

Now, when working with a destination company such as a hotel, this involves all-expenses-paid trips to exotic locations, plus a “content creation fee”.  Other companies simply ask their products to be featured in photos that they might take, for instance while hiking near their home in California. 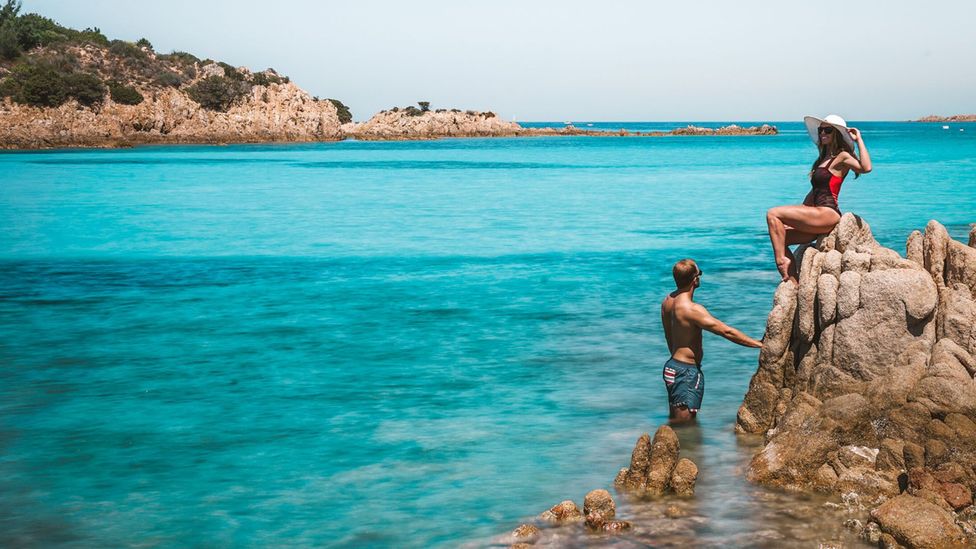 While the clients can dictate how many Instagram posts are in the deal, for example, the couple gets final say on what they write and what photos to publish.

The Stohlers say branded posts make up around 25% of their social media feed, and now, while they still pitch for work, the companies also come to them.

This means planning travel around client destinations most of the time, rather than picking their own destinations. When they’re away, Collette says, “the majority of our time is spent shooting. We rarely have time to ‘kick back’ on work trips, but sometimes we're able to add a day at the end (on our own expense) to explore.”

Kit Whistler and J.R. Switchgrass, another Southern Californian couple with a love for travel, have accumulated more than 150,000 Instagram followers as they document their nomadic lifestyle on the handle @IdleTheoryBus, which involves swimming naked in creeks, hiking in America’s natural parks, and star-gazing in the wilderness.

They experimented with supporting themselves as influencers in 2015, after three years on the road in the orange VW camper van that doubles as their home. But the couple, who are now in their late twenties, became disillusioned fast. “You can’t make a living selling 150,000 followers to brands,” Kit says. “Not unless every post is a sponsored post, or unless you want to live at the poverty level.”

Now they have just one long-term deal, with a water-bottle company that they’re obliged to place in photos once a month, and which provides about 10% of their income. 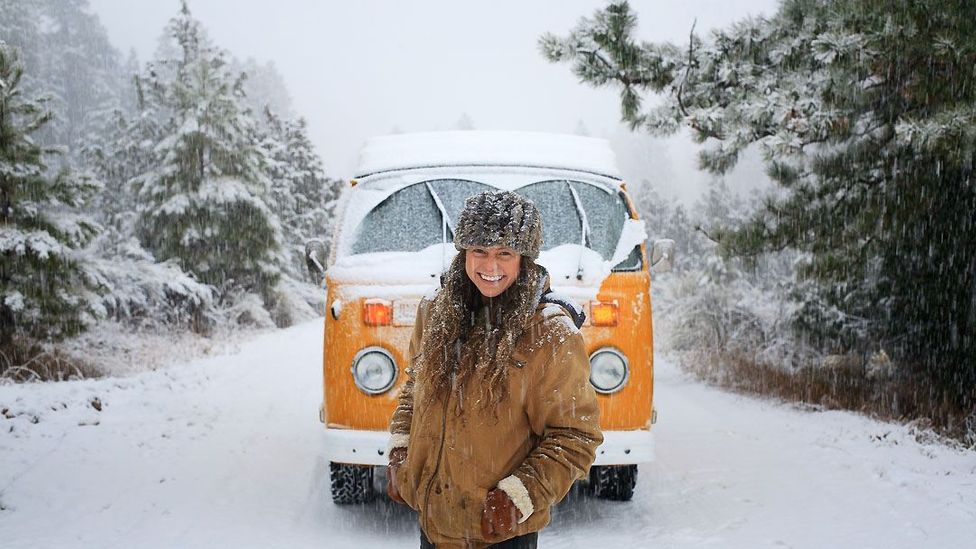 The rest of their income, which they describe as “middle-class”, comes from sales of their self-published book of photos and stories, as well as real-estate photography for marketing brochures and manual labour. “We have built real relationships online, across years, with people who respect our art and want us to make more of it,” Kit says. “Companies can't really pay enough for that.”

If you really want to do this, you have to be amazing. You’ve got to stop my thumbs when I’m waking up in the morning – Philip Trippenbach

Although making a living as an influencer can be hard, the industry is evolving fast, and there are no hard-and-fast rules about anything right now, especially involving pay. The effectiveness of influencer marketing can be hard to measure – a study by Rakuten Marketing found 38% of brands are unable to tell whether influencer activity actually drives sales, and 86% are unsure how influencers calculate fees. Despite this, 75% were planning on increasing their influencer spend in the next year. “This is really the Wild West right now,” Trippenbach says.

“Is this a way you can make money?” he asks. “Yes. And the source of that money is going to increase. But if you really want to do this, you have to be amazing. You’ve got to stop my thumbs when I’m waking up in the morning and scrolling through Instagram. You’re competing with the video of my niece walking for the first time. You have to match that emotional intensity.”