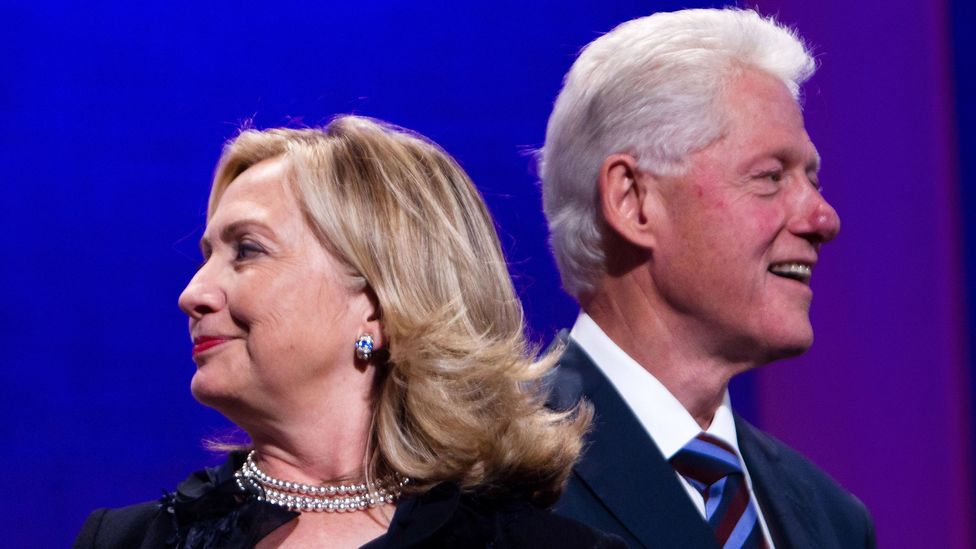 By Tiffanie Wen 27th October 2017
Charismatic people have mastered a complex set of communication skills which give them considerable advantage in work and life.
W

What do Bill Clinton, Steve Jobs and Tony Blair have in common? Love ‘em or loathe ‘em, they all oozed charisma. Charismatic leaders can inspire followers to be more loyal and work harder. But are there different ways in which leaders can be charismatic?

While charmers are popular, charismatic people don’t have to be

While BBC Capital has previously examined how being charming can help influence people in the workplace, charisma involves a rather different set of skills. Researchers have shown that charisma involves communicating (whether verbally or in written text) using powerful metaphors and anecdotes, using expressions and body language that successfully convey emotions that back up your message while displaying confidence, among other traits.

Charm involves making eye contact with individuals and flashing them a smile, getting people to talk about themselves, asking personal questions and making empathic statements, whereas charismatic leaders don’t necessarily have to interact directly with the people they influence at all – they can do it from afar. So, while charmers are popular, charismatic people don’t have to be.

“You can be charismatic without being likeable,” says Olivia Fox Cabane, an executive coach and author of The Charisma Myth.  She uses Steve Jobs as an example, someone who was deeply disliked by some of his employees but still considered to be incredibly charismatic. 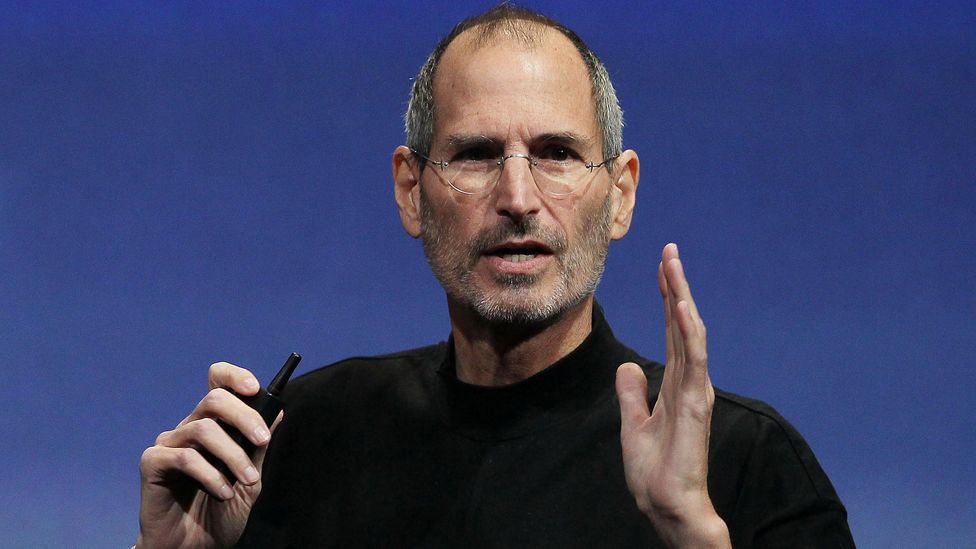 Steve Jobs in 2010, employing many of the verbal tricks and gestures needed to inspire followers (Credit: Getty Images)

Fox Cabane demarcates several types of charisma: difficult-to-acquire ‘star power’ charisma, exemplified by Marilyn Monroe, who loved performing for the camera; ‘focus’ charisma, which involves listening attentively; and ‘kindness’ charisma, displayed by the Dalai Lama, which can be learned.

It turns out, there are a lot of quantifiable benefits to using charismatic behaviour.

For instance, when the values a leader stands for overlap with those of the people he or she is trying to influence, a ‘charismatic effect’ can occur. “People will identify with you more, they will want to be more like you, they will be more willing to follow you,” says John Antonakis, professor of organisational behaviour at the University of Lausanne.

Independent of how attractive you are, if you’re more charismatic in a short clip competing for venture capital funding, you’re more likely to get backed – John Antonakis

In one 2015 study, Antonakis and his colleague found that temporary workers at a fundraising campaign increased their output by 17% after watching a charismatic pre-recorded motivational speech versus a standard speech.

“Independent of how attractive you are, if you’re more charismatic in a short clip competing for venture capital funding, you’re more likely to get backed,” Antonakis says. “For people who give TED Talks, you’ll get more views and your talks will be considered more inspiring if you deliver the talk in a more charismatic manner.” 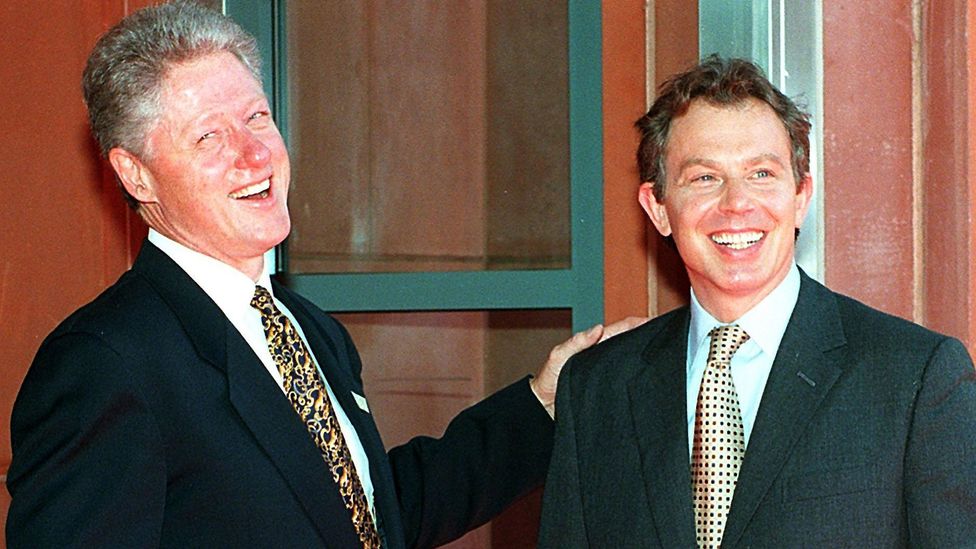 Charisma can even increase people’s willingness to cooperate. Antonakis did an experiment where participants were shown a video of an actor trying to persuade them in a charismatic way to cooperate in a game that mimics financial decisions. Players were more likely to contribute to the collective benefit rather than enjoy a ‘free ride’. “Charisma can help people by not only affecting their preferences but their beliefs about what they think other people will do,” Antonakis says.

Why do these effects occur? Research suggests it comes down to trust. A study from 2016 found charismatic leaders were more likely to be trusted by their employees, who in turn were more willing to help colleagues, show concern about the future of the team or display commitment to the company beyond their contractual obligations in other ways.

Bjorn Michaelis, a professor of management and organisation at Kühne Logistics University in Germany and one of the authors of the study, says charismatic leaders show employees they have high ability by generating new ideas and integrity by taking personal risks for the good of the organisation. Think of CEOs like Mark Zuckerberg, who famously makes a salary of $1 and Elon Musk, who has never accepted a salary from Tesla.

Can you train yourself to be more charismatic?

For those wanting to be more charismatic, there is evidence that it is not such a magical, or imperceptible quality as it might first seem.

Most of it stems from the way we use words and how points are conveyed. For example, in one set of studies, Antonakis trained middle managers at a German company and MBA students to be perceived as more charismatic by using what he calls charismatic leadership tactics.

These are made up of nine core verbal tactics including metaphors, stories and anecdotes, contrasts, lists and rhetorical questions. Speakers should demonstrate moral conviction, share the sentiments of the audience they are targeting, set high expectations for themselves, and communicate confidence. Managers trained to use these tactics were rated as more competent, more trusted and able to influence others. MBA students who analysed recordings of themselves giving speeches, with these tactics in mind, ultimately gave new speeches that were rated as more charismatic. 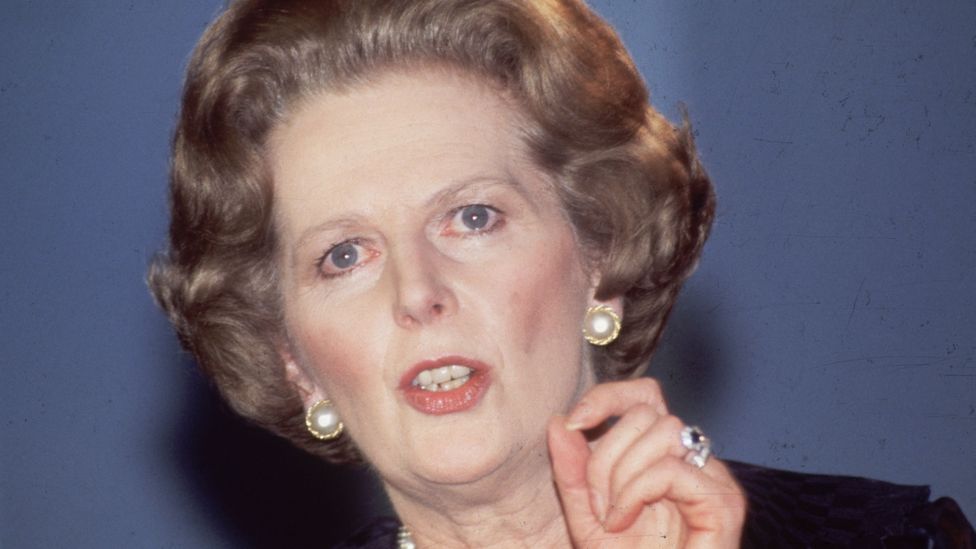 “Margaret Thatcher was unbelievably charismatic because of her rhetoric and use of these tactics,” Antonakis says. Analysis of a speech the UK Prime Minister delivered to the Conservative Party Conference in 1980, known as ‘The lady’s not for turning’, highlighted her extensive use of many of these verbal tricks. Her speech was packed with metaphors, rhetorical questions, stories, contrasts, lists, and references to ambitious goals.

In comparison to Bill Clinton, Hillary Clinton came across as a tad cold [during her run for the Presidency]; she did not convey a warm and folksy sort of image like her husband did – John Antonakis

But it’s not just how you use words that is important. Body language, gestures, facial expressions and tone of voice contribute to emotional signalling too and should match the message you want to convey. “What you need to convey [is] the appropriate emotion to what you’re saying. You need to look credible so people will trust you, ” says Antonakis.

This is likely one of the factors that makes Hillary Clinton less charismatic than Bill, he adds. “In comparison to Bill Clinton, Hillary Clinton came across as a tad cold [during her run for the Presidency]; she did not convey a warm and folksy sort of image like her husband did.” He adds that her gestures, facial expressions and tones didn’t emotionally reinforce her message, making her “sound scripted.”

Authority charisma is useful when the house is on fire and you need to get everyone out. While you don’t care much about how much people like you, you do care about being obeyed

Fox Cabane, who trains executives to be charismatic, especially when dealing with the public via speeches or interviews, says the strategy you use to increase the trait depends on what kind of charisma you want to exude.

“Authority charisma is useful when the house is on fire and you need to get everyone out,” says Fox Cabane. “While you don’t care much about how much people like you, you do care about being obeyed.”

She says the best way to improve authority charisma is to improve your self-confidence. She often sends clients to martial arts classes and emphasises the benefits of taking up physical space, pointing to Amy Cuddy’s research on power poses.

“Standing as if you are a big gorilla intimating a rival off the territory really does work,” she says. 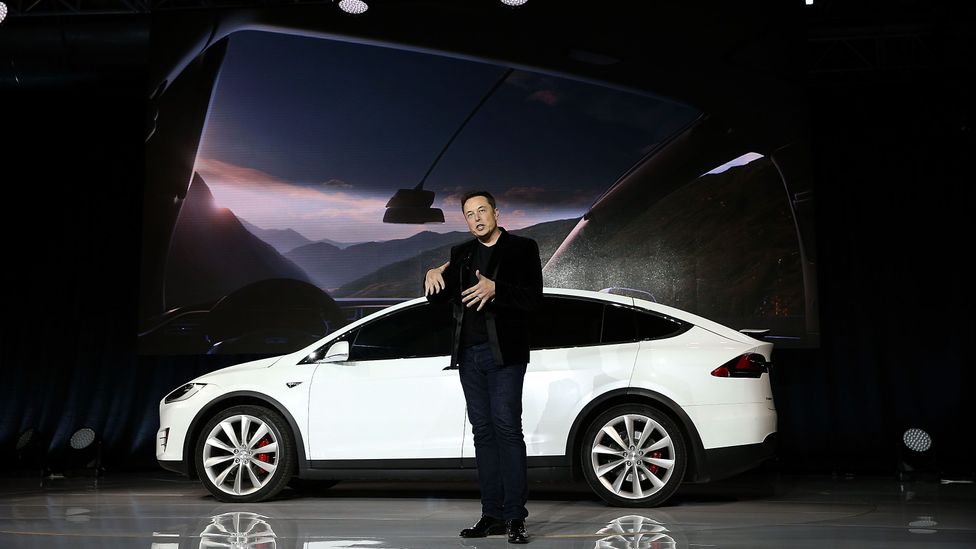 Charismatic leaders show integrity by taking personal risks for the good of the firm such as Elon Musk, who has never accepted a salary from Tesla (Credit: Getty Images)

Fox Cabane describes Steve Jobs as a quintessential example of someone who learned what she calls “visionary charisma” over the course of his career. She has analysed clips of his speeches over the years.

“In his first presentation in 1984, you can see he’s a nerd,” she says. “He’s depending on the product to sell itself. He displays no power nor presence, and certainly no warmth. “But what you see gradually through the early 2000s, is Jobs gaining the elements of charisma. He displays presence first – he looks at his audience and focuses on them rather than the product. He learns power second, gradually taking up more of the stage, and projecting his voice.”

There's another tried and tested way in which well-known figures will ultimately increase their charisma. Research suggests we often romanticise people after their death and perceive them to have been more charismatic. In a study from 2016, participants read a story about the career of an American scientist who created a vaccination for a specific bacterium. When the article emphasised that the scientist had died from a disease originating from the bacterium in question, people rated him as more connected to America, and more charismatic.

The study also looked at newspaper references to heads of state who died in office between 2000 and 2013, and found leaders were more likely to be regarded as charismatic post-mortem.

This last one may be an effective method, but we don’t recommend it.