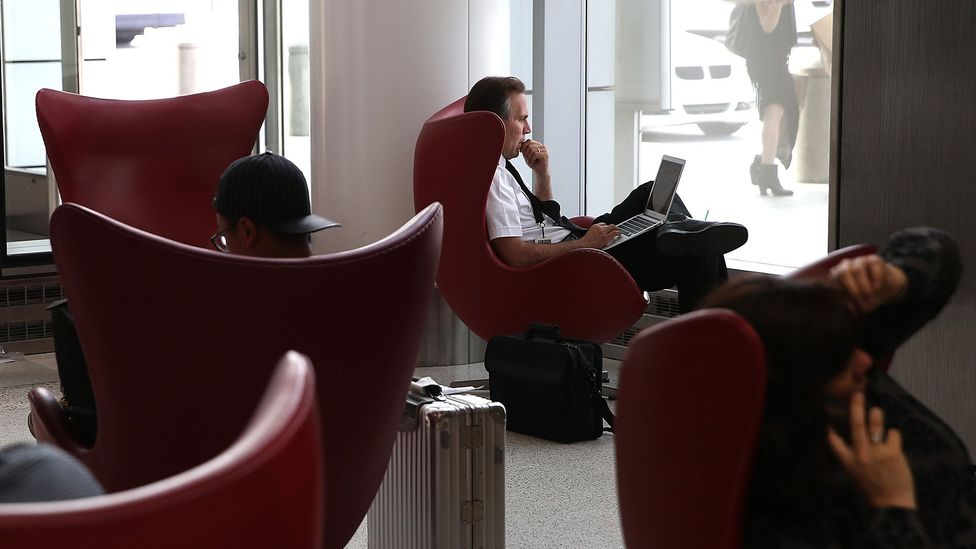 For business travellers like Sarah Diebel, who manages some of the top recording artists in the world, waking up in a different city every day is just part of the job.

In a typical week she’ll fly from her home in Los Angeles to Las Vegas for a client’s concert, then back to LA the next morning, just to catch another flight to Stockholm to film a music video. After a few days in Sweden, she’ll return to LA, only to board another plane three days later for a five-hour flight across the country to Rhode Island for one night, before returning to LA early the next morning.

This schedule leaves little time for sleep, let alone exercise. While that may not matter to someone who makes this kind of trip once maybe twice a year, for someone like Diebel it takes a lot of effort to stay healthy on the road – or costs a lot to have someone else help make the arrangements.

“Depending on how much you can afford, you can bring your chef on the road, you can bring your [personal] trainer, you can do all these things” she says. “If you look at musicians who travel for work, we are able to set up their travelling life to be really similar to what their life is like at home.”

Life on the road

Even those with seemingly limitless funds have only so many hours in the day available when they’re not working. But they can turn to people like Matt Dixon, founder of Purple Patch Fitness, to figure out how to use it most efficiently. Dixon is the head coach of the Ironman Executive Challenge programme and has trained billionaires such as Mark Zuckerberg and venture capitalist Michael Moritz. 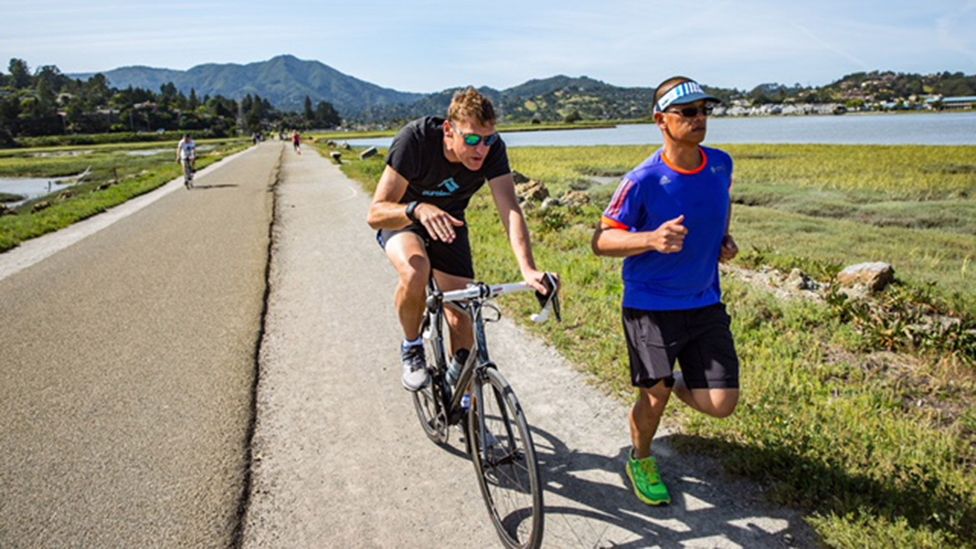 When designing workouts for the elite, he doesn’t try to figure out how many hours a week they can train. Instead, it’s about having what he calls an “optimisation mindset,” which means starting with how many hours you have available in a given week and then figuring out how best to use them. It’s something most business travellers can do – though he concedes it is not always going to be perfect.

“When on the road, you can’t look for utopia,” Dixon says.“When the athlete or CEO is at home, we maximise there; when they are travelling, we bring everything else to get as close as we can to utopia.”

And utopia for travelling executives comes in many forms.

“Treadmills, spin bikes, some [clients] travel with stretch cords where they tie themselves to a swimming pool, so in a little 10-metre hotel swimming pool, we’ll give them interval sessions on a stretch cord – so there are all sorts of ways to keep them progressing,” Dixon says.

The need for this flexiblity is something Bruce Eckfeldt knows well. He is a business growth coach and endurance athlete who has run multiple marathons and completed an Ironman triathlon. To stick to his strict fitness regimen while travelling for work, he sometimes has to get creative – once in Milan he scoured the web to find an Olympic pool in the city, all so he could run there for a 45-minute swim before his first meeting of the day.

Eckfeldt says having lots options prevents him skipping a workout if his schedule changes.

“I always either have an in-room workout I can do, or something I can do outside, so I’ll bring running shoes, an exercise band and things I know I can do anywhere,” he says. 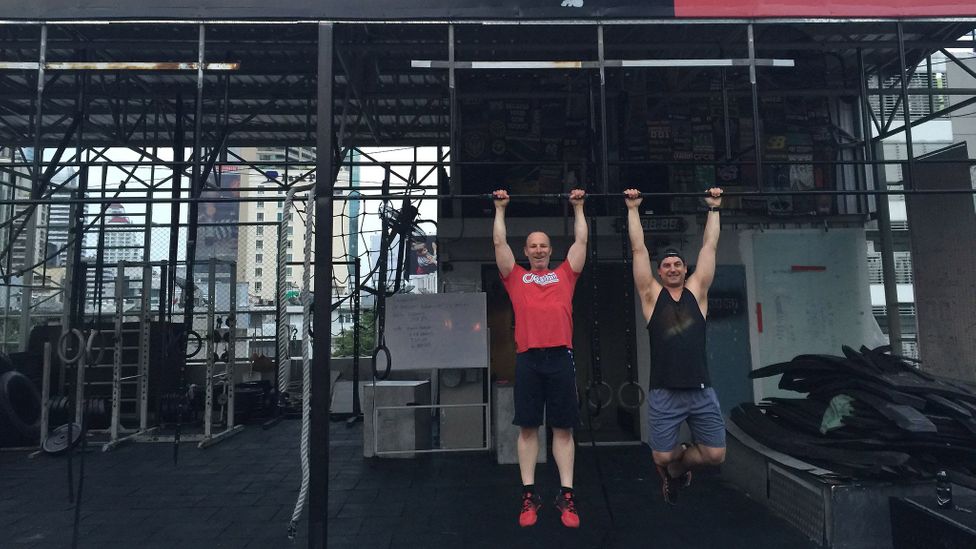 Not everyone is trying to stay fit for specific challenges like marathons or Ironman events. For someone like Diebel, staying healthy is about building it into her regular travel routine. Before a long flight, she gets in a good workout and switches to her destination time zone, even if it means setting her alarm to wake her up while in the air. Even small things – like avoiding typical airport food – make a big difference, she says.

“I travel to and from LAX [Los Angeles’ largest airport] up to four times a month. If I’m travelling from terminal six, there is a juice bar that I love where I buy kombucha, probiotics, healthy food and bring it on the plane. If I’m leaving from terminal four, there is a vegan restaurant I adore”.

Once at her destination, her schedule allows little time to exercise. One solution for this is a 20-minute breathing meditation every morning in her hotel room. She also opts for hotels that provide saunas and massage – things she would try and incorporate in to her routine at home. And if she has time, she tries to walk to meetings to get her heart rate up, which also lets her see a bit of the city she’s in.

The demand for health-conscious travel has created opportunities for entrepreneurs like Brian Chappon.

A business traveller for 15 years, he made the mistake one year of hopping on a plane straight after running a marathon in Dubai.

“I got a DVT [deep vein thrombosis] in my calf. I was sitting in the Dubai airport thinking, ‘OK, this isn’t good’,” says Chappon. Chappon’s sister, a nurse, diagnosed his condition quickly, and friends took him to a local hospital for treatment. 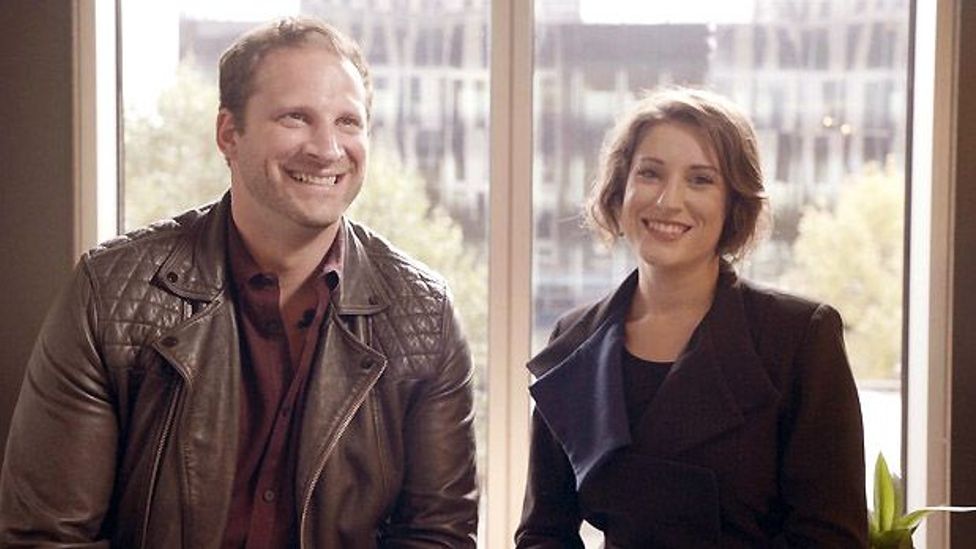 The ordeal made him ask: why aren’t there spaces in airports for those with health and well-being in mind?

This question eventually led him to launch Flyfit, a start-up which creates airport “wellness studios” – in other words, lounges designed for fitness-conscious travellers. His venture is scheduled to launch this year at Heathrow, with plans to open in US airports next year.

He says he has seen growing demand for healthy food options and spaces to sweat in rather than sit and drink champagne – in one poll, he asked hundreds of travellers and found 70% said they would use a wellness facility if it existed at an airport they used regularly.

Though they cost visitors £45 ($60) per visit, he says his studios are designed for healthy living rather than luxury, with showers, juice bars, workout spaces, exercise bikes, meditation pods and live yoga classes.