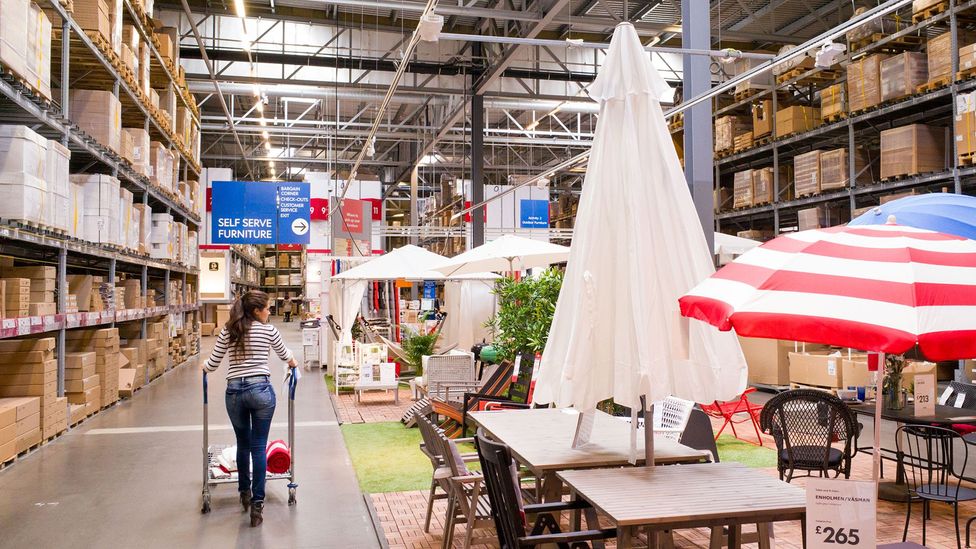 The flat-pack furniture giant has some subtle – but powerful – methods to influence buyer behaviour.
I

Ingvar Kamprad, who started Ikea as a teenager, died last week at the age of 91. He started with stationery and stockings, but went on to build one of the world’s biggest furniture companies. And the way he did it has revolutionised how retailers operate.

There are two facets of modern life that we have Ikea to thank for: flat-pack furniture and a shop layout that gets you buying more of its products than you initially intended to. Both are principles that a number of other companies have put to good use. 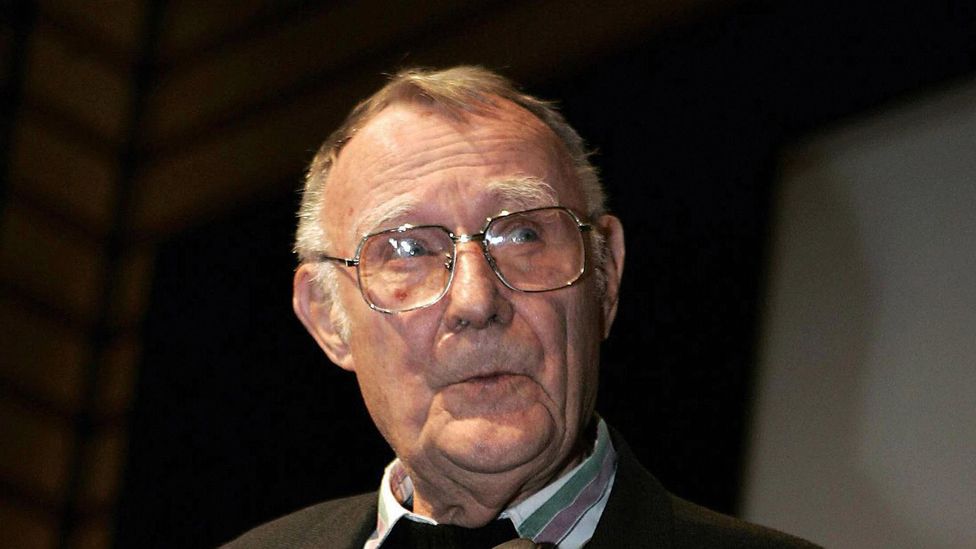 Ikea first brought out its now signature style of flat-pack furniture in the 1950s. Whether you love or loathe this concept, it was a stroke of genius and a effective way of making the masses value the brand. There are the obvious aspects of cost efficiency and the practicality of shipping. But flat-pack furniture also has an important subconscious influence on consumers.

When Ikea made the switch away from selling furniture that was already assembled, it was most likely unaware of how it would influence its consumers. Yet scientists have since managed to pinpoint why consumers simply can’t get enough of building their own furniture. The simple act of touching products (and what better way to ensure touch based interaction than through assembling a piece of furniture) can increase your overall perceived value of the product. Couple this with the fact that the more effort a consumer has to put into building something the more they like it – you have an undoubtedly winning formula.

Tests have shown that the actual act of putting something together (even though there may be sweat, swearing and tears involved) so that it becomes a complete object generates a much more favourable perception of that object than it would purchasing it in a completed form. The phenomenon is known as the Ikea effect.

This effect is further enhanced by the fact that touch itself is neurologically coupled with emotion. This means that when we touch something the emotive part of our brain is activated so that we experience a close connection with the product. Touch creates feelings of ownership and increases the perceived value we have of items. Thus the happy assembler of the flat pack will, once finished, feel proud of their achievement and experiencing feelings of being closely connected to the item.

Round and round in circles

The layout of the Ikea stores has also paved the way for a more creative way of thinking about how to guide shoppers. If you have ever visited one of its huge warehouse stores, you may have gone in thinking you were only buying a few items, to find yourself coming out of the store with a trolley full of things. This is because of its circular design and one-way system. 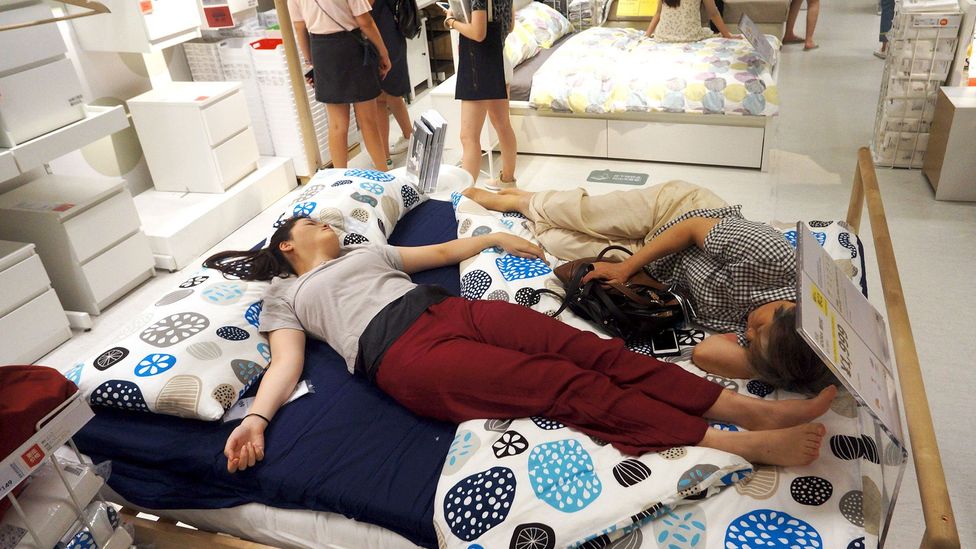 People nap on a bed at an Ikea store to escape the heat outside in Hangzhou, China, in 2017 (Credit: Getty Images)

This design means you often can’t see what is coming next and fear you’ll miss something you need if you don’t continue all the way along the path. There are potential escape points throughout the store, but that would mean that you will miss several of the sections and rarely consumers are prepared to take that risk.

Because you know it may be tricky to revisit a particular item later on, you are inclined to pick it up when you see it and put it in your big trolley. This ensures that the customer touches the product, which in turn again generates a psychological sense of ownership over it and decreases the likelihood that it will be put down en route to the tills.

The fact that you can’t see around the next corner also creates a subconscious sense of mystery, which draws the customer gradually further into the store

The fact that you can’t see around the next corner also creates a subconscious sense of mystery, which draws the customer gradually further into the store. Environments perceived to be mysterious usually generate an overall stronger liking and so encourage shoppers to keep walking through the store. And the more you do this, the more likely you are to buy something – especially all the smaller items on display such as candles, napkins and picture frames as they seem cheap compared to the larger more expensive items.

Ikea’s creative ability to tap into the unconsciousness of consumers is undoubtedly a big part of its success – and also why it’s been copied by many other companies. Even though Ingvar Kamprad is no longer with us, Ikea has inherited from him an ethos of thinking outside of the box to communicate with consumers. It will be interesting to see what follows next.

Cathrine Jansson-Boyd is a reader in consumer psychology at Anglia Ruskin University. This article originally appeared on The Conversation, and is republished under a Creative Commons licence.