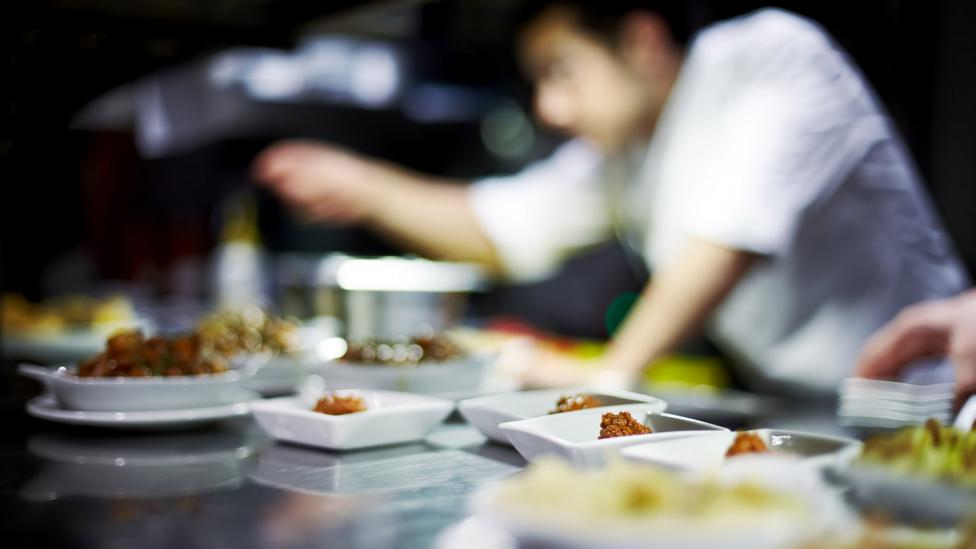 By Tiffanie Wen 2nd February 2018
The very wealthy can afford to bring their personal trainer, bodyguard or private chef with them when they travel. But for these support teams, what is the job actually like?
F

For Catherine Richey, being a personal chef doesn’t mean being cooped up in someone’s kitchen, slaving over gourmet meals at their every beck and call.

Sometimes it means free travel for her and her whole family as part of her boss’s exclusive entourage.

“My client wanted me to cook for them at their ranch one Christmas. And I told them I couldn’t go without my family. So they flew my husband at the time, and our three kids, and all the groceries on our own private jet. My kids got to have a great vacation for five days.”

Richey is a personal chef and founder of Lavish Cuisine, who worked as a private chef for a wealthy oil and gas family from Texas for three years.

As a private chef, hers is a small number of professions that exposes her to the private and personal lives of ultra-rich clients. For the very wealthy who spend a lot of time travelling, it’s not uncommon to bring an indispensable trusted team on important trips – whether it’s for security, to maintain a fitness regime, or just to have the comforts of home while on the road. 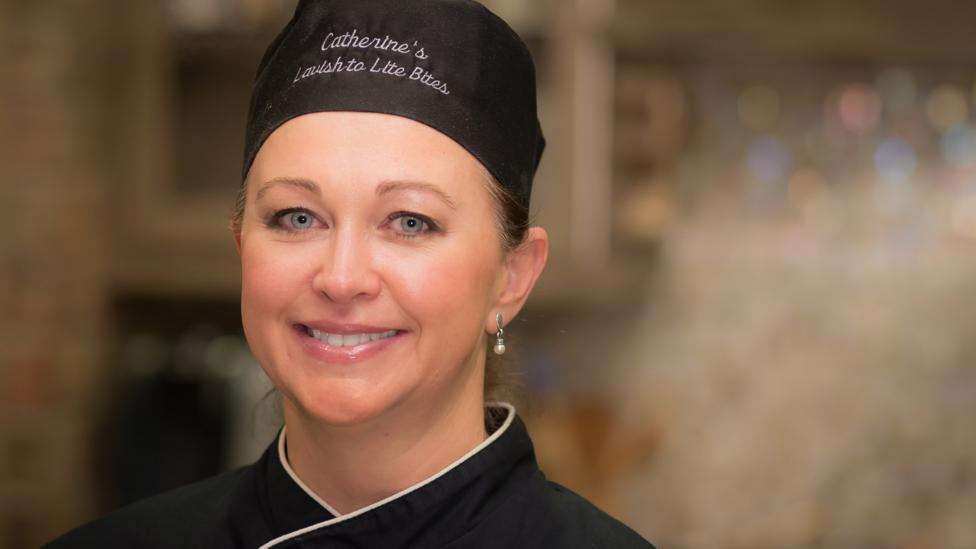 The job had high demands and periods of high stress, says Richey, who would accompany her employers to multiple residences around the US, or with them on holiday further afield. Combined with work she did for other clients, she was paid about $65,000 a year, and hours varied according to whether she was travelling or not.

“The client might call and say ‘I need dinner for 16 people’, when they had originally planned to go out to a restaurant,” she says. “Or we might fly to a remote location that doesn’t have a decent grocery store nearby, so I would have to get all the groceries and equipment and meet them at the airport within a couple hours.”

More important than an extra pair of hands for a dinner party, though, is the need for discretion.

“A huge component of being willing to spend the extra money to fly someone along with you is that they trust you,” says Richey. “Knowing that I would be behind the scenes when the clients were with their family or work colleagues or friends, they have to have the confidence in knowing that whatever happened at the lake house that weekend wasn’t going to go farther than that.”

These conversations have a real effect on society and you can’t share them. Everyone needs to trust you – Evan Barbier

“Confidentiality is obviously key,” says Evan Barbier, founder of the Barbier Security Group, who has provided private security for celebrities, members of government and political candidates, and has flown with clients internationally. “You might be in the car listening to strategic conversations and political strategy and then the next day or a few hours later you’re listening to the opponent. These conversations have a real effect on society and you can’t share them. Everyone needs to trust you.” 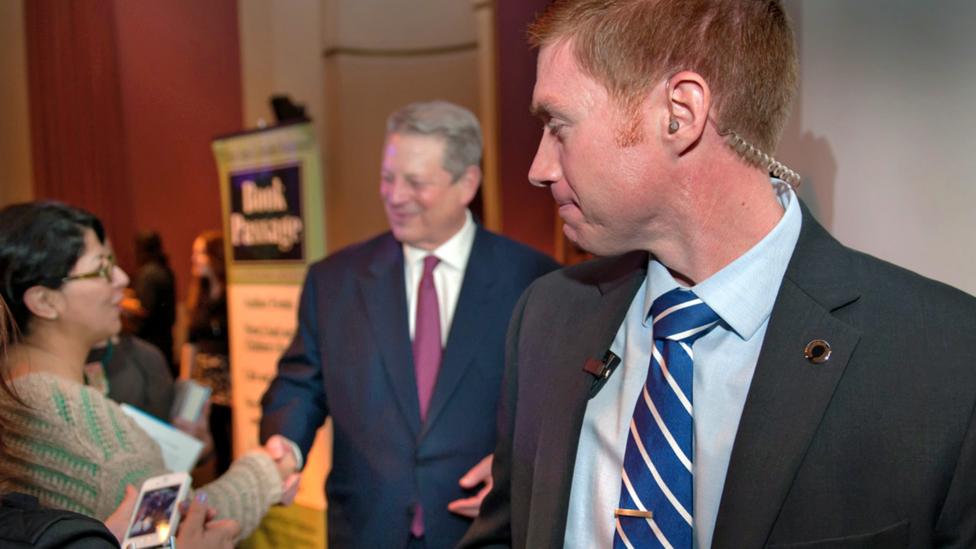 Flexibility and confidentiality come at a high price – Barbier says personal security can cost $1,000-$2,000 per day per guard. Similarly, flying your own personal trainer out for a session can cost 20 times as much as a regular session in town.

Debrae Baren is a personal trainer in the US state of Ohio whose clients include business owners, doctors, and even the owner of an airline. Baren’s day rate, excluding her travel expenses, is $900. “But I know their routine, have created different and challenging sessions for them and know what they are working on,” says Baren. “Once you have the trust and rapport, they don’t want to change their trainer or schedule, even if they’re travelling.”

Richey says there are similarities in her profession. A chef will know a client’s tastes and dietary needs, and details such as what the kitchen and silverware are like. “A private chef frees up so much energy. Eating healthy or according to dietary needs is so important to our health. Having someone take care of that for you is huge.”

Members of the entourage, like private security detail, can also be thought of as a kind of travel companion, says Barbier. “To do this job well you’re a kind of a cross between security, a concierge and a personal assistant. I may pick the hotels because I’m taking a security-minded approach to it. We also talk to people early on about how visible they want us to be. Some clients are embarrassed to be seen with security. Others want us to be visible as part of their image.”

Some clients are embarrassed to be seen with security. Others want us to be visible as part of their image

Barbier says it’s important for members of the entourage to remember their role. “A common mistake is that security people think they’ve inherited by proxy the principle’s status or wealth. It’s always a bad image for your client when your detail is trying to get free things or start calling the shots.”

While it’s clear that the service economy has overtaken manufacturing in industrialised nations, it’s hard to pin down the exact demand for elite service providers. But anecdotal evidence also suggests an increase in demand: Barbier says he’s seen an increase in demand for private security, including for holidays, which he attributes to violence in the media and fears of terrorism.

Personal assistants are most likely to be employed by billionaires, celebrities and large and influential families, says Winston Chesterfield, director of custom research for Wealth-X, a Singapore-based financial intelligence firm. Those with a net worth of less than $100m are less likely to have an entourage.

At Wealth-X, Chesterfield has seen an increase in travelling personal security, personal trainers and diet specialists, and personal beauty specialists such as hair stylists. He says that has to do with the use of larger private planes which allow for larger entourages. As well, he says the wealthy are spending longer periods away from home, which has created more demand for ‘home comforts’ and familiar faces when on the road.

Though flying a private chef with you on holiday is still a pipe-dream for most, Richey says private chefs aren’t just for the super-rich these days.

“We see more two-parent working families with kids who are exhausted by the time they get home and like a private chef to come prepare four different meals for the week, for example. It might be specifically healthy, low-carb, or adhere to a food intolerance, and the client doesn’t have the desire or capacity to learn to cook themselves. There are also more chefs becoming personal chefs, so there’s more availability.”

The gig economy has also brought a host of new business models, making personalised services more accessible. For example, apps like Soothe and TroupeFit make bringing massage therapists and personal trainers to your door easier than ever, and MiumMium links users up with personal chefs.

So while most of us might not be able travel with an entire posse, perhaps, at home, we can pretend like we do.