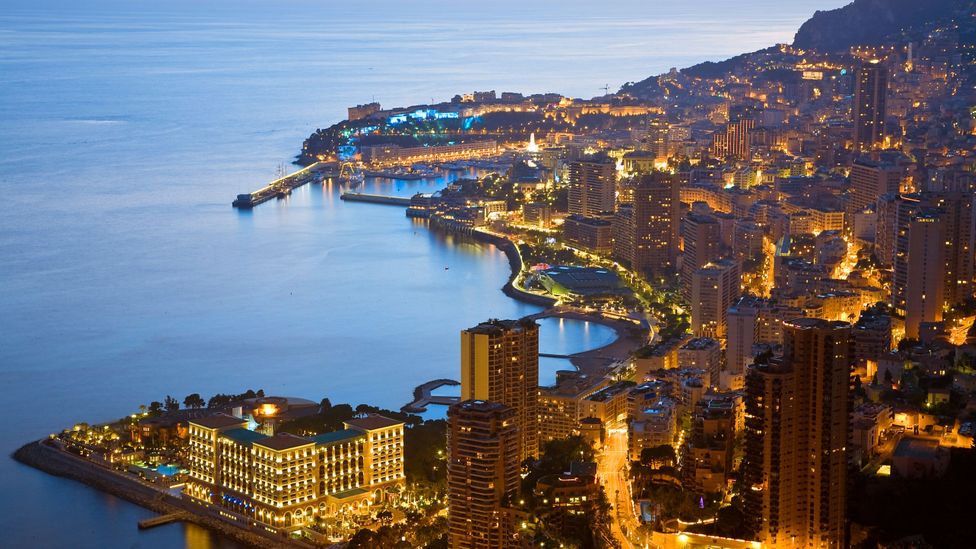 By Katie Beck 6th February 2018
What do you do when you’re the ruler of a country that runs out of space for its super rich?
I

Imagine a pint-sized country – less than a square mile in size (2 square kilometres) – with sun-drenched, quiet streets, no dog poo and no income tax to pay. A place where motor racing and yachting are the national pastimes and people hop into a helicopter to get from A to B instead of hailing a taxi.

Now imagine that one in three of the people who live there are millionaires – often many times over.

This little oasis has, in fact, become such a magnet for millionaires that many more want to relocate to its sunny shores. So, the local authorities have taken the radical step of allowing the construction of artificial islands out across the sea to house them all.

An estimated 2,700 more millionaires are hoping to claim a piece of this diminutive country for themselves in the next 10 years

Sounds too bizarre to be true, but perched on the picturesque cliff tops of the French Riviera, such an odd place does exist.

It’s the tiny principality of Monaco – millionaire hub of the world, with the highest number of millionaires per capita.

If you drive along the Mediterranean coast of France, glimpses of pebbly beaches dotted with sun-bleached umbrellas poke though the cypress trees.

Then out of nowhere towering, concrete buildings emerge from an otherwise sleepy seafront. When you spot shimmering skyscrapers, Bugattis whizzing past and a world-famous casino, you know you’ve arrived in the city-state of Monaco.

With the highest population density of any country in the world, and reputation as a playground for the world’s super rich, demand for property here has soared.

Over 30% of the roughly 38,000 residents of Monaco are millionaires (Credit: Alamy)

But it’s not just sea views these buyers are drawn to: this pocket-sized principality is also a tax haven.

Oliver Williams, head of wealth consultancy firm WealthInsights, analyses statistics describing the movement of wealth globally, and points out that it’s no secret that people move to Monaco for financial reasons.

“It’s got no income tax and no corporation tax for businesses doing most of their work in Monaco, so tax is the main reason we found for people wanting to move here. The other thing is simply lifestyle,” he says.

Over 30% of the roughly 38,000 residents of Monaco are millionaires, according to Williams’ research. “Next down the list are some Swiss cities like Geneva and Zurich and so on,” he says.

That number is forecast to rise. According to Knight Frank property agency’s analysis, there will be 16,100 millionaires or multimillionaires hoping to claim a piece of this diminutive country for themselves in the next 10 years, but at the moment they can’t. There’s no more room. 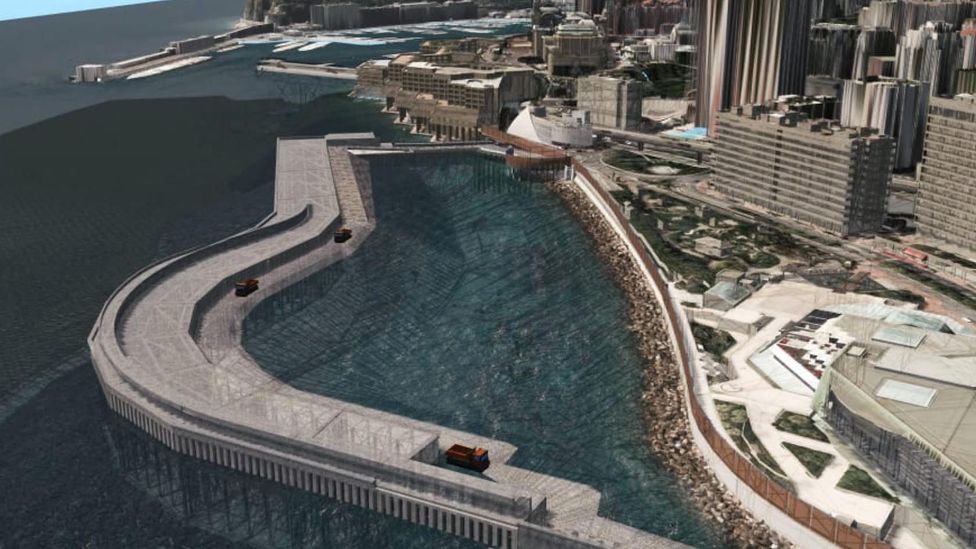 The city-state is building an extension

Measuring just 0.78 square miles (2.02 square kilometres) Monaco is crowded, it’s the second smallest country in the world (after Vatican City) and existing building space has already been stretched to the limit by carving homes into the mountainsides, building up into the sky and even tunnelling down into the ground.

So, in a bid to try and cater to the demands of this new super rich tribe, the current ruler, Prince Albert II, has agreed an ambitious land reclamation project. 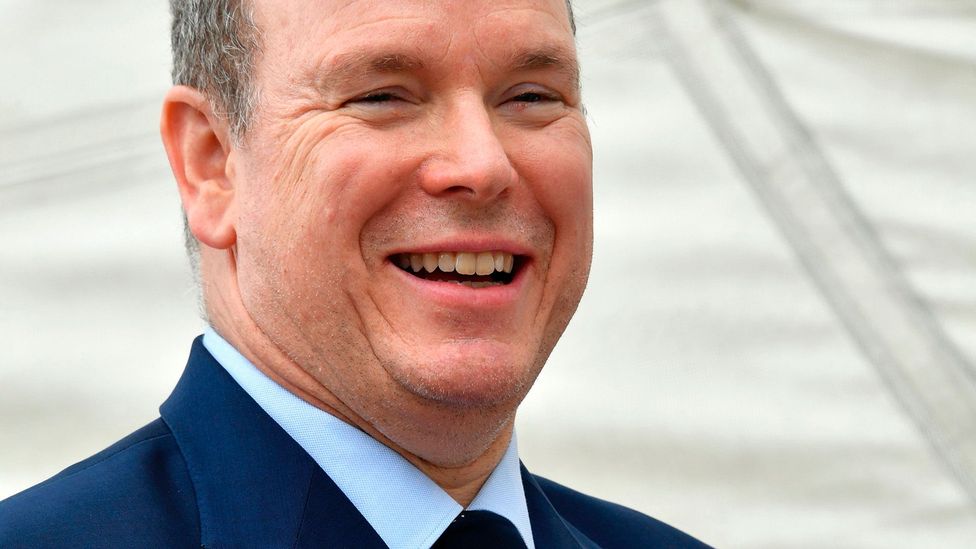 The government of Monaco is overseeing the project and private financiers are paying for the build and will sell the real estate.

The £1.5 billion ($2.1 billion) Offshore Urban Extension Project will add 15 acres of landmass to the principality by 2026. Portier Cove, will include a harbour big enough for 30 ships, a landscaped park and luxury residential buildings with plans for 120 new homes.

But the construction involves a Herculean effort: putting large concrete-filled watertight chambers, called caissons, into the sea, then draining the water from the surrounding area and filling it in with sand imported from Sicily to create an artificial landmass jutting out from the seafront.

The £1.5 billion ($2.1 billion) Offshore Urban Extension Project will add 15 acres of landmass to the principality by 2026

And expansion on this scale doesn’t come without costs. Although French construction firm, Bouygues Travaux Publiques, are planning to relocate marine flora and fauna from the building site to other protected areas and creating a 3D-printed artificial reef as part of the development, there are still risks.

Marine experts suggest that no matter how carefully you carry out land reclamation, disrupting the sea to build artificial islands will have a direct impact on natural surroundings and marine life.

It is estimated that hundreds of types of algae and thousands of marine organisms live in the waters that will be replaced by dry land. Environmentalists warn that there is no way to fully protect the area’s fragile biodiversity in the face of such a large-scale offshore project.

The principality has expanded by 20% since 1861

Land reclamation is nothing new to Monaco – the principality has already expanded its territory by 20% since 1861 - but now even the deep ocean seems no match for property demand.

Still the eco-conscious prince – who drives an electric car and has donated millions through his foundation to environmental causes – is adamant further land expansion in his country must now be carefully weighed up against environmental concerns.

The unique challenge for Portier Cove is that the builders are being asked to meet international sustainable urban development certifications including the HQE Aménagement, Building Research Establishment Environmental Assessment Method standard and the Clean Ports label.

It is hoped the project will become a flagship example that other growing countries will look to follow.