Would fast food need to be almost free for you to buy it every day?

More than half of the 900 Kentucky Fried Chicken outlets in the UK were closed this week, sparking panic over chicken shortages. Tower Hamlets Metropolitan police in London tweeted to ask peckish people to stop calling them about the #KFCcrisis.

It’s clear that hangry customers take their fast food seriously – so a new selling strategy adopted by the biggest chains in the US might really cheer them up.

In January, the biggest names in the business rolled out heavily discounted menus across the US making their fast food even cheaper – less expensive than a loaf of bread or a carton of juice.

In December, Credit Suisse financial analysts released a report that suggests a so-called fast food “pricing war” in the US  is hotting up. McDonald’s kicked off 2018 with a new line-up called the ‘$1 $2 $3 Dollar Menu,’ which allows customers to mix and match three price tiers. 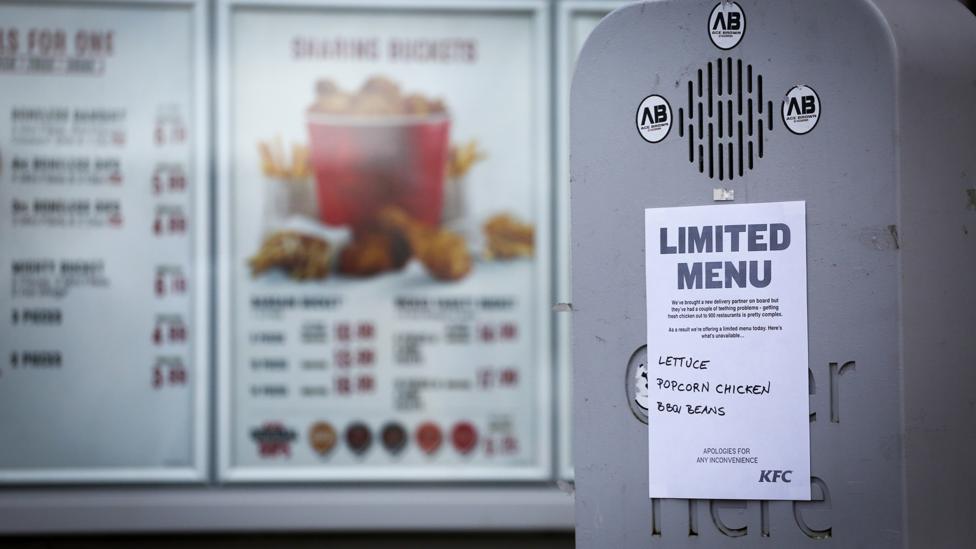 In the case of McDonald’s, Credit Suisse estimates that the company’s foot traffic in the US fell around 11% from 2012 to 2016 so the January drop in prices could be a further attempt to recover that traffic.

But how is it possible to make money out of a $1 burger, particularly when the person serving it is likely earning around $10 an hour?

The answer is scale; sales of burgers or chicken dippers or fries – in huge numbers.

With very few firms at the top –  this is  market of oligopolies – the firms work hard to differentiate their products from competitors, for example, branding food flame-broiled versus fried, or adding toys to kids’ meal deals. 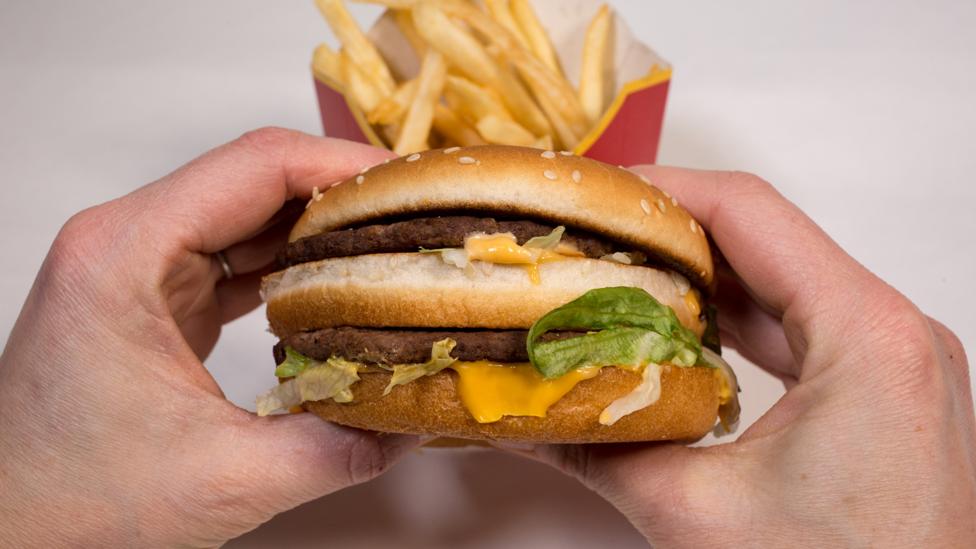 Eventually, competitors begin out-discounting each other in a race to the bottom of prices. That’s according to Patricia Smith, a professor at the University of Michigan who specialises in the economics of fast food.

The key to this strategy? Hoping that customers buy loads of the discounted items.

“McDonald’s will make money selling burgers for a buck if it can make the burger for less than $1 and sell lots and lots of burgers,” says Smith who says that sales of add-on items are also crucial. “Part of the strategy is to attract consumers in to the store and then entice them to buy more than just the burger – fries, drinks, desserts.”

Slashing prices to draw in customers can backfire though if cutbacks exceed food and production costs and cannibalise profits. Some Burger King franchise owners sued the company in 2009, because a corporate promotion required franchisees to sell a double cheeseburger for $1 that cost a $1.10 to make. The court ruled for Burger King.

Whether or not this latest round of price cuts will succeed may depend on a lot of factors – including the changing face of the fast food industry. 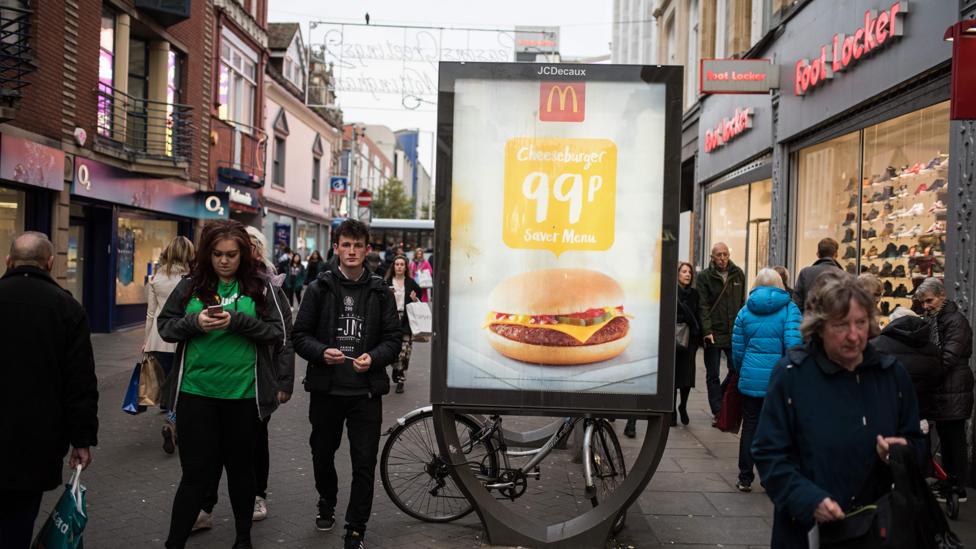 £1 meals aren't common in the UK, but pricing wars in the US could prompt international franchisees of companies like McDonald's to try their luck (Credit: Getty Images)

Millennials are changing the way we eat lunch

This drop in customers walking through the doors could be indicative of our changing tastes. People under 40 – Millennials and their teen and tween counterparts, Generation Z – are swerving away from calorific foods that may not be organic or free-range in droves. According to a 2015 global report by Nielsen, 41% of Generation Z and 32% of Millennials would "pay a premium for sustainably sourced ingredients," compared to 21% of Baby Boomers.

“Traditional fast food companies look stale and old to millennials, especially as compared to the ones selling choose-your-own fresh salads. They are desperate to get customers into the stores,” says Marion Nestle, a professor of nutrition, food studies and public health at New York University.

That’s why companies like McDonald’s have partnered with ride-sharing company Uber to deliver to customers in the US, UK and Australia, under the name Uber Eats. (People under 40 are the most enthusiastic users of ride-sharing apps like Uber.)

“Five years ago, it was get ‘em in and get ‘em out,” says Martin Caraher, professor of food and health policy at City University of London. “Now it’s get ‘em to stay.”

In the Noughties teenagers were often asked not to linger in the restaurants after buying their food. But head office now want to convince them to hang out after school, sit on comfy sofas to do their homework, use the wifi and then spend extra money on coffees or snacks. 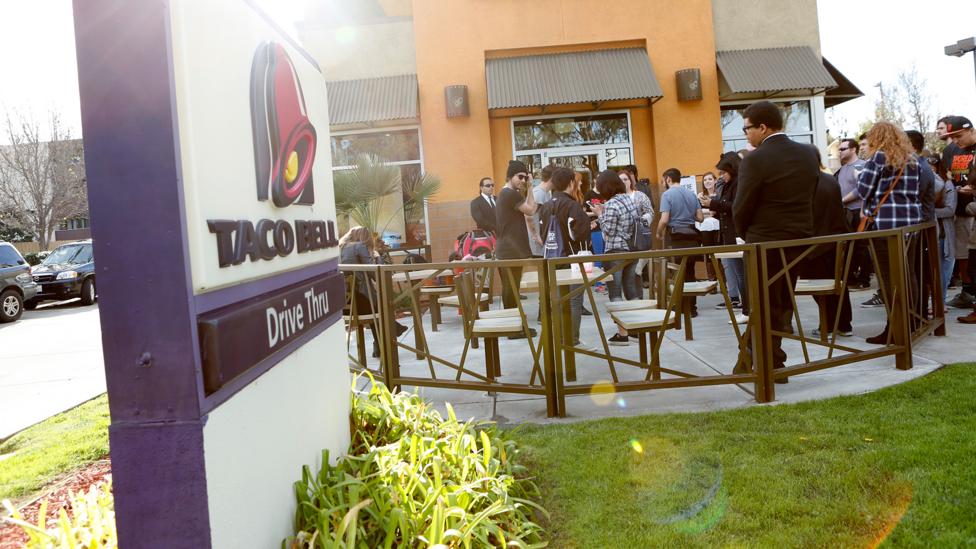 Competing with McDonald's in the pricing wars are US chains Taco Bell, Jack in the Box, Wendy's and more - fast food is a good testing ground for discounts (Credit: Getty Images)

How low can you go?

But, with prices for food on the menu dropping below the cost of ingredients used to make the meals, how can this be a viable business strategy?

NYU’s Nestle says fast food economics rely on volume to work. “The objective is to get customers into the store – the more the merrier,” she says.

These tactics can build brand loyalty and steal customers away from other chains. If Burger King suddenly lowered its prices, a Wendy’s die-hard might be persuaded to drop them to follow the lower price tags.

“All industries are interested in this,” says Patricia Smith in relation to tweaking price thresholds. “They want to know: ‘Should I raise my price and see if I can get away with that? Or should I lower my prices and earn less [but maybe sell more]?’”

If the firm lowers price 5% and quantity sold rises by 10%, then demand is elastic and total revenue will rise

It’s an economic principle called elasticity of demand. “A firm can increase its total revenue by lowering price if demand for the product is elastic – sensitive to price. For example, if the firm lowers price 5% and quantity sold rises by 10%, then demand is elastic and total revenue will rise.”

Smith points out that the fast food industry is a good place to watch this theory in action, as these kind of price wars often play out in markets that are oligopolies, where there are just a few big firms all vying to be top dog.

In the US, she says that around 40% of the field is occupied by the top handful of producers, “so it’s not surprising we’d see [pricing wars] in this type of market,” she says. In America, that top 40% already represents nearly $80 billion in revenue.

Right now, these big chains’ new value meals are US-only. But the gradual chipping away of costs for quick food isn’t a trend in North America alone.

While £1 meals aren’t commonplace in the UK, value meals are a growing trend that even higher-end supermarkets are interested in, such as, Marks and Spencer’s ‘Dine in for two for £10’ offer. Supermarket, Tesco, also offers £4 lunch specials that include a sandwich, drink and packet of crisps. While cheap items priced from £1.99 or £2.99 have helped drive sales at sandwich shops like Greggs, the bakery chain, the largest in the UK, which will open over 100 new locations in the next five years.

In the UK, the chain is using only British and Irish beef, recycling its old cooking oil and egg shells into biodiesel and making all of its coffee “ethically sourced” by 2020

But Caraher suspects that the pricing strategies in the US won’t necessarily translate to other national markets. McDonald’s in Europe, for instance, is taking a different tack, responding to demand for produce from sustainable sources. In the UK, the chain is using only British and Irish beef, recycling its old cooking oil and egg shells into biodiesel and making all of its coffee “ethically sourced” by 2020.

“In order to lower their prices, they would have to break a lot of their marketing initiatives that they’ve implemented here in Europe,” he says. “They’ve positioned themselves in a different level of the market.”

In comments to BBC Capital, McDonald’s, Wendy’s and Taco Bell didn’t expand on what motivated them to introduce new value meal menus now beyond saying it was a play to customer needs.

“We heard from customers that they have about $5 to spend on lunch, which makes the 4 for $4 deal so attractive,” a spokesperson for Wendy’s says.

“My guess is that they’re trying to hang on to their own [existing] customers,” Smith from the University of Michigan says – to keep hold of people already eating fast food, rather than courting younger people who want pasture-fed pork and organic vegetables.

It’s still unclear what will happen to the industry if fast food becomes cheaper and cheaper.

Public health experts also raise concerns. Nestle says that for people who traditionally eat at fast food outlets, more value meals might mean they eat larger amounts and more often. That’d be a problem for the US, already one of the most obese nations in the world.

But, who knows? If Gen Z and Millennials continue to show preference for greener foods, and if restaurants beyond burger chains follow McDonald’s lead, perhaps the pricing wars’ ripple effect will spread further.

Nestle points to the ongoing diversification of fast food that’s gone well beyond deep-fried chicken and fizzy drinks. She names US chains Sweetgreen and Fresh, which sell all things leafy, and Smith also mentions the rise of health food supermarket, Whole Foods.

“From where I sit, fast food is changing [into] something much healthier,” Nestle says.