Loading
Do our names push us towards certain jobs?
Share using EmailShare on TwitterShare on FacebookShare on LinkedinShare on Whatsapp 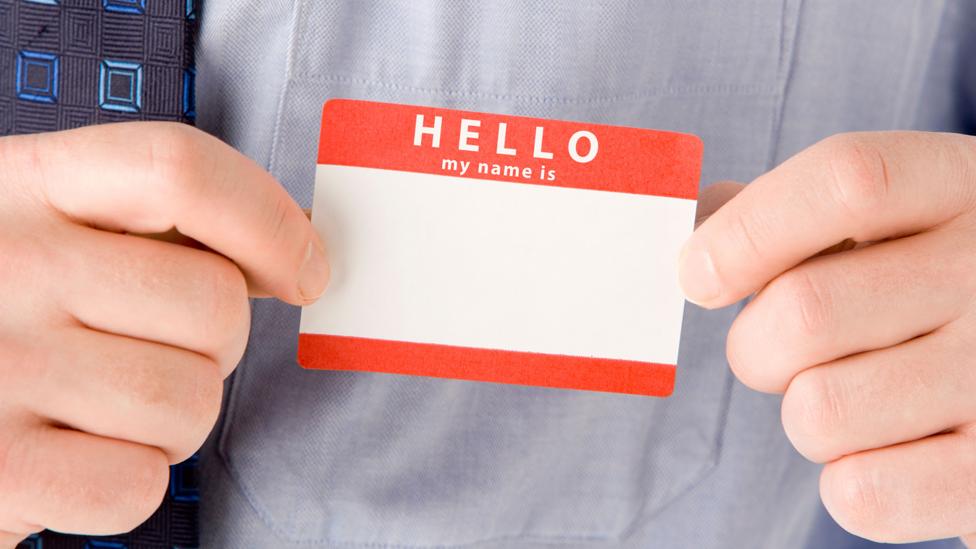 By S.J. Velasquez 5th April 2018
Baker, Barber, Butcher, Painter: why we want to see our own selves reflected in what we do for a living.
A

A proctologist called Dr Butts, a pastry chef called Baker – is it sheer coincidence, or does the universe have a way of pushing people towards careers that reflect their names?

There’s a term for this idea: nominative determinism, a phrase popularised by a recurring column in the magazine New Scientist, which refers specifically to the theory that people are drawn to jobs that match their names. It’s part of what researchers call “implicit egotism” – the idea that we’re attracted to things that remind us of ourselves, whether it’s marrying a person who shares your birthday, or moving to a place with a name phonetically similar to your own.

But is there any evidence to suggest that your name can determine your job?

Brett Pelham, a psychology professor at Montgomery College in Maryland, US, certainly thinks so. “Your name determines aspects of your life,” says Pelham, who has spent decades researching implicit egotism. He believes this phenomenon “is not a fluke; it is real.” 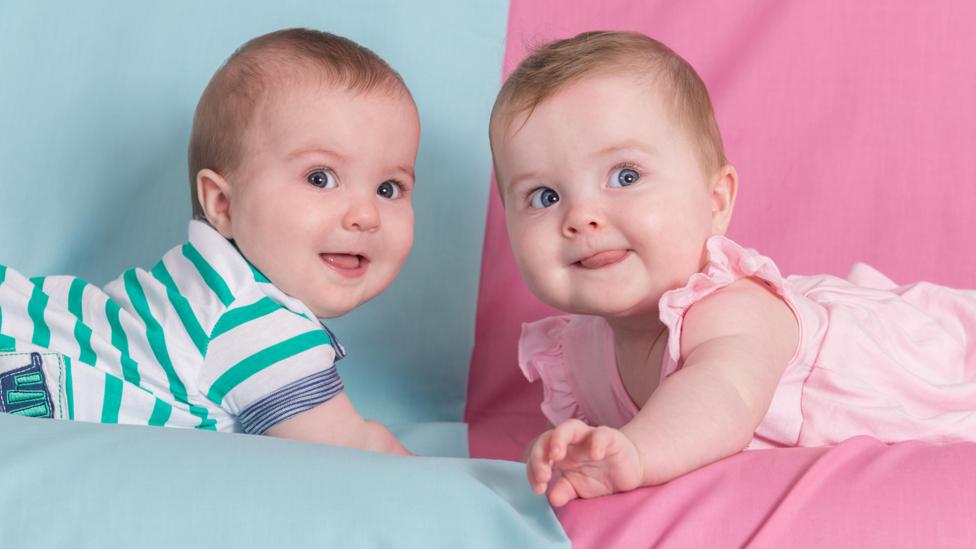 Back in 2002, Pelham and his then colleagues Matthew Mirenberg and John Jones published research about implicit egotism in the Journal of Personality and Social Psychology. They looked at how the spelling of people’s names in the US potentially influenced major life decisions, such as which careers they pursued. The team of researchers found that people named Dennis or Denise tend to become dentists at a higher rate than people of other equally popular names and determined that men called George or Geoffrey “were disproportionately likely to be published in the geosciences” over other areas of science.

A UK-based family of doctors, all with the surname Limb, have long wondered whether their name may have influenced their medical careers.

“People used to ask me about my name and whether it influenced my decision to be a doctor and then an orthopedic surgeon,” says Dr David Limb, whose wife is Dr Catherine Limb. When their sons, Richard and Christopher, entered medical school and began hearing the same jibes, the whole family decided to tackle the topic. They spent weeks poring over a copy of the medical register from the UK’s General Medical Council, eventually publishing a “light-hearted” report that identified medical practitioners with “surnames that were ‘apt’ for the specialty or for medicine in general.”

Their cheeky article identified a series of trends, including a number of aptly named medical professionals, among them urology specialists with the surnames Dick, Cox, Ball and Waterfall, as well as paediatric specialists with surnames Boys, Gal, Child and Kinder.

While the Limbs admit that their research was not based on hard empirical evidence and analysis, they do entertain the idea that they – and other medical professionals – might have been nudged subconsciously by their shared clinical-sounding surname. 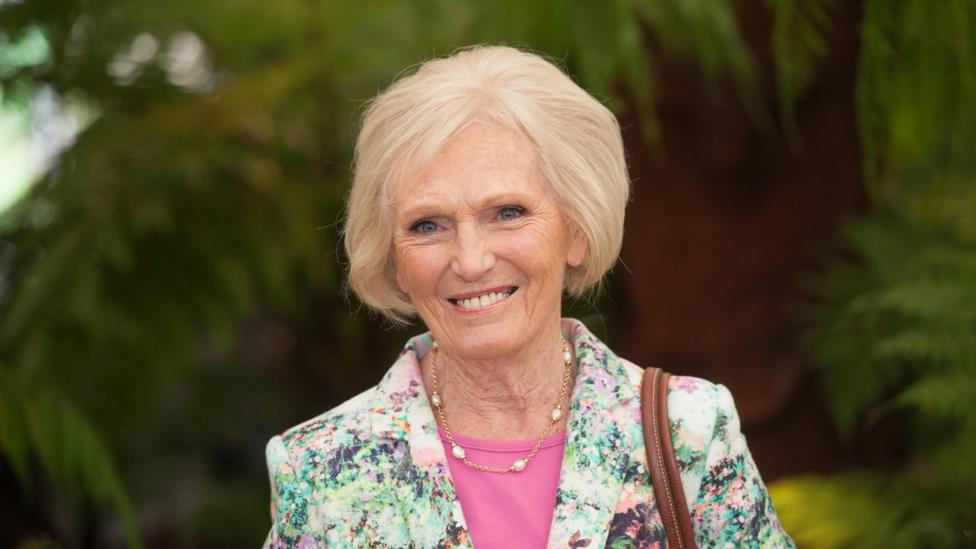 Might Mary Berry's fruity last name have guided her to a wildly successful career in the food industry? (Credit: Alamy)

“My own opinion comes not from research on nominative determinism, but my own pondering about my own fate,” David Limb says. “I think [that in] a lot of things that we do and decisions that we make, there's a strong unconscious element that doesn't even register in our thinking but influences the decision that we make.”

Still, other researchers aren’t at all convinced by the data-driven articles or the anecdotal evidence supporting the existence of nominative determinism. Uri Simonsohn, a professor at the University of Pennsylvania’s Wharton School, is a vocal opponent, having challenged implicit egotism in a 2011 paper. In it, he replicated Pelham’s research and determined that the results were skewed for a few reasons.

“When analysing names-data, researchers ignore, or very inadequately deal with two important problems: correlation is not causation, and reporting errors,” Simonsohn wrote in an email. For one example, he argues that people's names often correlate with their age because baby name trends shift over time. So, even though more dentists might be called Dennis than equally-as-popular Walter, Walter is an older name, thus a higher proportion of Walters would be retired from dentistry while statistically younger dentists are in their professional prime.

When it comes to Georges and Geoffreys, yes, they are overrepresented in the geosciences – but this is the case for all other sciences combined, he noted in his report. With this knowledge, Simonsohn contends that, “if anything, Georges and Geoffreys are slightly less likely to be geoscientists rather than any other kind of scientist.”

“Researchers usually implicitly assume that names should be uncorrelated with everything, and thus any correlation across names is interesting and attributable to the name itself. But that's crazy,” Simonsohn says. “Implicit egotism analysis without proper name selection are just fun coincidences that merit no further consideration.” 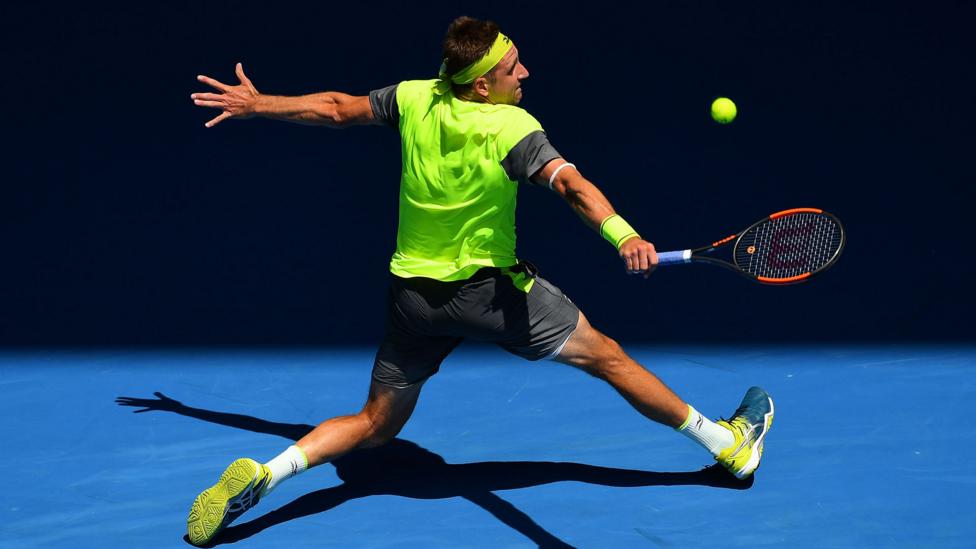 Pelham, undeterred by the criticism, has continued to build his case. “People kept critiquing the work and saying it’s crazy,” he said of the nominative determinism backlash.

To address critics’ concerns, he needed a way to look at a trend over a long period of time to show if a name-career connection really exists across generations, or whether it was the product of name popularity at a given time. He also needed to know how a person’s race factored into career choice.

In 2013, he struck research gold. The 1940 US census records had just been published in detail online – a treasure trove of information relevant to his purposes. While basic statistics are available soon after a census, the complete copies of records with names, addresses, races, and so on are often published much later.

Rather than focusing on given names, Pelham and fellow researcher Mauricio Carvallo identified 11 target occupational surnames to see if men with these names were more likely to pursue the careers their names referenced: Baker, Barber, Butcher, Butler, Carpenter, Farmer, Foreman, Mason, Miner, Painter and Porter.

Not only were names and occupations listed in that census, but ethnicity and education level were included, allowing Pelham to consider two very important control variables. “We looked at every major male occupation and found that for each occupation, men that had that name were overrepresented in that data,” he says. “To be sure these findings were not an artifact of overzealous data fitting, we replicated them using the 1880 US Census and the 1911 English Census.”

Because of the historical nature of occupational surnames – names assigned to people based on their occupations – can’t one assume that a person has just inherited both his or her parent’s name and occupation? Pelham says that’s highly unlikely. “Even if you make the assumption that half the time men do exactly what their fathers did, the effect would be absolutely negligible,” he says.

Not everyone is a candidate for nominative determinism though, especially when a person rejects an element of his or her own identity. Pelham found that some demographic groups, including racial minorities and women from cultures where married women adopt their husbands' surnames, were less likely to have a job that matches their surname exactly.

Women who did follow the nominative determinism trend tended to be older, married for a long time or widowed, and they favoured female-dominant professions like cooks. He noted that the large majority of cooks named Cook were women in the 1940 US Census data, despite the fact that there were three times as many men in the workforce at that time.

Black men were less likely have careers similar to their names, too, suggesting that white men would have held a more favourable implicit self-association, especially during years when ethnic-sounding names were viewed negatively. “You almost stereotype yourself,” Pelham says, suggesting that they may be “pushing away from ethnic identity.”

‘It threatens your sense of free will’

So, if our names can drive our career decisions, as Pelham and Limb suggest, what does that say about free will?

“It’s classical conditioning. It’s not spiritual or mythical; it’s psychological principle,” Pelham says. “It threatens your sense of free will. I don’t think we never have free will, but there are some times when we don’t. It makes perfect evolutionary sense.”