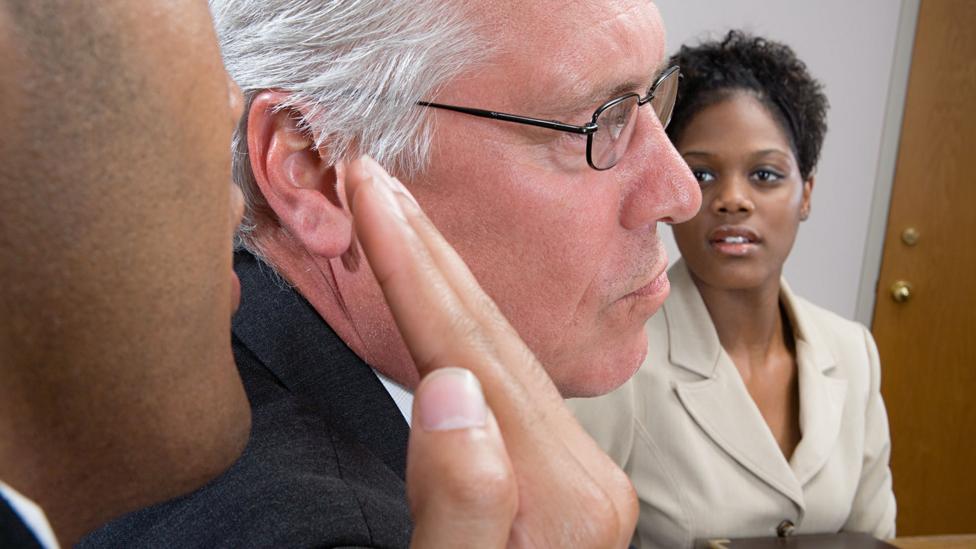 By Bryan Lufkin 9th April 2018
Microaggressions are everyday slights and indignities some people encounter all the time - while others aren’t even aware they’re committing them.
T

To a female CEO: “Can I speak with your boss?”

To an LGBTQ intern: “Huh, you don’t sound gay.”

To a mixed-raced person: “What are you?"

Welcome to the world of microaggressions: brief queries, comments or actions sprinkled throughout day-to-day life that make others – particularly those in marginalised groups – feel bad about themselves.

A slow accumulation of these microaggressions can lead to low self-esteem, feelings of alienation and eventually even mental health issues, researchers warn. They can also create a toxic work environment.

There are steps you can take to handle these delicate situations – whether you’re on the receiving end, or you’re the one unknowingly doling them out. 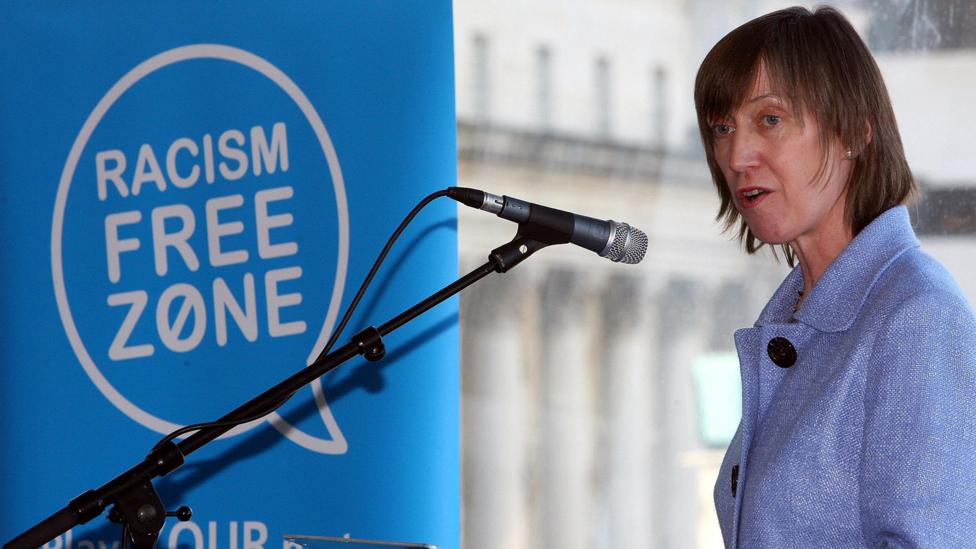 A speaker at a rally in Ireland that sought to bring attention to racism in the workplace (Credit: Alamy)

Where microaggressions can happen

Unlike hate speech, microaggressions are not intended to be malicious, even though the impact might be.

But they don’t have to be spoken. They can be tiny actions, too – ones that most onlookers might not even notice, let alone describe as offensive.

It makes the people experiencing the aggression feel different, weird, someone to be suspicious of, or even feared.

“When a student says to me, ‘Dr Sue, I really liked that presentation – oh and by the way, your English is very good,’ my comment is: ‘thank you, I hope so – I was born here,” says Derald Wing Sue, a professor of psychology and education at Columbia University in New York City. He’s Asian-American and was born in Portland, Oregon.

Much ado about nothing?

There are some who think that microaggressions are much ado about nothing. They might say that microaggression is a product of political correctness, or that it causes a walking-on-eggshells sort of atmosphere. Op-eds in media outlets have claimed that it fosters “a culture of victimhood.” 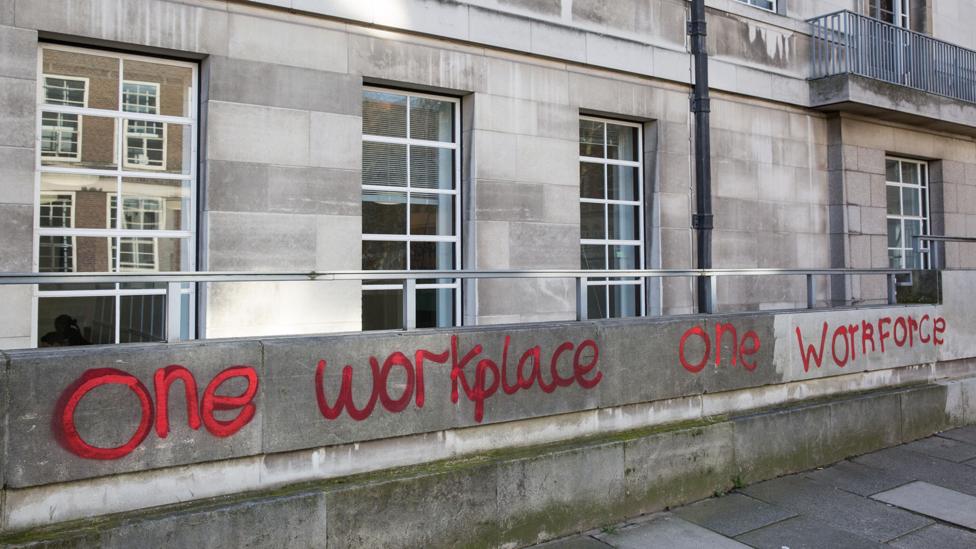 Graffiti outside the University of London on One Day Without Us and the UN World Day of Social Justice early last year (Credit: Alamy)

“I understand the people who are saying, ‘don’t be a whiner,’ ‘enter the real world.’ What they don’t understand is what the real world is like for people of colour [for example],” says Sue.

That student complimenting Sue probably thought they were doing just that – paying him a compliment.

But in actuality, the comment sent a message to Sue that he, despite being an American, is an outsider. And because this has happened over and over throughout his life, he says these comments make him feel like a foreigner in his own country of birth.

And herein lies the problem with microaggressions: slow-building, incremental damage that snowballs into something a lot bigger.

Uppala Chandrasekera is the director of public policy at the Canadian Mental Health Association in Toronto. She says that “to onlookers, [the reaction to a microaggression] may seem disproportionate. ‘Why is that person so angry? I meant it as a joke or a compliment.’ But the person is not just reacting to what happened today.” They’re also reacting to something that happened five days ago, five months ago or five years ago.

“We always remember the first time it happened,” Chandrasekera says, referring to the first time we might experience discrimination in our lives. “It’s a deeply painful moment. Because it’s so painful, we end up storing it away in a box. But, the body remembers the trauma, so the next time it happens, it triggers [a reaction].”

Subtle discrimination compounds over time, Chandrasekera adds, leading to stress and anxiety at best or drug or alcohol addictions at worst.

How to take action

So what do you do if you see or hear this happening at work?

“The best thing to do in that moment is acknowledge that it happened,” Chandrasekera says. “The person is feeling very much alone. They’re very ‘triggered,’ because it’s not the first time it’s happened,” she says, referring to microaggressions’ repeating nature. Ask if they’re OK or if they want to talk, she adds.

“Checking in with them is important because that goes a long way in mental health, in terms of social inclusion,” she says.

If you are on the receiving end, Sue suggests microinterventions – comebacks that simultaneously “disarm the microaggression but also educate the perpetrator,” he says, for example, when he told the student who said he spoke good English that he was in fact born in the US.

Sue, who specialises in racism and multiculturalism, reminds us that “no one is immune from inheriting racial, gender or sexual biases in our society.” 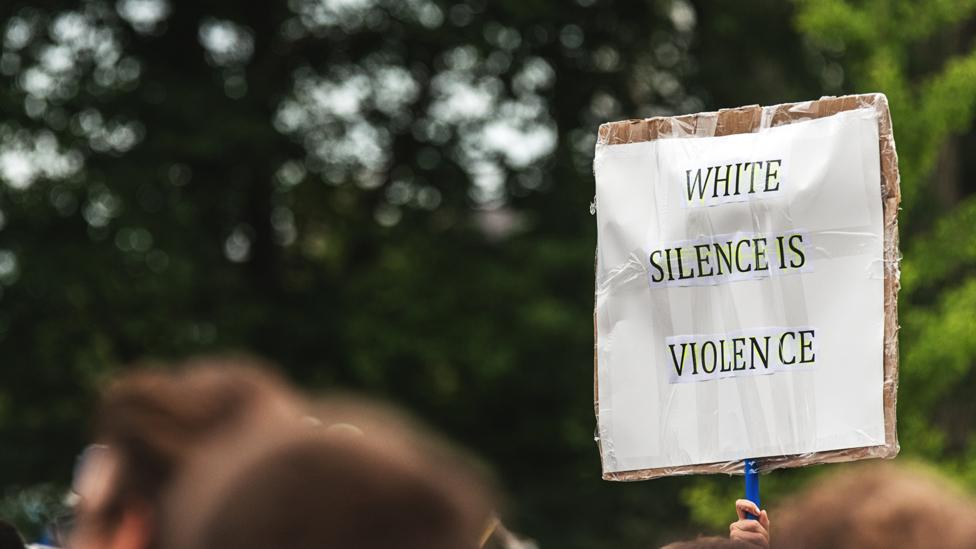 To fight microaggressions in daily life, bystanders in non-marginalised groups are encouraged to acknowledge them, call them out and offer support (Credit: Getty Images)

If someone calls you out on something that has offended them, don’t get emotional or defensive. Be patient, hear them out, ask what you said or did so that you can better understand what the person is saying.

“It is very important that we do a lot of self-work and understand what biases we have,” he says. “Making them explicit allows us to deal with them.”

Providing a platform for those who experience these constant, tiny slights could also help fight discrimination. The Microaggression Project website was launched in 2010 for that purpose.

At last count, there have been over 15,000 online submissions, each chronicling a different microaggression.

“They have come from almost every community of marginalised identities in Western society, including racial minorities, women, a variety of LGBT communities, socioeconomic classes, migrant communities, and the disabled community,” said David Zhou, one of the co-founders of the project, in an email.

“What our project strives to do is to amplify their voices and to provide rich detail to these experiences.”

Pushing your company to do better

Workers who feel beaten down and discriminated against are less likely to show up and give 100% every day, Chandrasekera says.

So it’s important for HR departments to take complaints from employees relating to chronic microaggressions seriously and not brush them off as overdramatic reactions to innocuous comments. Chandrasekera says that in Canada, 500,000 workers don’t show up to work on any given day because of mental health issues. She contends that feeling continually diminished at work is a mental health issue.

Zhou adds that microaggressions affect “every facet of professional advancement, from hiring to promotion, and across industries.”

But for many people, microaggressions aren’t limited to the office – and despite being added to the Oxford English Dictionary in 2015, they certainly aren’t new, either.

“I think awareness of these experiences never required this fairly academic term in order to exist in communities for which they are a daily reality,” says Zhou.

“But in the process of defining what they are, individuals within these marginalised communities usually have reflexively understood their meaning,” he adds. “Which is a clear indication that what we are defining is real.”