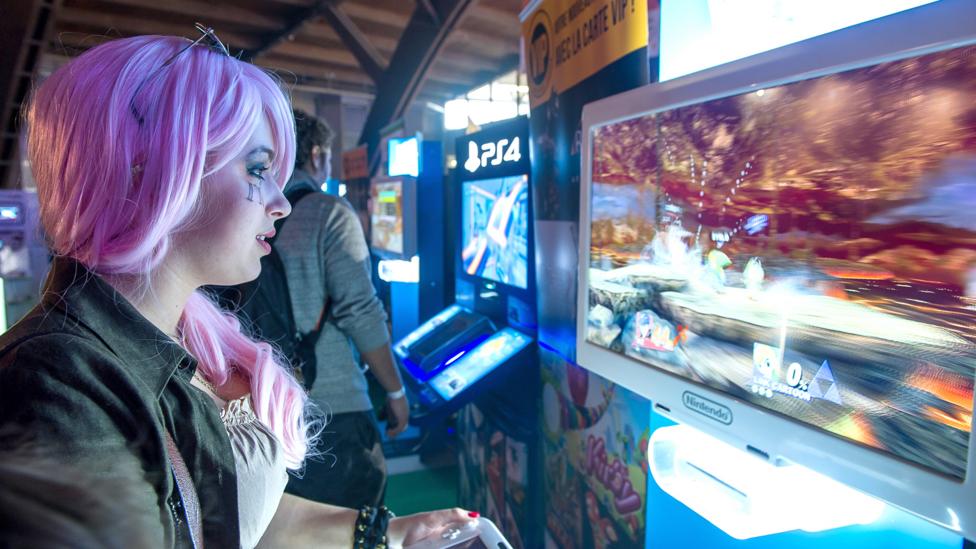 They endure everything from subtle jabs to full-on death threats, but these women are not deterred from pursuing their passion for professional gaming.
T

This story is from Professional Gamers, an episode of The Conversation on BBC World Service. It was produced by Sarah Crawley with presenter Emily Webb. To listen to more episodes, click here. Adapted by Helene Schumacher.

Imagine being paid to play video games with hordes of adoring fans watching online. But if you're a female professional gamer, the dream job comes with additional obstacles that your male counterparts might never experience.

Canadian Stephanie Harvey – or missharvey as she's known in the gaming world – is a video game developer and e-sports player who’s played for female teams that have won six major international competitions.

British gamer Leahviathan live streams around six hours of footage a day on Twitch.tv – an Amazon-owned site that streams live videos of people playing video games. She has nearly 150,000 followers.

I'm just there for representation really, just because I'm a female, not because I have any merit as a gamer.

As women in a largely male industry, they have undoubtedly faced challenges, but neither wants special treatment. They just want a level playing field with their male counterparts. And both are optimistic about the future of the professional gaming space where, they hope, the term “girl gamer” will soon be obsolete.

- How video games turn teens into millionaires
- How it feels to be a pro female e-sports player in China
- Beyond fun, when being a gamer turns into a lucrative career

Stephanie Harvey explains, "I've been doing this for almost 15 years now, and when I started it was extremely male-dominated, especially in pro gaming – it still is. On the circuit there aren't that many females. But the arrival of new games, new communities and just overall society changing and evolving throughout mainstream video games, is bringing a new wave of players. Fortunately for everyone, there's a lot of females involved."

In one sense, there is nothing stopping women entering this industry. While the prizes for the female-only competitions are smaller, the major international pro gamer competitions – offering enticing big bucks prizes – are open to both sexes. And Harvey and Leahviathan agree that they’ve never been told that they “can’t do it”, but that, from their experience, it’s not necessarily easy. As Leahviathan puts it: "there's nothing not encouraging you as a female." 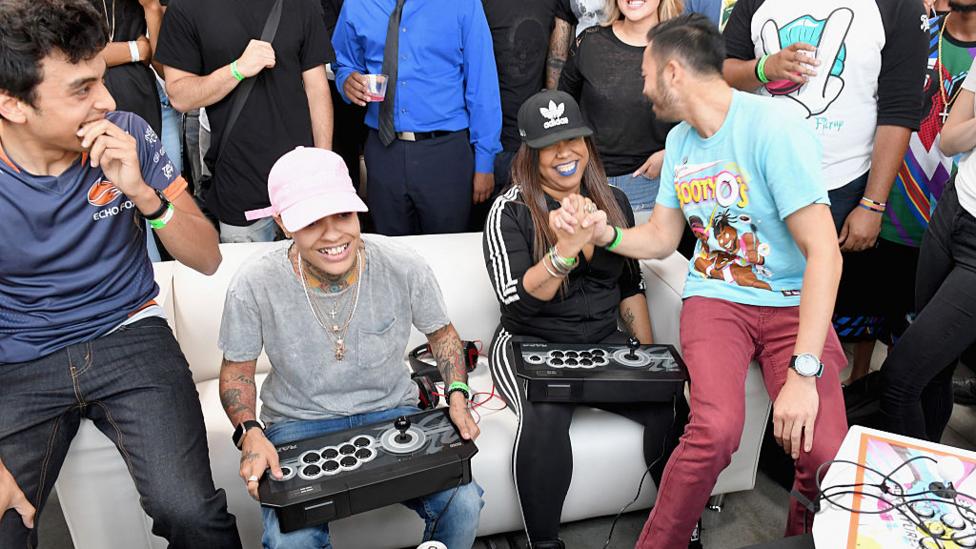 There are a lot of creepy people on the internet. Especially as a female, a lot of people get overly attached to you because they see you as a friendly person.

As a live streamer, Leahviathan receives direct audience feedback. While this is mainly positive, she admits, "you often get negative comments about being a female. I do a lot of promotional materials and I'm constantly told that I'm just there for representation really, just because I'm a female, not because I have any merit as a gamer."

Harvey regrets in some ways having chosen to include “miss” in her player name (missharvey) because it associates her with being female, and she would rather just be one of the players instead of the “girl player”. 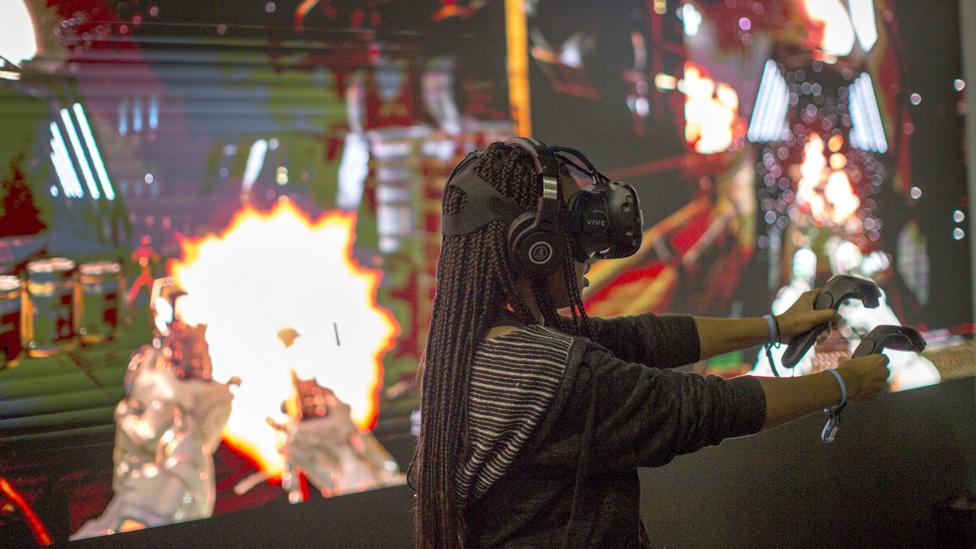 Trolls told Leahviathan to “get cancer and die” and made rape threats because she promoted a game they didn't like. She is pragmatic: "They bother me, but I know by and large, they're not real. I try to just separate them from the reality of what I do."

It’s imperative to learn how to cope with the scale and intensity of the vitriol that can sometimes be experienced. Ignoring trolls and refusing them the attention they crave is a key strategy. Alternatively, calling their bluff and trolling them back in a positive way often helps defuse the situation. Leahviathan also has a moderation crew who help manage abusive comments.

Leahviathan doesn't reveal her surname or where she lives, which is quite common for live streamers. It's important to preserve a little bit of privacy. She explains: "there are a lot of creepy people on the internet. Especially as a female, a lot of people get overly attached to you because they see you as a friendly person."

The 2014 Gamergate controversy was an abusive campaign targeting mainly women. It led to women being hacked, their personal information put online and even rape and death threats.

As a female gamer, I don't want to feel like a unicorn.

This kind of abuse is part of a wider issue online including the likes of cyberbullying – where solutions are only just starting to be found. “We need to keep fighting against it," Harvey says. And it’s not necessarily a gender-specific problem. Leahviathan says, "male streamers get the same thing – just in a different flavour".

While acknowledging that it can be tough not to let trolls get to you, both Harvey and Leahviathan choose not to dwell on the negative side. They do not want it to be a defining aspect of who they are – and would rather focus on their positive online legacy of influencing people in a good way.

One of the fundamental issues is around disrespect for women in this field – and beyond. Leahviathan believes that “at the basest level, there's a lack of respect and a lack of equality. It stems from that complete lack of respect that some people have for females in general."

For Harvey, it can be a case of unconscious bias – it’s not necessarily overt sexism, more ignorance. She chooses to play in all-female teams because gaining "respect takes so much time and so much effort, they don't give you that luxury, and they don't want to play with you because they assume you're not good enough".

So why do some people think that women aren’t generally considered to be as good as men when it comes to e-sports? There is a massive disparity between male and female professional gamers. While their presence is growing, Harvey believes more women are needed to get involved and compete so that the “gems” can be discovered. It’s also critical to have more female characters in games themselves. Although, of course, gamers of either sex can get just as immersed whether playing a man or women, some female gamers feel more inspired and more of a connection when playing a female character role. 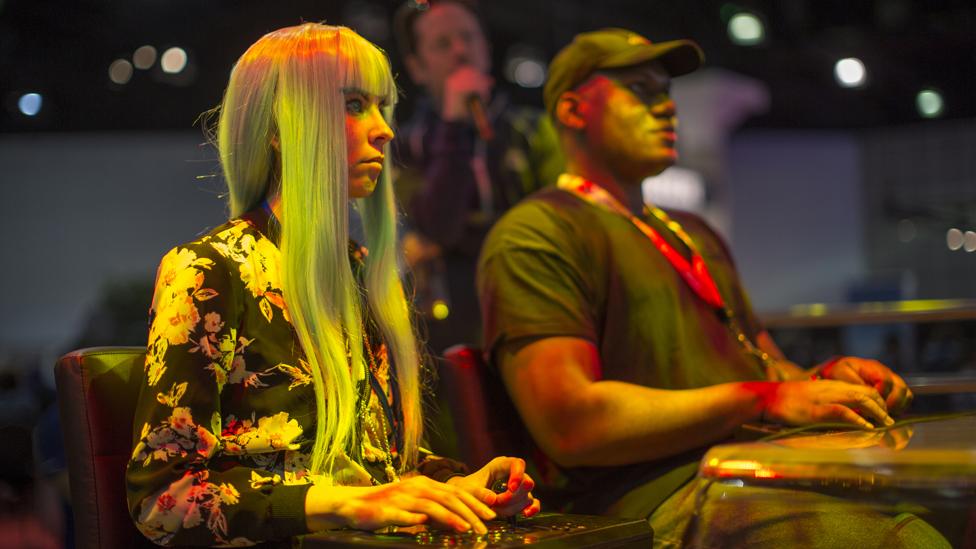 Some women gamers have reported being threatened by online trolls, some even enduring death threats (Credit: Getty Images)

Despite the harsh realities of being a female gamer, Harvey is upbeat: "Most of my career and my life... gaming has been a positive experience." She describes the electric feeling of competing at the Super Bowl-esque gaming tournaments held in stadiums of 60,000 spectators, with millions watching online: "the thrill and the adrenaline you get... it's so incredible."

Still, it’s less news-worthy than it once was to see female gamers at an event. For Harvey, "the conversation about having girls in gaming is kind of getting old, and I think that's a good thing... we unite more, there's less competition between us and more fraternity."

She sees no place for the term "girl gamer" in the future - "you've never heard 'boy gamer', you don't say 'female sports player'.” For Harvey it’s an “old-school term that will hopefully eventually just fade away."

Leahviathan sums up her position: "as a female gamer, I don't want to feel like a unicorn... I just want there to be a level playing ground, a level amount of respect. I don't want to be treated specially and I personally don't particularly want companies to be hiring me just because I'm female. I want that to just be normal. I want females to be recognised based on merit, rather than gender."

Correction: An earlier version of this article incorrectly identified the owner of Twitch.tv as YouTube.