Loading
Best of 2018
Which country works the longest hours?
Share using EmailShare on TwitterShare on FacebookShare on Linkedin 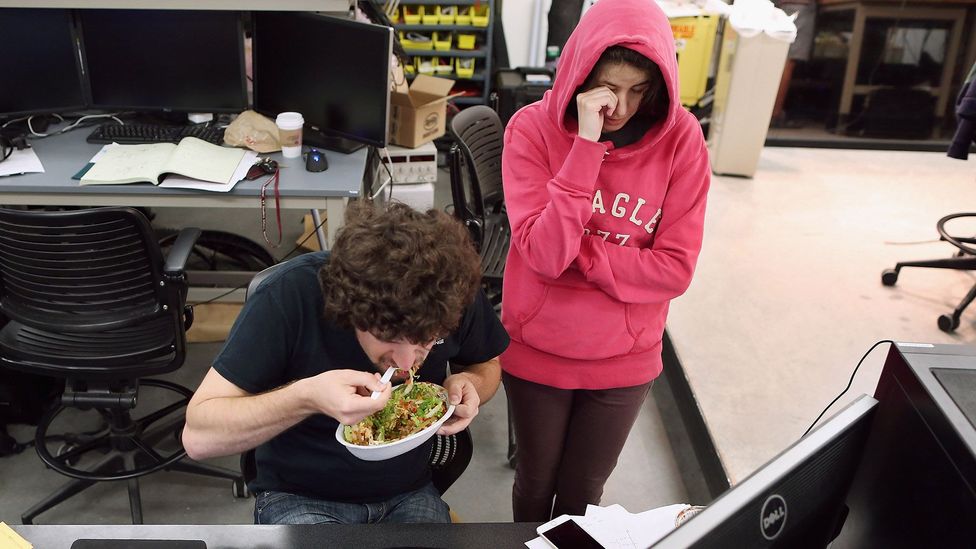 We’re bidding farewell to 2018 with some of BBC Capital’s greatest hits from over the last year. With these compelling stories, indispensable tips and expert insight, you’ll be ready to make 2019 the best it can be.

This story is from BBC World Service and was written by Fernando Duarte.

South Korea is reducing its maximum working week from 68 hours to 52 hours in a bid to boost the country’s productivity and the number of children being born.

But the average working week varies depending where you live in the world. So, which countries are “burning the midnight oil”?

In March, South Korea's National Assembly passed a law that will give a substantial amount of its workforce a well-deserved break. It is the developed nation with the longest working hours, according to the Organization for Economic Cooperation and Development (OECD).

The South Korean government also believes it could even increase the country's birth rate, which has decreased substantially in the last few decades.

This new law will come into force in July 2018, although initially it will only apply to large companies before reaching smaller businesses.

Despite opposition from the business community, the South Korean government believes the law is necessary to improve living standards, create more jobs and boost productivity.

Exception to the rule

The South Korean government also believes it could even increase the country's birth rate, which has decreased substantially in the last few decades.

South Korea has currently longer working hours than any other developed country: an average 2,069 hours per year, per worker, according to 2016 data compiled by the OECD.

South Koreans bucked a global trend: studies carried out by the International Labor Organization (ILO) show that lower and middle-income countries tend to work longer hours than their richer counterparts, thanks to a series of factors that range from the proportion of self-employed workers in the labour force to lower wages, job insecurity and cultural issues. 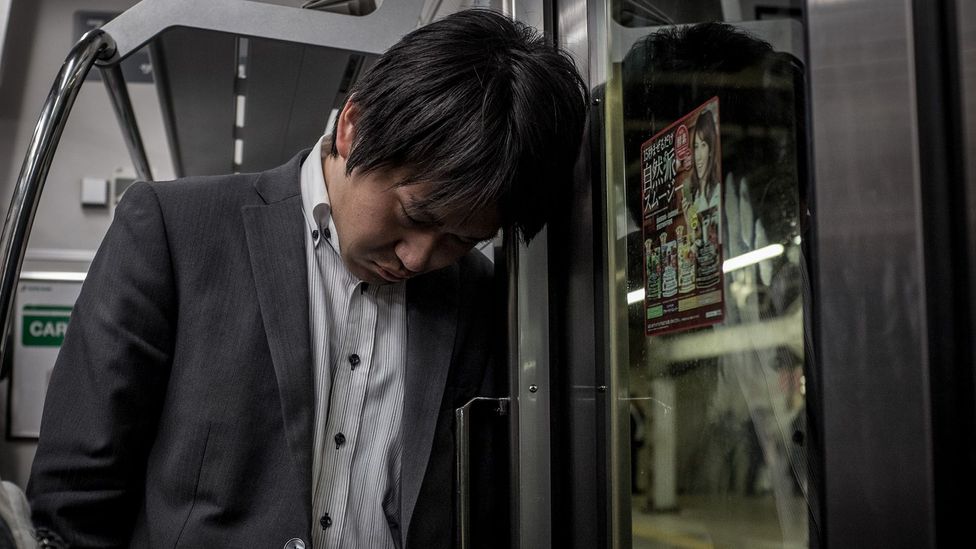 Death by overwork is so prevalent in Japan that they have a word for it: Karoshi (Credit: Getty Images)

But South Korea is not the only rich country to defy the odds. Japan has a problem with "death by overwork", expressed not only by statistics but also the fact that the Japanese language has a word for this: karoshi.

In more specific terms, the word means employees dying either from stress-related ailments (heart attacks, strokes) or the ones who take their own lives because of the pressures of the job.

The average of 1,713 hours worked per year in Japan is not among the highest in the OECD list, but beyond the number, there is the grim reality that the country has no legislation at all stipulating a maximum weekly hours limit and neither overtime limit.

In the 2015-16 financial year, the government registered a record 1,456 karoshi cases. Workers’ rights groups claim that the actual figures could be many times higher due to underreporting.

Japan has a problem with "death by overwork", expressed not only by statistics but also the fact that the Japanese language has a word for this: karoshi.

According to ILO's most recent figures, Asia is a continent where more people work the longest hours: most of the countries (32%) have no universal national limit for maximum weekly working hours and another 29% have high thresholds (60 weekly hours or more). And only 4% of the countries abide by the ILO recommendations and set the international labour standards of a maximum of 48 hours or fewer for the working week.

In the Americas and the Caribbean, 34% of the nations have no universal weekly hours limit, the highest rate amongst regions. One of the countries without a limit is the United States.

But it is in the Middle East where the legal limits are more open for long hours: eight out of 10 countries permit weekly working hours in excess of 60 hours per week.

In Europe, on the other hand, all countries have maximum weekly hours, and only Belgium and Turkey have legal working hours of more than 48 hours.

But it is Africa that shows the greatest number of countries in which more than one of third of the labour force works over 48 hours per week. The rate in Tanzania, for instance, is 60%.

Mexicans, apart from the longest hours, are also subjected to one of the meanest holiday regimes in the world: their legal minimum paid annual leave is less than 10 days, like in Nigeria, Japan and China, for example, while regional neighbours Brazil offer a minimum of between 20 to 23 days.

It could be worse, though. In India, where there is no universal national limit for maximum working hours, workers do not have a guaranteed minimum amount of annual leave.