Are there six traits that could really mark out your potential to achieve?

We’re bidding farewell to 2018 with some of BBC Capital’s greatest hits from over the last year. With these compelling stories, indispensable tips and expert insight, you’ll be ready to make 2019 the best it can be.

Are you curious, conscientious and competitive? Do you also have the more mysterious qualities of “high adjustment”, “ambiguity acceptance” and “risk approach”? If so, congratulations! According to new psychological research, these six traits constitute a “high potential” personality that will take you far in life.

The truth, of course, is a little more nuanced. It turns out the same traits, in excess, may also impede your performance, and the real secret to success may be to know exactly where you fall on each spectrum, and how to make the most of your strengths and account for your weaknesses. But this new approach promises to be an important step forward in our bid to understand the complex ways our personality affects our working life.

Attempts to capture our workplace personality have, after all, suffered a chequered record in the past. One of the most popular tests used today is the Myers-Briggs Type Indicator, which sorts people according to various thinking styles, such as “introversion/extroversion” and “thinking/feeling”.

As many as nine out of 10 US companies now use Myers-Briggs to screen employees. Unfortunately, many psychologists feel that the theory behind the different categories is outdated and fails to correlate with actual measures of performance. One study suggested that the MBTI is not great at predicting managerial success. Some critics even claim that it is pseudoscience.

Attempts to capture our workplace personality have, after all, suffered a chequered record in the past

“As a conversation starter, it’s a good tool, but if you are using it on a large scale to predict performance or to try and find high-performing candidates, it doesn’t work,” says Ian MacRae, a psychologist and co-author of the book High Potential.

Figuring that recent advances in psychological research could do better, MacRae and Adrian Furnham of University College London have now identified six traits that are consistently linked to workplace success, which they have now combined into the High Potential Trait Inventory (HPTI). 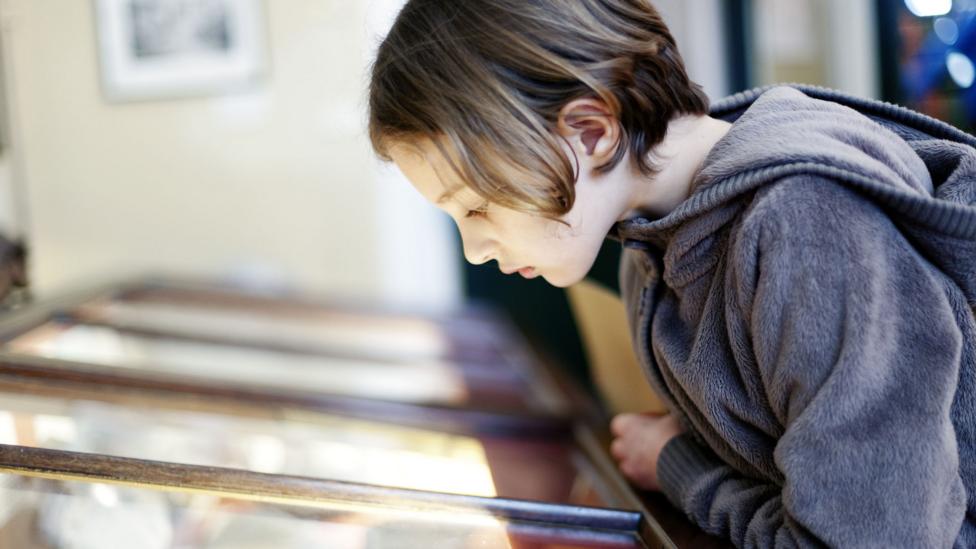 Nurturing your curiosity may help you to learn more easily, increase your overall job satisfaction and protect you from burnout (Credit: Getty Images)

MacRae points out that each trait may also have drawbacks at extremes, meaning there is an optimal value of each one. He also emphasises that the relative importance of each trait will be determined by the job you are doing, so the particular thresholds would need to be adapted depending on whether you are hoping to succeed in, say, a technical position. But the version of the test that I have seen was focused on leadership roles.

With this in mind, the six traits are:

Conscientious people commit themselves to plans and make sure they carry them out to the letter. They are good at overcoming their impulses and thinking about the wisdom of their decisions for the long-term. After IQ, conscientiousness is often considered one of the best predictors of life outcomes like educational success. At work, high conscientiousness is essential for good strategic planning, but in excess it may also mean that you are too rigid and inflexible.

Everyone faces anxieties, but people with high adjustment can cope with them more easily under pressure, without allowing it to negatively influence their behaviour and decision-making. People with low scores on this scale do appear to suffer from poor performance at work, but you can mitigate those effects with the right mindset. Various studies have shown that reframing a stressful situation as a potential source of growth – rather than a threat to their wellbeing – can help people to recover from negative situations more quickly and more productively.

Are you the kind of person who would prefer tasks to be well-defined and predictable? Or do you relish the unknown? People with a high tolerance for ambiguity can incorporate many more viewpoints before coming to a decision, which means they are less dogmatic and more nuanced in their opinions.

“Low ambiguity tolerance can be considered a kind of dictatorial characteristic,” MacRae says. “They’ll try to distil complicated messages into one easy selling point, and that can be a typical trait of destructive leadership.”

Crucially, someone who can accept ambiguity will find it easier to react to changes – such as an evolving economic climate or the rise of a new technology – and to cope with complex, multifaceted problems. “We’re trying to identify the ability of leaders to listen to lots of different opinions, to take complex arguments and to make sense of them in a proactive way, instead of simplifying them,” MacRae adds. “And we have found that the more senior you are in a leadership position, the more important that becomes for decision-making.”

In excess, however, curiosity can also lead you to have a “butterfly mind” – flying from project to project without seeing them through

Low ambiguity acceptance will not always be a drawback. In certain fields – such as regulation – it can be better to take a more ordered approach that irons out all the wrinkles in the process. Knowing where you stand on this spectrum may prevent you from stretching too far from your comfort zone.

Compared to our other mental traits, curiosity has been somewhat neglected by psychologists. Yet recent research shows that an inherent interest in new ideas brings many advantages to the workplace: it may mean that you are more creative and flexible in the procedures you use, help you to learn more easily, increases your overall job satisfaction and protects you from burnout.

In excess, however, curiosity can also lead you to have a “butterfly mind” – flying from project to project without seeing them through.

Would you shy away from a potentially unpleasant confrontation? Or do you steam ahead in the knowledge that the short-term discomfort will resolve the situation, bringing long-term benefits? Unsurprisingly, the capacity to deal with difficult situations is critical for management positions where you need to take action for the greater good, even when you are faced with opposition.

There’s a fine line between striving for personal success and caving into unhealthy jealousy of others. At its best, competitiveness can be a powerful motivation that leads you to go the extra mile; at its worst, it can lead teams to break down.

Together, these six traits consolidate most of our understanding to date on the many different qualities that influence work performance, particularly for those setting their sights on leadership.

Equally interesting are the personality traits that MacRae and Furnham haven’t included, however. The extroversion-introversion scale, for instance, may determine how we deal with certain social situations, but it seems to make little difference in overall job performance. Agreeableness – our capacity to get along with other people – doesn’t appear to predict professional success.

Almost everyone will fall outside the optimum range for at least some of these traits, but this needn’t be a problem if we have colleagues who can rein us in

To measure each trait in the HPTI, participants have to rate how strongly they agree or disagree with a series of statements, such as: “I get frustrated when I don’t know precisely what is expected of me at work” (aimed at discovering ambiguity acceptance) or “my personal targets exceed those of my organisation” (which measures conscientiousness).

MacRae has now validated HPTI in various sectors, tracking the performance of business leaders of multinational organisations over several years, for instance.

The research is still ongoing, but a paper published last year demonstrated that these traits can predict subjective and objective measures of success. In one analysis, the participants’ answers explained about 25% of the variation in income – which is a reasonably strong correlation (and comparable to the influence of intelligence, say) even if it does still leave many differences unexplained. In this study, competitiveness and ambiguity acceptance turned out to be the strongest predictors of take-home pay, while conscientiousness seemed to best predict the subjective measures of satisfaction.

The researchers have also examined the relation of these traits to IQ – another important predictor of workplace success – finding a small overlap between the two.

As part of a wider recruitment process, the HPTI could be used to screen high potential candidates, but MacRae says it can also aid personal development, so that you can identify your own strengths and weaknesses and the ways you may account for them. It could also be useful for constructing a balanced team that reflects the full spectrum of “high potential” traits, with a wealth of research showing that groups benefit from diverse thinking styles. Almost everyone will fall outside the optimum range for at least some of these traits, but this needn’t be a problem if we have colleagues who can rein us in.

But does anyone ever meet all the criteria? MacRae told me that he can think of a couple of individuals who fit the bill, including the CEO of a bank in Canada. “He was almost optimal in all of the traits,” MacRae says. “And I have to say, that was very intimidating.” Despite those feelings of awe, the benefits of this unique personality profile were apparent throughout the meeting. “Even if it can be a bit scary to work with that kind of person, you know exactly what to expect – they are someone you can trust, rely on and respect.”

David Robson is a freelance writer based in London, UK. He is d_a_robson on Twitter.