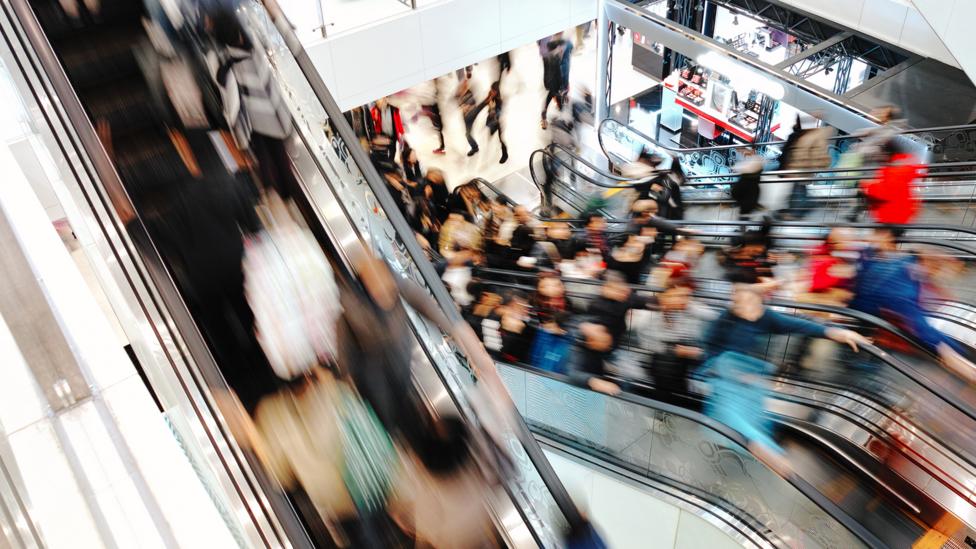 By Denise Hruby 8th May 2018
A familiar 12-hour, six-day-a-week working schedule in China powered by unpaid overtime is under threat – ambitious millennials have had enough.
G

Glitzy nightlife, museums, live concerts – Shanghai promises everything that attracts young professionals to an expensive city. But Li Zhepeng, a 25-year-old who arrived from China’s heartland, wasn’t able to enjoy any of it.

Instead, he spent his time at the office working. He would clock in at 9am, after a 90-minute commute to the outer suburbs where his e-commerce firm rented cheap office space, and usually left well after 8pm.

“Sometimes, there was no reason for the long hours – it was just the whole work culture,” Li says. The young professional was expected to stick to a grueling work schedule that has become so pervasive in Chinese companies that it’s now commonly referred to as 996: working from nine in the morning to nine in the evening, six days a week.

As a low-level employee at an e-commerce site, Li was tasked with posting descriptions of toys and backpacks. He was even expected to work on Sundays, when he’d reply to questions from customers from Australia, Europe or the US from home. 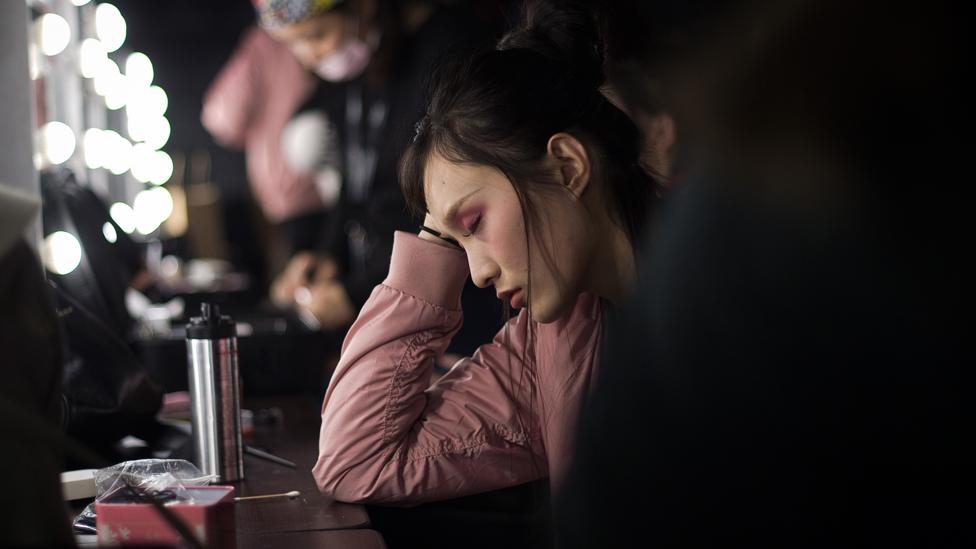 China's "rule of 996" - working from 9am to 9pm six days a week - is not going over well with China's youngest generation (Credit: Getty Images)

For that, Li received a salary of 3,500 yuan a month, or about $560 (£406). That’s less than half of the monthly rental cost of a one-bedroom apartment outside the city centre, and so he’s sharing a small apartment with three flatmates.

Li said that initially he felt he couldn’t be too be picky: he had majored in English, not in one of the sought-after science or technology fields, and he had attended a low-ranked university. Many of his friends are unemployed.

But he nonetheless then became part of a phenomenon that experts have started to notice – young professionals pushing back against employers who expect them to work around the clock.

At the forefront are millennials who are often better educated, more aware of their rights and more interested in finding something fulfilling than the previous generation

At the forefront are millennials who are often better educated, more aware of their rights and more interested in finding something fulfilling than the previous generation. And as only children (China’s one-child policy wasn’t eased until 2015), they are also outspoken and pampered.

“In my experience young people, especially the post-90s generation, are reluctant to work overtime – they are more self-centered,” says labour rights expert Li Jupeng, one of many who have observed some millennials challenging the 996 concept.

The relative affluence of their parents and grandparents is part of the reason. China’s rapid economic transformation has given rise to a sizeable middle class, with almost 70% of the country’s urban population making between $9,000 and $34,000 annually in 2012. In 2000, that figure was just 4%.

As only children, millennials are receiving a lot of support from their families – including a financial safety net should their careers not go as planned.

Although their options for pushing back are limited, some are no longer willing to put in long hours for a meagre paycheck.

Li, for example, decided quickly that he hadn’t come to Shanghai to spend every waking hour in an office or commuting.

“You work around the clock, and you get very, very tired,” Li says. “But if you complain, they say you can just go and find another job.” After just 20 days on the job, he resigned.

In some cases, young workers have sued their employers. That’s according to a report by Zhang Xiaolin, a senior legal counsel at Wusong Network Technology (a Beijing-based law consulting company) and venture capital firm China Growth Capital.

It’s not just the hours, but also the pay

“Theoretically, a 996 work schedule is against the law,” she says. Companies may apply for special permission to adopt a 996 schedule if their business warrants it. Pilots or train conductors, for example, can work longer shifts than the eight hours stipulated under Chinese law. But e-commerce businesses like the one Li was working for do not qualify.

“So even if these companies try to apply for such working hours, most of them would not get approval from the labour administration,” Zhang says. In legal disputes, that can put the employee at an advantage.

It’s not just the hours, but also the pay – more than 40% of start-ups they interviewed did not have a clear compensation scheme for overtime, she added.

In his second job, also at an e-commerce firm, Li was more self-confident. He spoke to his boss, asked for a more manageable workload and to leave on time every once in a while. She agreed.

To most of his colleagues, speaking up was a brave move. “They said I was their idol,” he says. 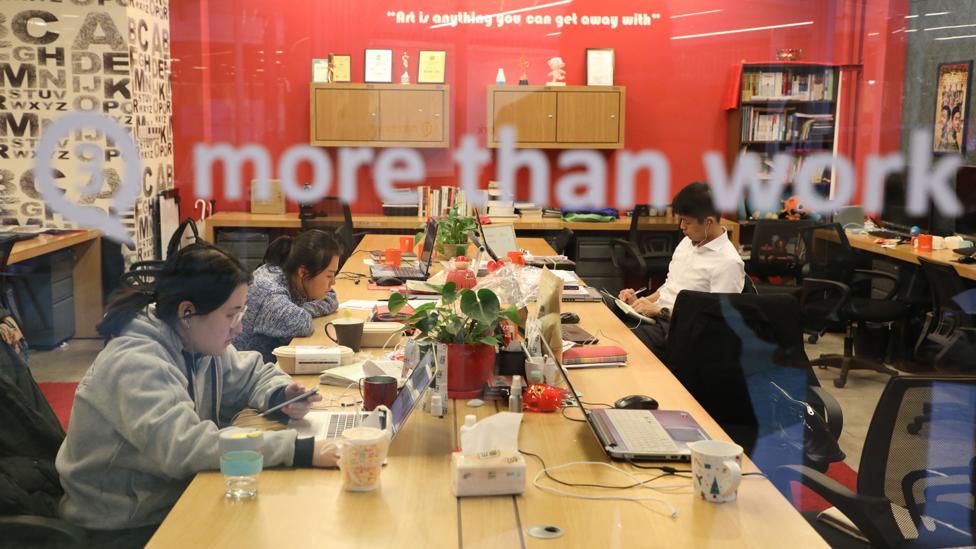 Millennials in China are well-educated, more aware of their rights and seek work that has value. As such, they are reacting negatively to the 996 rule (Credit: Getty Images)

The birth of a punishing schedule

There are historical reasons behind the emergence of the 996 culture.

When China’s tech and start-up scene started to flourish in the early 2000s, most companies sought employees willing to work around the clock, something which helped some of them grow into the country’s biggest companies. Tech company Tencent, for example, is among the world’s five most valuable firms.

“For the last 10 or 15 years, the work culture has been extremely intense,” said William Bao Bean, a venture capitalist and the managing director of start-up accelerator Chinaccelerator.

And because China’s tech companies, who were among the first adopters of unpaid overtime, are now the largest employers, companies in other fields have also started to make their staffs work longer hours in a bid to match their success.

The normalisation of unpaid overtime led to the invention of the phrase 996 – but Bao Bean says the very existence of the phrase is also a sign that attitudes might be changing.

China has moved from a society that was told what to do, to one that is doing what it wants to – William Bao Bean

“The fact that there is now a word for it and that we are having a conversation about this shows that the market is maturing,” he says.

However, Bao Bean says that people who like their work environments are not grumbling about the hours. Companies who inspire their employees offer good compensation packages and that are prestigious can find people to work 996 without complaint, he says.

“China has moved from a society that was told what to do, to one that is doing what it wants to, and that’s also a millennial thing,” he says.

Software developer Johnson Wu works six days a week, about half of them on nine to nine schedule – not more than any other company would expect him to work. Often he gets home too late to put his child to bed and he hasn’t watched a TV series in years.

But his employer is Huawei, China’s biggest tech company by revenue, which has been growing faster than mobile phone competitor Apple. The pay is good and his company’s name is well respected. When he introduces himself as a staffer, people nod in recognition.

Li is trying to find something similar – a meaningful job, better pay perhaps or at least the chance for more professional development. He left his second job after about three months despite his negotiating success. The job, he said, didn’t make him happy and he didn’t get along with his boss.

He’s living off his meagre savings and says that his parents have offered to support him financially while he figures out what to do with his life. At the moment, he’s interviewing for a job with a travel company in Fiji. And in the meantime, he says: “I’m just going to relax.”