Despite scandals over fake news and data privacy, the social network is unlikely to disappear any time soon

I was a freshman at Indiana University in 2004 when I first heard about a new website for people my age. I was chatting with some friends on AOL Instant Messenger in my dorm room, at the start of a new semester.

“Have you heard of The Facebook?” a couple of them asked. “You should sign up. It’s this new site for college kids.”

Fast forward to April 2018: founder and CEO of “The Facebook,” Mark Zuckerberg, sat before US Congress trying to convince lawmakers his social network, initially set up as a way for students to stay in touch with each other, does not pose a threat to the stability of Western democracy and does not treat its users’ personal information with disdain.

The hearing saw him admit that his company had not done enough to prevent the service it provides being used for fake news, foreign interference in elections and data leaks. In March, it emerged that a political consultancy called Cambridge Analytica used data harvested from millions of Facebook users without their consent. The scandal rocked Facebook to its core and has forced its founder to reconsider how it does business.

In the latest round of his grand apology tour Zuckerberg faced the European Parliament this week and faced even tougher questioning, just as Europe is poised to introduce new laws that will give it some of the strictest data privacy rules in the world: General Data Protection Regulation (GDPR).

It’s a far cry from what my college pals and I used the site for 14 years ago: sending a friend request crushes from maths class or clicking through photos of last Friday’s frat party. As one of the first few thousands of users, I find Facebook’s evolution and societal function both equally fascinating and disturbing.

How has a university directory evolved to last as long as it has? Why did it flourish while competitors like MySpace failed? Why have so many users stayed, despite constant interface changes and scandals?

The biggest question of all that gnaws at the back of my mind is whether there is any stopping Facebook in the future?  It looks increasingly like the answer is no.

“Friendster failed for simple reasons: the time wasn’t right,” says Bernie Hogan, senior research fellow at the Oxford Internet Institute. “Not only is it about the readiness of people to participate in a social networking site, but it’s also just about the nuts and bolts.” 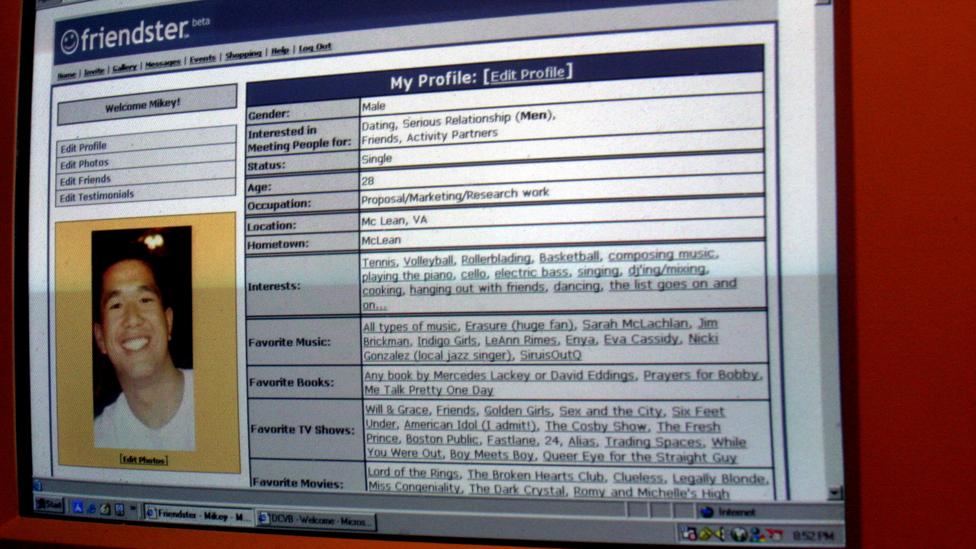 Friendster and MySpace helped blaze the trail for Facebook's global popularity, but they failed to achieve even close to the same success as their successor (Credit: Getty Images)

The kind of engineering that allows Facebook to function every day simply wasn’t available back in the early days of the new millennium. But by 2004, internet speeds had increased and the coding that underpins websites had become more sophisticated. The technical limitations of earlier social networking sites like Friendster and Friends Reunited cleared the runway for Facebook.

But despite technical barriers, those other sites paved the way for Facebook at a time when people were still a little wary of putting too much of themselves out on the internet. In the 1990s, internet users were warned against even sharing their first name online, but now words like “oversharing” and “selfie” are so common they are recognised by the Oxford English Dictionary.

“They habituated society to be comfortable with social networks,” says Tim Hwang, speaking about Friendster and MySpace. He’s the director of the ethics and governance of the Future Society’s ArtificiaI Intelligence Initiative. “It takes a couple of tries [for users to say], ‘Oh, I understand what this product is.’”

Once the mid-2000s rolled around, Facebook was also able to hire a lot of talented engineers from Silicon Valley, which helped it put together the kind of website infrastructure that could scale-up with an exponentially growing user base. Your Newsfeed doesn’t curate and customise itself – its launch needed engineers to cook up algorithms that picked the most valuable updates from your friends’ updates.

But Hwang points to another serendipitous factor in Facebook’s global rise: mobile phones. In a lot of developing countries, people only have cheap mobiles to access the internet. In fact, a lot of these users think Facebook is the internet.

“We can’t discount the power of mobile,” says Hwang. It’s made “social networks much, much more pervasive. You have social media at all times in your pocket, which makes it this powerful platform for news and conversation that operated in a slower way in the desktop-only era.”

As Facebook’s popularity has spread, so too have predictions of an imminent “tipping point”. One 2014 study from Princeton University forecast that Facebook could lose “80% of its peak user base between 2015 and 2017.” This prediction was made long before the Cambridge Analytica scandal did so much harm to the company’s reputation. So, how has Facebook managed to accumulate the business equivalent of a cat’s nine lives?

For starters, it has become so engrained and intertwined in the digital ecosystem of the 21st Century that it is hard to now untangle it. Oxford’s Hogan points to a concept he calls “interoperability.” This is where a Facebook login is often required to use and operate other online services.

“Just today I went out to buy concert tickets,” Hogan says. “I had to log into Facebook. I don’t use Facebook, but I had to dust off my login. Facebook is becoming that de facto, online identity provider.” 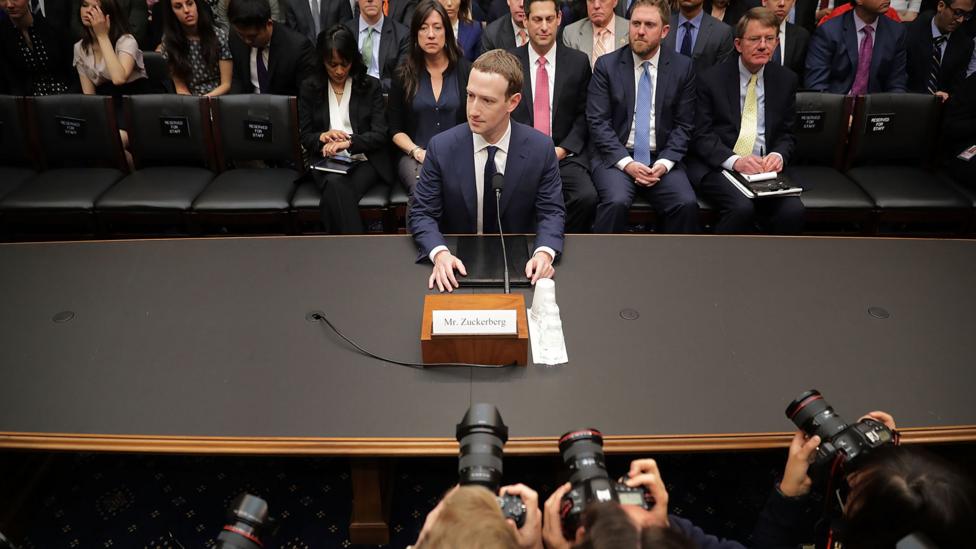 Facebook also taps into basic human needs, according to psychologists. Even with social media movements like #DeleteFacebook, mass privacy concerns or even just calls to leave the site on the back of pedestrian design tweaks, people just can’t stay away.

“Almost everybody comes back,” says Catalina Toma, associate professor of communication science at the University of Wisconsin. “Social networking sites tap into what makes us human: we like to connect with others.”

But there are tangible benefits beyond those that keep people hooked.

“Lots of studies show the more people use Facebook, the more social capital they derive – resources that we get from just being connected to other people,” says Toma. “There’s emotional support, asking for advice, asking for recommendations.”

For many Facebook users, the pros outweigh the cons: tracking down long-lost friends, getting leads to a job, expanding their business. They can deal with the glamourised glimpses

All this keeps people coming back for more, despite the onslaught of what Toma calls “glamourised glimpses”. These are the carefully curated peeks into the lives of everyone else, who all seem to be doing better than you.

“They feel worse, but they cannot stop,” Toma says.

For many Facebook users, the pros outweigh the cons: tracking down long-lost friends, getting leads to a job, expanding their business. They can deal with the glamourised glimpses.

Even in the face of a scandal making headlines around the world, the site’s user base isn’t dipping as much as you’d think it would, particularly on the heels of a year of abysmal press. (See also: fake news and accusations of political bias.) Hogan points to this adversarial nature of the relationship between Facebook and your data. As long as we have the internet on smartphones in the palms of our hands, institutionalised entities like Facebook are bound to have a grip on our lives.

“Social media companies seek to exploit one’s attention for profit,” Hogan says. “It’s not even ambiguous. It’s exactly what Zuckerberg said in Congress: ‘Where do you get your money?’ ‘We get it from ads.’” 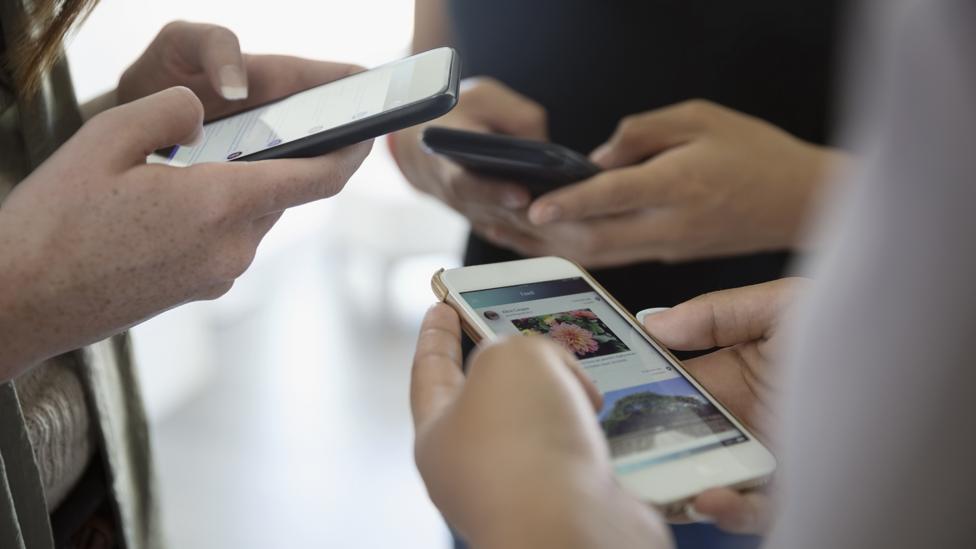 But even after the Cambridge Analytica disaster – Zuckerberg eventually published an apology to the 87 million Facebook users whose data was inappropriately shared  – there’s still no stopping the social media steamroller.

“Facebook’s business is still going to accelerate,” says Scott Galloway, a professor of marketing at New York University who wrote The Big Four, a book about how powerful a tiny handful of technology companies are becoming. “Consumers talk a big game but where is the first place they go to express their rage? Facebook and Instagram. And with 2.2 billion monthly active users, advertisers have no choice but to be on Facebook.”

It’s exactly what Zuckerberg said in Congress: ‘Where do you get your money?’ ‘We get it from ads’ - Bernie Hogan

That could change, though, as advertising dollars follow young users who abandon the platform.

Another oft-cited predictor of Facebook’s decline is the exodus of Generation Z – those roughly around 22 years old or younger. They like to send evanescent messages that are automatically deleted on places like Snapchat, not post everything for all to see on Facebook. That’s where their parents hang out now.

Research firm eMarketer predicted in February that the number of Facebook’s young users is plummeting: 2.8 million Americans aged 25 and under left the site last year, with even more predicted to leave in 2018.

Still, there’s plenty of stability with older people – even among senior citizens. The site’s true future could boil down to what world governments decide to do, if anything, about Facebook’s growing influence.

“I don’t think the question is [what is] ‘killing Facebook’,” says Sherry Turkle, professor of the social studies of science and technology at the Massachusetts Institute of Technology. “I think the question is what would get people to an appropriate use of Facebook. To the extent that we ‘knew’ about it before, we found ways to put it out of mind. Now, we can no longer do this.” We’re now all too familiar with the dangers of data leaks and fake news.

“And so, there is a consumer movement that demands more appropriate parameters. People demand to control how Facebook uses their data and people put on Facebook only what they are willing to have shared.”

There’s also the simple fact that Facebook has a monopoly.

“Facebook’s sheer size and cash on hand means that they can either acquire or effectively shut down any competition,” says Galloway, pointing to examples like WhatsApp and Instagram, which were eventually absorbed into the Facebook behemoth.

For now, Facebook is still so entrenched in our daily lives, there’s not going to be an immediate escape.

“What’s more likely to happen is that people start to realise the markets and economy might be better off – by stimulating innovation, creating new jobs – if we were to break it up and have multiple firms instead of just one,” Galloway says. That’s the more likely outcome than Facebook just crashing, burning and disappearing altogether, according to the experts.

For this to happen, governments will crack down on regulation to make Facebook less powerful. And while Facebook’s success has satisfied our human needs for connections, its sheer size, massive user base, and staying power has brought with it unprecedented scrutiny – like the kind we’ve seen this week in Europe.

“We’ll need to have a new fighter in the corner for people,” Hogan says.