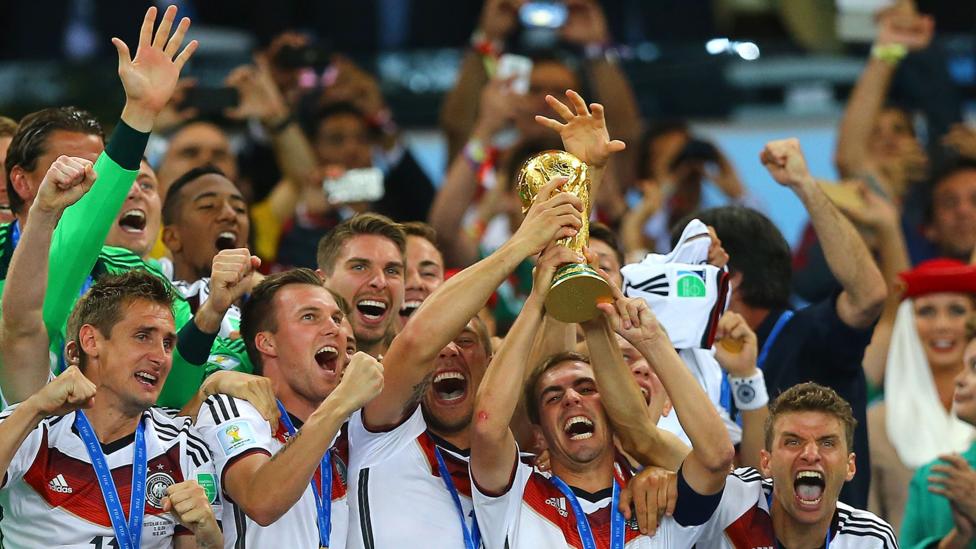 With a half-hearted mew, a white cat called Achilles hovers lazily between two bowls of food adorned with the national flags of Russia and Saudi Arabia. The preferences of this rather ordinary-looking feline, which lives in the basement of the State Hermitage Museum in St Petersburg, Russia, have come under surprising scrutiny in recent weeks.

The reason for the attention? He is the official animal oracle for the 2018 Fifa World Cup. The clairvoyant cat signals who will win matches by choosing between two boxes with bowls of food outside them.

According to curators at the Hermitage, Achilles has a good track record for predicting the outcome of football matches after successfully picking the winners of games in last year’s Confederation Cup. 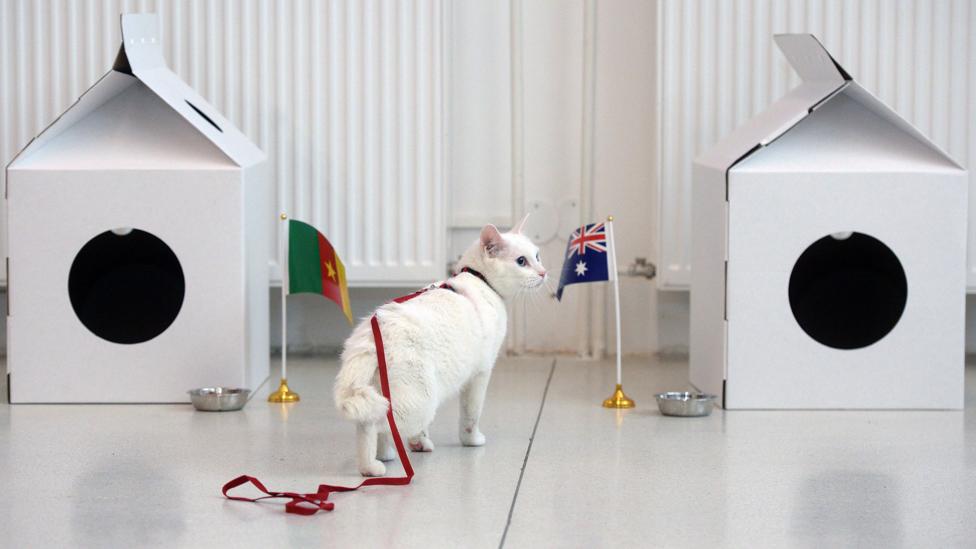 Achilles, a deaf cat whose day job is to catch mice in the basement of a museum in St Petersburg, is the official animal psychic of the 2018 World Cup (Credit Getty Images)

Achilles is just the latest in a succession of mystic animals used to predict the outcomes of the World Cup. During the 2010 World Cup in South Africa, an octopus named Paul was shown on national German television predicting the results of matches. The last World Cup in Brazil was blessed by several "psychic" animals, including kangaroos, guinea pigs and camels.

Not everyone, however, is content to leave predictions to prophetic beasts. Bookmakers employ a more methodical approach to set odds using not only historical data on a team’s performance, but also events such as players’ form and injuries to find their favourites. According to bookmakers Paddy Power, the current favourites to win the 2018 World Cup are Brazil at 4/1, followed by Germany at 5/1.

Some, however, are turning the power of sophisticated statistical models on the beautiful game. Algorithms more commonly used by banks to forecast rising oil prices or changes in the stock market are being tweaked to predict the results of fancy footwork by star players like Cristiano Ronaldo, Lionel Messi and Wayne Rooney.

In many ways, according to some analysts, making an accurate call on the results of the World Cup, is far easier than their day job of tracking the ups and downs of the stock markets.

“We know quite a lot about the World Cup because Fifa puts out the game schedule, the rules of the tournament and ranks the teams” ahead of time, says Michael Bolliger, head of emerging markets asset allocation at investment bank UBS, who has turned the financial algorithms he uses day to day onto predicting who might win the World Cup. “So we know a lot more about what we want to model than we do when looking at the investment markets.” 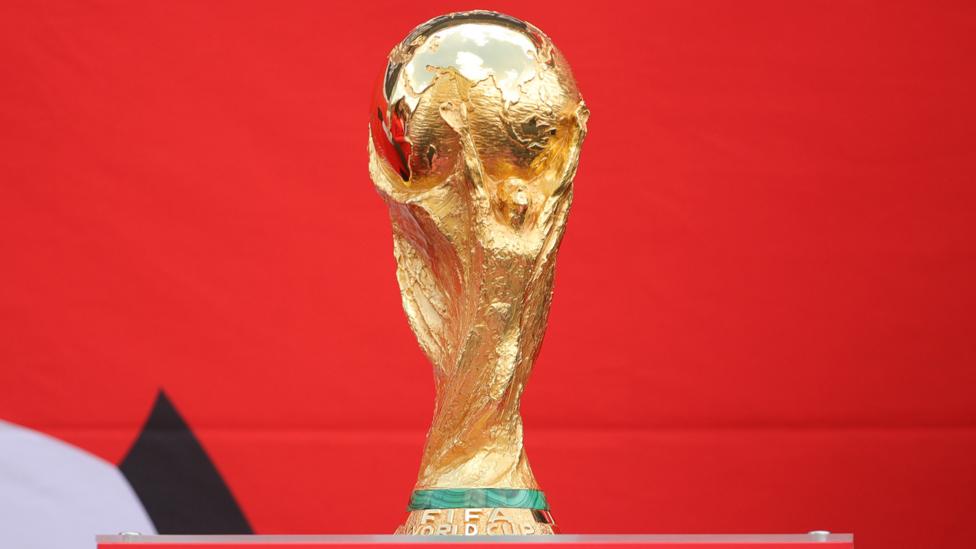 The 2018 World Cup in Russia will see 32 teams play a total of 63 matches before they can raise the trophy (Credit: Getty Images)

Bolliger tested hundreds of possible variables that can influence the outcome of a football match. He found there were just four that made a real difference to his ability to predict games when testing his model against the results in the past ten World Cup tournaments.

The first was an objective ranking of the teams using their Elo ratings, which orders the national teams using a measure of the relative skill of each team. He also incorporated how well the teams performed in the past 12-18 months during the qualification stages of the World Cup.

While past performance is often used to warn investors against betting on a stock’s future performance, past participation in the World Cup and experience of winning played a significant role in predicting future winners in Bolliger’s modelling.

“These countries – Brazil, Germany, Italy and Uruguay – have played in most tournaments and have won it,” says Bolliger. “They know how to win a World Cup, but the current players also have more confidence because of the previous guys winning, they believe they can win again.”

Bolliger also incorporated another psychological factor into his model – home advantage. Teams playing on their home turf tend to perform far better than might be expected, because having the crowd behind them gives them a boost. 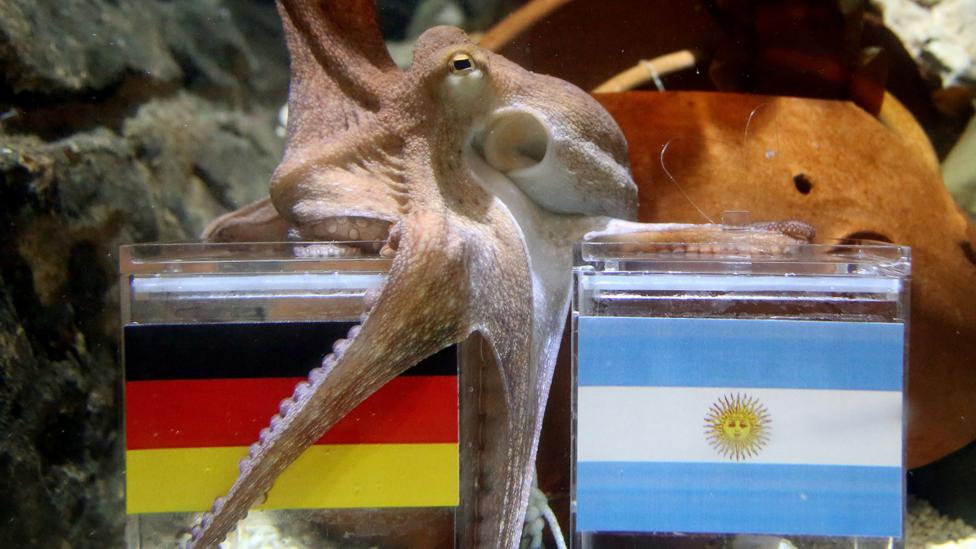 Paul the octopus was one of the more successful animal psychics when it came to predicting the outcome of World Cup matches (Credit: Getty Images)

But interestingly he also layered in an algorithm that deliberately introduces an element of chance to the model. This is because in sport, much like in the wider world, upsets do happen. The best team doesn’t always win and footballing minnows can become giant killers.

“In the world of investments we do something similar – we bring in this element of unpredictability that helps us make better conclusions,” says Bolliger.

Bolliger’s algorithms crunched the data about team ranking, past performance, recent results, and home advantage to calculate the possible outcomes of 10,000 tournaments. Adding a random element to account for upsets that might disrupt the expected results produced a range of outcomes, allowing outliers to do better than expected, for example. He then counted how many times each of the 32 participating teams won, made it to the semi-finals or was eliminated at group stages. It showed that Germany and Brazil were most likely to meet in the final. 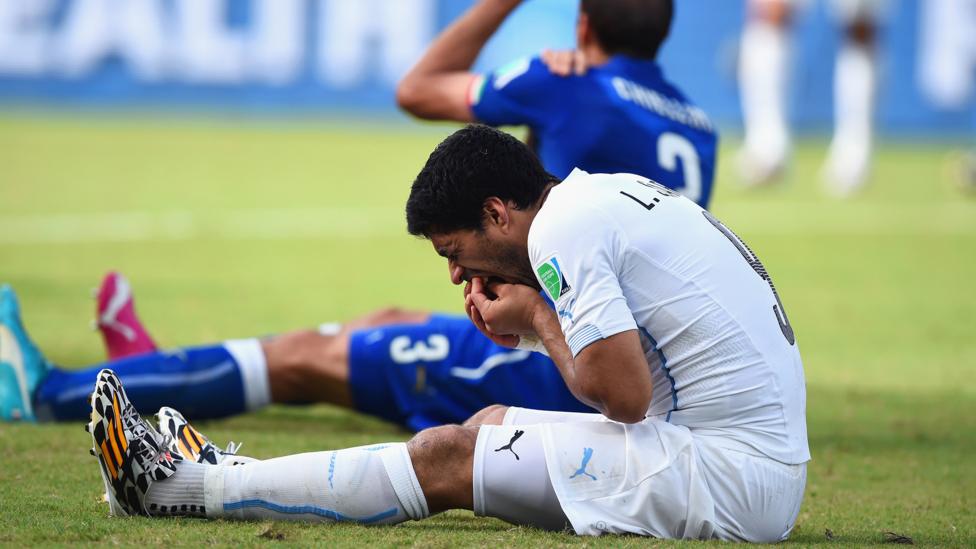 The ban handed to Uruguay striker Luis Suarez after a biting incident at the last World Cup played a part in his side being knocked out of the tournament (Credit: Getty Images)

The idea that uncertainty can make predictions more accurate might at first seem rather strange, but the world is an unpredictable place. And the business world is one in particular that is subject to the vagaries of human nature.

One certainty about the World Cup is that the tournament will always feature some things that just cannot be predicted.

Who, for example, could have guessed that Uruguay striker Luis Suárez would bite an opposing Italian player on the shoulder during a group stage match at the 2014 tournament in Brazil? Suárez was given a nine-match ban for the incident, something many pundits say contributed to Uruguay crashing out of the next round of the competition. 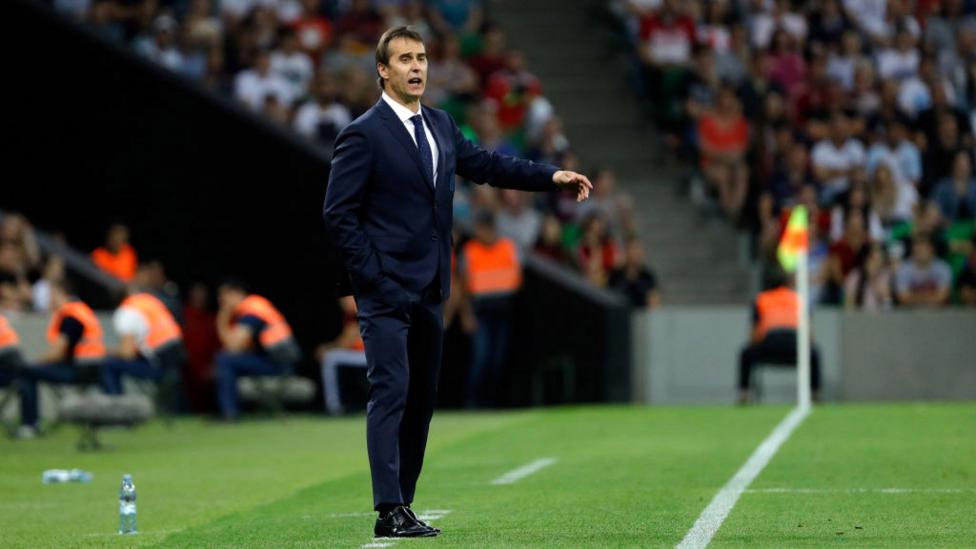 Similarly the surprise decision by the Spanish Football Association to sack their national coach Julen Lopetegui just one day before the start of the World Cup in Russia could easily introduce similar levels of unpredictability to this year’s tournament.

Unpredictable events and temperamental player behaviour can swing the result of a match, just as they can in business negotiations or the stock market. Pre-game nerves, match-day pressure and trouble at home can turn even a team of footballing superstars into a shambles.

“On average, about 86% of a result in a match between two teams is random,” says Andreas Heuer, professor of complex systems theory at the University of Münster, who has studied how to predict football scores. “If the players were robots of equal skill, the chances of winning would be like throwing a dice. With the right data, you can predict a match.

“But when the psychology of the players comes in, prediction gets a lot harder.”

Heuer points to a well-studied phenomenon known as loss aversion, which was first identified by Nobel Prize-winning psychologist Daniel Kahneman. It says that humans objectively feel losses far more than they do gains. And it seems to play a major role in matches where the score is 0-0 in the 80th minute, according to Heuer’s analysis.

“There are far fewer goals in the final 10 minutes of a football match than one might expect statistically,” says Heuer. “The activity of the teams goes down and they take less risks. They seem to see a one-point draw as being a better option than the chance of getting no points.”

On the other hand, a draw is not a good result given that teams might get three points for a win. Yet football players and managers seem to prefer to play it safe, especially in the early stages of a tournament like the World Cup where table points matter.

“This is just irrational behaviour,” adds Heuer. “But people tend to avoid losses.”

These are problems that regularly crop up in business decision making, too. Those who understand when it is worth ignoring their human instincts to take a risk are likely to do better, says Heuer.

Steve Begg, professor of decision-making and risk analysis at the University of Adelaide in Australia, normally spends his time modelling how uncertainty can impact the oil and gas industry. He too has applied this financial markets-modelling work to predicting the outcome of the World Cup.

Using a technique known as a ‘Monte Carlo simulation’, which was initially developed by scientists working on the atomic bomb in the Manhattan Project, to calculate how the form of each team might change during the tournament. He ran 100,000 simulations of possible outcomes in the forthcoming 63 matches of the tournament.

“Uncertainty is crucial in predicting the chance of an oil or gas field being economic,” says Begg. “In the World Cup, it determines the many ways the whole tournament might play out. Probability is subjective, it depends on what you know. It doesn’t need data – you use what information you have to assign a degree of belief in what might happen, and thus make decisions or, in this case, a judgement on who wins. The crucial thing is that your information and reasoning is not biased.”

This is something Bolliger insists is important too – emotion, no matter how much you want your national side to win, has to be taken out of the equation.

“Investors can learn a lot from the qualities of successful soccer players,” says Bolliger, who ran his simulations during late night shifts at work. “Agility, balance and calm are all things I will try to use in my interactions with clients.”

And the winners of the 2018 World Cup, according to some of the most powerful forecasting tools in the business world? According to UBS, Germany will be the winners, while Beggs predicts that Brazil have the best chance of being champions.

But for those wanting to take a gamble on the winners of the World Cup, there might be another option alternative to popping to the bookies. One study published in 2007 found that a country’s stock market can respond both positively and negatively to World Cup results, perhaps driven by changes in investor sentiment or mood. The researchers from the Norwegian School of Management found stock prices could slide by up to 49 points the day after a national team lost at the World Cup.

Of course, you could just take a day off and enjoy the football.