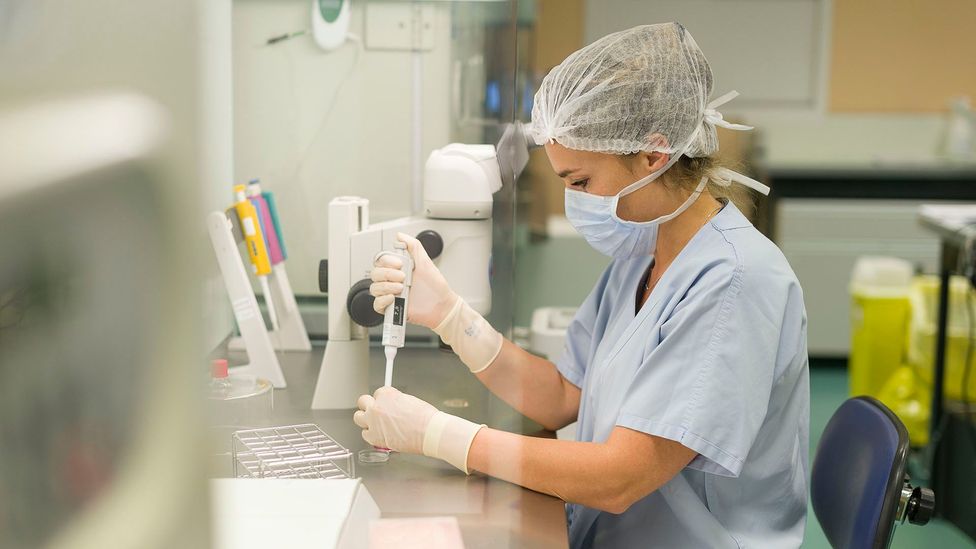 By Anna Louie Sussman 28th June 2018
Growing numbers of healthy young women are freezing their eggs to give them a chance of having children later in life, amassing huge debts in the process. But why?
N

Nadine, a New York-based restaurateur, was supposed to refrain from doing too much physical activity as she prepared to have her eggs frozen.

But despite this, she would regularly cycle the two-mile journey between her Manhattan flat and the Upper West Side fertility clinic for morning ultrasound appointments. The extra stress on her body could possibly have damaged the eggs growing in her ovaries and a ride through New York rush hour by bike is anything but stress-free. Only on the day of the operation itself two years ago did she finally indulge in a cab ride.

“I was like, this is going to save me money,” Nadine explains. She is one of thousands of women each year who decide to have their eggs frozen and stored as an insurance policy for the future. For some, their hope is to preserve their fertility while they look for the right partner or so they can hold off starting a family while they pursue more immediate career goals. 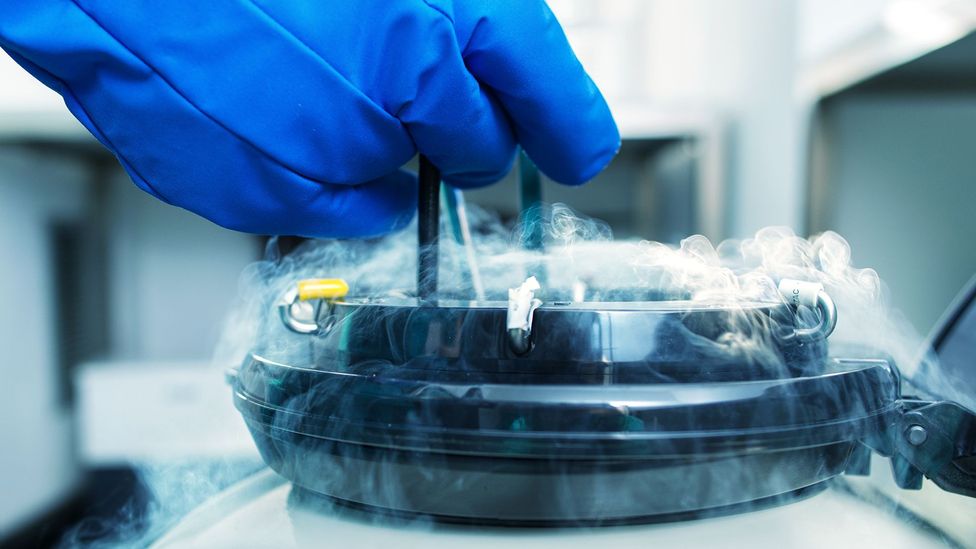 The procedure is much like the first half of an in vitro fertilisation (IVF) cycle: stimulation with hormones that causes multiple eggs to develop, then retrieval before they are frozen. Women can then use these frozen eggs sometime down the line for IVF, should they be unable to conceive naturally.

But much like other forms of insurance, egg freezing – or oocyte cryopreservation as it is also known – can exert a heavy financial toll on those taking it out. A single cycle can cost up to $17,000 in the US, equivalent to a fifth of the US median household income. In the UK, a cycle can cost between £2,500 and £5,000 – roughly 10% to 20% of a median household’s disposable income.

Covering these costs can cause significant financial strain for women, who already earn less and save less than men do. Many women who freeze their eggs decimate their savings, while others are left with significant debt after taking out loans to pay for the procedure or the costly medications.

But why are these women prepared to pay such a high price – often at the cost of other goals such as owning a house or financial security – to store eggs they may never need? There are also absolutely no guarantees the frozen eggs will lead to a successful pregnancy even if they do use them. 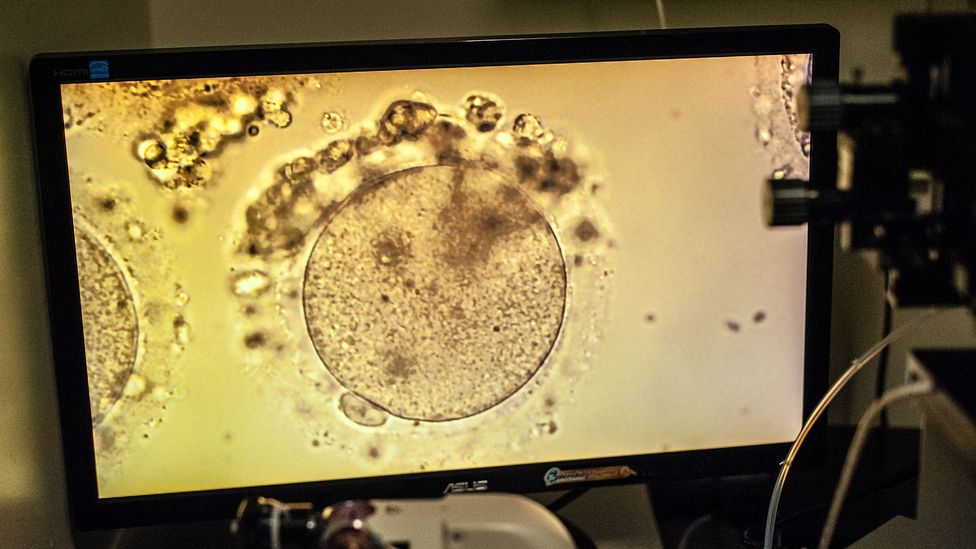 A change in the law has allowed clinics to offer women the chance to freeze their eggs if they wish to postpone when they have children (Credit: Getty Images)

When a handful of large technology companies, such as Apple and Facebook, began offering employees egg freezing as a fertility benefit, critics portrayed the move as a sinister attempt to encourage women to “surrender to corporate control,” putting off human relationships in favour of more hours at their desks. Both these companies have insisted they offered it as a perk in response to demand from their employees and to give them more choice.

Some health insurance plans will also cover cryopreservation if it is judged medically necessary, such as before chemotherapy treatment. But the vast majority of women pay for the procedure out of their own savings.

Nadine, now 36, lived frugally throughout her 20s and early 30s so she could save towards a deposit on a home, at one point amassing $30,000 in the bank, some of which she invested in a side business. But at 34, having ended a long-term relationship the previous year, she decided to freeze her eggs, draining $5,000 from her remaining savings in the process. She took out a loan for the rest of the $8,000 in total she needed to cover the cost of the egg retrieval, and put the ovarian stimulation drugs, which cost around $1,000, on her credit card.

Covering these costs can cause significant financial strain for women, who already earn less and save less than men do

Four months after freezing her eggs, in December 2016 she got a bonus and a pay rise, enabling her to pay for a second cycle of egg freezing in January 2017, without taking on additional debt.

Although now she is earning more than she ever has before, Nadine is still paying off the loan she took out. She still looks at properties, and even contacts agents, before being nudged back to reality.

“There’s still this thing in the back of my mind that I have all that money, because I did at one point,” she says. “But the way dating goes, I know I might not find the right person in two, four, or 100 years. (The age of) 34 seemed to be the cut-off of when fertility doctors advise to freeze eggs, so it was a no-brainer. I had to do what I needed to do.”

The number of women freezing their eggs has risen sharply in recent years. There were just 564 egg-freezing cycles performed in the US during 2009, while in 2016 this number had rocketed to 8,892, according to the Society for Assisted Reproductive Technology. In the UK, the Human Fertilisation and Embryology Authority recorded around 1,170 egg-freezing cycles performed in 2016, up from 395 in 2012.

[It] could be a waste of money, because I might meet a partner and have kids naturally” - Emma Jane

The increase can be partially explained in 2012, when the American Society for Reproductive Medicine lifted the “experimental” designation after advances in freezing technology led to eggs getting a much better chance of viability after being thawed. Media coverage of technology companies offering egg freezing as an employee benefit and celebrities talking about their own frozen eggs raised awareness of the option. As did companies like EggBanxx, a financial services firm offering loans for egg freezing, which drew attention for holding egg-freezing “parties”. 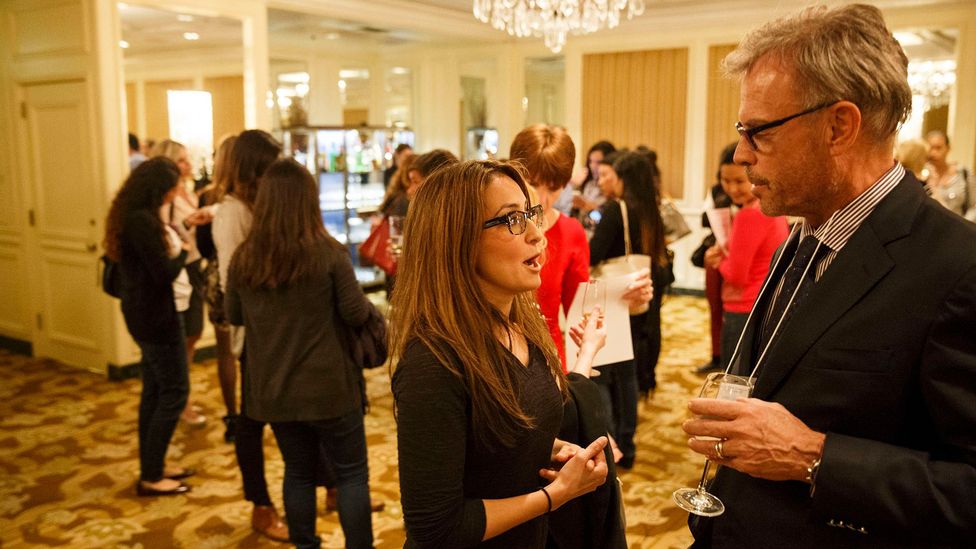 "Egg-freezing parties" as well as celebrity endorsements have made the practice more popular (Credit: Getty Images)

Research into this sort of “social egg freezing” suggests women are perhaps taking this costly gamble due to factors that go deeper than simply wanting to focus on their careers. Unpublished research by Yale University anthropologist Marcia Inhorn found 90% of the 150 American women she interviewed as part of a study on egg freezing cited an ongoing search for a partner as their main reason for choosing the procedure. Zeynep Gurtin, a visiting researcher with the University of Cambridge, has claimed there is a similar phenomenon in the UK.

But what does this mean for women’s finances? Women already earn less than men in nearly all sectors of the economy, and they also own fewer assets such pensions and property. In the US, women hold just 32 cents for every dollar owned by men.

While the number of women who have frozen their eggs is likely to be too small to impact national figures, for individual women, the cost is significant.

Emma Jane, a freelance events planner in London, makes around £55,000 a year and started looking into egg freezing when she was 37, after not having dated anyone seriously for several years. She researched clinics carefully, and was able to do preliminary tests at a clinic that had an offer for an inexpensive consultation – around £200, she recalls.

In November 2017, she retrieved nine eggs at a network of UK clinics known for pioneering mild stimulation techniques, which use fewer drugs and so lowers the cost of the procedure, but also yields fewer eggs. Even so, it still set her back around £5,100 for the procedure, including medication and blood tests. 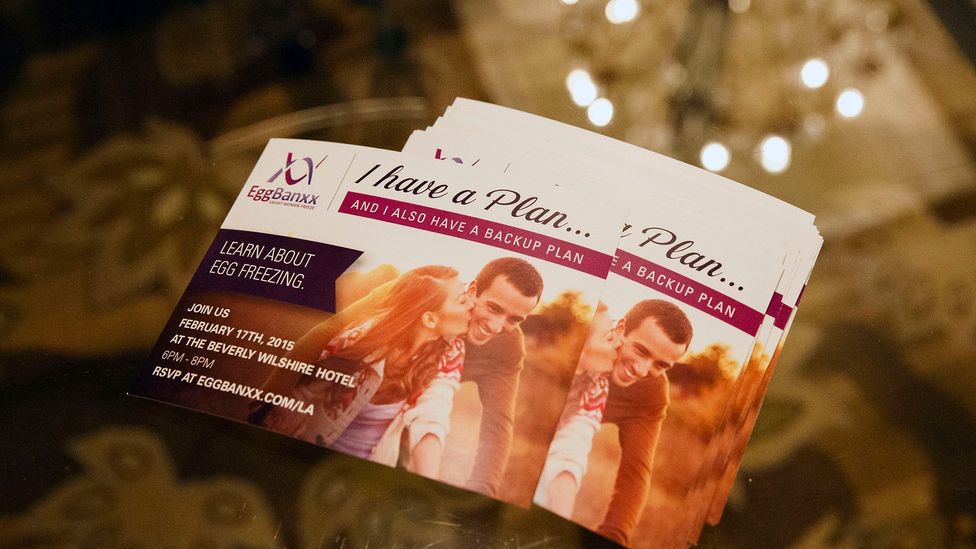 Some companies have made a name for themselves by holding “egg freezing parties” so women can find out more about the procedure (Credit: Getty Images)

“It is a lot of money,” says Emma Jane. She’s now planning to undergo a second cycle – doctors recommend women have 20 for the best chance of having a live birth. Storing her eggs will also cost Emma Jane an additional £360 annually, which will set her back thousands if she stores them for the UK’s maximum term of ten years. Then there is the cost of IVF itself, which can run to £5,000 or more for private treatment, if she chooses to use them.

The costs can become astronomical. Emma Jane compares it to “an insurance policy that could be a waste of money, because I might meet a partner and have kids naturally”.

“Even if I met someone tomorrow who was the man of my dreams, it would be a while until we settled down and got married. Then if we chose to have a kid, I’d probably be 40 by then, and if I wanted two kids, I’d probably be in my early 40s.”

But what these women are paying for is still just a sliver of hope. The technology is not guaranteed to work, since the majority of IVF cycles end in failure – only a fifth are successful – and there is always the chance that the frozen eggs might not survive the thawing process, or could have chromosomal abnormalities.

Helaine Olen, a personal finance writer and author of personal finance book Pound Foolish, questions why so much money is pouring into an industry that still has low success rates. “This is about American women getting sold on a less-than-certain technology as a way of addressing greater sociological issues,” argues Olen.

And for most women, they hope they will meet a partner and get pregnant the old-fashioned (and free) way, and therefore never having to use their frozen eggs at all.

Tiffany Murray, now 40, froze her eggs when she was 34 after having limited success with dating in Washington, DC. Rather than be pushed into a relationship that wasn’t right by the desire to have children before it was too late, she chose to freeze her eggs. Her parents paid for the procedure as a Christmas gift.

Four years later, however, she met her now-husband and they conceived naturally shortly after they were married. She still pays to keep her 14 frozen eggs stored in case they have trouble conceiving a second time; in the six years since she froze, the annual storage fee has risen from $350 to $600.

At that price, jokes Murray, it feels a little like her “eggs are being held to ransom”.

Despite the high cost of retrieving 30 of her eggs and the $1,000-a-year storage fees, Nadine feels she made the right choice. She even encourages friends to consider freezing their own eggs.

“There’s a little bit of anger surrounding the finances,” she says, but she adds that she does not regret making the investment in her future.

“Now I have 30 kids on the Upper West Side that I pay $1,000 a year for,” she adds with a laugh. Or at least she might have, if she ever chooses to cash in her fertility insurance policy.