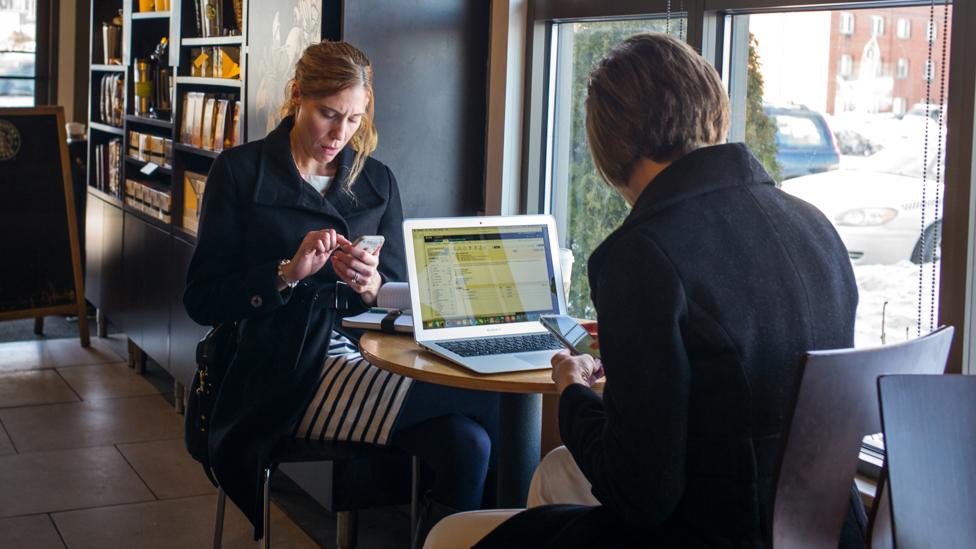 By Bryan Lufkin 6th August 2018
They both allow us to stay in touch, but while email often attracts ire, text messaging is more popular than ever. Is the way we choose to communicate saying more than we might think?
A

Around 15 years ago, I was working at my part-time job at an electronics store at the mall. One of my colleagues asked me if I “use text messages.”

At that time, most people were still using old feature phones with LED screens and plastic keypads. I don’t remember what the character limits were, but it was certainly fewer than a tweet, and it took about 12 years to finally type out what you wanted to say. They were slow, very expensive, and long enough to write about a quarter of a haiku. I genuinely thought it was a dumb, flash-in-the-pan gimmick that wouldn’t last long.

How wrong I was.

The first text message (“Merry Christmas”) was sent way back in 1992 in the UK. Text messaging spread as mobile phones became more popular in places like Japan, creeping into places like the US sometime later, but by the late 2000s, it was everywhere.

By 2012, it’s estimated that 14.7 trillion messages were sent from mobile phones worldwide. That number grew to 28.2 trillion in 2017. This technology isn’t going anywhere.

But as short message service (SMS) and other forms of text messaging have grown to become such a core part of the way we interact with each other, they have done so at the expense of the form of digital communication that preceded it —­ email. 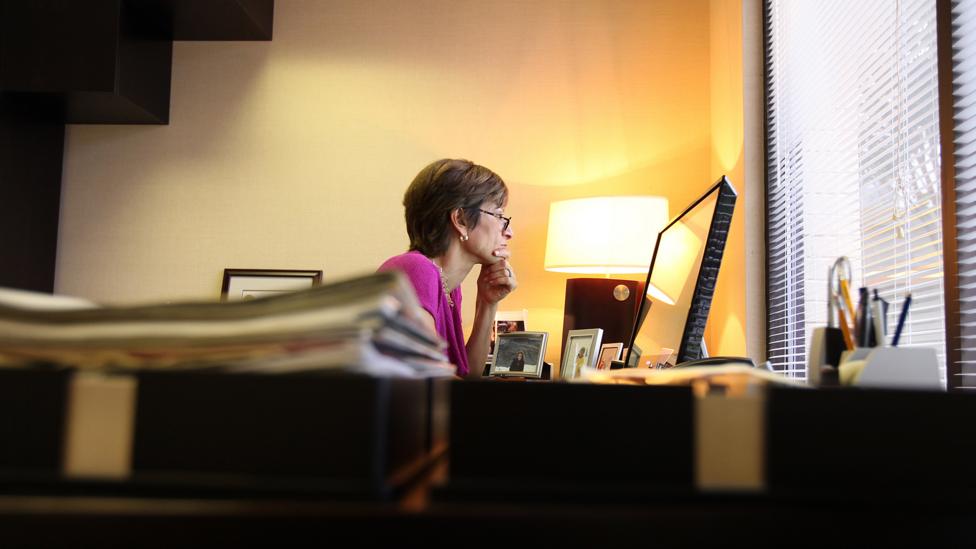 We so often use email at our work computers in the confines of office buildings, so we often associate email with work and drudgery (Credit: The Washington Post via Getty Images)

It wasn’t so long ago that email was the shiny new method of staying in touch.

But our love affair with email was short-lived and many of us now have a genuine dislike of our inbox, preferring to tap out text messages until our thumbs ache. So why have we come to loathe email so much? Why is it such a source of anxiety, tedium, guilt? Why do we hate emails, but love texts?

Just a couple of decades ago, we were all delighted to receive emails, The Atlantic magazine points out. AOL, the internet portal that was wildly popular in the US and Canada in the 1990s, even greeted customers with a cheery “You’ve got mail!” upon sign-in. But the novelty is long gone.

Now, after just one day away from our work inbox, we dread having to wade through the reams of new emails that await polite responses, thoughtful feedback, and half-hearted promises to “touch base” or “loop back in.” Our computers are gummed up with long chains of messages we have been lazily “cc’d” into and impersonal “Dear all” memos.

“Many people dread email because it is a conduit for unwanted advertising, a wide range of spam, and flat out attempts to scam or ‘phish’ us,” says Michael Stefanone, professor of communications at the University of Buffalo in New York. “It’s generally impersonal and work-related.”

Aimée Morrison, who teaches business writing at the University of Waterloo in Ontario, says a large reason email has earned its users ire is because it was based on the staid, rigid format of an office memo, complete with fields for “to,” “from,” “subject” and “body.”

“People used it for fun communication because there wasn’t any other way to communicate online,” Morrison says. In those early days, not everyone had an email address – or even the internet.

Email was, in short, hip. 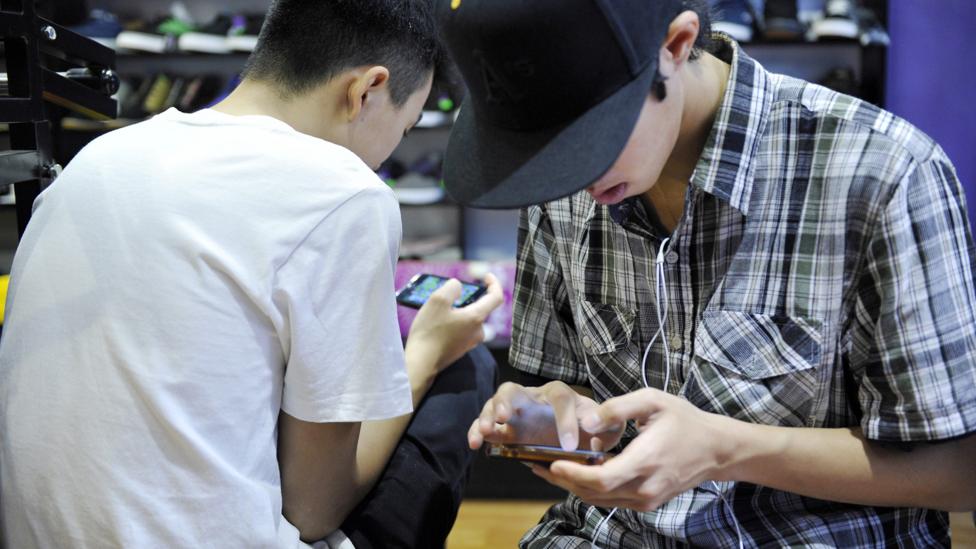 Many of today's teens regard email as too formal to use with each other and prefer the text messaging they grew up with (Credit: Getty Images)

“We all had these dumb email addresses,” says Morrison. ”You had to memorise other people’s also dumb email addresses – and you had like, five people that had email, and you all felt really cool. That’s how it used to be – it was not very widely known.”

But the ratio of people using email for fun versus those using it for work has flipped since the 1990s, according to Morrison. Unwanted and unsolicited emails now pile up in our inboxes. Now, we get emails from bosses, clients, even total strangers or companies.

“If you want to buy a t-shirt from the Gap and get $3 off, you give them your email address,” says Morrison. “And you get emails from them every day for the rest of your life.”

We get so many of these messages that it is impossible to keep on top of them, to the point that people take great cathartic release in pressing the nuclear button on a delete-all email purge.

This dreary, “business only” vibe that surrounds email is probably most acute among the post-millennial generation who have grown up without knowing a life without smartphones (not cell phones). The devices they use come equipped with instant messaging apps that have breathed new life into the text messaging phenomenon.

But Generation Z won’t kill email dead – some estimates show that 85% of Gen Z (those roughly born around 2000 or later) view email as an essential form of communication, compared to 89% of millennials and 92% of Gen X (those roughly born from 1965 to 1980). But those under the age of 22 definitely use email differently. 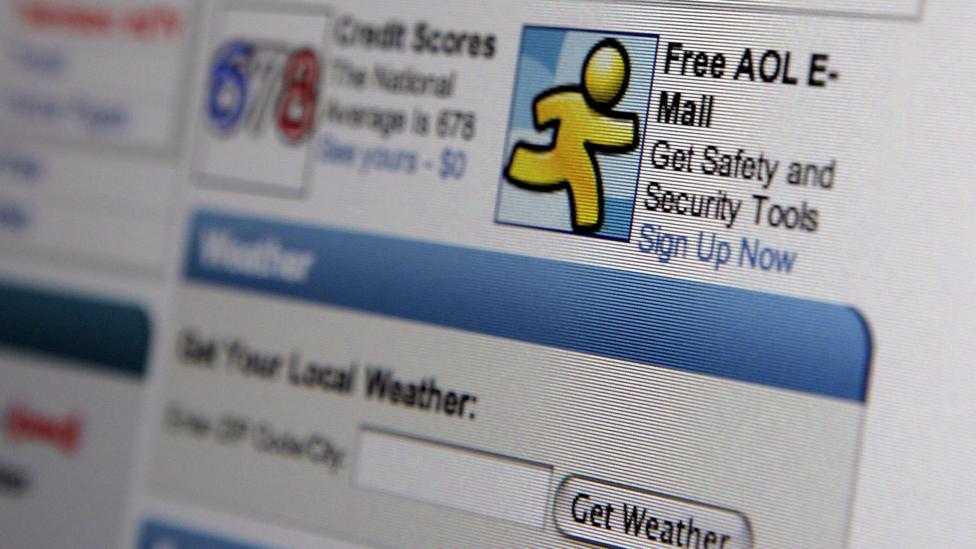 In the 1990s, more people thought email was fun because not everyone was using it, and it hadn't yet taken over office life (Credit: Getty Images)

Sharon Lauricella is a professor of social sciences and humanities at the University of Ontario Institute of Technology who’s been giving her mobile phone number to her students for the last ten years. Have a question? Text me, she tells them.

“I want to meet students where they are,” she says. ”How can I have my students relate to me as a human being?”

Students identify email as formal, and a way of communicating that recognises status and seniority

She’s researched how 18 to 24-year-olds in academia use email, text and Skype in communication with faculty members. She found that students identify email as formal, and a way of communicating that recognises status and seniority.

“Email is the preferable medium of communication in relationships where one person is more senior to the other, such as student and faculty, while text or social media channels are preferred when the relationship is more intimate,” she says.

Text messaging is, by its very nature, more personal. You need to have the other person’s mobile number – or their WhatsApp handle, or Facebook Messenger name – to even initiate the conversation. In most cases they will have chosen to share this with you.

With email, there’s “something actionable” about it, Lauricella says. This means some kind of labour is required, especially since it’s so often tied with work. You have to respond to something, or you have to commit to doing something.

Email is also asynchronous – you can receive and respond to them at any time – which is what can cause them to pile up and feel so overwhelming. Responding to emails can quickly start to feel like a chore. That all disappears with the fast, personal, casual nature of texting.

Lauricella says nothing weird or inappropriate has happened in the decade she’s been texting with her students, who simply ask questions about assignments or let her know they’re running late to class without mulling over the use of every single word.

She also says that she's avoided transforming texting into a dreaded work-related activity because email has an unwritten, understood purpose: again, it's unfamiliar and formal, and demands a longer, more thoughtful reply. We know this culturally, and any time lag is acceptable because an email is often from someone we don't know well, or at all.

“I don’t think I’ve ever talked to a student on the phone,” she says. “They never call me.” 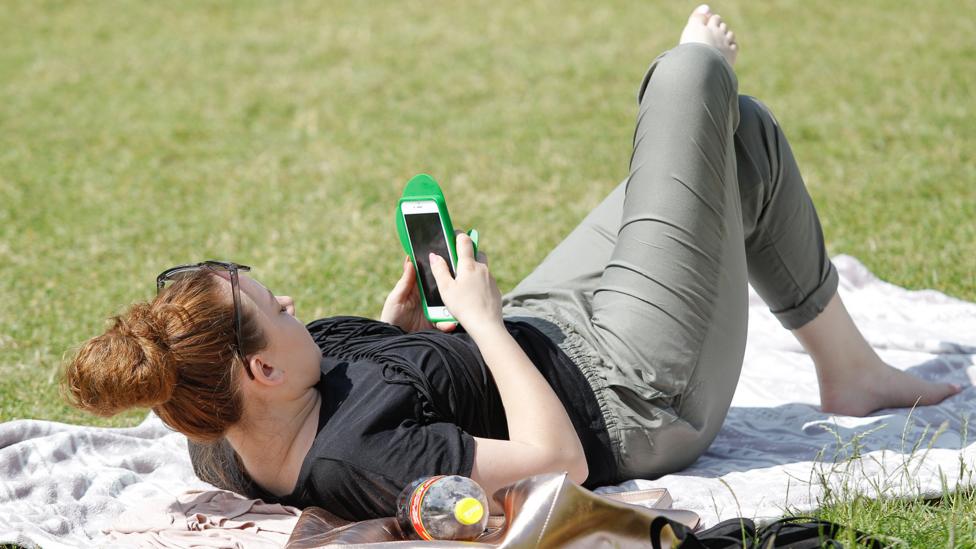 Mobile phones and the messaging technologies on them have become cornerstones of 21st Century living (Credit: Getty Images)

The end of text?

But will text messaging suffer the same fate as email as other “cooler” ways to communicate come along?

“One [new] technology brings about other technologies,” says James Ivory, professor of communications at Virginia Polytechnic Institute and State University. “The adoption curve gets faster and faster.”

In other words, the internet and computers spawned email, which eventually led to texts on smartphones. And smartphones, equipped with high resolution cameras, are already providing ways for those at the cutting-edge to communicate in new ways.

“I think flat ‘texting’ is already being replaced,” says the University of Buffalo’s Stefanone. “Snap (parent company of Snapchat) enables us to idealise the images we present of ourselves through filters – look at its growing popularity.”

The number of daily active Snapchat users has grown every quarter since 2014, with nearly 200 million users worldwide in the first quarter of 2018. The world of Instagram influencers, YouTube vloggers and reaction GIFs has created a very visual culture of communication. It’s not just a text message – it’s a selfie, a Boomerang, a sparkly pink unicorn sticker or big bubble text reading “lit” or “it me.”

“As a professional I have been with students almost 20 years,” Lauricella says. “And things have turned more visual. Text (messaging) is pure words – whereas now if I want to get my daughter’s attention, I send her a Snapchat. Me sending a funny face asking ‘can you please take out the trash?’”

I’m noticing this in my own life. Facebook Messenger notes are starting to pile up, causing me to put off responding and feeling guilty later. Perhaps they’re beginning to remind me too much of email?

But despite all the grief we give it, email does offer something that may be worth salvaging.

“We are losing one thing as email declines – and that’s no one really owns email,” says Ivory. “Most of the technology and applications that are competing for replacing email are privately owned by somebody – there’s a CEO for Snap, there’s a CEO for Facebook. For better or worse, we are losing one of those great public web technologies.” Sure, one could argue that Microsoft owns Hotmail or Google owns Gmail. But the intellectual concept of email isn’t owned by a specific company the way certain apps or forms of texting are. Or that's how email started, anyway.

It might not be enough to make people fall back in love with email, but if text messaging is similarly overtaken by app-based communication tools, the way we message each other will become ever more constrained by rules set by private companies.

In reality, however, text messages are only likely be doomed if they become tied to work in the way email has.

“As soon as your boss can text you,” it’s over, Morrison says. It will no longer be fun.

“It’s like trying to throw a cocktail party in your office and wondering why it’s not working.”