Loading
Language Matters  | Language
What is the future of English in the US?
Share using EmailShare on TwitterShare on FacebookShare on LinkedinShare on Whatsapp 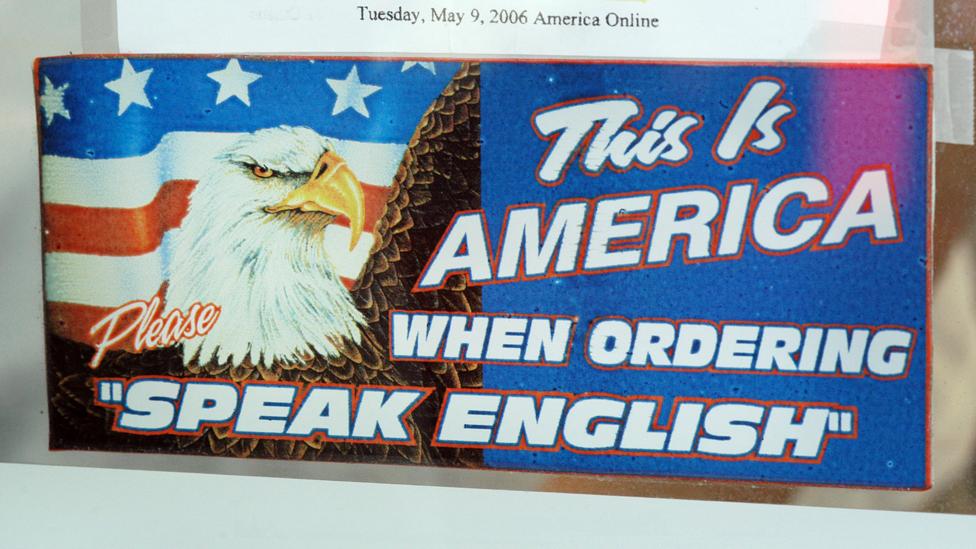 By Bryan Lufkin 9th August 2018
Similar to the UK and Australia, US citizens can rely on the luxury of being native English speakers – but in today's changing world, could monolingual Americans be left behind?
T

Ten years ago, I moved to Japan to teach English as a second language in a rural high school. The experience taught me just how fortunate I was, through dumb cosmic luck, to be a native English speaker.

The combination of being American and a native English speaker is one that affords huge economic privilege to swathes of the United States population.

Why? Because over the last century, the English language has been the currency of global trade and communications. A 2013 Harvard University report found that English skills and better income go hand-in-hand, and that they lead to a better quality of life. Adults and children all over the world spend years, and invest a lot of money, in studying English as a second language.

The problem for those of us who speak English from the cradle is that we forget how easy we have it.

You see – despite being a racially diverse country where over 350 languages are spoken – the US, like many English-dominant countries, is filled with millions of people who grew up speaking English, and it’s the only language they speak. Plus, recent waves of US nationalism, harsh immigration policies and “English-only” rhetoric give the impression that Americans are fine with, and even proud of, cashing in on the luxury of being native English speakers.

But what’s the future of English given how America is changing? How the country is becoming even more diverse? 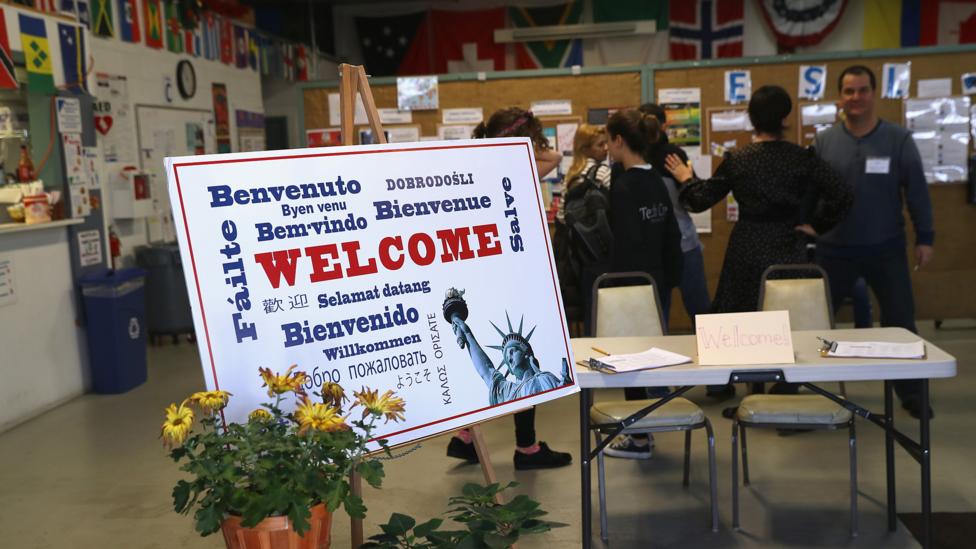 This December 2016 English class is offered by a Connecticut non-profit organisation to recently arrived immigrants to the US (Credit: Getty Images)

The US has no official language – yet English has always reigned supreme.

Being a multicultural country of immigrants, the government has never implemented an official language at the federal level. Largely formed from a former British colony, it makes sense that the most common language is English. (It’s worth noting, however, that Native American languages like Navajo were targeted to be stamped out earlier in the nation’s history.)

Yet after decades in a country where people have only ever needed English to get by – as opposed to a place like Sweden for instance, where the national language is not English but English education starts early in primary school – the demographics are rapidly changing.

“So great and so rapid are the shifts in the country's population, that, in the coming decade, the US is set to be transformed far more than other nations,” the Brookings Institution’s William H Frey wrote for the BBC last year.

He is referring to the fact that, in 2018, almost half of young people in the US are from ethnic minority groups. Generation Z – loosely defined as those born after the year 2000 – is set to be the most racially diverse generation in US history, a figure powered by immigration and biracial relationships. And in 2011, the US Census reported that “the use of a language other than English at home increased by 148% between 1980 and 2009.”

These rapid changes could be part of what’s fuelling anti-immigrant sentiment among many white voters in the US. But the diversification of an already diverse country is a genie that can’t be put back into the bottle. 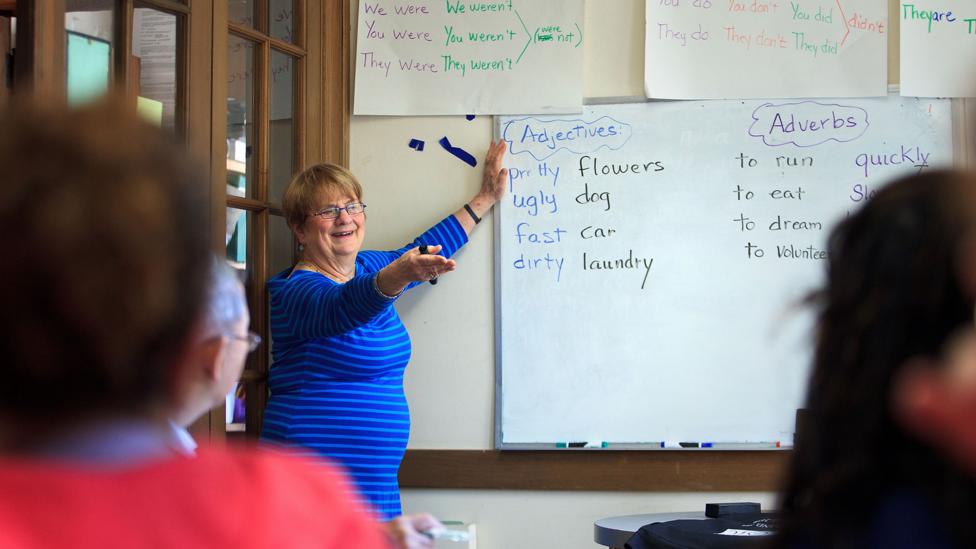 At a Massachusetts church, immigrants to the US sit in an English class (Credit: Getty Images)

And yet? Most Americans still only speak English.

Many people are still raised in English-only speaking households, and studies show that by the third generation, many descendants of immigrant families lose their ability to speak their family’s language of heritage. The US Census estimates that around 231 million Americans aged five years or older, or about 80% of the population, speak only English at home. In 2013, a YouGov survey found that 75% of Americans only speak English – despite 43% of those surveyed stating that “Americans should know as many languages as possible.”

Although, with this increasingly diverse youngest generation, this is starting to change: more people are growing up bilingual. Between 2000 and 2016, the percentage of children who speak another language at home increased from 18% to 22%.

But when your country is huge, flanked by oceans and has long land borders, there’s less immediate motivation, or even opportunity to use a second or third language

“We are encouraging heritage speakers to continue or learn their native language – to become fully biliterate and bilingual,” says Marty Abbott, executive director of the American Council on the Teaching of Foreign Languages. “That’s a radical shift from the old days.”

She’s referring to the late 1990s and early 2000s – when more states had “English-only” movements that pushed to have English as the sole language for government matters. (Currently, around 30 states have such laws, which require all legal and governmental communications to be in English.) Today, groups like Abbott’s are encouraging “heritage speakers” in families to continue using their native languages.

But when your country is huge, flanked by oceans and has long land borders, there’s less immediate motivation, or even opportunity to use a second or third language. 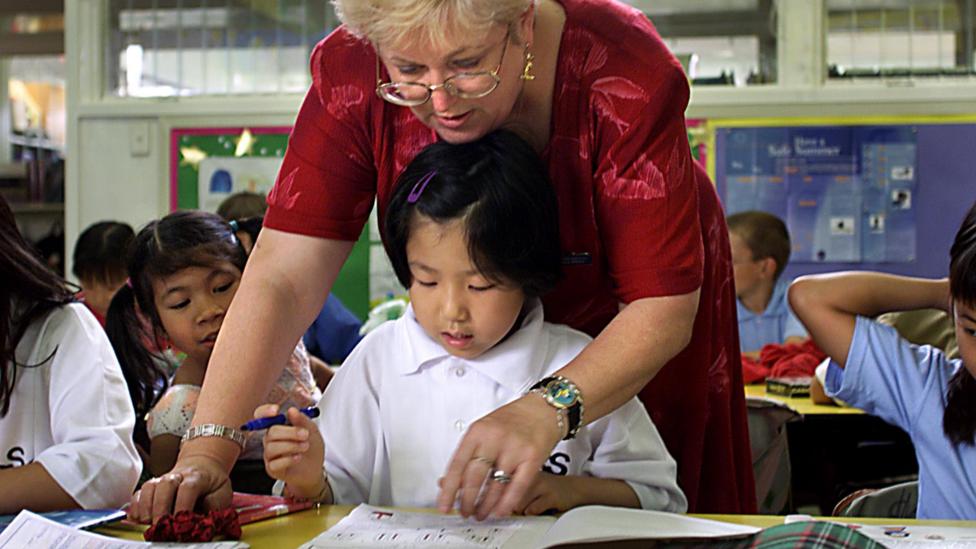 Why learn a new language?

English is also dominant in the business world. Some multinational corporations, like Honda in Japan, for instance, are pushing to make English the official language of the company by 2020. So why should English speakers already working in the US even bother learning something else?

The answer lies in the change taking place in the US jobs market. Being at least somewhat fluent in another language really does make you more marketable to employers – and that even goes for native English speakers.

Last year, a report from New American Economy, a coalition of 500 mayors across the political spectrum in the US, found that adverts for bilingual workers in the US doubled between 2010 and 2015. Some companies have ramped up the search more than others – a full third of job openings posted by Bank of America in 2015, for example, were for bilingual workers who could speak languages like Spanish, Mandarin and Arabic. The report noted that the fastest growth in bilingual listings were for “high prestige jobs” like financial managers, editors and industrial engineers. 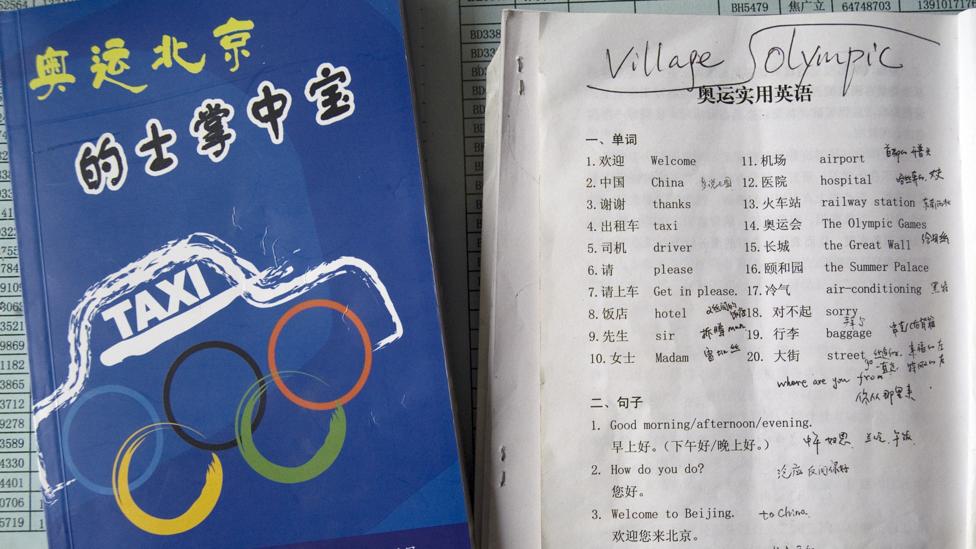 “One can imagine a lot of opportunities for Americans that learn Mandarin,” says David Lightfoot, professor of linguistics at Georgetown University in Washington, DC. “The need for Americans to learn Chinese is, in some ways, quite powerful because there’s so little English spoken in China.”

Still, despite the potential payoff, the numbers of Americans learning new languages is still low. A new study from the Pew Research Center published this week found that the US is way behind most European countries in terms of learning languages in school. It found that just 20% of American students are learning another language. The median for European students was 92%.

Over the last century, the English language has been the currency of global trade and communications

And if not purely to get you a job, there are other tangible pluses to learning an additional language. (A proverb that I love states: “The more languages you speak, the more times you are a human.”) There are cognitive benefits too – learning another language can boost skills like concentration.

There is also another imperative to discourage monolingualism in the US – the growing empathy gap.

Experts point to a lack of certain life experiences as being responsible for generating a profound lack of understanding between groups. Abbott points to the experience of traveling to a non-English-speaking country, especially one that doesn’t use a Roman alphabet. She says being a suddenly mute fish-out-of-water is something that you just can’t relate to unless you experience it. 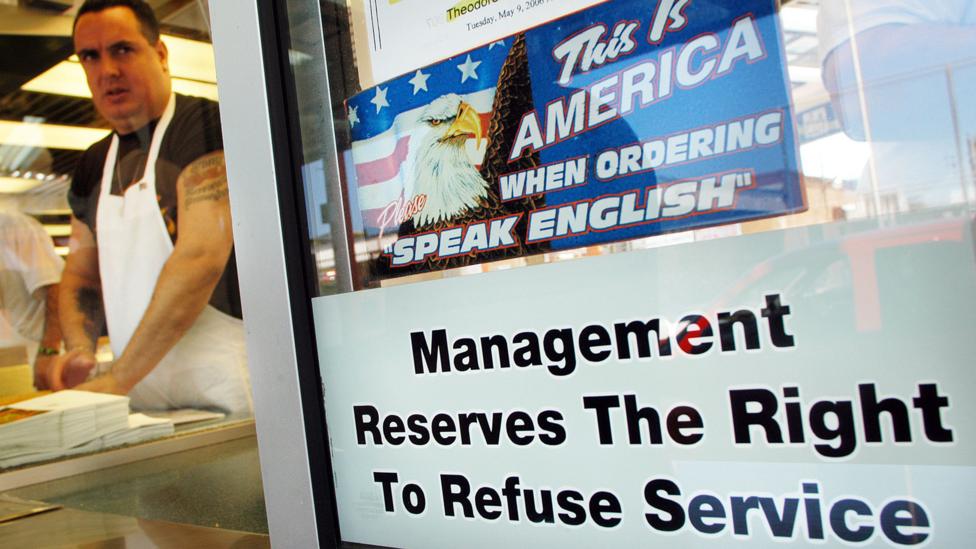 This sign hung in a Philadelphia sandwich shop in 2006, which provoked controversy - it was eventually removed from the window (Credit: Getty Images)

“So when the cashier at the checkout gets impatient with someone who isn’t understanding or even [knows] how to pay, or how to bag groceries – I’ve been in that situation – I just watched and copied what the person in front of me did,” says Abbott. “I think everyone needs to be patient with people.”

But some data suggests that Americans just aren’t as interested – or able – to put themselves in this sort of situation. Americans don’t travel abroad quite as much as some other native English speakers. Just over 40% of Americans own passports – compare to 57% of Australians, for example. (That American number is on the rise, though.) After all, other countries are farther away and it’s more expensive for Americans to travel internationally than, say, Brits, who can hop to Europe in under an hour.

The real solution might lie at home, however. The main way to address monolingualism is to simply start teaching foreign languages earlier in school.

“Motivation is a complicated issue,” says Lightfoot. “I lived in Montreal for several years in the ‘70s, and there, it’s very easy to learn French – all you have to do is switch the television channel and watch the hockey game.”

But he mentions that wasn’t always the case. It wasn’t until 1976 when a new separatist government came in and shifted the focus to learning and using French. “Resistance to learning French in Montreal was enormous, and that goes to the political history,” says Lightfoot.

While the US might have a reputation for being monolingual, like many English-centred nations – and the dominance of English isn’t likely to be challenged anytime soon – the data and trends suggest possible changes in Americans' linguistic habits.

For us native English speakers, it’s easy to fall back on the skills we already have. But the bigger rewards might come from using the ones we don’t.