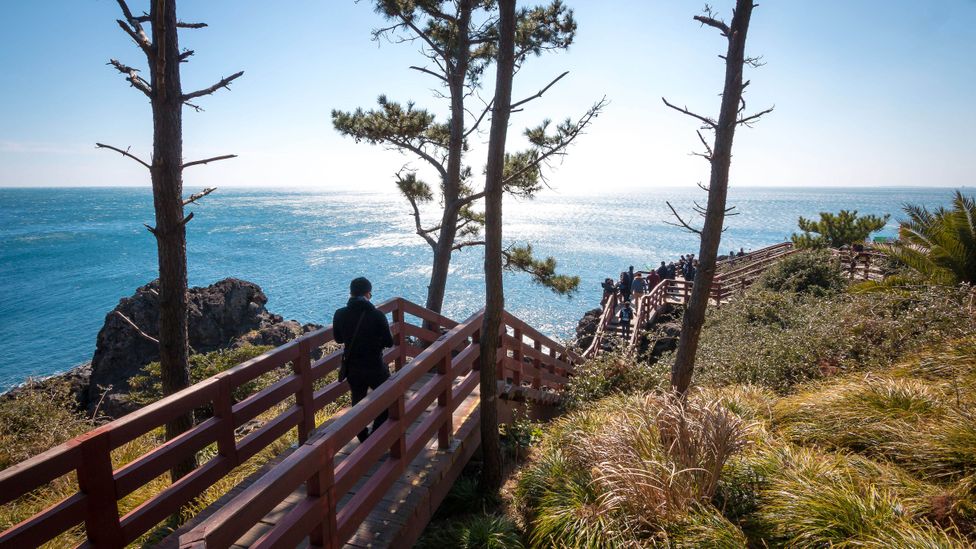 By Erin Craig 16th August 2018
Administrating happiness, from the top down.
F

From Jeju’s bustling seaside, South Korea doesn’t look like it has a happiness problem.

Music from an open-air concert mingles with squeals from the funfair as couples snap selfies. Sang-dae Cha is on his summer holiday, propped against the edge of the promenade with a fishing rod while his kids play nearby. He’s an unintentional advert for the government’s ‘worabel’ campaign.

‘Worabel’ is Korean shorthand slang for ‘work-life balance.’ South Koreans famously put in some of the longest working hours on the planet; according to the OECD more than 20% of workers exceed 50 hours a week. And the average employee barely takes half of their leave days. 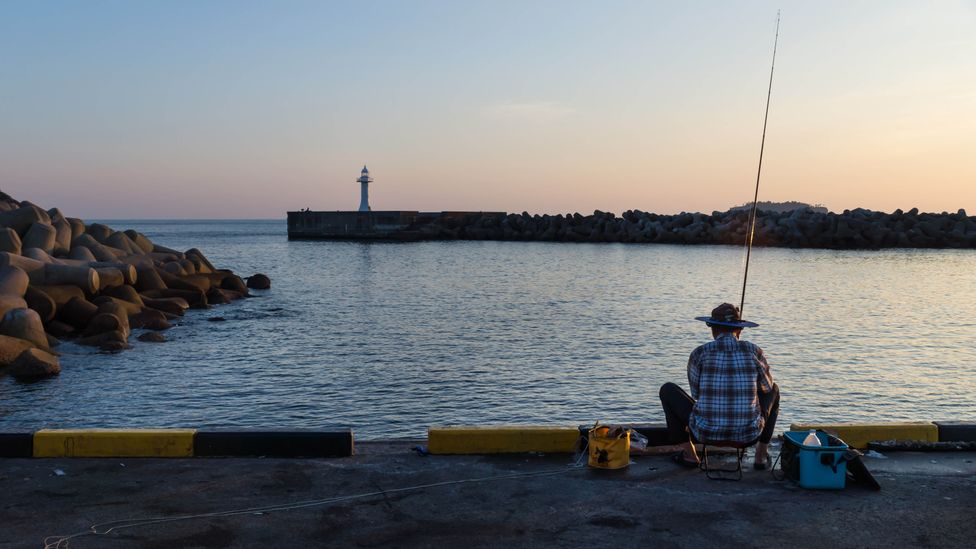 The resulting stress contributes to a nation with a shockingly high number of suicides. It is also a factor in the country’s record low birth rate, as working mothers also carry the bulk of parenting responsibilities.

The government’s solution for this pile-up of problems: make everyone happier.

This isn’t a feel-good, free cupcakes type initiative, but an attempt to legislate long-term cultural change.

National happiness is a mixture of psychology and number-crunching. Both the United Nations and OECD produce annual reports on happiness around the world, a using a complex combination of social and economic indicators (like per capita Gross Domestic Product, life expectancy, education, and corruption) to determine each country’s well-being. These are processed with a fuzzier measurement psychologists call Subjective Well-Being (SWB). The SWB is how happy people perceive themselves to be.

Contrary to expectations, an objectively high standard of living does not necessarily result in a high SWB. Koreans may have everything from BMWs to remote-control toilets, but their life satisfaction has been well below the average for OECD countries since 2013. President Moon Jae-in, who ran for office on a 'People First ticket, is campaigning to close the gap. 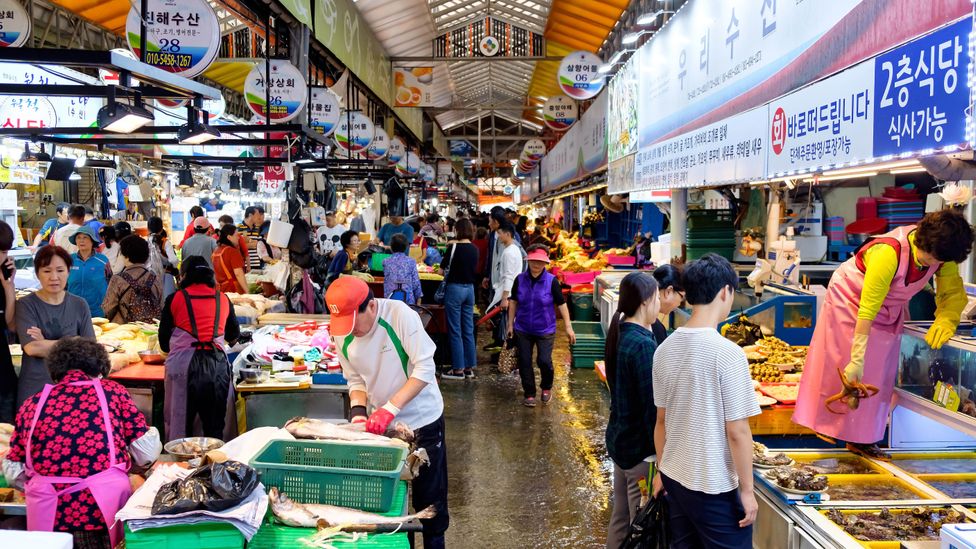 This year Korea’s per capita income will reach $30,000,” he said at a 2018 New Year press conference. “The number itself is not important. What really matters is to ensure that the people actually enjoy a quality of life befitting a per capita income of US$30,000.”

To this end, the government is determined to get Koreans out of the office and into a healthier state of mind. One of the biggest reforms so far is the reduction of the maximum workweek from 68 to 52 hours. It’s not just a suggestion; employers who don’t follow the law could face up to two years in prison.

The government has also mandated a dramatic increase in the minimum wage along with a host of supporting measures—parental leave, subsidies for childcare, reduced mental healthcare costs, increased pensions, and an extension of the previous administration’s Happiness Fund, which helps citizens pay off certain kinds of personal debt.

Cha, a product planning and market quality manager for a Seoul tyre company, thinks this comprehensive approach could be just what South Korea needs. And he some of these problems, like the low birth rate, are getting too big to ignore. “I think we should go for this policy. I think it’s the right time.”

In theory, improving quality of life benefits the country as a whole. Lower-income workers have more money, boosting demand for a wide variety of products and services. Leisure industries profit from the sudden abundance of free time. Suicide rates decline, and happy people have more babies. Problems solved.

If only it were that simple.

Legislating happiness is tricky. A country’s SWB  is influenced by many different driver - from political freedom to environmental concerns.

Shun Wang, co-author of the UN’s annual World Happiness Report and associate professor at the Korea Development Institute’s School of Public Policy and Management, believes policymakers should be guided by the research of happiness economists.

“They are not trying to tell people how to be happy,” he says. “Instead they are trying to tell the government what kind of policies are a little bit more effective to increase or decrease the happiness level.”

What really matters is to ensure that the people actually enjoy a quality of life befitting a per capita income of $30,000

For example, statistical research determined that unemployment has a huge effect on national happiness. During the 2008 financial crisis, the South Korean government focused on creating jobs, even low-paying or temporary ones. As a result South Korea’s SWB was relatively stable, while happiness in affected European countries, such as Greece and Spain, tanked. It has yet to recover.

South Korea isn’t the only country factoring happiness into policy decisions. The UK has recorded domestic well-being since 2012, using the data to inform policies on mental healthcare, employment, and continuing education. The United Arab Emirates recently appointed a Minister of State for Happiness and Wellbeing, with the aim of becoming one of the happiest countries on earth by 2021.

The most famous example of administrated happiness is Bhutan. The tiny Southeast Asian country has officially prioritised Gross Domestic Happiness over pure economic development since 2008, setting the standard for calculating well-being on a national scale. President Moon, who visited Bhutan in 2016, is thought to have been inspired by the country’s holistic approach.

This doesn’t equate to a vague push for grand ideas. The Moon Administration’s policies are direct, actionable, and specific to South Korean problems. Evidence suggests they are on the right track. Wang, who has studied the relationship between long hours and life satisfaction in Korea, puts the ideal workweek at 40-50 hours. As for pay-related happiness, low-income workers appear to offer the most bang for the country’s buck.

One of the biggest reforms so far is the reduction of the maximum workweek from 68 to 52 hours. It’s not just a suggestion; employers who don’t follow the law could face up to two years in prison

Happiness as a finite resource

But succe ss is far from guaranteed. The minimum wage jumped 16.4% in 2018 with another 10.9% raise scheduled for 2019. This rapid change is prompting forecasts of widespread job losses. Already some bus companies have threatened to stop service over the wage hikes, while other businesses have cut employee hours to manage the increased costs.

The shortened workweek is a difficult sell too. It is standard practice for South Koreans to work nonstop to meet deadlines. Reducing the hours without reducing the workload could pressure employees to finish projects off the clock. This is a deeply ingrained workplace behaviour in South Korea; as of 2012, 40% of workers were not getting paid for overtime.

And South Korea might just be a tough place to be happy. According to Eunkook M. Suh, director of Yonsei University’s Happiness and Cultural Psychology Lab, different cultures have different interpretations of happiness. In individualistic cultures, like the UK or US, each person creates their own definition. But collectivistic cultures, like Korea, prioritise the community over the individual, so happiness has a strong social component.

“In other words,” explains Suh, “what I think subjectively about how my life is going sometimes doesn’t really matter. It’s how I’m evaluated by other people.”

This fuels a need for tangible achievement. “In some sense you have to prove to the world that your life is worthy of happiness,” Suh explains. “So you need some visible evidence, for instance having a diploma from a top university, driving an expensive, luxurious car, living in a huge apartment.”

But in South Korea, university admissions and coveted civil servant jobs are often capped. In this scenario, happiness becomes a finite resource as only a tiny slice of the population can achieve the ideal.

“It becomes more of a zero-sum type of game in highly collectivist cultures,” says Suh.

Given that working long hours has become a virtue in itself, this won’t be easy to change.

President Moon may be trying to head off some of these problems. In an effort to lead by example the president is pointedly using all his holiday time. If the man who’s trying to broker peace with a nuclear-armed North Korea can take a break, then maybe everyone else can too.

But experts agree that giving people more free time is only half the solution. The rest depends on what they do with it.

Which brings us back to Song-dae Cha, fishing at sunset while his kids play. After 15 years at the same job, he feels his work-life balance is good. His company already has a 40-hour workweek, with occasional overtime. And he always takes his leave days.

He recognises that others might resent having their work-life balance legislated. If the changes were to come from the business community itself, he suggests, people would be quicker to adopt them. And of course, no government policy comes one-size-fits-all.

But does he think the changes point the country in the right direction?

“I think so,” he says, smiling at his daughter as she runs over. “I think it will improve a lot in the future.”