Loading
Language Matters
Is this phrase the Swiss Army knife of Japanese?
Share using EmailShare on TwitterShare on FacebookShare on Linkedin 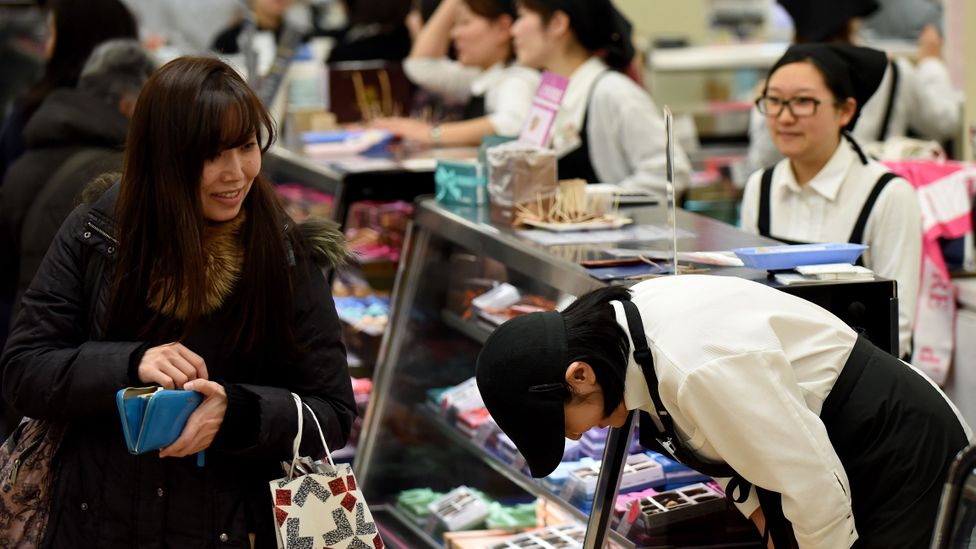 By Yukari Mitsuhashi 22nd August 2018
A term that is easy to find but hard to define – and goes a long way in any type of situation.
T

There are some languages where deploying one tiny little phrase unlocks doors.

It’s a phrase that “makes Japan go around,” according to Shihoko Goto, senior associate at the Woodrow Wilson Center, a US think tank, referring to a commonplace (yet ambiguous) Japanese phrase: ‘yoroshiku onegaishimasu’.

It’s a crucial term in Japan heard every single day in thousands of contexts. But it’s really hard to come up with a simple, easily translatable definition. And some foreigners might find it completely baffling.

“It’s a phrase to convey respect and appreciation. It’s usually accompanied by a bow that can range from a little tilt of the head to a full sweeping bow.” Goto adds: “Yoroshiku onegaishimasu is critical to ensure that everyone is appreciated for their different skills. I would say it to the hair stylist that I am planning to see tomorrow. But I would say it much more seriously with desperation if I needed to go see a doctor tomorrow for a medical emergency. Both the stylist and the doctor play a role in society that makes the world go round and it’s really a sort of verbal lubricant.”

Although commonly translated in Japanese class textbooks or travel guides as ‘nice to meet you’ or ‘please take care of me’, these fall far short of truly encompassing its diverse uses and how it embodies Japanese culture and its people.

Slippery to define, it is a form of greeting unique to the language. Broken down, ‘yoroshiku’ means ‘appropriately’ (or ‘as you see fit’) and ‘onegaishimasu’ (a verb form) comes from ‘onegai’ which means a request. A literal translation would be something to the extent of ‘please respond to my request appropriately’.  In casual settings such as when speaking to friends or families, a short form ‘yoroshiku’ will suffice. 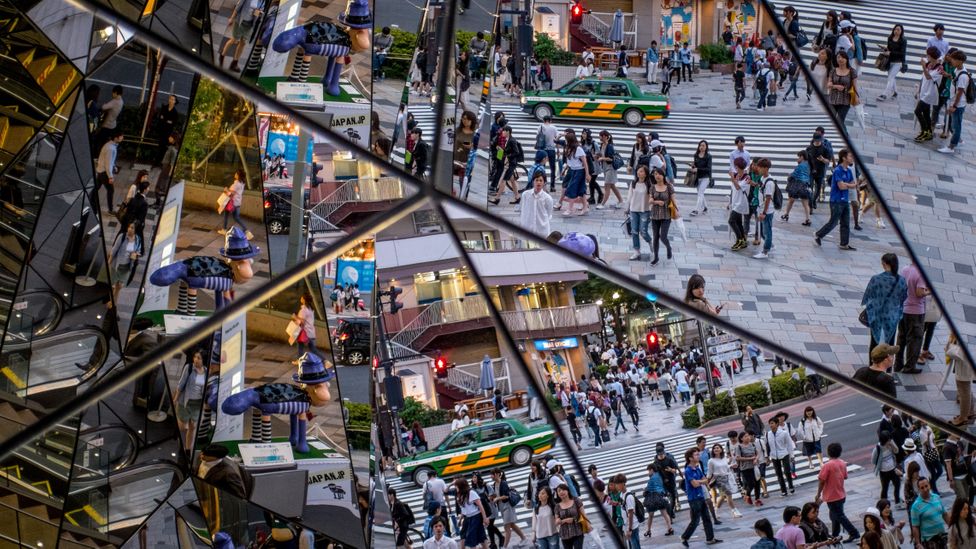 Keigo is a respectful form of Japanese used for strangers, elders or in formal situations and is used on a daily basis(Credit: Getty Images)

If you can get the hang of the phrase’s use and nuance, your time in Japan will instantly go more smoothly. That’s because the phrase’s meaning is a peek into Japanese values.

“Saying yoroshiku onegaishimasu in advance is an attempt by the requester to admit the imbalance within the situation and to repair it in order to maintain a positive relationship,” says Kei Ishiguro, a sociolinguist and a professor at National Institute for Japanese Language and Linguistics.

In the book, To Talk or Not to Talk: Essays on Verbal Communication in Japanese and Chinese, by Masaru Inoue, he likens the Japanese communication style to a tenbin (or a traditional scale), where people seek to balance out any imbalance in relationships or situations. Can this be said about yoroshiku onegaishimasu? Experts thinks so; that in an act of requesting a favour, you are putting a certain burden on the opponent to complete the task for you.

But its use is like a Swiss Army knife. In addition to favours, you can also use it after an interaction has been completed, one in which you’ll likely interact with that person again down the road. 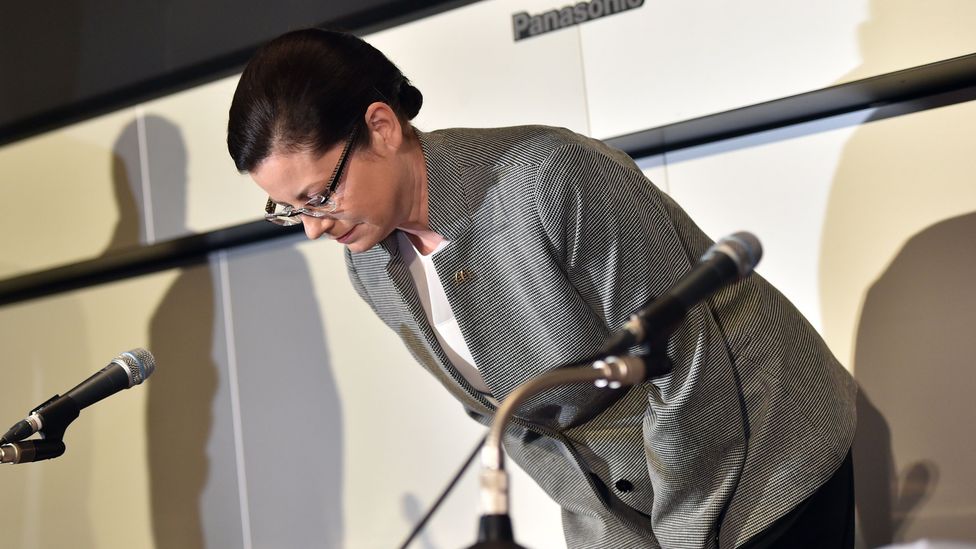 “Ever since I became acquainted with the Japanese business culture, I say ‘yoroshiku onegaishimasu’ at the end of any meeting. I think it helps everyone leave the room feeling pleasant,” adds Adam Gries, the founder and CEO of OKpanda, a company that develops digital English-learning services. He has worked in Japan over the last five years.

Ishiguro describes the effect of yoroshiku onegaishimasu as paying respect to the other person and showing your trust in their competency to complete your request. “If you’re a foreigner, unfamiliar with the diverse rules of Japanese society, say ‘yoroshiku onegaishimasu’. People would never be offended and would likely serve you right,” he advises.

According to Hiroaki Iima, a lexicographer of Japanese dictionaries, the initial usage of the phrase can be traced as far back as the Edo period (1603-1868) when it appeared in a dialogue within a kabuki show (a traditional Japanese form of theatre).

According to Iima, it’s a self-explanatory greeting similar to ‘how are you’, “so lexicographers saw no need for an explanation in the past.” However, Japan’s general-purpose dictionary, Sanseido Kokugo Jiten, is considering adding the phrase in its next update.

As a sociolinguist, Ishiguro studies the evolving meanings of words and the word choices we make day in and day out. From his perspective, the ultimate definition of yoroshiku onegaishimasu is this: to entrust yourself to the other person.

The first way of using yoroshiku onegaishimasu is as a type of greeting either at the beginning or at the end of a relationship or a situation. You would use it if meeting someone for the first time, for instance, or when starting or ending a business meeting, or when parting with someone. Players of martial arts or shogi (a Japanese board game), for example, start their match by saying ‘yoroshiku onegaishimasu’ to the opponent to establish a relationship – for the duration of the match, at least.

The second type of yoroshiku onegaishimasu is used when you are asking someone to do a task for you, perhaps a favour. This would often be at work either in person or in emails.

Another way to request something in Japanese is to use kudasai (conjugated form of ‘kudasaru’ which means ‘to give’).

“The problem with kudasai is that it can be too direct and might come off as being rude. Yoroshiku onegaishimasu is a politer and more convenient alternative,” explains Ishiguro. “You are showing your complete trust in the other person to complete the task, leaving the relationship on a good note.”

That being said, the phrase isn’t a simple swap-out for the Japanese textbook version of ‘please’. It’s more nuanced than that – but the more you use it, the better you understand it.

“For me, I think of it as a way of saying ‘please’ when asking for something,” says David Corbin, the CEO of Tech in Asia Japan, a networking organisation for Japanese startups. He has lived in the country for over nine years. After years of working in Japan or with Japanese people, Corbin has come to learn that “in emails, you must include yoroshiku onegaishimasu at the end of the message, even if there is no specific request being made.” Iima agrees: “It is frequently used not for its literal meaning of requesting something, but for the purpose of showing respect and is a counterpart to with regards or best regards in English.”

Joji Fujinaga, an English teacher, remembers a Japanese student who translated yoroshiku onegaishimasu as ‘I will beg for your kindness.’ But “this is way too polite in spoken conversation, but I can see what the student was trying to convey.”

The main takeaway of the phrase, in terms of how it fits into Japanese culture? “In our society, in any given situation, the person you are talking to is more important than yourself.”

Ishiguro believes using this phrase “puts emphasis on ‘how’ (your attitude) it is being said rather than ‘what’ (your request) is being said”. In other words, how polite you are matters more than what you actually say.

This does not seem too crazy, considering the Japanese language has three types of conjugations alone for a form of the language called keigo (a respectful form of Japanese used for strangers, elders or in formal situations that is used on a daily basis).

“I found ‘looking forward to’ the best translation,” says Nils Valentin, a German expat currently living in Tokyo. “When you use it, you are already indirectly anticipating there might be some type of conflicts to be solved in future, or you simply need a helping hand, or it’s a polite way of implicitly saying, ‘Sorry for bothering you with this task, I know it’s a lot to ask, but please help me, I could really need your help right now.’”

In short? “The phrase is used very generally just to keep a good relationship with the people around you,” he says. “As such it can have so many meanings.”

Despite its complexity, perhaps the way this phrase is used is something we should all keep in mind to remind us of the indispensable role respect and trust plays in any good relationship. And that’s something people value – no matter how you say it.