What's really behind the global rise in working longer and longer hours.

It makes accidents more likely, boosts stress levels, and even causes physical pain. But the real problem is that many people just can’t afford not to do it.

In a recent interview with The New York Times, even entrepreneur Elon Musk felt moved to describe his 47th birthday spent locked in his factory, pulling an all-nighter. “No friends, nothing,” he said. It might have been just another day in another 120-hour work week. “This has really come at the expense of seeing my kids. And seeing friends,” he added.

For some of his fans, this is just the price of being Silicon Valley’s current demi-god, the pioneer simultaneously pursuing the colonisation of Mars and creating an affordable and mass-produced electric car. 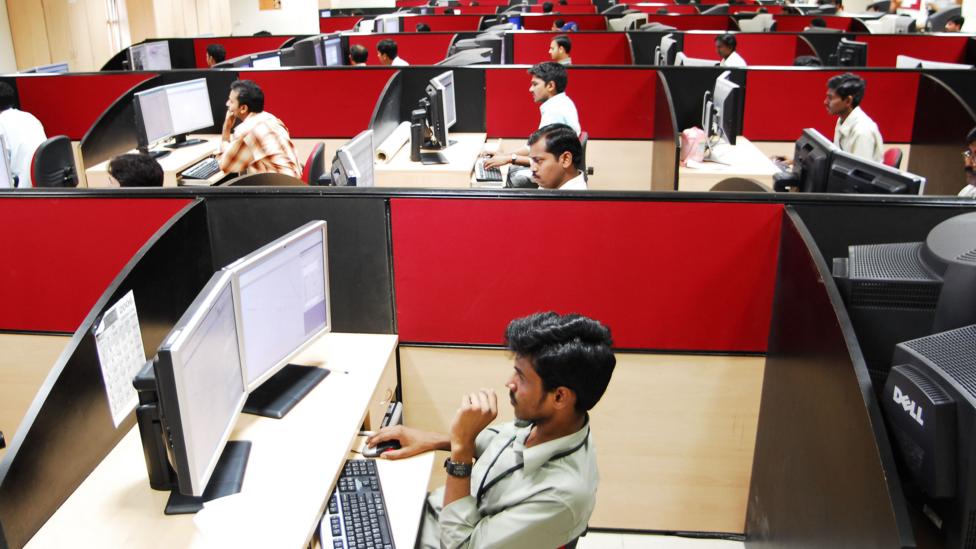 A 2016 study found that the cortisol levels of people ‘on call’ rise faster in the mornings than those of people who are not required to be available (Credit: Getty Images)

But wearing exhaustion like a badge of honour sets a dangerous precedent. Hustling over long hours and weekends has become a staple of start-up culture in Silicon Valley - hence, it has also filtered out to many parts of the world. While writing this piece, a post popped up in my Facebook from a Colombian group for start-ups: ‘Raise your hand if you are working right now on your company, idea, or business!,’ next to a fist emoji. It had 160 likes, even a few hearts. It was commented on by 38 proud entrepreneurs, each posting the URL of their project. It was a Saturday; it was 9:56 p.m.

The problem is that this 'long hours' culture likely defeats the purpose of getting more things done, or at least puts a very hefty price on doing them. There is plenty of evidence that working overtime reduces your productivity, and makes you feel and actually be less healthy. It also make you more likely to develop a whole range of diseases.

Still, millions of workers seem unable to take a stand against it, from medics to ‘gig economy’ workers and freelancers. What happens then? And, what can we – those who can’t help working on Saturday nights – do about it?

This is going to hurt

It seems self-evident: an overworked person is tired; hence more likely to have an accident at work. But proving this is surprisingly difficult. It might be that riskier jobs also have more demanding hours, or simply that people who work more hours spend more time at risk, even if they don’t do overtime. But a study that analysed 13 years of job records in the US found that “working in jobs with overtime schedules was associated with a 61% higher injury hazard rate compared to jobs without overtime”.

This specific study stops short of saying that fatigue is the primary cause of this increased risk, but there is ample evidence to suggest this might be the case.

For instance, if you woke at 8 a.m. and were still awake at 1 a.m. the next day (that is, if you had been up for 17 hours straight), your physical performance would likely be worse than if you had a blood alcohol concentration of 0.05%. This the level that an average 73 kg male would get if he had drunk two 355ml cans of beer. That’s right, you’re drunk on overtime. 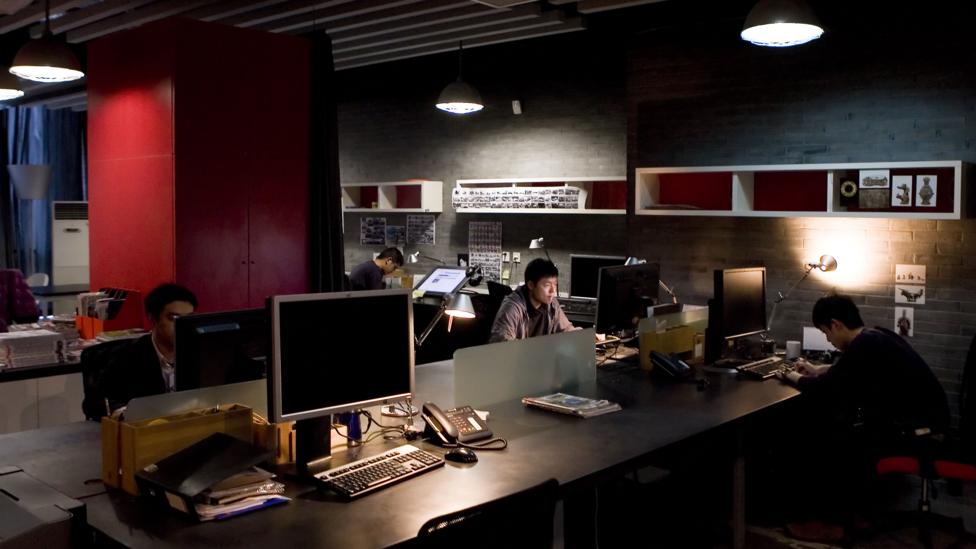 Over 400 million employed persons worldwide work 49 or more hours per week according to the ILO (Credit: Getty Images)

If you remained awake until 5 a.m., the impairment would be similar to having 0.1% of blood alcohol – more than the 0.08% that is considered the legal driving limit in most countries of the world.

So, an all-nighter will make your physical performance (things like your reaction time or coordination) as impaired as if you were too drunk to drive. And if you can’t drive, will you be able to work safely and competently? Maybe typing on a computer is not very risky, but this is something definitely worth considering when doing manual or physical labour, or if your work demands attention to detail.

Still, a lot of people feel trapped in the cycle – they rely on overworking to make ends meet and pay their bills. They are stuck in a system that incentivises them for clocking up lots of hours, or for working through the night if their clients live in another time zone.

For example, this is often the case for ‘gig economy’ workers in Southeast Asia and Africa, hired by companies or entrepreneurs in the US, UK or Europe through freelancer platforms to do things like coding, blog post working, website building or social media management.

Some recent research led by Alex J Wood, from the Oxford Internet Institute, reveals that the algorithms that assign jobs to these workers are a powerful driver to sustained overworking.

As one interviewee on Wood’s research said, “I’m so broke, this is someone who’s ready to give me the money, so why don’t you want 18 hours in one day?”

Basically, the higher your ranking on these platforms, the more likely you are to be hired. But to get these good reviews, workers have to accommodate everything their client wants, with little room for negotiating better conditions: “They have to be available to communicate whenever they are wanted. If the client has a very short deadline, they have to accept. Otherwise, they will be given a bad rating”, says Wood in an interview.

If the worker is not in the top rankings, this pressure only increases. Some try to attract more gigs by charging extremely low prices, forcing them to work very long hours for little money. Furthermore, most invest a significant amount of unpaid labour too, on admin like setting up profiles, bidding for gigs on the platform, and acquiring skills to create a more attractive profile. All this adds up to a very long and exhausting routine.

As one interviewee on Wood’s research said, “I’m so broke, this is someone who’s ready to give me the money, so why don’t you want 18 hours in one day?”

These patterns seem to replicate in many areas of the gig economy. There have been reports in the US that some drivers working for ride-hailing firms are driving up to 20-hour shifts to take advantage of fare spikes. And in the UK, Uber limited its drivers to 10 hours of continuous use of the app, after a parliamentary probe. 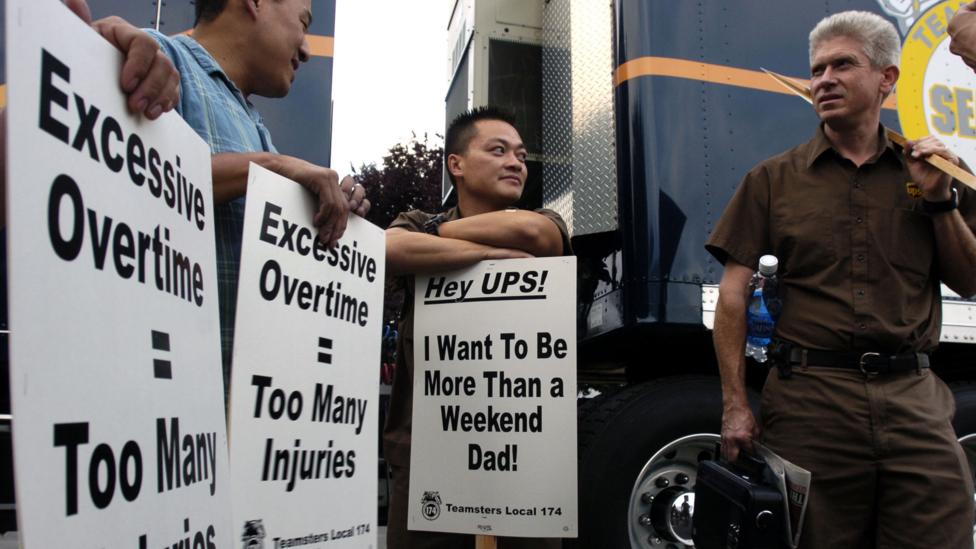 A US study of 13 years of job records found “working in jobs with overtime schedules was associated with a 61% higher injury hazard rate” (Credit: Getty Images)

According to Wood, “the most obvious impact is sleep deprivation,” which reinforces the vicious cycle of little rest and long hours. “People would be more productive if they didn’t have these long hours. But the way the businesses are set up means that people cannot maximise that productivity because they have to be working late at night to meet a deadline.” Freelance platforms have been under fire for glorifying such unhealthy lifestyles, with good reason.

His study does not show how many of these ‘gig’ workers actually work for very long hours, and he clarifies that things are usually a lot better for freelancers in Europe, the UK and the US, who have more specialised skills and a lot more bargaining power. Still, in the Global South, there are signs that this cycle of overwork is becoming ingrained. More than half of the workers interviewed by Wood and his team said that they had to work at very high speed, 60% worked to tight deadlines, and 22% experienced physical pain as a result of their work.

The era when work ended as people left the office is long gone. Checking and answering messages from work seems unavoidable – and even desirable for some people, as they feel it allows them to outperform competitors, or to spend more time with family without losing track of their jobs. As put by a 2006 academic paper from Ian Towers, a researcher from SRH Hochschule in Berlin, mobile technology “increases expectations: managers and colleagues alike expect staff to be almost always available to do work”.

But being ‘on call’ is not the same as being off work, and the way our body reacts to both situations is very different. A 2016 study found that the cortisol levels (the hormone that regulates the ‘fight or flight’ reaction and plays a role in raising stress levels) of people ‘on call’ rise faster in the mornings than those of people who are not required to be available, even if they don’t end up working that day.

This hormone usually has its peak concentration when we wake up, and it decreases on the rest of the day. But scientists believe everyday stress factors tamper with its cycle in several ways: it rises faster when you expect a stressful day (researchers believe this may be the case here), its levels remain high if you are chronically stressed, and it does not rise if you are going through a ‘burnout syndrome’ – something usually preceded by a chronic stress period.

As a result, people also find it more difficult “mentally detaching work from non-work” when they are ‘on call’, as well as choosing to do the activities that they really want – a trait researchers call ‘control’. In other words: workers don’t feel like the time they are ‘on call’ is really their own, and their stress levels rise accordingly. Hence, researchers conclude that days where availability is demanded “cannot be considered leisure time, because recovery – a crucial function of leisure time – is restricted under such circumstances”.

Working for days at a time is not smart, even if you are Elon Musk. The news of his unhealthy work routine has not been well received by investors, and Tesla’s stock fell 8.8% shortly after the NYT interview, amid suspicions of Musk’s poor mental health. Take it as a sobering tale: if you can avoid working for days at a time, just do it, as it has no positive effects on your health, your well-being, or your productivity. Even if you think you are an exception, most likely you are not.

The big problem is for the most vulnerable freelancers, who don’t seem to have a chance to stop the cycle of overworking and diminishing productivity. The underlying problem, as Wood says, is that “clients are able to damage future earnings for workers”, while freelancers have little bargaining power.

It is unlikely that these platforms move to change this, especially when this business model allows them to move billions of dollars each year. Meanwhile, if you happen to hire a freelancer online, it might be better to give your ‘hired hand’ some extra time: they might not only do a better work, but their life could be a lot better as a result.