Loading
What would happen if we banned work emails at the weekend?
Share using EmailShare on TwitterShare on FacebookShare on Linkedin 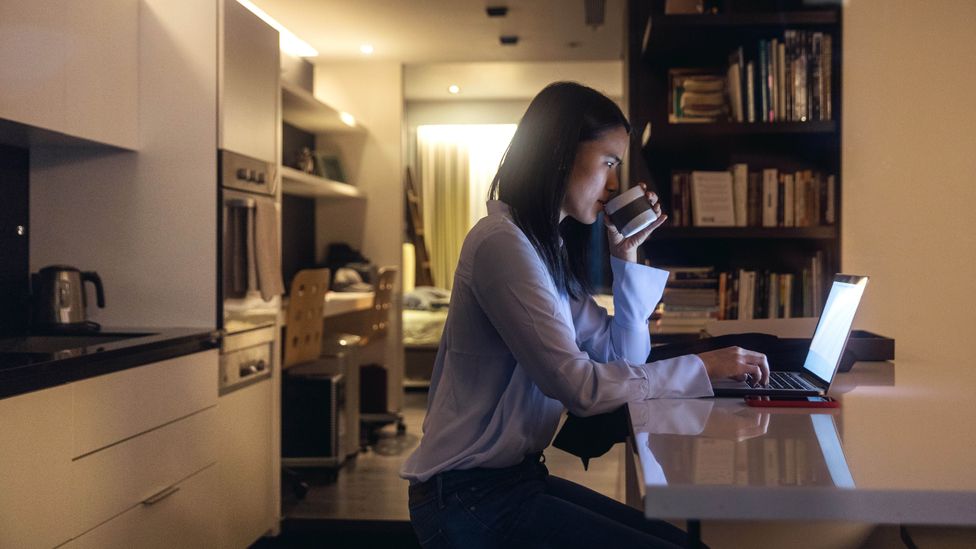 For the average working person, there’s no greater feeling than powering down your computer and kissing goodbye to your avalanche of work emails for the day. If we’re lucky enough to disconnect from the job on evenings and weekends, we’re overjoyed to leave work email and the stress that comes with it in the office.

But experts say we’re increasingly failing to do so, instead bringing the burden home with us and fielding emails during our free time. Unsurprisingly, this routine has some serious consequences.

So, if we know all this, it begs the question: why are we still letting work invade our precious weekends?

“It started when I lacked experience, I feared I might miss important information,” says Romain Gonord, a technical expert for Smile, an IT service provider with offices across France. “Now, it is a reflex, like checking my Facebook or Twitter timeline.” 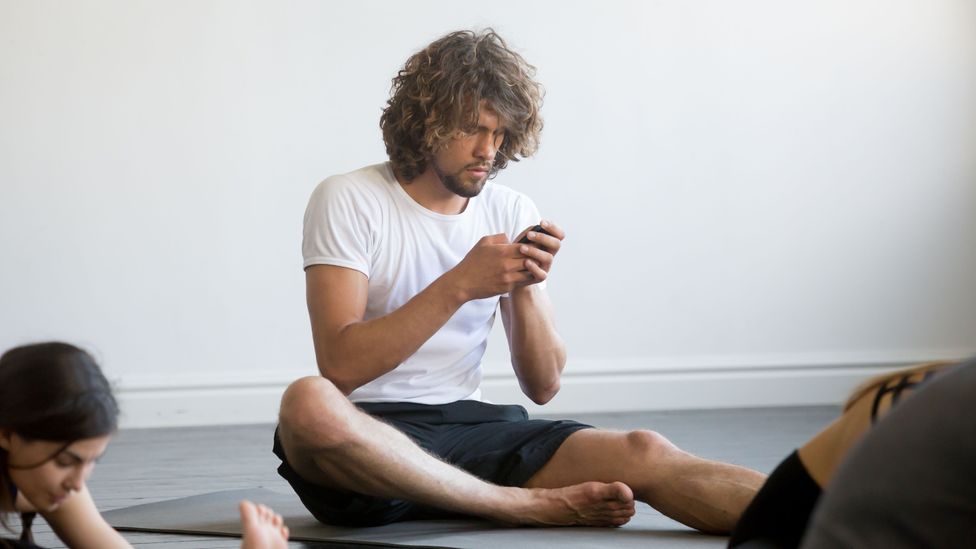 Simply having the ability to check work emails has an impact - the expectation of work emails out of working hours is an anxiety trigger (Credit: Getty Images)

Some feel this shift is just a natural evolution of the workplace and a result our stubborn inability to unplug. Others find it more sinister.

One government took radical steps to try to protect ‘Le Weekend’, but has it worked?

Last year France introduced a law giving some workers at companies with 50 or more employees the ability to negotiate the responsibility to check emails outside standard working hours.

The move followed a report in September 2015 on the impact of “info-obesity” on the health of France’s working-age population, and a labour agreement was subsequently brought in to tackle it. Consequently the “right to disconnect” is now enshrined in French law.

Xavier Alas Luquetas, chairman of Eléas, a French management consultancy, is positive about the change. “The right to not answer emails or professional requests outside of the office (not during working time) is gradually gaining ground in people's minds and also into practical reality in France,” he says.

And Gaetan de Lavilleon, an employee of French cognitive science consultancy CogX, has even changed the way he emails in response to the law. “I now use Boomerang, a Chrome add-on that delays your emails,” he explains. De Lavilleon tries his best to avoid checking emails outside of working hours, and even throttles his use of emails, imposing email blackouts of between 15 minutes and two hours during the day.

They don’t have access to their emails at the weekend and find it frustrating. But I think it’s good: they could work 24 hours-a-day

Meanwhile, the move sparked change in Germany, too, although it depends which sector you’re working in. Employee unions have pushed some German firms to take action. Auto maker Volkswagen was one of the earliest adopters of a ban on out-of-work emails, configuring servers so that emails would only be sent to employees’ phones for half an hour before the start and after the end of the working day – and not during weekends. The policy was introduced because of lobbying by the company’s works council, or employee representatives. Car maker Daimler also introduced a policy that switches off employee access to emails during holidays.

Samantha Ruppel works two part-time jobs in Germany – one at a university and one at a charity. She was given a work laptop that she appreciated, but also felt could be a millstone, chaining her to her desk remotely. “It’s good to have the flexibility to do two different jobs and be able to check your email at the weekend,” she admits, “but sometimes people can try to rush you because they know you’re accessible at all times.”

Ruppel says her employers make sure that whenever she works on weekends, she’s able to recoup those days as holiday during the working week – but worries that in higher-stress jobs without an outright ban on email access at weekends, the temptation would be to simply work all day. Many of her friends work in Germany’s banking and financial sectors, and much of the chat at weekend parties is about work. “They don’t have access to their emails at the weekend and find it frustrating,” she says. “But I think it’s good: they could work 24 hours-a-day.”

During the week, she says “they come home, eat their dinner then check their emails again. If they had the chance, they’d do it at weekends: it’s a competitive world, where they’re always trying to be faster and better than their competition.”

Her experience backs up research taken from all over Europe, which has some worrying implications. In a survey of 2,000 UK workers by the Chartered Institute of Personnel and Development (CIPD), two-fifths of workers said they checked their emails outside of working hours at least five times a day. A third said they couldn’t mentally switch off at home, with work always looming over them.

According to Cary Cooper, professor of organisational psychology at Manchester Business School and president of the CIPD, the recent trend even spills into the way we access our work communications and projects.

Today, says Cooper, work emails are just a tap of a smartphone away. “You don’t carry your laptop around when you’re out to dinner, but you do carry your mobile phone,” he says. “The smartphone changed everything.”

“The higher the expectation for monitoring organisational email, the less people can detach, the more time they spend on work-related email after hours and the more they are emotionally exhausted,” says Liuba Belkin, associate professor in the department of management at Lehigh University. 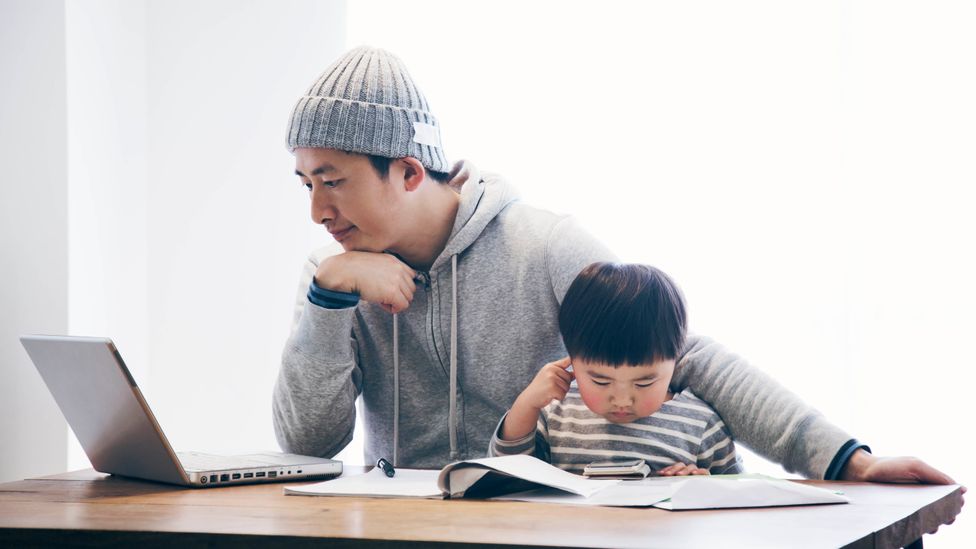 In a CIPD survey of 2,000 UK workers two-fifths said they checked their emails outside of working hours at least five times a day (Credit: Getty Images)

Even if you’re not a compulsive checker of work emails, simply having the ability to check them has an impact. “Regardless of how much time workers spend on email after hours, it still gets to them and has negative implications,” says Belkin

Two subsequent papers produced by Belkin and colleagues show that even the expectation of work emails out of working hours is a trigger of anxiety – for employees and their loved ones, too.

The more time spent on work emails outside of working hours, the greater the instances of emotional exhaustion – and the average person in Belkin’s study spent eight hours a week checking emails out of hours. Subsequent research by Virginia Tech University found that people don’t have to check emails, but just have to believe they’re expected to, to trigger significant amounts of anxiety.

As well as causing anxiety that ripples out to friends and family, there are other serious health implications from staying connected. “If we don’t switch off from work we don’t recover from work,” says Anna Cox, professor of human-computer interaction at University College London, who specialises in researching work-life balance. “Initially that starts to affect your productivity. When you work you’re tired. Ultimately, if you don’t recover from work properly, it can lead to all sorts of physical and mental health problems.”

Data gathered by a regular survey of employees for the European Working Conditions Survey shows that those who report working more outside regular working hours, for instance, report higher levels of cardiovascular conditions and musculoskeletal pain.

But a blanket ban on emails outside working hours isn’t universally welcomed.

In France for instance, Gonord is uncertain whether the law has worked as designed. His employer didn’t compel him to check emails even before the introduction of the right to disconnect, but he would occasionally check in in order to keep projects on track. “If your company enforces the right to disconnect – by shutting down email access to employees – you have no choice to disconnect,” he says. “I’d feel a pressure, which is what the law was trying to prevent.”

Others feel enshrining the weekend in law won’t necessarily be effective, nor that it will be likely to be implemented in other countries.

“We’re a long way from that, I think, when you think about the way we have so much flexibility,” explains Cox. She believes we’ve swung so far away from traditional 9-to-5 working that implementing strict “timetables” for checking emails would be as vehemently opposed in the UK or the US as it was supported in France.

There’s one further concern, too.

“It’s unenforceable,” says Cooper. “If you’re feeling job insecure and there’s high unemployment like they have in France, are you going to go to your employer and say, ‘I’m sorry, I’m taking you to court?’”

Instead, Cooper feels co-operation is needed between workers and their employers to ensure they’re able to enjoy time away from the screen and the stresses of email. Delete your work email account from your inbox, and leave the worries until Monday.