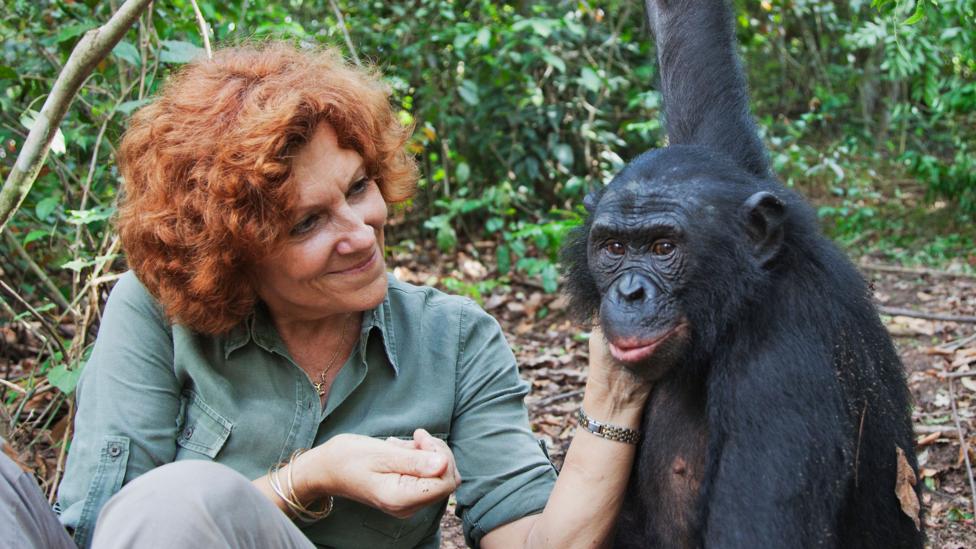 By Lesley Evans Ogden 26th September 2018
Could the animal kingdom hold the secret to smashing the glass ceiling?
W

What do hyenas, killer whales and elephants have in common? They’re members of an exclusive club where female bosses are the norm.

New research has found that of the more than 5,000 known species of mammals, just a handful are led by females.

As humans puzzle over the glass ceiling and how to get more women into leadership, could it be possible to learn something from the outliers of the animal kingdom? It’s a controversial idea, but according to the scientists who made this discovery, the answer is yes.

To find this group, the team first had to pinpoint the social species that show any leadership traits at all – by looking at things like movement, foraging, or conflict resolution, they identified 76 such mammals. Then within that group, the team searched for evidence of female leadership, and for the characteristics which define these female leaders.

“I think there’s a lot to learn from these non-human societies,” Smith says. 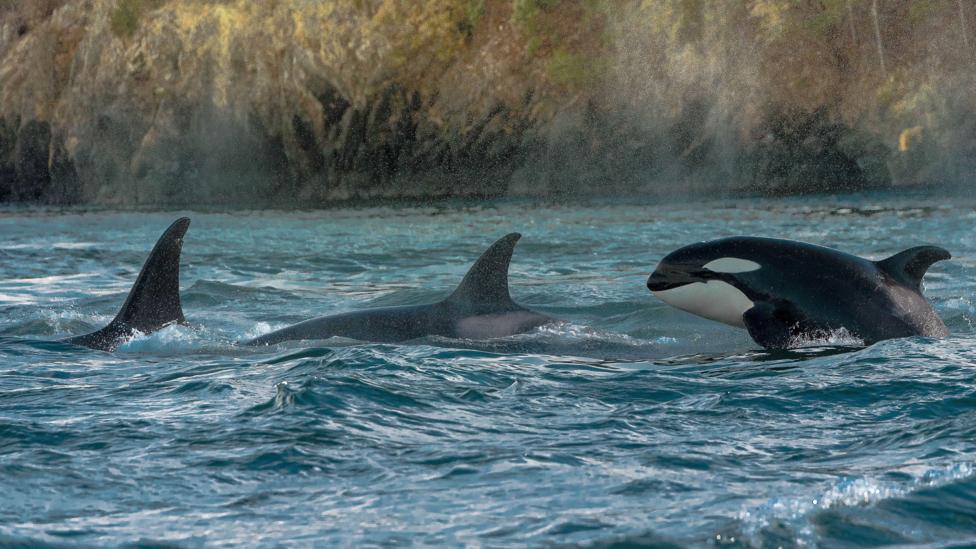 Orcas are just one of a handful of mammal species which show female leadership traits (Credit: Getty Images)

The researchers note it’s important not to confuse leadership with dominance. “Leadership is something that happens because there is a problem that needs to be solved by some kind of coordinated action,” says co-author Mark van Vugt, an evolutionary psychology professor at VU University Amsterdam.

Examples of problem-solving might be finding food, avoiding predators, or resolving conflict. Dominance, on the other hand, has more to do with competition between individuals. By the scientists’ definition, successful leaders have willing followers – they don’t need to convince people to join them.

A whopping 99% of our human DNA is the same as that of our closest primate cousins – chimps and bonobos. But while chimps tend to be male-led, bonobos take their lead from females. Females make the travel plans, explains Takeshi Furuichi at Kyoto University, who studies bonobos in the Democratic Republic of Congo. Females eat first, because they organise dinner.

Conflict is much less common in bonobo societies versus their scrappy chimp cousins. Female bonobo bosses, although smaller than males, regularly intervene as peacekeepers. While females often lose one-on-one scuffles with males, “When more than two females collaborate [to fight] males, 100% of the time, females win,” he says.

But given the choice, it seems bonobos would rather make love, not war. Intimate contact is common, and bonobo females use frequent sex to reduce tensions with both males and females. With females at the helm, bonobo society is a lot more chilled out. 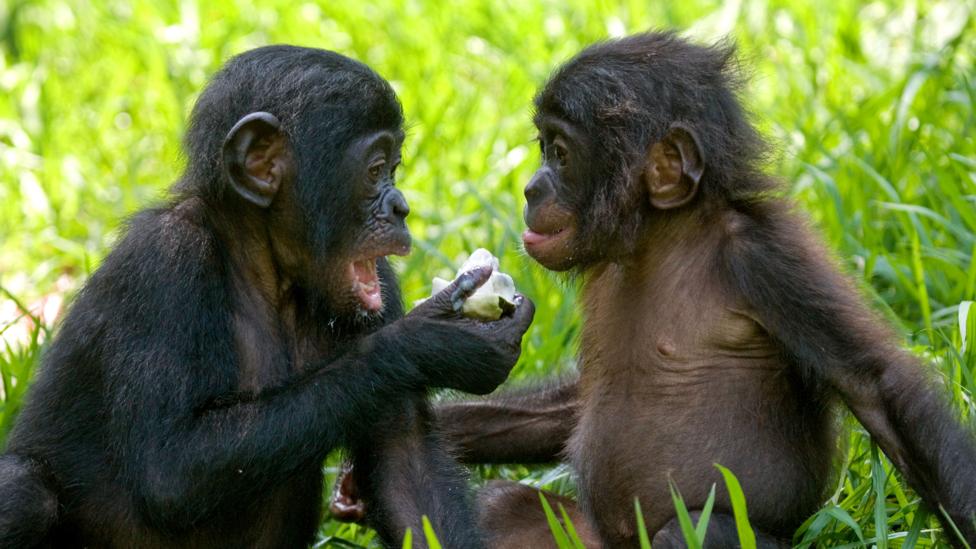 Female bonobos can team up to overcome aggressive males – but are more inclined to be lovers, not fighters (Credit: Getty Images)

In elephant families and orca whale pods, older females run the show. Wise orca grandmothers help their extended family thrive by knowing where the salmon are. While when it comes to elephant leadership, “We know that elephants have really good memories for patchy resources,” says Vicki Fishlock, a scientist at Amboseli Trust for Elephants in Kenya. It is knowledgeable matriarchs that lead groups to water in a drought.

But when it comes to elephants, there’s an important difference between us and them. Most human societies are patrilineal, with wealth and status passing down the male line. Elephants (and orcas) are matrilineal. “Elephant females are born to leadership,” says Cynthia Moss, director and founder of Amboseli Trust for Elephants, who has been studying them since the 1970s. In adult female elephants, “there is no choice, nor is there any struggle with males for position. Males live separately and do not serve as leaders among the family groups of elephants,” she explains.

Hyenas are cooperative hunters. In hunting, mainly males lead. But in other ways, females call the shots. Females hyenas are larger and stronger than males, and direct where the groups go. Typically, hungry lactating females take the lead, followed by youngsters and males. Female hyena leadership is important during clan wars, when groups battle it out, usually over territory. 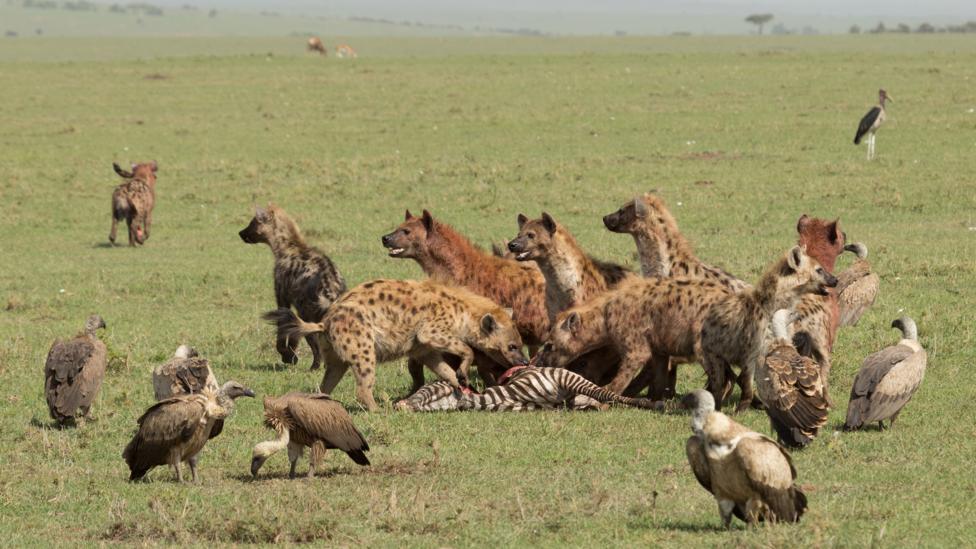 Female hyenas are larger than the males – and direct where the group goes (Credit: Getty Images)

When female hyenas sniff each other’s anogenital regions – a risky business for animals with such lethal jaws – it’s analogous to a hug, explains Smith. After confirming trustworthy alliances, females join forces in another potentially risky behaviour: an attack. But hyena females lead not only in battle, but in defusing conflict within clans too.

So while greeting your colleagues in a similar way to hyenas and bonobos may be off the cards, sussing out allegiances could be absolutely vital. One take-home message that can be drawn from analysing female leadership in mammals is the crucial importance of coalitions: who you’re friends with in your social networks, and the expertise that comes with age and experience.

Female leadership, the animal world suggests, is more likely to emerge when females form cooperative units. Smith cites the #MeToo movement, as a parallel human example, where “anyone can get involved, and it doesn’t matter how much brute force you have,” says Smith. These virtual coalitions of women forming “are really influencing societal outcomes, so that is leadership, and that directly speaks to what we see in bonobos, hyenas, and these groups that join forces,” she says.

But is it valid to make this leap from furry animals to working women? The idea is contentious, acknowledge Smith and colleagues. It’s problematic because “the level of complexity, and the differences in the social systems, is so great,” says Christos Ioannou at the University of Bristol. “It’s such a big jump, that I think it’s very difficult to make those comparisons,” says Ioannou, who studies collective behaviour and leadership.

Even in primates with male-biased leadership, female leadership can go unnoticed. Julie Teichroeb, University of Toronto primate behavioural ecologist, studies vervet monkeys. Because females of this species lead from the middle or rear of a group – think middle management – early studies mistakenly determined that decision-making was done by large males at the front, she explains.

Of course, our biological legacy is only one aspect of why females are underrepresented in leadership. The other aspect is culture. People are skilled in cultural innovations that can change our own environment, therefore Smith’s team argue we could shape a future with more leadership opportunities for women.