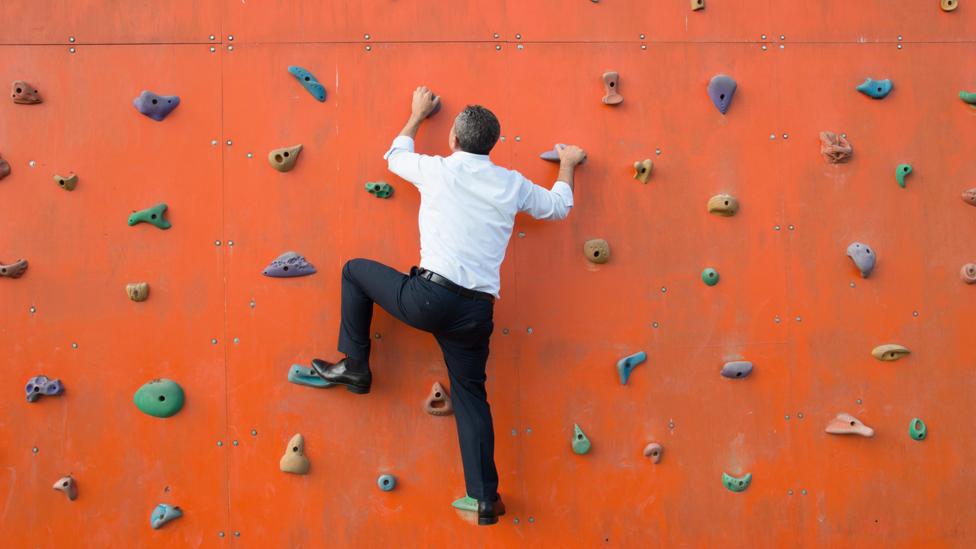 By Bryan Lufkin 31st October 2018
Is the famous label for ambitious people a misnomer? According to psychologists and recent research, there's a better way to analyse your personality - and to put it to your advantage.
Y

You likely know someone with a “Type A” personality – an ambitious, competitive person striving for success. Perhaps it’s how you would describe yourself.

It’s a label that has been applied to powerful, dominant people for decades. But new research suggests the Type A personality might be something of a misnomer.

Researchers from the University of Toronto in Scarborough, Canada say the term can be unhelpful and erroneous, and the way it’s usually applied represents an outdated way of thinking about personality. Here’s why you should think twice about casting yourself as Type A at your next job interview.

The birth of a myth?

According to the Oxford English Dictionary, Type A personalities are characterised by ambition, impatience, and competitiveness, and thought to be susceptible to stress and heart disease. (Type B, meanwhile, is defined by being relaxed, patient and having behaviour that could decrease a risk of heart disease.)

A pair of American cardiologists came up with the term in the 1950s to describe white middle-class men who had certain personality traits that made them more susceptible to coronary heart problems. (One report in 2012 in the American Journal of Public Health asserted that the research was heavily bankrolled by the cigarette industry to avoid any claims that smoking is bad for you.)

In the decades since, the term has entered the popular lexicon and people have used it as a way to place themselves into one camp or another. This binary aspect of personality – that you’re naturally either Type A or Type B – was the main finding of a 1989 study published in the Journal of Personality and Social Psychology.

But University of Toronto postdoctoral student Michael Wilmot wanted to test if these assumptions are still accurate today. So he and his team decided to replicate older studies and update them with more modern survey methods to see if they would produce the same results. Their findings are due to be published in the Journal of Personality and Social Psychology. "Type A" emerged as a term in the 1950s when a pair of cardiologists wanted to describe stressed individuals prone to heart problems (Credit: Alamy Stock Images)

The team re-examined archival data from previous surveys of nearly 4,500 people across the US and UK, whom had participated in old Type A surveys years ago. They were unable to achieve similar results that suggested “Type A” is a naturally occurring personality type, and found that personality is better understood as sliding scales of specific traits rather than categories.

“People love the idea of categories,” Wilmot says. “Science helps us make sense of the world, and people are the most interesting thing to other people, so it helps to have categories.”

Assigning someone a catch-all category can be a problem.

The problem with ‘being’ Type A is that you can’t really ‘be’ Type A at all. Rather, you can have some Type A traits and not have others

The problem with “being” Type A, Wilmot and his team suggest, is that you can’t really “be” Type A at all. Rather, you can have some Type A traits and not have others, or fall on a spectrum of each trait. Suggesting someone is Type A could be suggesting they have certain personality traits that they don’t even have.

The original 1989 study used outdated research practices, like dichotomous response formats (“are you this or that?”), as opposed to measuring traits (like competitiveness or impatience) on sliding scales. That’s a more modern approach: many psychologists are wary of tests and giving you a single type, instead favouring ones that explore various dimensions of personality, each of which might be measured on a spectrum.

“Maybe someone who is achievement-striving may not be irritable or impatient,” says Wilmot. In other words, someone can love competition but not time pressure. But calling someone Type A suggests they love both.

The trouble with types

This Type A or B model of behaviour is looked at by many professionals and academics as outdated.

Sandra Matz is an assistant professor at Columbia Business School in New York City who’s studied psychometrics and ways to measure personality or cognitive ability. Whether it’s Type A/B or something like the Myers-Briggs Type Indicator, pigeonholing someone into a type is less useful than examining their various dimensions.

“Types are just way too crude,” she says. “These kinds of frameworks are super popular because they’re very easy to understand – it’s nice to have a label you can use.”

We need ways to describe someone’s personality that aren’t just an unlimited number of adjectives, she says. And when you start assigning CV-ready descriptors to a certain type – like Type A’s “ambitious”, “organised” or “workaholic” – it’s easy to start to see the pitfalls of such a rigid system.

“It’s something of a misconception in how we use personality in the workplace: figuring out which personalities make for an amazing employee,” Matz says. But it should be more about finding “the best match for this specific job”.

Personality tests aren’t widely used in hiring, says Paula Harvey at the Society for Human Resource Management. They were popular about 15 years ago but since then she’s noticed a steady decline due to cost and equal opportunity laws.

“If personality tests are used, it is usually for developmental purposes with current employees.”

What’s a better alternative? Many experts interviewed point to the “Big Five” test. Instead of shoehorning you into a type, it places you somewhere along the spectrum of five sliding scales. (That’s opposed to Myers-Briggs, which does something similar, but then uses those scales to go ahead and assign you a type anyway.)

So the next time someone says they’re Type A and brags about how it got them to where they are today, take it with a grain of salt. The real future of personality in the workplace will be less cut-and-dried, with fewer either/or binaries of Type A or B. Instead, it’ll be about fitting the right personality with the right environment.

“People who have a job that matches their personality are happier in the long term and perform better,” Matz says. “It’s not about just trying to find this one profile.”