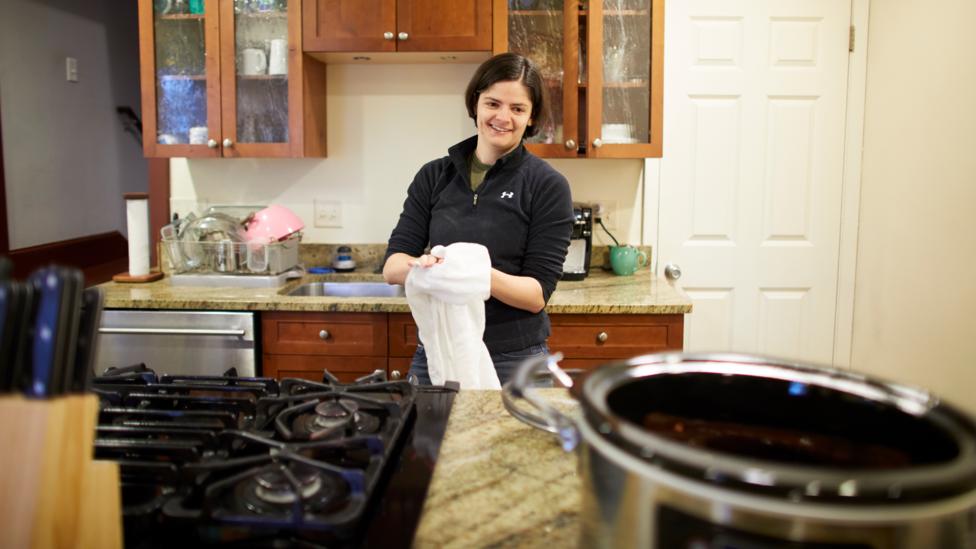 By Chris Stokel-Walker 2nd November 2018
In a world in which many are working longer and longer, these people are following a movement enabling them to retire in their 40s – or even sooner.
B

Barney Whiter’s parents bought their home when he was starting secondary school in the UK in 1981. “They did the classic British thing,” he says, “big house, big mortgage.”

Soon after, a major recession hit and interest rates rocketed to 17%.

His parents had to cut back their spending to make the crippling mortgage payments: holidays were cancelled, as was the paper delivery. Whiter’s dad stopped buying beer and brewed his own. And Whiter’s attitude to money was forever changed. “I picked up on the idea that it was scary owing the bank a lot of money,” he says.

He’s spent his adult life making sure he wouldn’t end up in the situation his parents did.

For more than two decades, Whiter made sure to save at least half his salary every month for retirement

He did an economics degree and trained as a chartered accountant – a profession he followed so he’d be skilled in the language of money – and worked in finance for 20 years. But while his salary inflated from the initial £12,500 ($16,000) he got upon graduation, his lifestyle didn’t.

Barney Whiter, now 48, cycled to the office every day to save money for early retirement. He was able to amass enough to reitre at 43 (Credit: Chris Mann)

For more than two decades, Whiter made sure to save at least half his salary every month for retirement, and any bonuses would be quickly squirreled away into savings. He cycled to the office rather than taking the Tube, and cut back on drinking. Whiter, now 48, amassed a nest-egg that enabled him to retire at 43.

But it wasn’t until a year before he retired that he came across Mr Money Mustache, a blog written by 44-year-old Canadian Peter Adeney – a veritable celebrity among early retirees. Whiter realised he’d subconsciously been part of a movement growing in popularity with younger workers around the world: FIRE (financial independence, retire early).

The basic template goes something like this: proponents live as frugally as possible, saving half their income or more during their 20s or 30s. The aim is to retire in their 30s, or 40s at the latest.

The “retire early” part of this movement can be something of a misnomer. Many FIRE devotees don’t plan to spend 50 years playing bridge or taking leisure cruises. Instead, the focus is on financial independence: the aim is to save enough of a nest-egg, and live simply enough, so that the ensuing decades can be spent doing something other than chasing payrises and promotions at a corporate job, or worrying about owing the bank a large mortgage.

And although these ideas have been around for many years, online communities have allowed the FIRE movement to really take hold in the past decade.

It first gained popularity in the United States, and has its first real roots in a 1990s newsletter called The Tightwad Gazette. The paper newsletter printed its last edition in December 1996, but the thrift movement continued online – especially in the long, languid hangover of the 2008 financial crash. 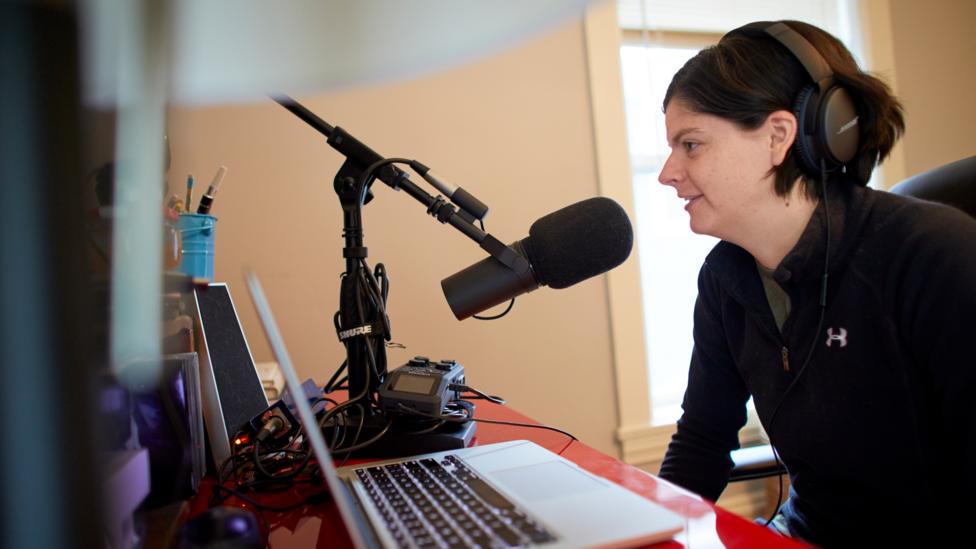 Today, thousands of people across the world subscribe to podcasts, blogs and participate in discussion forums on how to live a parsimonious life. One podcast, Firedrill, receives more than 7,000 downloads per episode and is in the top 100 for investing podcasts on the Apple’s US charts. There are specialist forums on Reddit devoted to the FIRE movement in Australia, the UK, the Netherlands and India, where people swap tips and ask for advice.

These communities of young people obsessing over their retirement savings buck a trend: most millennials aren’t saving enough for retirement.

In the US, a report from the National Institute on Retirement Security found two-thirds of millennials saved nothing for retirement. US Federal Reserve data shows 58% of under-35s don’t have retirement accounts.

Helen Morrissey, a pensions specialist at Royal London, surveyed 1,500 UK millennials last year and found they were saving on average 4.6% of their income for retirement. “This is well short of current rules of thumb which suggest contributions of 12-15% of income are needed.” 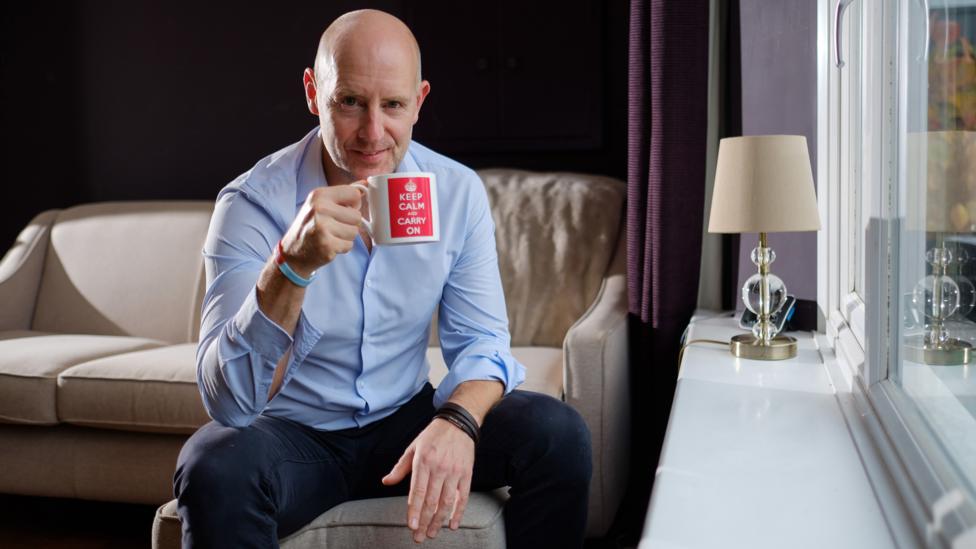 When Barney Whiter began saving to retire early, he did not realise we has part of the growing 'FIRE' movement'. With planning, he was able to retire at 43 (Credit: Chris Mann)

For adherents to the FIRE movement, that figure is low. Even at 12-15%, building a nest-egg big enough to live off usually takes decades. In order to retire much more quickly, most strive to save half their income – or more – while spending as little as humanly possible.

Craig Curelop lives and breathes this lifestyle. The 25-year-old financial analyst adheres to an “own everything, use nothing” philosophy. He owns a car, but never drives it, renting it out on a site called Turo and riding a bike instead. “I did that and made a couple hundred more dollars a month,” he says.

Curelop, who lives in Denver in the US state of Colorado, used to rent out his bedroom on Airbnb and sleep in the living room. “I decided to make a quasi-bedroom out of my living room by putting up a room divider and a curtain,” he explains. “I lived like this for a year.”

He was saving so much that as well as the duplex he bought in Denver in April 2017, he was able to buy another house in June this year – where he lives in one room and rents out the others, all while collecting rental income on his original property. “Right now I’m saving between $3,000 and $4,000 a month,” he says. “All said and done, I’ve probably saved between $60,000 and $70,000 in the 18 months since I started my first house hack.”

The man who leases out his life

Watch the video above to see 25-year-old Craig Curelop, who lives by the “own everything, use nothing” philosophy, and aims to retire by 28. Video by Tim McDonald.

This way of life isn’t without its critics. Some worry the high savings targets of FIRE followers aren’t feasible. “It seems to me like the extreme version of the Atkins diet,” says Damien Fahy, a financial planning adviser based in London. “They have a lot of positives and some good roots in financial planning,” he says. “But I do think it’s an extreme version of it that isn’t necessarily suitable for everybody.”

Royal London’s Morrissey agrees. “They must ensure they can also meet other needs,” she says.

The maths of living

Another controversial aspect of the FIRE movement is this: just how much money do you need in order to retire in your 30s or 40s? Critics say FIRE followers vastly underestimate how much they need to save.

If you retire in your 30s, you could be living for 70 more years – Holly Mackay

But this rule has its flaws, especially when applied to young people. It’s generally used for those retiring in their 60s, who aren’t likely to need money for more than 30 years.

The maths doesn’t add up, says Holly Mackay, founder of consumer financial website Boring Money. “If you retire in your 30s, you could be living for 70 more years. I think there’s a bit of naivety.”

Putting a precise dollar amount on the amount someone needs to retire at 35 is difficult, she says. If someone wants £20,000 a year, they’d need 55 times that – reduced assuming there were investments. “But it’s at least half a million, and then that only gets you £20,000 a year,” she explains.

Cutting back, not cutting off

Those calculations assume someone retiring at 35 won’t work at all once they “retire”. That’s not the case for most in the FIRE movement.

Gwen Merz is 28 and has $200,000 in assets (mostly in property, stocks and a little cash). The American quit her job in IT in March aged 27 and now hosts the Firedrill podcast. “I’m not retired,” she says. “I still have to work but I have the freedom to choose something that I really enjoy that maybe doesn’t pay so much.”

She hopes her investments will provide a living income whenever she decides to stop working. And for her, FIRE isn’t just about finances – it offers community and camaraderie. “There are more people to hang around with and don’t look at you because you have a 13-year-old car.” 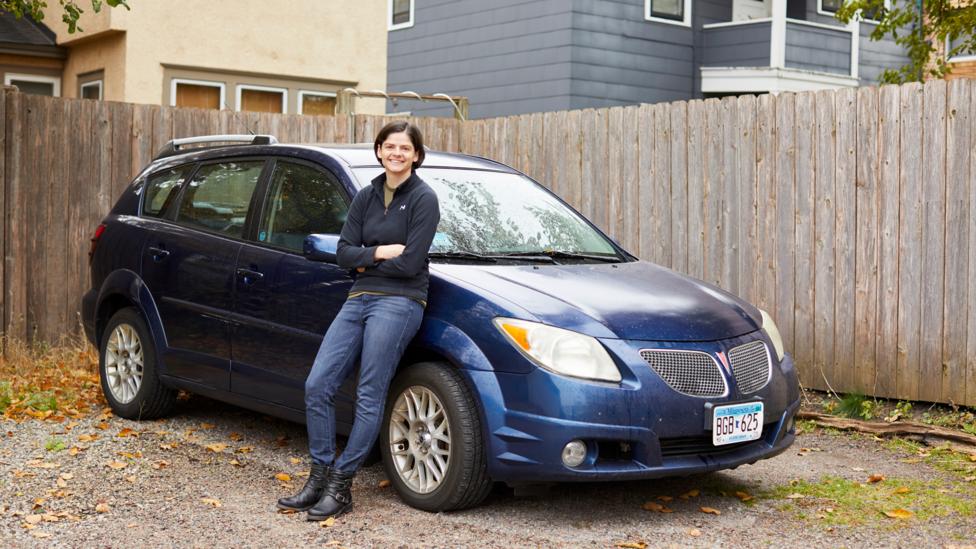 Merz’s old car is not the only way in which she cut back her lifestyle. She’d love a Nintendo Switch, but rules it unnecessary. She also eats out less than she used to, and doesn’t travel that often.

What of the common refrain among FIRE critics – that it’s all short-term pain for uncertain, long-term gain?

You should be able to live your best life, but that doesn’t mean you’re spending lots of money – Gwen Merz

“Those people are missing the point,” Merz says. “If you’re depriving yourself that much, you’re not going to be happy, and you’re not going to be able to maintain that.” Merz advises cutting back unnecessary expenditure to the point that feels uncomfortable, then settle just above that level. “You should be able to live your best life, but that doesn’t mean you’re spending lots of money.”

Whiter agrees. “You don’t need to go to an expensive, city-centre bar,” he says. “You can have your mate round for some tinnies.” That extends to his family. Before he retired, he realised his family of five could live well on £24,000 ($31,000) per year.

“We don’t indulge rampant, runaway consumerism by buying the kids the latest iPhone,” he says. He describes his lifestyle as frugal, not deprived.

Despite the “RE” (retire early) part of the FIRE movement moniker, the goal for Merz and Whiter isn’t to quit their jobs at 27 or 43 and do nothing until they die.

“We’re not meant to sit around and drink Mai Tais all day,” Merz says. “Humans have an intrinsic need to work. We need to feel like a valued member of society, and that’s not going to stop because you have an arbitrary number in the bank.”

Rather, it gives them the flexibility to do what they want. Some choose to travel – on a budget, of course – while others simply pick and choose their work, rather than feeling trapped on the hamster wheel.

Now he’s free. “A lot of this stuff is emotional and psychological,” he says.

“You have to live through it to understand how powerful it is.”