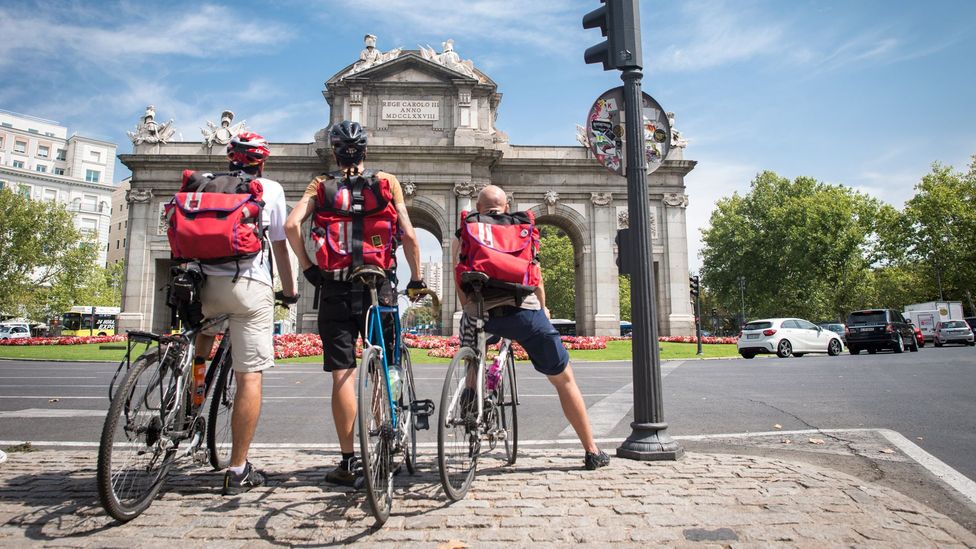 By Jessica Jones 27th November 2018
The average Spanish millennial spends more than half of their monthly income on rent. In a country where it's hard to earn and expensive to live, something has to give.
S

Spanish start-up Mr Jeff would probably win the prize for the most millennial company name in Spain. The laundry delivery service is named after Jeffrey the Butler from the 1990s TV show The Fresh Prince of Bel Air, whose theme lyrics are ingrained in the mind of most millennials.

Mr Jeff got its start in 2016 thanks to three founders – all millennials, no surprise – and the Valencia-based company has quickly expanded from Spain into Latin America. For founder Eloi Gómez, 26, beginning his own start-up was a no-brainer.

“Four or five years ago it was like, if I’m not [starting a business] then I will have to go abroad or I’ll have to go and get a masters because a real job sounded crazy. It was impossible to get a real job,” he says.

Around the world millennials are bearing the brunt of a crippling economic crisis – low-paid jobs on temporary contracts, rising housing prices and the pressure of supporting an ageing population. In Spain young people have felt the squeeze particularly hard. Compared to Generation X (those born between 1966 and 1980) when they were aged 30 to 34, millennials of the same age have 30% lower disposable income in real terms. 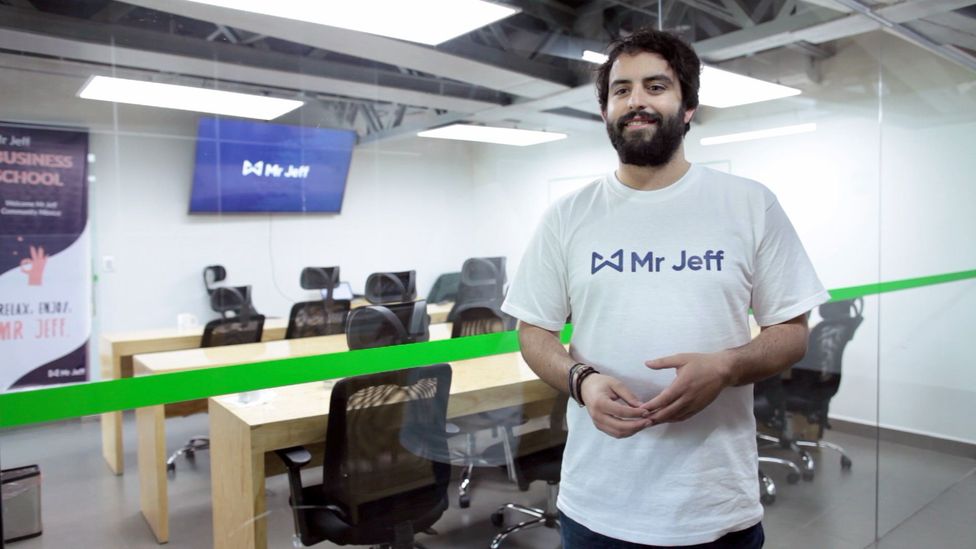 “This is probably the first generation that, to some extent, does not have a guarantee that they will benefit from better living conditions than their parents,” says Marcel Jansen, professor of economics at the Autonomous University of Madrid and researcher at the Madrid-based Foundation of Applied Economic Studies. “We did a comparison in 2014 where we compared [labour market] entry conditions of young people to those who entered in previous decades and we had to go back to the late 80s to find similar living conditions.”

Five years into the Global Financial Crisis in 2013, youth unemployment levels in Spain topped 56%. Throughout the past decade long-term unemployment has multiplied fivefold among young Spaniards.

“Our generation was taught that you just have to study and get a degree from university and after that you will have a job,” Gómez says. But millennials like him have had to make alternative plans, deviating from the model followed by prior generations.

The uncertain future is propelling what has been dubbed Spain’s “lost generation” toward non-traditional jobs to make a living. In modern Spain, the linear path just does not cut it for many to get by.

Researchers from the Intergenerational Commission at UK-based think-tank the Resolution Foundation concluded that “millennials have substantially lower incomes than Generation X did at the same age. In Spain, for example, typical incomes for millennials in their early 30s are – so far – a sizeable 30% (7,000 euros) lower than they were for Generation X”.

And although living standards have certainly improved during the past 30 years, whether conditions are actually “better” becomes a bit fuzzier, according to economist Francisco José Goerlich, who works at the University of Valencia. “It is true that rising rents, especially in big cities, are an important share of expenditures, so money left for other things is, to some extent, less,” he says.

Cristina Robles, 30, studied documentary film-making and interned at companies around Madrid, including Spanish national broadcaster Televisión Española. Robles has also discovered that breaking into Spain’s job market as a millennial is difficult – especially compared to her predecessors. “Everyone is expecting you to do five different jobs in one and be paid 650 euros ($740) a month,” she says.

Robles has not taken a job in media, but is instead part of La Pájara Ciclomensajería (The Delivery Bird), a bicycle service offering scheduled deliveries, arranged over the phone or online, and on-the-spot food deliveries which customers order via their website. 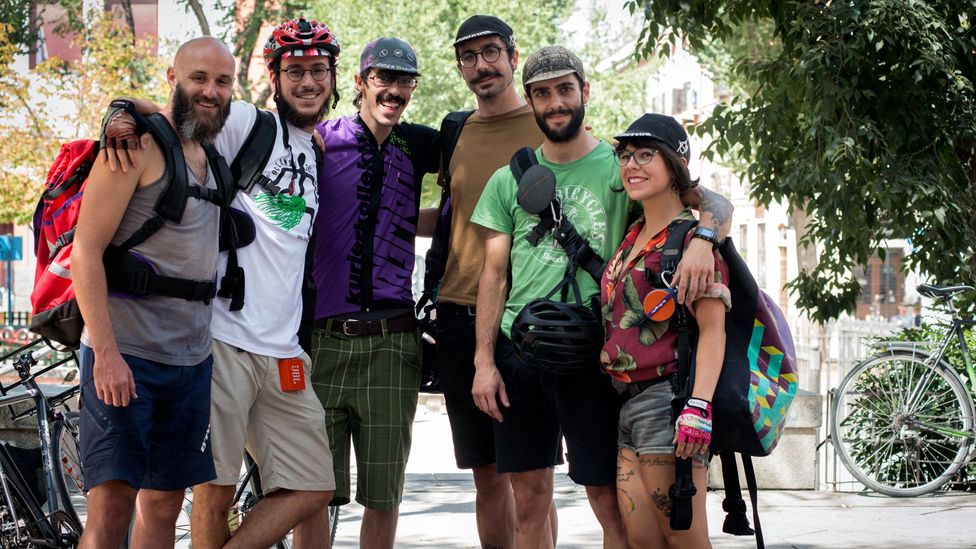 La Pájara was launched in September 2018 by five millennial friends – three Spaniards, a Costa Rican and an Italian. The five had previous experience working for gig-based companies, including Deliveroo, and and said they wanted to leave the restrictive model for something with more autonomy and more ethical work practices.

“I think the key is that we are the owners of the cooperative and all the money is shared by us,” says Martino Correggiari, 30. He adds that “there are no people in between” like other gig economy business models that rely on contractors. The heart of La Pájara, he stresses, is working for yourself.

At the moment, the riders are on their way to making 9 euros ($10.25) per hour, but with the business having started so recently, they are in what they refer to as a “transition phase”: building a strong client base. (Spain does not have an hourly minimum wage, but the required monthly minimum is 735 euros [$837], or 4.50 euros [$5.12] per hour for a 40-hour week).

Robles’ new work is precarious but she is still making more than she did during her last position in TV: an internship for which she was not paid anything. “We love to be on the streets and ride and it’s really cool if you think you can be paid for something you really love,” she says.

María Ramos is the co-author of The Invisible Wall, which explores the barrier between youth and independent adulthood in Spain. She says that the economic constraints faced by millennials are slowing down their progress through major life milestones. These transitions – such as becoming parents - are happening later and later and, in some cases, stalling entirely.

“This delay in Spain is very evident,” says Ramos. “At age 30, 78% of young people still live at home with their parents. The insecurity in the employment of the young people is enormous, and in many cases it extends throughout life.”

The insecurity in the employment of the young people is enormous, and in many cases it extends throughout life – María Ramos

In 2018, Spain registered its lowest birth rate in 40 years: 1.3 children per mother. In 1972, it was 2.9 children. “Millennials stay longer with their parents, marry later and have children later,” agrees Mr Jeff’s Gómez. “My mother was 16 when she left home and my dad was 25.”

Along with changes in how they live, many millennials are also rethinking traditional expectations about what it means to be successful, both professionally and personally.

“People are looking for experiences more than life goals as we know them; you know, by 30 I’m going to be married and have two dogs and hopefully a kid. People aren’t measuring their lives on goals, they are measuring their lives on experiences,” says Robles. “If this job allows us to have a decent life and enjoy what we do… then I think we’re not doing anything wrong.”