A cannabis extract known as CBD is booming in popularity in the US, available everywhere from shops to supermarkets. But the billion-dollar industry remains mired in a legal grey area.

Cannabidiol, or CBD as it’s better known – a naturally occurring extract of the cannabis sativa plant – is now so ubiquitous in the US, you’d be forgiven for thinking there are few places it's not available and few ailments it cannot treat.

Users say they take it for everything from muscle aches and anxiety to arthritis, epilepsy and Post Traumatic Stress Disorder.

And let’s not forget Fido. There’s CBD oil for him too – with added bacon flavour.

It's an industry that CBD market research firm the Brightfield Group projects will be worth $5.7bn by next year and $22bn by 2022. The group's research director Bethany Gomez says Charlotte's Web Holdings, the industry's largest player, grew by 172% in 2016-17 and is on track to make $89m in 2018.

This is a controversial sector that is inevitably turning heads in the investment world, not to mention attracting interest from some unlikely corners. Drinks manufacturer Coca Cola has said it’s “closely watching the growth of non-psychoactive CBD as an ingredient in functional wellness beverages around the world”. A request for further comment on this from BBC Capital went unanswered.

Gomez says when the Brightfield Group made its industry predictions earlier this year, “we raised plenty of eyebrows”. But, she says, three days later the media was reporting that Coca Cola was looking into the CBD industry and it suddenly made sense. “If you look at the total sum of CBD products being sold today and then add ‘big box’ retailers into the mix and the big pharmacies who are begging to enter... we expect to see a very rapid change.”

Ahead of the curve

Zsolt Csonka is one of this growing fan base. He is the founder of Adriaen Block, a restaurant in New York's Astoria, the city's first CBD restaurant and bar. Csonka says he wanted to create cocktails with a lower alcohol content, using ingredients (like shrubs, berries, and herbs) that were used in the 16th and 17th Century, but which also included CBD oil – "mixing the new generation and the old generation together," he likes to say. 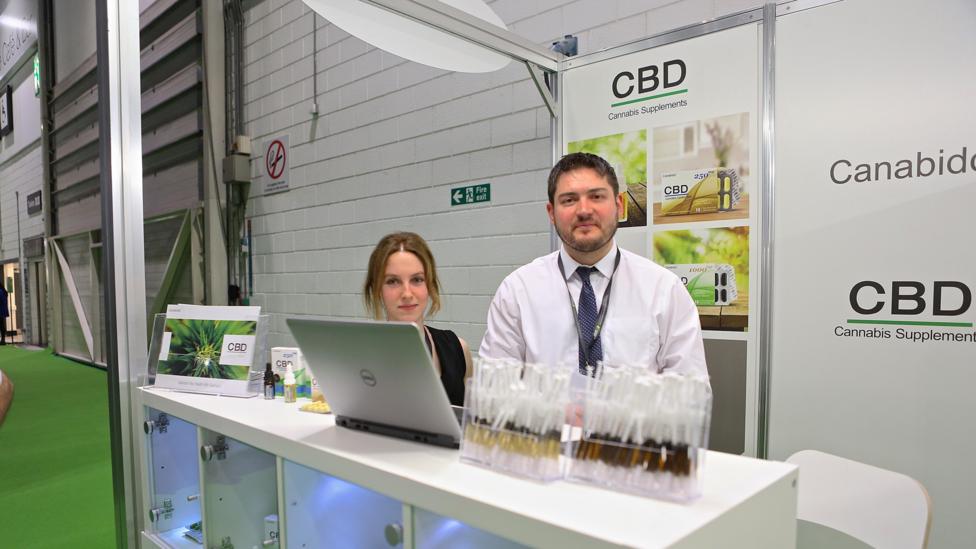 “If you put CBD in the drinks, instead of it taking four or five whiskeys to get drunk, with just one or two drinks infused with CBD you get a much more relaxed state of mind, and your stress levels go down," he says.

Csonka makes sauces that incorporate CBD to go with his dishes, too – like the peppercorn sauce for his New York strips; his demi-glace, beurre blanc or bearnaise.

But what about the science? There's no concrete evidence yet that CBD does anything for people who take it for some vague concept of “wellness.”

“I wasn't able to relax at night or sleep; my mind was always in knots,” he says. “When I took two CBD drinks or drops of potion in my coffee or whatever, I was able to sleep so well and mind able to relax so well. I would never sell something I didn't believe in.”

“But,” Csonka adds, “we're providing an experience. I'm not giving anyone a miracle cure or advice. We're just enhancing their experience; creating and environment to loosen up their anxiety or stress level.”

So what do CBD consumers look like? Based on a survey of 5,000 CBD users that Brightfield conducted this summer, millennials were the first to begin buying CBD products after various states legalised it. There's also a spike in users in their early thirties, but it drops off among people in their early 40s (the Gen X-ers) and then rises again among baby boomers, who are buying tinctures, creams and capsules to use for conditions associated with ageing like arthritis or chronic pain, Gomez said.

There's also a fairly even split between men and women consumers – although Gomez suggests it used to be that more women bought it.

Based on a survey of 5,000 CBD users that Brightfield conducted this summer, millennials were the first to begin buying CBD products after various states legalised it

But, buyer beware. Products containing CBD may be everywhere in the US but – with one very specific exception – if you purchase it in any form you’ll be breaking the law in every single one of its 50 states. How is that possible if recreational marijuana has been legalised in nine states, you ask? The problem lies in a conflict between federal and state law, and with how people view two very different types of cannabis plant: marijuana and hemp.

There are two main cannabis extracts that shoppers are after: THC, which is the psychoactive substance that gets you high, and CBD, which doesn't. Industrial hemp is defined as containing less than 0.3% THC but it can contain high levels of CBD. Marijuana, on the other hand, is usually cultivated precisely because of its THC content. In short, hemp is completely different to marijuana but this didn’t stop both species of cannabis from being classified as a schedule 1 drug in the US in the 1970s under federal law – the same as heroin and cocaine. And that designation remains to this day. 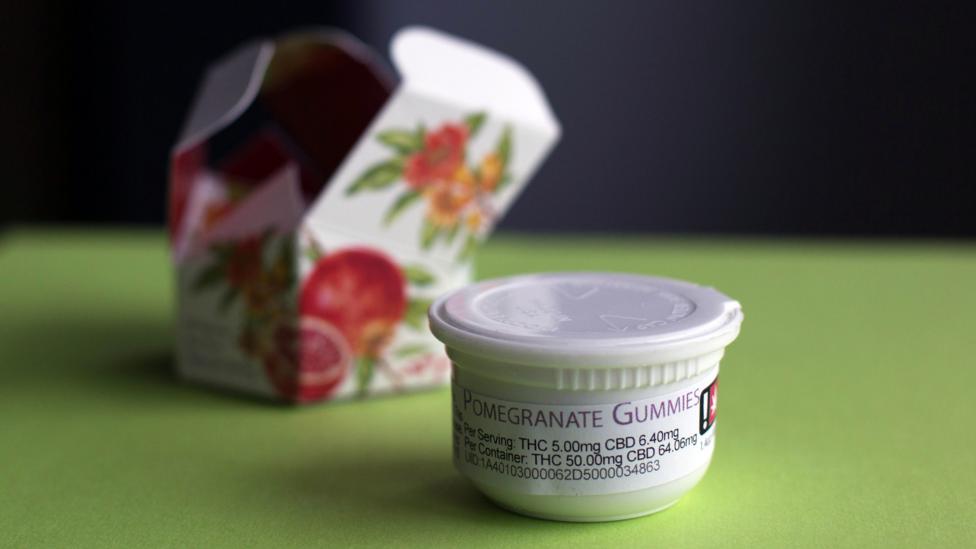 CBD and THC are different cannabis types of cannabis extracts, and can be found either separately or together. But they are both classified as schedule 1 drugs (Credit: Alamy)

In the states where it is legal, products containing THC must be cultivated, processed and sold only by state-licensed businesses. CBD, on the other hand, is available everywhere from supermarkets to petrol stations.

But CBD remains mired in a legal grey area – many retailers believe that as long as they comply with state regulations and don’t ship their products across state lines (which would constitute drug trafficking), then federal law enforcement like the Drug Enforcement Administration (DEA) will take a hands-off approach.

A spokesman for the DEA confirmed to BBC Capital that CBD in any form – including that derived from hemp plants – remains a schedule 1 drug and is illegal. The only exception, he said, was a drug called Epidiolex which contains 98% CBD and has been approved as a medicine for treating childhood epilepsy by the Food and Drug Administration. Manufactured by British firm GW Pharmaceuticals, Epidiolex is a schedule 5 drug – the same as over-the-counter cough medicine in the US. Meanwhile, according to the National Health Service, Epidiolex is not yet licensed in the UK but is currently going through the licensing system.

Csonka, the founder of Adriaen Block, for instance acknowledges that the DEA could raid his premises – “and they probably will at some point” – but he says he knows the state regulations and rules inside out and the CBD he uses has 0% THC content.

Because its legal status in America remains so unclear, potential investors in the CBD industry, while excited about the opportunity to make money, are also cautious.

Despite the fact the total US CBD market accounted for $367m in retail sales at a 39% growth rate last year, according to Hemp Business Journal, the industry remains volatile. Tilray, one producer of medical cannabis, saw its stock surge 30% one week in September, only to drop by 30% by the end of the week.

What could make or break the industry is whether federal law will change. Meanwhile, Forbes called the hype over cannabis stocks “ridiculous” and said that Apple was still a better investment than pot. 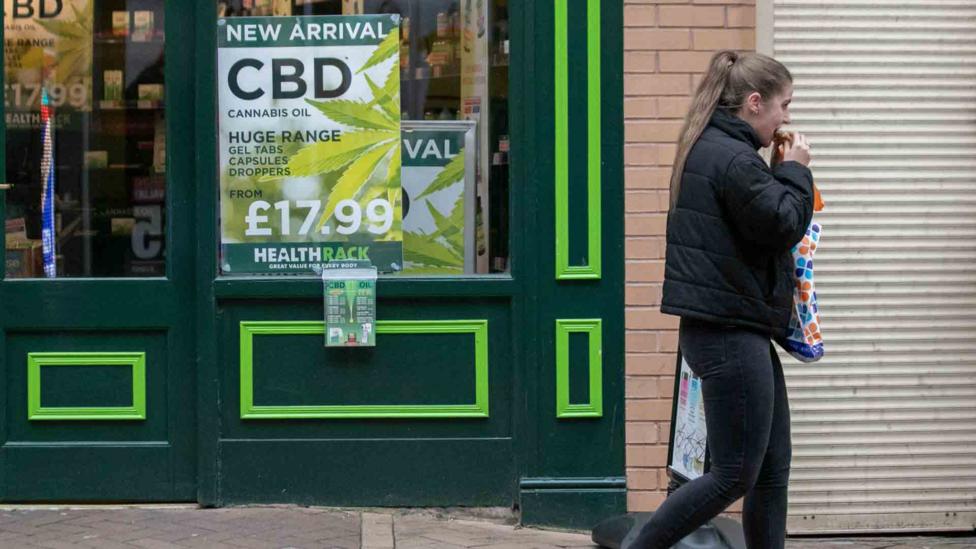 A CBD research group estimates a rise in popularity so dramatic that the cannabidiol industry will be worth $22bn by 2022 (Credit: Alamy)

The fate of CBD could in the end be decided by an unlikely politician: 76-year-old Kentucky Republican and Senate leader Mitch McConnell. Earlier this year, McConnell introduced a measure attached to the Senate’s Farm Bill, legislation that covers agriculture and food policy in the US. His ‘Hemp Farming Act’ would remove industrial hemp from the list of controlled substances under federal law. If passed, according to Bethany Gomez, "it would completely de-schedule hemp and all its derivatives – including CBD, making it 100% legal to be sold”.

So what about the science? For a wonder drug believed to help with chronic pain and depression, among numerous other conditions, presumably there has been some solid double-blind, placebo-controlled studies proving its effectiveness? Not so much. Science, it seems, has yet to catch up with CBD’s soaring popularity.

But that’s not to say it doesn’t show potential. Igor Grant, chair of the department of psychiatry and director of the centre for medicinal cannabis research at the University of California, San Diego, told BBC Capital there have been some promising clues to its future use in medicine.

There have been some reports – though mostly anecdotal – that suggest CBD might have anti-anxiety, anti-inflammatory and even anti-psychotic properties. And Grant says there have been a few small studies into its use as a treatment for schizophrenia that have yielded a few promising results – “something worthy of follow-up”, he says, although adding that the data are not at the level that says CBD definitively helps people with schizophrenia.

“CBD probably has anti-inflammatory actions [and may help with] inflammatory bowel diseases such as Crohn's disease or neurological conditions that have some inflammatory component,” he says.

Grant describe these as clues to its potential use and the directions in which the medical community is moving but, he cautions, the science is not established.

As for people touting CBD as a product to add to fruit drinks to make us feel better – so-called 'functional wellness beverages' – Grant says that this, like many claims made in the nutritional space, are not supported by data. “That doesn’t mean they’re wrong, but we just don’t know. I would say well, valium also helps with anxiety. Should we put a touch of that into Coca Cola and make people relax?”

First thing, he says, is to ensure state and federal law are in harmony. “Let's wait for the science to emerge. Then we'll actually know and we can advise the public.”