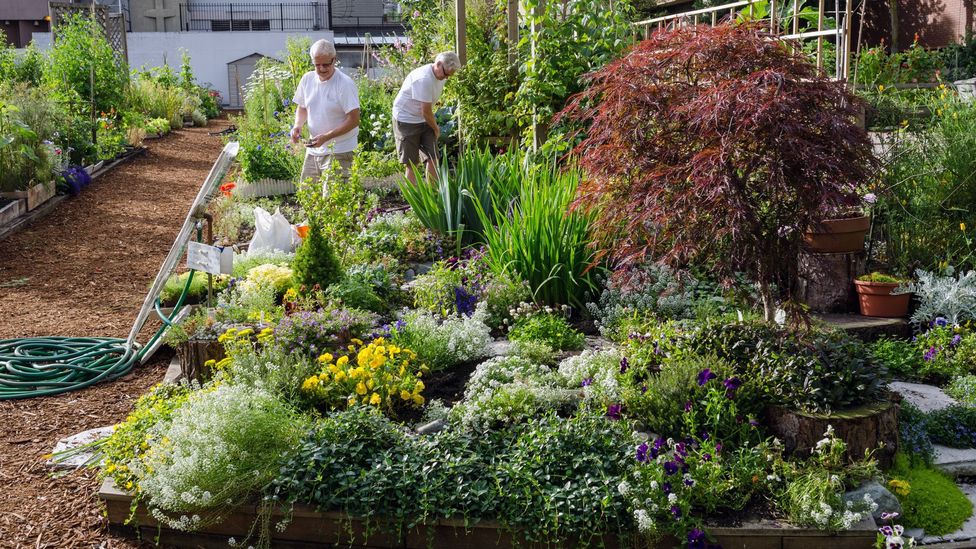 By Jamie Feldmar 10th December 2018
Many of the world's centenarians share one common hobby: gardening. Could you extend your life and drop your stress by taking up the pursuit, too?
D

Dan Buettner has studied five places around the world where residents are famed for their longevity: Okinawa in Japan, Nicoya in Costa Rica, Icaria in Greece, and Loma Linda in California and Sardinia in Italy.

People living in these so-called “blue zones” have certain factors in common – social support networks, daily exercise habits and a plant-based diet, for starters. But they share another unexpected commonality. In each community, people are gardening well into old age – their 80s, 90s and beyond.

Could nurturing your green thumb help you live to 100?

It is well-known that an outdoor lifestyle with moderate physical activity is linked to longer life, and gardening is an easy way to accomplish both. “If you garden, you’re getting some low-intensity physical activity most days, and you tend to work routinely,” says Buettner.

He says there is evidence that gardeners live longer and are less stressed. A variety of studies confirm this, pointing to both the physical and mental health benefits of gardening. 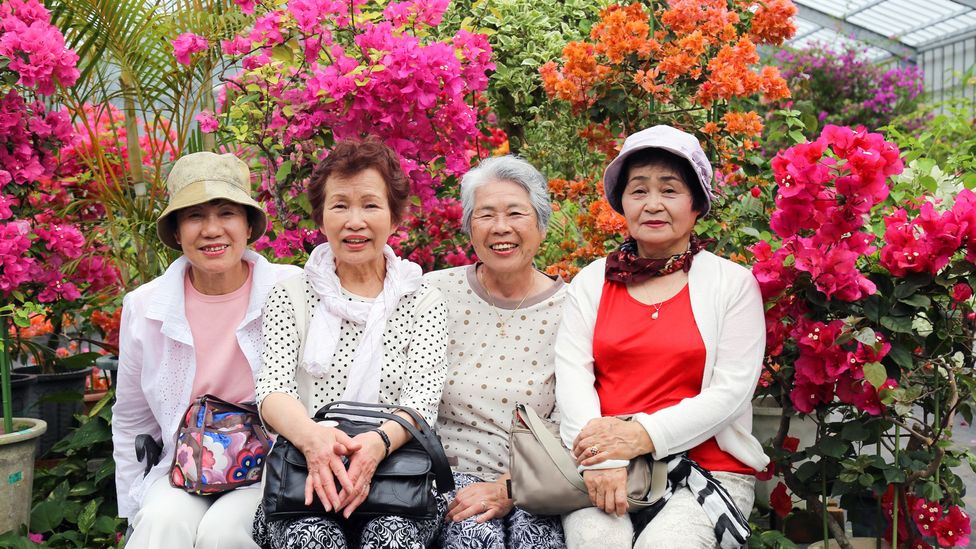 Okinawa in Japan has one of the world's higest concentration of centenarians (Credit: Getty Images)

In recent Dutch study, researchers asked participants to complete a stressful task, then split them into two groups. One group read indoors and the other gardened outdoors for 30 minutes. The group that read reported that their mood “further deteriorated”, while the gardeners not only had lower levels of the stress hormone cortisol afterwards, they also felt “fully restored” to a good mood.

Australian researchers following men and women in their 60s found that those who regularly gardened had a 36% lower risk of dementia than their non-gardening counterparts.

And preliminary studies among elderly people suffering from cognitive issues (such as dementia and Alzheimer’s) report benefits from garden settings and horticulture therapy. Sunlight and fresh air, for example, help agitated elders feel calmer, while the colours and textures of various plants and vegetables can improve visual and tactile ability.

There is no panacea for growing old but, the science suggests, gardening does appear to improve our quality of life as we age.

It’s not just about health effects, either: the social benefits of gardening can also increase longevity. Dr Bradley Willcox of the University of Hawaii studies centenarians in Okinawa, which has the world’s highest ratio of centenarians, at approximately 50 per 100,000 people. Many residents maintain small personal gardens well into old age. 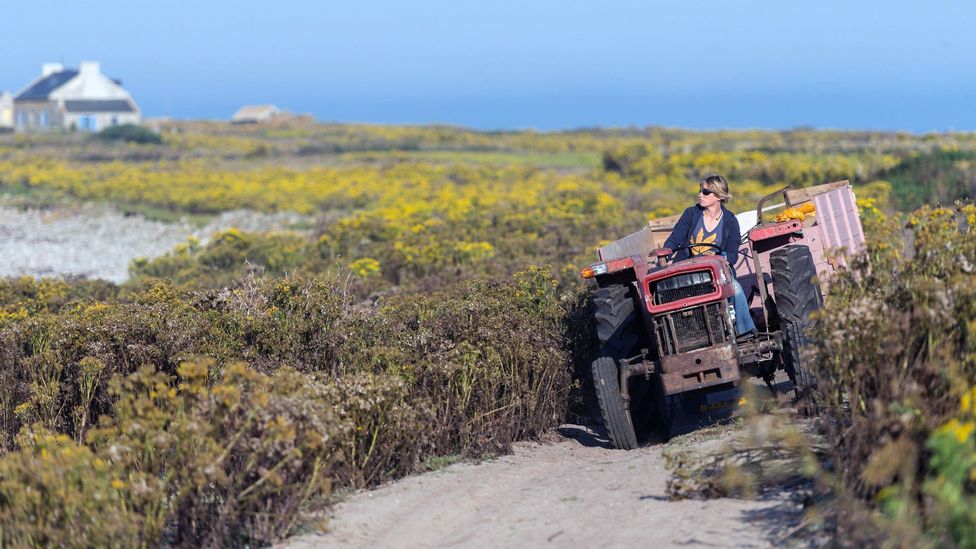 Some research, including studies conducted in France, have showed farmers are healthier than non-farmers (Credit: Alamy)

He says that gardening helps with other essential, if somewhat more ephemeral, factors in increasing longevity. “In Okinawa, they say that anybody who grows old healthfully needs an ikigai, or reason for living. Gardening gives you that something to get up for every day.”

On top of that, explains Willcox, Okinawans value the concept of yuimaru, or a high level of social connectedness. “Getting together at a local market, bringing your produce and sharing your latest creations from the garden is a big social activity,” he says. “That certainly helps people feel grounded and connected.”

Doctors in Scotland can now prescribe a walk in nature to treat a variety of ailments, including reducing blood pressure and anxiety, and to improve overall happiness

A sense of connection to other people is important, but so too is the individual connection to nature. One Harvard University study showed that people who were surrounded by lush greenery lived longer, with a lower chance of developing cancer or respiratory illnesses.

Doctors in Scotland can now prescribe a walk in nature to treat a variety of ailments, including reducing blood pressure and anxiety, and to improve overall happiness. Gardening – even on a small plot in an urban area – is a simple way to incorporate more nature into your daily life.

Finally, there is also a dietary component to longevity that gardening can help with. Researchers have demonstrated a link between the “Mediterranean diet” – rich in vegetables, fruits, whole grains, legumes, nuts, fish and olive oil – and slower aging.

Willcox says the fundamental principle of eating an abundance of fresh vegetables, ideally from local gardens and markets, is important to longevity, whether the diet is technically Mediterranean or not. In Okinawa, for example, most people grow vegetables such as bitter melon and sweet potatoes in their gardens.

“When you eat vegetables that you’ve grown yourself, it changes everything – they taste more delicious, and it really makes a difference in the health qualities (vitamins, minerals, phytoactive compounds etc.) of the food itself,” says Willcox. Buettner, the “blue zones” expert, recommends a diet of “90% plants, especially greens and beans”, and points out a simple truth: gardeners are more likely to plant what they want to eat.

Farming for a longer life?

If gardening is good, is farming even better? Many of the lifestyle factors associated with longevity – such as living in the country and getting lots of exercise – apply to farmers as well.

Some evidence suggests that farming is one of the healthiest occupations. One Australian study showed that farmers were a third less likely to suffer from a chronic illness, and 40% less likely to visit a GP than non-farm workers. Researchers from the US compared mortality rates among farmers against rates for the general population and found farmers less likely to die from cancer, heart diseases or diabetes. And studies in Sweden and France have also showed farmers are healthier than non-farmers.

Dr Masahiko Gemma of Waseda University in Tokyo studied self-employed farmers in the central province of Saitama, who were found to have a longer life expectancy that non-farmers and work later into life. Many of Gemma’s respondents were part-time farmers or retirees, and he describes many of their responsibilities as “similar to the work of maintaining a garden”.

Researchers from the US compared mortality rates among farmers against rates for the general population and found farmers less likely to die from cancer, heart diseases or diabetes

“Small family farms are common in Japanese agriculture,” says Gemma, explaining that his survey did not include farmers working for large-scale corporate operations. He found that self-employed farmers enjoyed statistically significant and positive changes in psychological and physical conditions before and after engaging in light farming activities. “Our guess is that farming work contributes to the maintenance of good health and spirits,” he says. 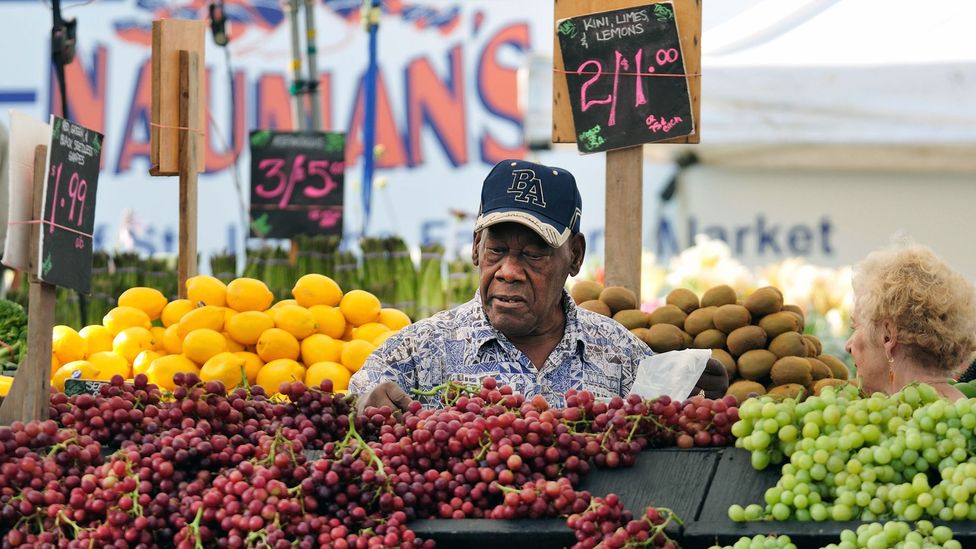 Although Gemma’s findings are heartening, not all farming resembles the traditional, low-tech Japanese model he describes. Agriculture is an industry in most of the Western world, and farmers can experience difficult or dangerous working conditions, high debt and increasingly automated processes.

“The reality of what agriculture is like, at least in America, is staring at a computer for as long as everyone else, running systems for broiler houses or hog containment facilities, or sitting in your air-conditioned combine watching videos while you go across monotonous GPS precision-guided fields,” says Thomas Forester, a New York-based food policy consultant to research organisations and UN agencies.

It’s difficult, then, to view farming as a magic bullet against aging.

Neither farming nor gardening will ultimately guarantee a longer lifespan. But some of the lifestyle factors associated with both – namely going outside, engaging in light physical activity and eating a healthy plant-based diet – just might.

In the end, it’s all about balance.

“I use the analogy of a chair,” says Willcox. “Diet, physical activity, mental engagement and social connection are the four legs. If you don’t have one of them, you fall out of balance, and it can shorten life expectancy. Longevity isn’t about one single factor – it’s about not working too hard to share a constellation of them all.”