Loading
Bright Sparks | Education
How can a distracted generation learn anything?
Share using EmailShare on TwitterShare on FacebookShare on LinkedinShare on Whatsapp 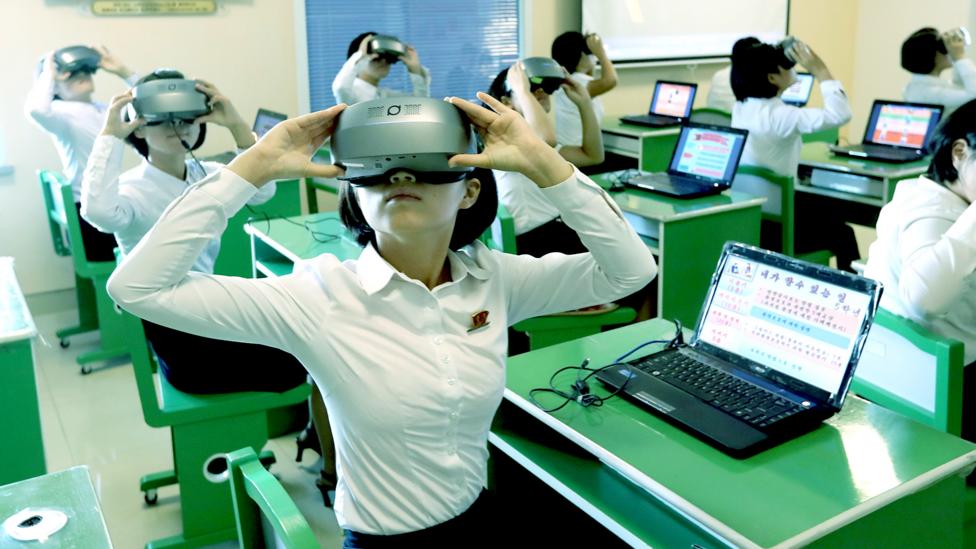 By Nicholas Mancall-Bitel 20th February 2019
If smartphones are harming our ability to focus, how should teachers change their methods to give children the skills they need?
T

Today’s students have a problem, and it’s not the one written on the board. They’re so accustomed to constant stimuli from smartphone apps and streaming platforms that they can’t concentrate in class.

Generations Z (ages 10-24) and Alpha (ages 0-9) were born into a world where algorithms keep them clicking, scrolling and swiping at a frenetic pace.

Now teachers have a problem too: how do you adapt the traditional curriculum to accommodate students raised by technology and is there a price for compromising on traditional education?

Early brain development is a complex topic, but over the last few years researchers around the world have raised concerns about the impact of smartphones and media multi-tasking on concentration.

“There is a growing body of evidence – that is, yes, not fully validated and can be argued against – but pretty clear evidence that technology, social media, immediate access to the internet and smartphones are hurting kids’ ability to focus,” says Dr Jim Taylor, author of Raising Generation Tech. “We are fundamentally changing the way kids think and the way their brains develop.” 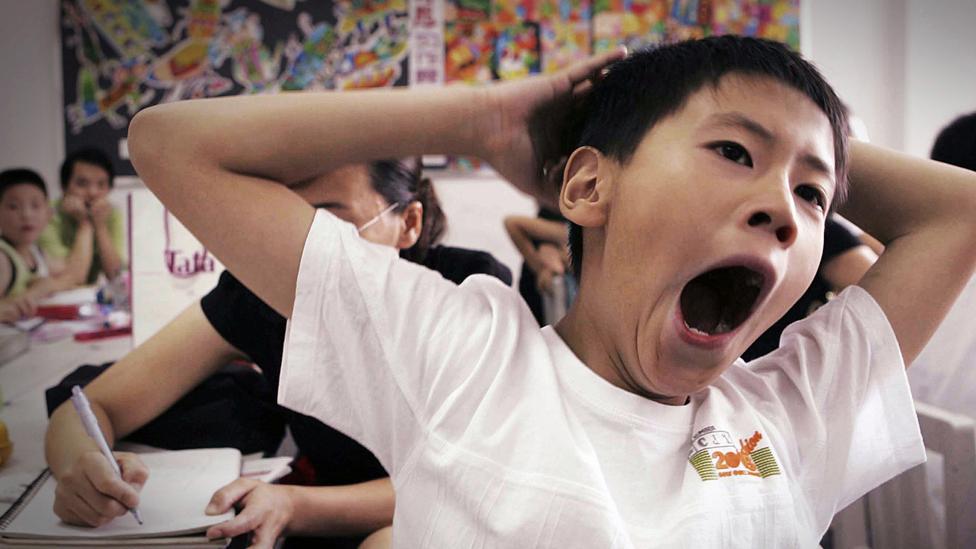 Attention in the classroom isn’t just a value in itself, but works as the gateway to higher forms of learning (Credit: Getty Images)

Teachers have noticed too. “It’s a problem! The average teen has the attention span of about 28 seconds to begin with,” says Laura Schad, who teaches seventh and eighth graders (ages 12-14) in Philadelphia, Pennsylvania. She says that while smartphones have clearly affected her students’ developing brains, training on how to tackle the issue is lacking: how education should evolve for digital-native students was not covered when she qualified in 2015.

Tech’s effects are clearest in the most traditional school task, reading, especially as kids migrate from text-based digital media to image-heavy apps like Instagram and Snapchat.

“Students, now, seem to find it particularly exhausting to read complex or long text without regular breaks. In the past, students seemed to be accustomed to attending to a text for a longer period of time,” says Erica Swift, sixth-grade teacher at Herman Leimbach Elementary in Sacramento, California, not far from Silicon Valley. “You see their lack of stamina in them asking for breaks, talking to others instead of working, and even some just giving up on longer reading tasks.”

Transposing the text to a device doesn’t help, indicating the problem runs deeper than preferences for screens over print.

The classroom of the future

When students can’t seem to pay attention to long lectures, many teachers simply hack lessons into smaller chunks. Gail Desler, the tech integration specialist for Elk Grove school district, where Swift’s school is located, says: “A common thread among teachers is that short is good.”

Desler also points to teachers who begin classes with mindfulness exercises or deploy meditation when students need to concentrate. One high school teacher in Salinas, California, uses the Calm app to help students meditate, but a 2013 study indicated any sort of “tech breaks” could counteract anxious urges to multitask. 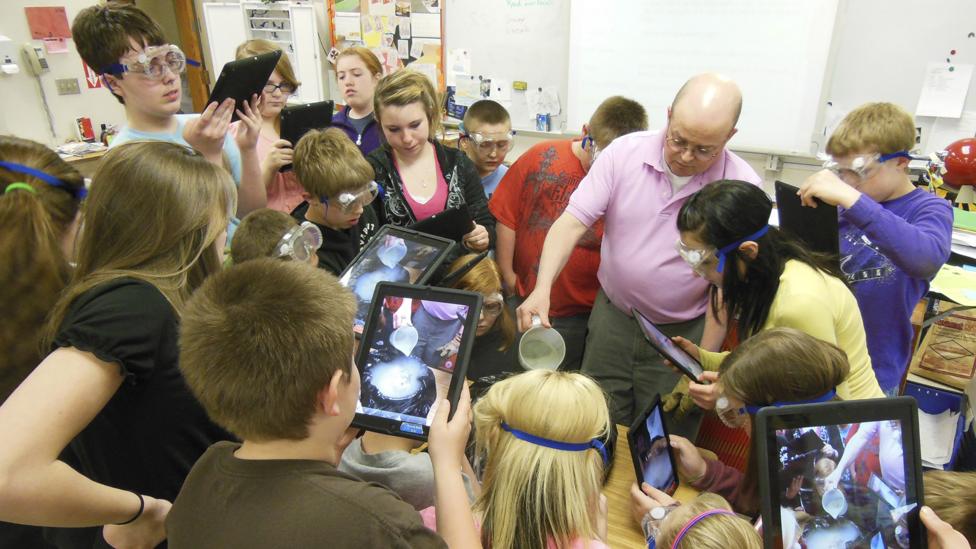 Some teachers also choose to “meet kids where they are” on platforms like YouTube and Instagram. Asha Choksi, vice-president of global research and insights at educational publisher Pearson, gives the example of a teacher who films himself performing a science experiment, posts it to YouTube and then uses the video in class to illustrate material in the textbook, which can seem boring to students. Similarly, Schad keeps students on task through Instagram, reminding them about homework and upcoming field trips.

These platforms especially extend attention when they reflect students’ interests. Desler praises teachers who do things like tie the history of Nazi propaganda to cyberbullying. “It’s about infusing relevant information into mandated curriculum in ways the students see themselves,” she says. “If you connect it to things happening here and now, then it enters their world and engages them.”

Meanwhile, specialised learning platforms like Flipgrid, which allows students to share videos of themselves giving presentations, help teachers engage students in their native media. A 2018 study from Pearson found that Gen Z students eschewed physical books, preferring video as a source of information second only to teachers. By meeting kids where they already engage and create, teachers can better capture attention.

Some school districts have standardised digital migration to platforms like Google Classroom, which allows students and parents to monitor grades and upcoming assignments, tracking performance to better understand where students are falling behind.

Technology can even help mend the damage it does to reading skills. Schad says at her school in Philadelphia, teachers use computers to target struggling students. The school’s preferred reading platform, Lexia, uses gamification to motivate participation. The programme also automatically splits up students based on performance, moving successful students to more advanced tasks offline while keeping struggling students engaged with digital exercises until they fully internalise the lesson. This targeted approach helps bridge the gap between students impacted to varying degrees by technology.

The US is a global leader in education technology, with edtech companies raising $1.45bn (£1.1bn) in 2018. But firms like Flipgrid and Lexia will increasingly face competition from abroad. The edtech industry in East Asia is booming, especially as US platforms like Knewton expand overseas, tapping into growing global interest in adapting classrooms to digital native students. 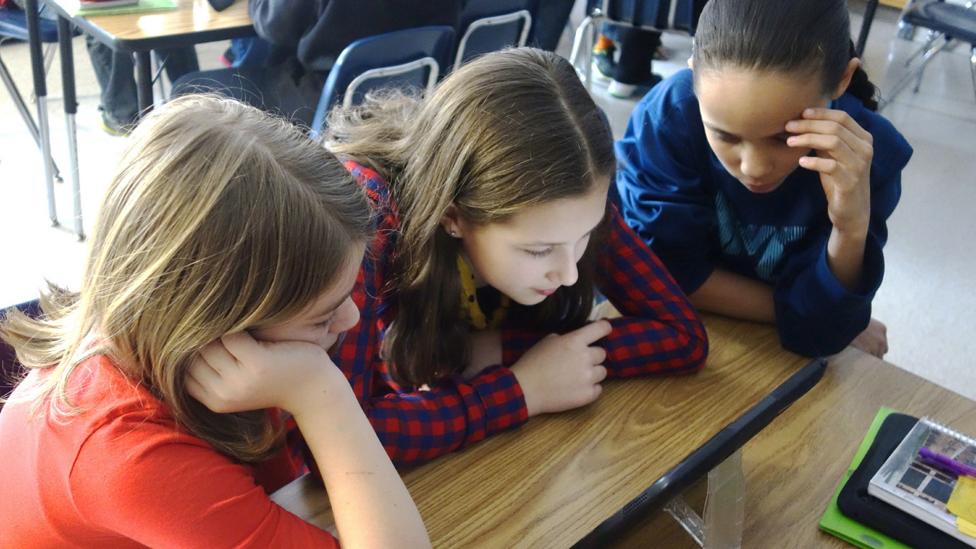 Still, while some educators are embracing technology in the classroom, multiple studies have shown more traditional classrooms can be more successful. A 2015 study by the London School of Economics showed GCSE test scores improved when schools in Birmingham, London, Leicester and Manchester banned phones from class. Neuroscience professor William Klemm, author of The Learning Skills Cycle, points to a 2014 study that found taking notes in longhand helped students retain information better than using a laptop.

Klemm also points out the dangers of chopping up lessons into small chunks, suggesting switching between small lessons too quickly could rob students of valuable comprehension. He says students need time to engage with a topic once the teacher introduces it before moving on.

Even many tech-forward educators find value in traditional methods and suggest a “blended learning” approach. “I've seen a lot of discussion among academics in recent years about whether the lecture format is a relic and should go the way of the dinosaurs,” says Katie Davis, associate professor in the University of Washington Information School. “I guess it comes down to whether you believe there are valuable skills involved in following a complex argument that is presented linearly in real-time.”

While Davis admits new media could provide valuable skills, she still believes lectures have their place.

Educators across the tech spectrum agree the teacher’s authority remains sacrosanct. Elizabeth Hoover, chief technology officer of public schools in Alexandria City, Virginia, works to enhance education in her district through technology, but she says she would never replace direct instruction from teachers.

“The face-to-face interaction with the teacher is still the most important component in the classroom,” she says, favouring technology only when it enhances a lesson in ways impossible offline.

Schad also points out that many teachers rely on technology only because they don’t have sufficient resources offline. Programmes like Lexia wouldn’t be necessary if schools provided more funding for aides, who could free up teachers to concentrate on struggling students. 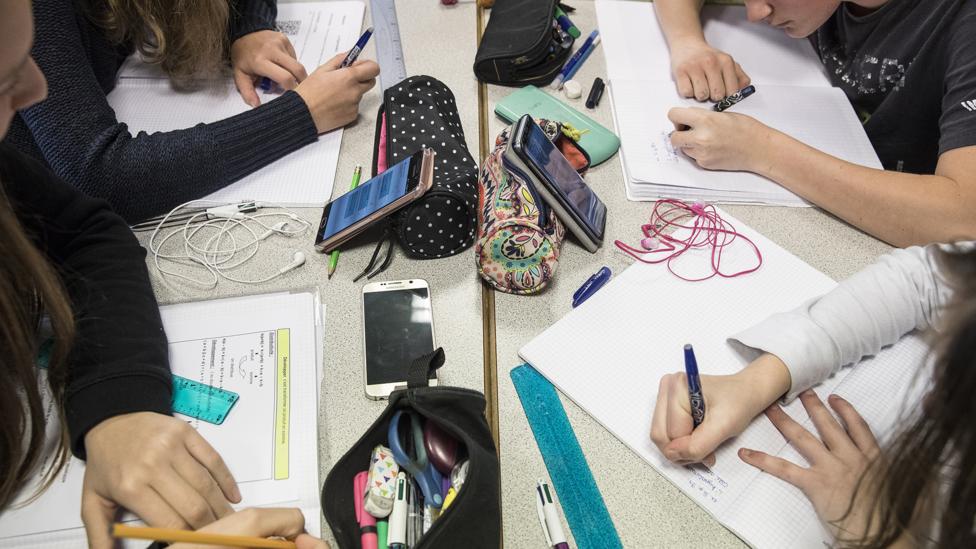 Some teachers film their lessons to post on YouTube, engaging students on platforms they already use (Credit: Getty Images)

Philadelphia teacher Sophia Date, who teaches 12th grade social studies, also questions the impulse to fund tech over more teachers. “There is a huge push for technology in the classroom, but at times I think that it is done in the place of larger, more necessary reforms. Grant organisations are happy to give money for a set of tablets or laptops, but not willing to provide a salary for a teacher for a year,” she says.

Date clarifies that equitable access to technology remains crucial to help close the gap for low-income students, but it cannot replace systemic change.

While technology undermines some aspects of education, it has also empowered students in unforeseen ways. “There is this view that young people are a bit apathetic, a little bit lazy, distracted by technology,” says Choksi of Pearson. “We actually really underestimate the role technology is playing in children’s education right now and the power it gives them over the way they learn.”

For instance, students impatient for educators to address questions are increasingly willing to seek answers for themselves. “They might be in algebra and go to YouTube to figure out how to solve a problem before going to a teacher or consulting a textbook,” Choksi says.

Taylor points out that as information becomes ubiquitous, success is no longer about knowing the most. Instead, it’s the ability to think critically and creatively, ironically the very skills that digital media undermines by lowering attention spans.

Digital natives will continue to voraciously adopt new media. Teachers have no choice but to evolve, not only to ensure students can access and take advantage of new technologies, but to fundamentally educate students to succeed in a world constantly trying to distract them.