Why airlines are cracking down on "skiplagging" — the hack that savvy travellers use to fly for less.

There’s a sneaky travel hack out there, right under your nose – but you may not even know it exists. It could save you big money on airfare.

And airlines are doing everything they can to stamp it out once and for all.

It’s called “skiplagging”, and here’s how it works: Say if someone wants to fly from Boston to Houston, but the airfare is too high. So they buy a ticket from Boston to Las Vegas with a layover in Houston, because it is cheaper than the direct Boston-to-Houston fare. The passenger disembarks at Houston, leaving an unused portion of the ticket. So they never actually finish the entire journey they booked – but they’ve saved money doing so.

The practice made headlines earlier this month. German airline Lufthansa sued a passenger who saved money by skipping a leg of a round-trip ticket.

Airlines hate it when passengers game the system. Despite the fact that such lawsuits have failed in the past, Lufthansa is suing for more than $2,000. But while airlines try to stem the tide of passengers getting cheaper fares by using “hidden-city” ticketing, few airline analysts have much sympathy.

“Hidden-city ticketing is a problem of the airlines’ own making,” says Henry Harteveldt, founder of travel advisory firm Atmosphere Research. 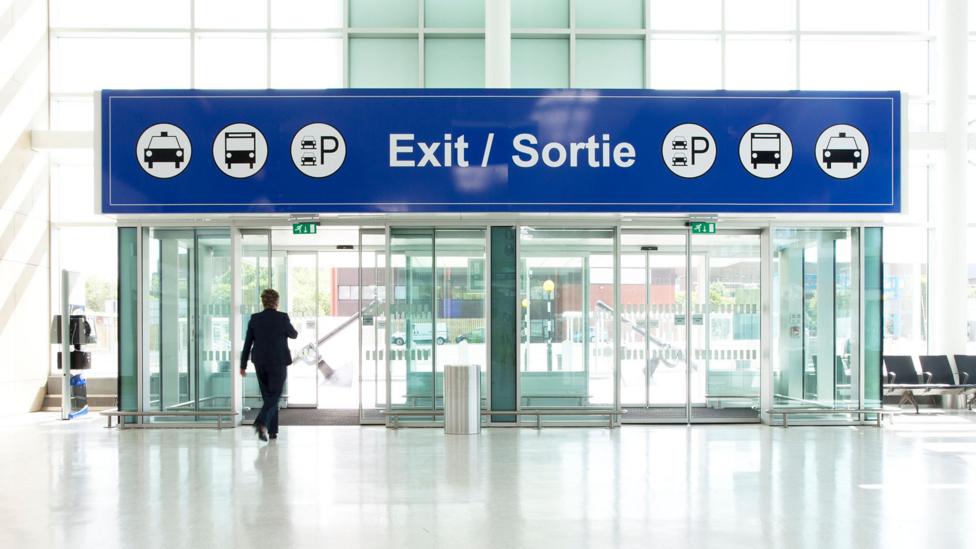 "Skiplagging" involves exiting the airport at your transfer city (your true destination) rather than continuing on to the ticketed destination (Credit: Alamy Stock Photo)

“I fully understand, as an airline analyst and business person, why airlines extract as much as they can where they have leverage. That is what business is all about,” says Harteveldt. “But when an airline puts out stupid airline pricing and the fare into a hub [airport] is nonsensically high, it is almost like airlines invite hidden-city booking.”

It’s about where, not how far

At issue, says Harteveldt, is the logic underpinning airline pricing, which can appear incomprehensible to customers.

“If airline A has a low-fare competitor, they will match; if not, they charge a premium. It all depends on the competition, and that is why airlines strategically lower fares in some markets and not others. In my discussions with airlines, they say they don’t want to lose market share and will take a calculated risk.”

Peter Belobaba, principal research scientist at the MIT International Center for Air Transportation, says this kind of pricing is found all over the world.

“Take Boston to Las Vegas, a leisure market which is more price sensitive. Boston-Houston is a business market, which means higher fares. They are very different markets when it comes to both competition and sensitivity to pricing. From an economic point of view, it makes perfect sense to charge lower fares in the Boston-Las Vegas market even though it is further than Houston in miles, especially if the competition is charging $199 for a non-stop flight,” he says. 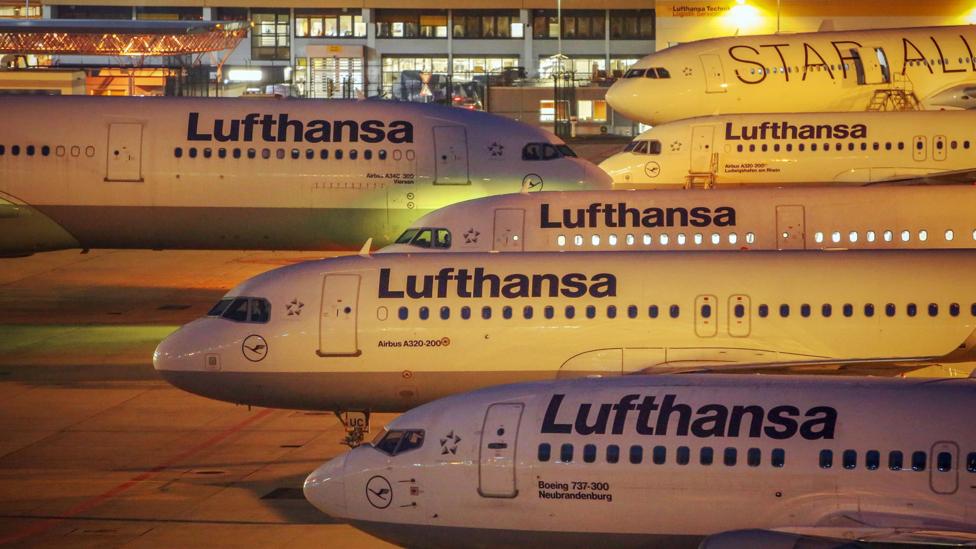 Tony Webber, CEO of aviation research company Air Intelligence and former Qantas chief economist, says lawsuits like the one filed by Lufthansa are a scare tactic.

Webber explained the impact on revenues saying skiplagging means airlines cannot maximise revenues because, had they sold the seat directly, they would have probably received a higher fare. So, hidden-city ticketing lowers the yield they receive from each seat and complicates what is already a small-margin business.

But, Harteveldt argues, airlines overbook because they know some won’t show up so it is unlikely the seat will fly empty.

Yet frequent flyers buffeted by airline fees, poor service, delays and cancellations tend not to care much about the airlines’ troubles.

Skiplaggers are generally the savviest travelers and often the airlines’ best customers. Indeed, about the only way to find out how many people are skiplagging is to ask Skiplagged, the website invented to help fliers exploit hidden-city tickets.

Founder Aktarer Zaman isn’t talking, however, and did not respond to numerous BBC queries. But he appears to have plenty of supporters: when United tried and failed to sue him in 2015, crowdfunding yielded over $80,000 (£61,000) for his defence.

So, are passengers gaming a system stacked against them? After all, the airline offered the seat at a given price and received that price. The New York Times’ Ethicist column saw no problem with skiplagging. Commenters agreed, with one concluding making a purchase does not oblige you to use it. Indeed, writing for the Times, Nate Silver cited airline monopoly power as part of the problem.

In fact, the contracts of carriage, that lopsided-in-the-airlines’-favour contract outlining the contract between airline and passenger when they buy a ticket, often prohibit hidden-city ticketing and promise a raft of measures if passengers are suspected of violations. It is understandable passengers dislike contracts of carriage since airlines use them as an excuse not to provide services when things go wrong. 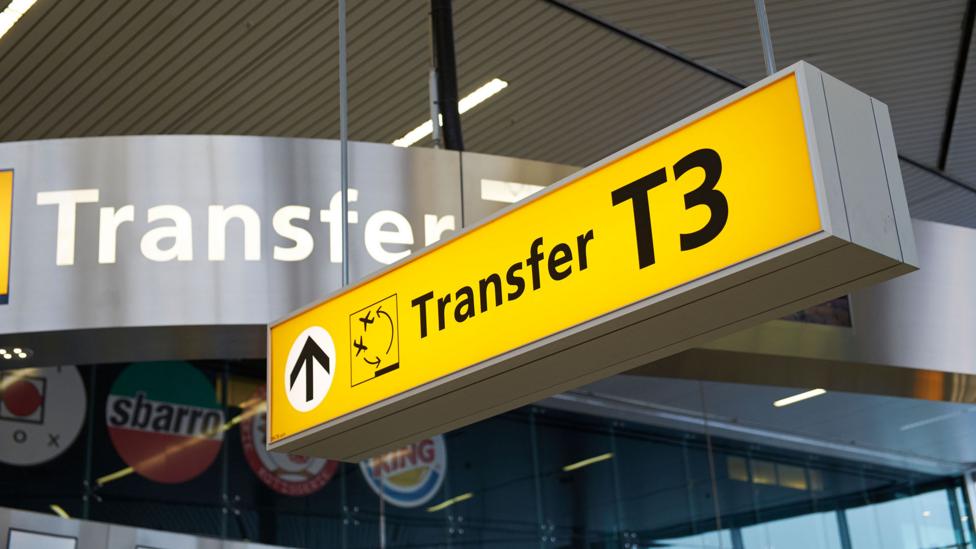 As the recent lawsuit shows, the practice can be risky for the passenger. If you try to skiplag, you might get found out, even stopped at the airport.

“It does take effort and time to do this,” says Harteveldt. “Booking unusual itineraries could raise red flags, and someone could flag and monitor you while you fly. At some point you may get a letter, or corporate security meeting you at the gate. The airlines’ intention is to intimidate and recover what they perceive to be lost revenue.”

Webber, however, thinks hidden-city tickets are almost impossible to track. But with the adoption of new technology, that will not stay that way for long. Airlines already have a lot of information they can cull from frequent flier records. Indeed, airlines have met passengers at their arriving flight and escorted them on to their next segment.

Getting caught, Harteveldt adds, may mean having to buy a last-minute ticket that costs more than the amount you were trying to save. Travel agencies could lose the ability to ticket on an airline if they book hidden-city fares. Plus, airlines could share the names of hidden-city flyers with their partners or ban the passenger, he adds.

Benét Wilson, a writer who covers travel and credit card rewards for online loan marketplace LendingTree, says it is a case of doing it at your own peril. “I do understand how travelers feel about airline pricing and the fact it looks as if they are trying to rip them off. But it really depends on where you live. If you live at a hub, prices are higher. It’s called capitalism. I also understand the temptation to balance that, but you need to realise you can be sued, you can lose all your frequent flier miles, which has happened. They could cancel your membership.”

And she sums up her opinion of the issue succinctly. “Don’t hate the player,” she says. “Hate the game.”