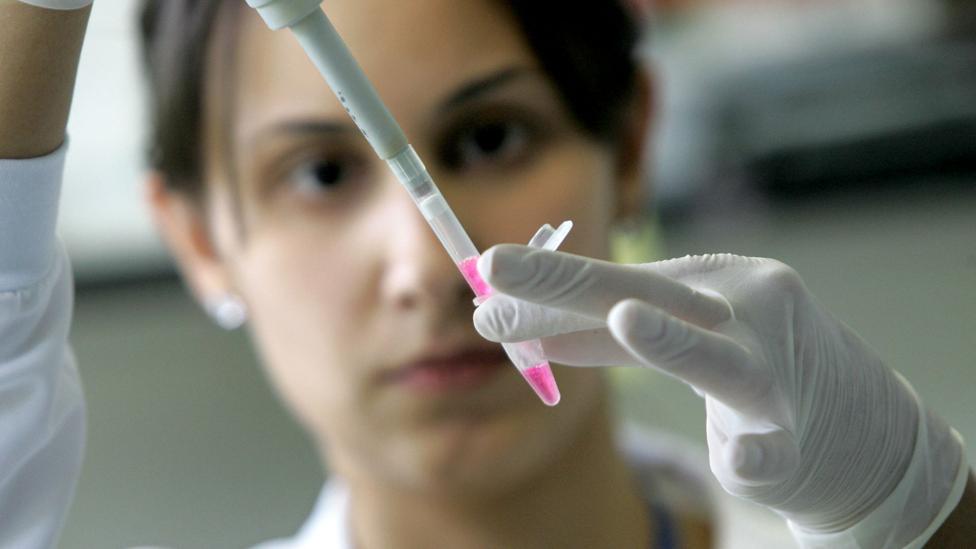 If you’ve sent off your DNA to an ancestry or health-screening company, do you know how the data is being used – and should you worry?
T

This story is from Who’s monetising your DNA?, an episode of Business Daily on BBC World Service. It was presented by Manuela Saragosa and produced by Laurence Knight. To listen to more episodes of Business Daily, please click here. Adapted by Philippa Fogarty.

If you’ve ever sent off your DNA to an ancestry or health-screening company for analysis, chances are your DNA data will be shared with third parties for medical research or even for solving crime, unless you’ve specifically asked the company not to do so.

The point was brought home in late January when it emerged that genetic genealogy company FamilyTreeDNA was working with the FBI to test DNA samples provided by law enforcement to help identify perpetrators of violent crime. Another DNA testing company, 23andMe, has signed a $300m deal with pharmaceuticals giant GSK to help it develop new drugs.

But are customers aware that third parties may have access to their DNA data for medical research? And do these kinds of tie-ups bring benefits – or should we be concerned?

23andMe is a California-based company that analyses customers’ DNA and provides them with reports on ancestry and health. It says it has more than five million customers, more than 80% of whom have agreed to participate in its research, creating a huge store of genetic data.

In a blog post when the deal with GSK was announced last year, CEO Anne Wojcicki said she believed combining 23andMe’s genetic research with GSK’s drug development expertise would accelerate the development of scientific breakthroughs.

So with this deal, has the company changed its focus to monetising its genetic database? 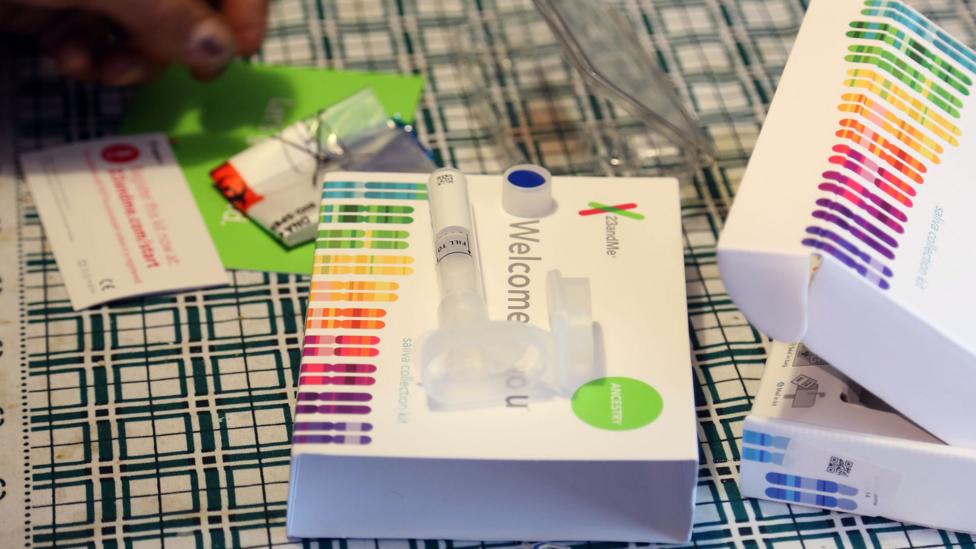 “I would really say not,” says Kathy Hibbs, 23andMe’s chief legal and regulatory officer. “The way we look at our business is as a virtuous circle. We have consumers who are interested and motivated around their own health – how our genetics might influence our risks for certain conditions.”

The concept, she says, is to make discoveries that give customers more information they can use to inform their health decisions.

She rejects the idea that customers don’t understand whether they are agreeing to share their data, pointing to a “very explicit” three-part consent document that asks whether customers want to consent to research, and whether they consent to this research being shared with third parties. The key thing, she says, is that their research relies on people answering survey questions. “Their genetic information, if they don’t provide the survey information… is really not interesting to us. So not only do they knowingly consent, they have to affirmatively participate in these studies.”

Hibbs says the partnership with GSK will allow a far wider pool of researchers to study the data they have. Her company can also work with academics and public institutions if there is no conflict of interest with GSK, she adds.

Of course, there are plenty of countries that are developing public DNA databases as opposed to the private ones owned by companies like 23andMe. In the UK it’s being done by Genomics England, established by the government’s Department of Health and Social Care.

It runs the 100,000 Genomes Project, which aims to sequence genomes from patients with a rare disease and their families, as well as patients with cancer. All the patients are with the NHS public health service and the focus is on improving treatment rather than developing profitable new drugs.

“We found a change in her DNA which altered her immune system. This allowed us to select the bone marrow transplant which has cured her of her condition,” he says. “This is not only a transformation for the individual but it’s also a huge saver of funds for the NHS, because she was recurrently being admitted and having intensive care.”

He says that genomics can help build up a much more detailed picture of a person’s life course – something which may help scientists begin to identify who is at risk of disease. 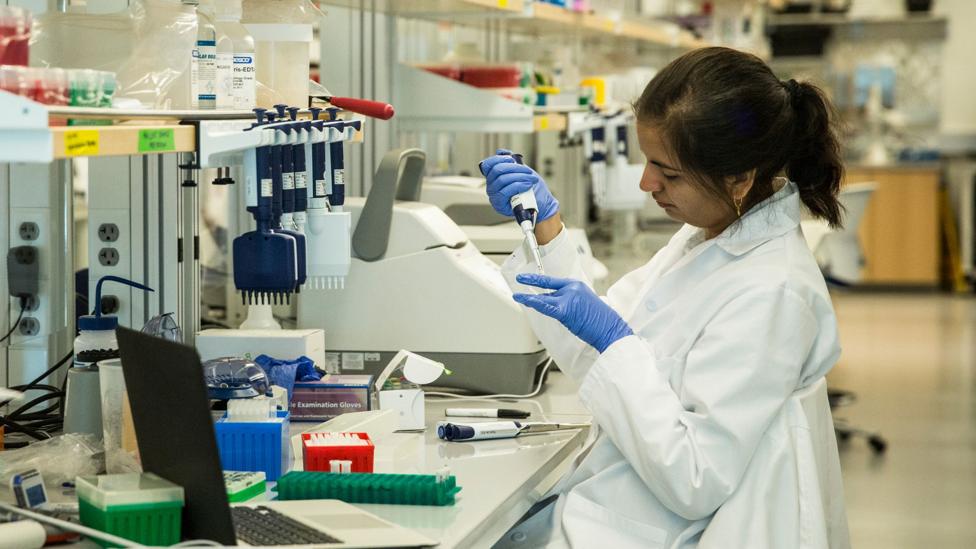 Governments around the world are developing their own DNA databases – but can struggle to keep up with the scale of those provided by the private sector (Credit: Getty Images)

Everyone in the database joins under the basis of informed consent, involving written materials and a consultation with a healthcare professional, and the organisation does work with other nations and private companies, something Caulfield points out has benefits.

Where patients are suffering from very rare diseases, getting an answer may hinge on sharing data with other nations, he says. Interacting with private firms who are developing drugs, meanwhile, can help make a hugely expensive process cheaper.

“Many of us possess the risk of an adverse reaction because of our genetic make-up. And because 80% of medicines fail in development, actually using the genome to try to get safer medicines first time could reduce the cost of those medicines when they come forward into the health system.”

He highlights the key role identifying the gene behind familial high cholesterol, a condition causing heart disease at an early age, played in developing the drug to treat it.

“[Drug company] Amgen estimate that the work in genomics shortened the development of that medicine and its entry to patient-benefiting trials by three years. If I could bring something live that would avoid death or harm to somebody much faster through this public-industry partnership, then I think that is a greater good for society.”

Why diversity is needed

It’s worth noting that the 100,000 Genomes Project has sequenced exactly that – 100,000 genomes. It’s a fraction of the information held by 23andMe’s database. The fact that private companies dominate DNA databases worries Kayte Spector-Bagdady, assistant professor at the University of Michigan’s medical school.

“There’s potential for data monopolies and also private industry acting in ways that might exclude public data banks,” she says. She cites the example of Myriad Genomics, which obtained a patent on two genes associated with an increased risk of breast and ovarian cancer. That meant it could monopolise testing, something opponents argued stifled research and blocked development of cheaper tests. 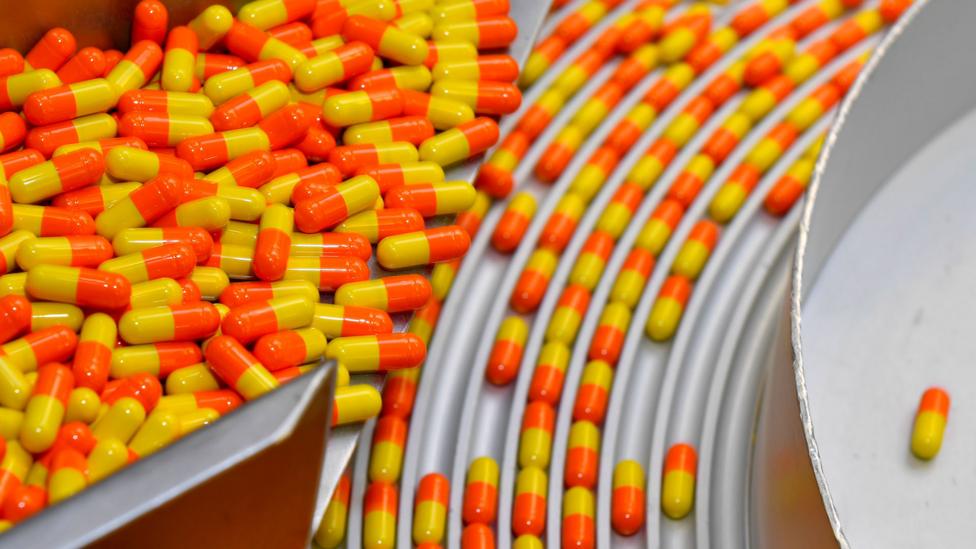 Developing a new drug can cost more than $1 billion, but working with DNA databases can reduce costs (Credit: Getty Images)

In 2013, the US Supreme Court declared the patent invalid. But because they’d had a monopoly for so long, Myriad still had the best data set. Now, says Spector-Bagdady, third parties are working together to “compete with the gigantic Myriad data set”.

Consent issues aside, her biggest worry is that the way the data is collected means segments of society are not represented.

She believes creating more diverse public databases accessible to researchers, like the All of Us research programme initiated by the Obama administration, would serve society better.

“The challenge is that they only have about 150,000 people so far and they have been doing it for years,” she says. Part of the problem is that public programmes have to meet stringent federal requirements around consent, making it costlier and more time-consuming to recruit participants.

23andMe says that although percentage-wise its customer base tends to be more European, on a pure numbers basis it has some of the largest cohorts of traditionally under-represented research populations including African-Americans, Latinos and others. It also participates, it says, in projects targeting gaps in the genetic records.

The direct-to-consumer genetic testing market is flourishing, KPMG noted in a report last year. That being the case, the debate around issues of privacy, consent, diversity and benefit can only deepen as more of us choose to find out our deepest biological secrets.