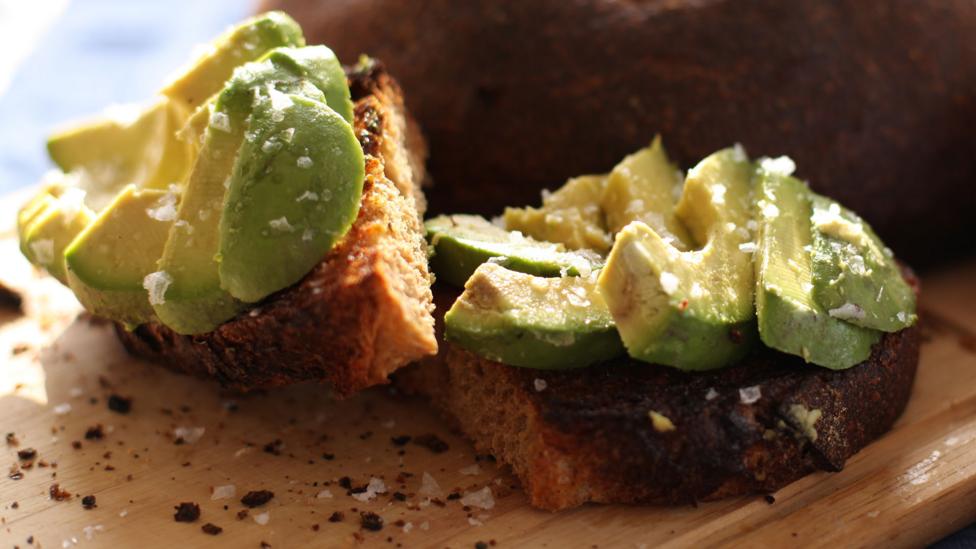 Some foods get more buzz than others, bringing in billions of dollars and shaping our daily diets. But why chia seeds and quinoa and not apples and oranges?
T

If foods were celebrities, these would be just a handful of the treats that have received the red-carpet treatment in the last few years.

But why do some fruits and vegetables become the A-listers of the food industry – highly desired produce with the ability to jump-start profits and shape the daily eating habits of billions?

Why is that kale and avocado have seen such a meteoric rise in popularity and sit centre stage basking happily in the spotlight while the humble carrot or poor old turnip remain firmly on the Z-list?

The answer is complicated and complex.

How avocados conquered the world

Let’s start with the avocado – a millennial darling that’s often found these days spread on toast at bistros for a bloated price. So famous is the avocado and so strong is its pull on hungry millennials, it’s hard to find a company that isn’t trying to cash in on the soft green fruit’s star power.

Take UK company Virgin Trains, which started a marketing campaign last year it dubbed “#Avocard”. After the company sold out of new railcards, it decided to give customers aged between 26 and 30 who showed up at a station holding an avocado a discount on train tickets. (Millennial response was mixed, with some finding the promotion patronising.) 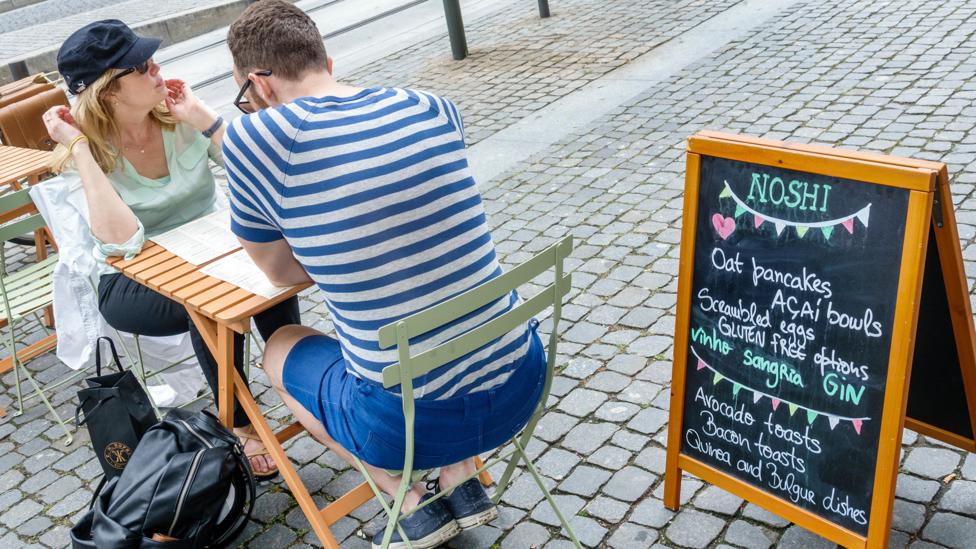 A café whose menu sports many famous foods, including açaí, quinoa and of course, avocados (Credit: Alamy Stock Photo)

There’s no denying that millennials do eat lots of avocados, though.

Humans have been eating them for thousands of years, but young people in their 20s and 30s have recently sent demand skyrocketing. According to the International Trade Centre, global avocado imports hit $4.82 billion in 2016, with imports growing by 21% between 2012 and 2016. One London plastic surgeon said in 2017 that he’d treated so many patients who’d cut themselves slicing the fruit, his staff started calling the injury “avocado hand”. Pricy avocado toast has even been called a cash-sucking frivolity and the reason why so many millennials can’t afford homes.

There are lots of factors that fuel a food’s favourability among consumers: preened and pretty Instagram pictures of the dish, for example, or adverts funded by organisations that back certain food economies.

Long, exotic histories also generate an allure around certain foods, especially in regions far from the food’s origin. Jessica Loyer, a researcher in food values at the University of Adelaide in South Australia, points to examples like “superfoods” acai berries and chia seeds.

“A lot of these foods may have a history of being eaten in [the developing world],” she says. “Overall, the people I have met – the experience has been positive: they are quite happy to be taking the money.” 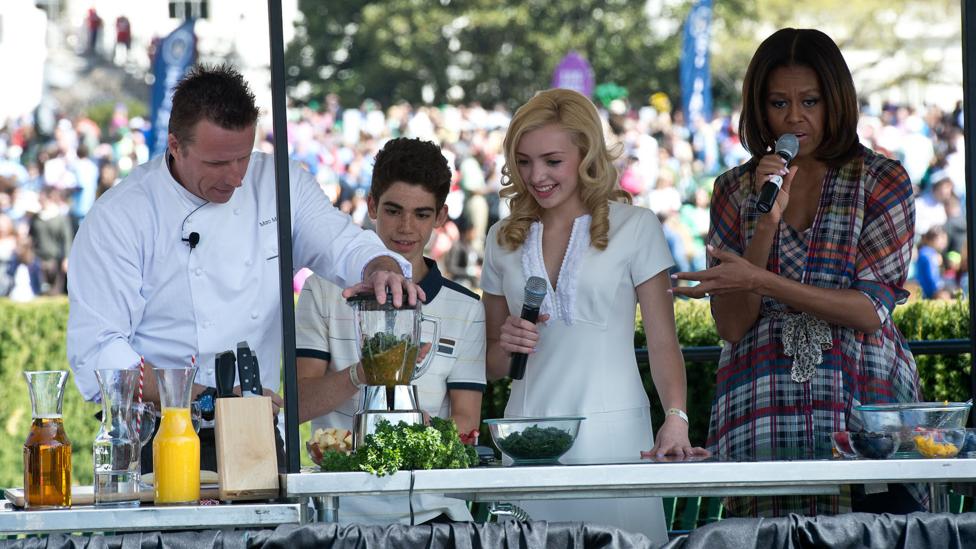 Former US First Lady Michelle Obama demonstrating how to make a kale smoothie at a White House Easter event in 2014 (Credit: Getty Images)

She says one example is Peru’s maca root, which is ground into a powdered supplement and is known for high quantities of vitamins, minerals, and fertility- and energy-boosting properties. A community in the central Andes adores the gnarled, spindly root so much it has a 5-metre-tall statue of it in the town square, Loyer says.

But she also flags some problems that can arise when a food hits the big time, especially if it is from a developing nation and the trend is taking off in developed ones.

“It has good and bad points,” she says. “Of course, the benefits are not evenly distributed, but it will create jobs. Of course, that means there are opportunities for exploitation in those regions, as well, and exploitation of land rights of marginalised people… [and] it certainly has consequences for biodiversity.”

Xavier Equihua is CEO of the World Avocado Organization based in Washington, DC. Its goal is to drive consumption of avocados in Europe. He says that a food like avocado is an easy sell: it’s delicious and nutritious, after all, and a rather meaty substitute for vegetarians and vegans. But celebrities blasting photos on social media helps, too.

People in China, where avocados are also taking off in popularity, see “Kim Kardashian and her Instagram, that she put an avocado mask on her hair. They see Miley Cyrus tattooed an avocado on her arm.”

And why kale is king

If avocado is an A-list fruit, then its vegetable equivalent has got to be kale.

The dark leafy green has built an image of the ultimate dietary staple for healthy, responsible, conscientious adults everywhere, whether it’s throwing the roughage in a cholesterol-lowering salad or blending it in an antioxidant-brimming smoothie. The number of kale farms in the US doubled between 2007 and 2012, and Beyoncé wore a sweatshirt in a 2015 music video with “KALE” emblazoned on it.

How did kale become cool?

Vermont-based T-shirt-maker Robert Muller-Moore says he saw the trend coming from miles away and has sold “eat more kale” T-shirts across the globe over the last 15 years. He estimates having given away over 100,000 bumper stickers singing kale’s graces. 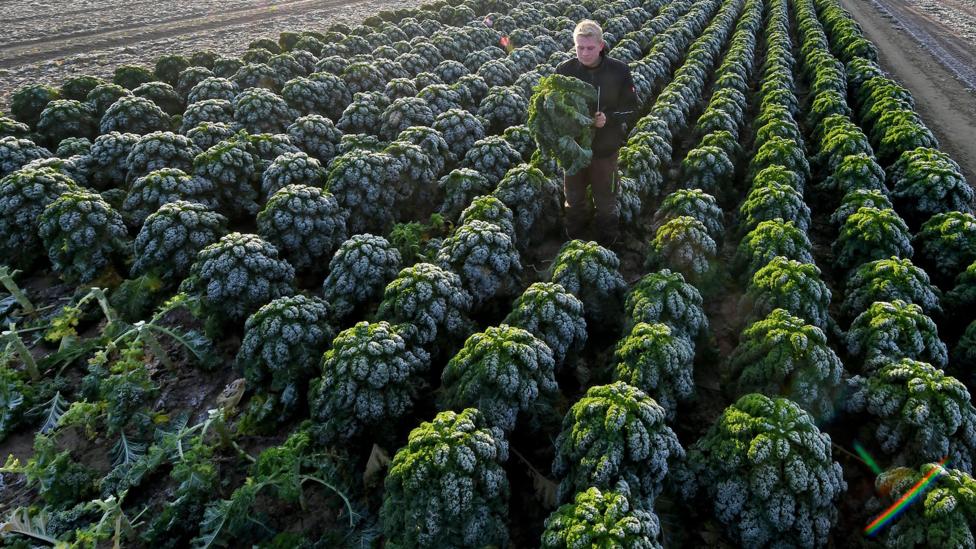 A kale farm in Germany. The number of kale farms in countries like the United States has skyrocketed in recent years (Credit: Getty Images)

He even got into a three-year-long legal dispute with Chick-fil-a, America’s biggest fried chicken fast food chain, whose slogan is the similarly worded “eat more chicken”.

“It got kale loads of attention,” he says.

Still, like avocados, kale does have actual health benefits, so its celebrity status shouldn’t just be boiled down to legal headlines or pop idol endorsements.

No one food is a silver bullet to perfect health, regardless of how famous or nutritious it actually is

But it’s important to remain somewhat sceptical, and know that no one food is a silver bullet to perfect health, regardless of how famous or nutritious it actually is. Experts say that a varied diet of lots of fruit and vegetables is more nutrient-dense than just devouring the same one type of produce over and over – so mixing and matching between lettuce, spinach and watercress might be even healthier than eating kale only.

The unfortunate truth is, however, is that it’s likely easier to put one vegetable on a pedestal, rather than trying to make an entire food group’s brand sexier.

That’s the challenge that’s been facing Anna Taylor, who works at the UK think-tank The Food Foundation. She recently helped create Veg Power, a primetime TV and film advertising campaign that sounds like a superhero movie trailer and tries to get children to change the way they think about all vegetables. (“For years, grown-ups have been keeping the veg invasion at bay,” a deep voice-over announces.)

Taylor says the budget was £3m ($3.95m), mostly donations from supermarkets and media companies. But it’s a miniscule sum compared to other food industry figures.

“That compares to £120m on confectionery, £73m on soft drinks, £111m on sweet and savoury snacks,” she says. “So fruit and vegetable advertising is 2.5% of the overall total.”

When things like kale or avocados come along, it’s more of a specific item and thus easier to market and brand – as opposed to advocating for fruit and vegetables as a whole

A big part of it is that produce isn’t necessarily a brand, like a processed food item is, and without a brand, marketers are less willing to attach themselves to the effort. To help get that number for fruit and vegetable advertising spending up, there needs to be a concerted effort among governments, farmers, advertising companies, supermarkets and many others.

So when things like kale or avocados come along, it’s more of a specific item and thus easier to market and brand – as opposed to advocating for fruit and vegetables as a whole. Taylor says when one food becomes a runaway hit, it can be a problem.

“Typically, what happens with those campaigns is they end up displacing other vegetables in the category. We see this in the UK where there’s been the huge growth of the berry industry, which has been remarkably successful, but it’s taken market share away from apples and bananas,” she says.

No matter how big a star one particular food becomes, remember – your diet shouldn’t be a one-veg show.

Taylor reminds us that if anyone ever said to you, “’Kale’s the only thing that’s going to do x, y, and z for you’ – that’s patently ridiculous.”