Struggling students are paying writers for essays they can pass off as their own. But what can be done to tackle this cheating epidemic and the ‘essay mills’ who profit from it?

This story is from The Essay Cheats, an episode of Business Daily on BBC World Service. It was presented by Ed Butler and produced by Edwin Lane. To listen to more episodes of Business Daily, please click here. Adapted by Philippa Fogarty.

The first time Chris wrote an essay for someone else, he was paid in food. A friend said his student girlfriend needed help, so Chris agreed to proofread her essay. But it needed more than an edit – “the logic was too messy” – so he rewrote the whole thing. 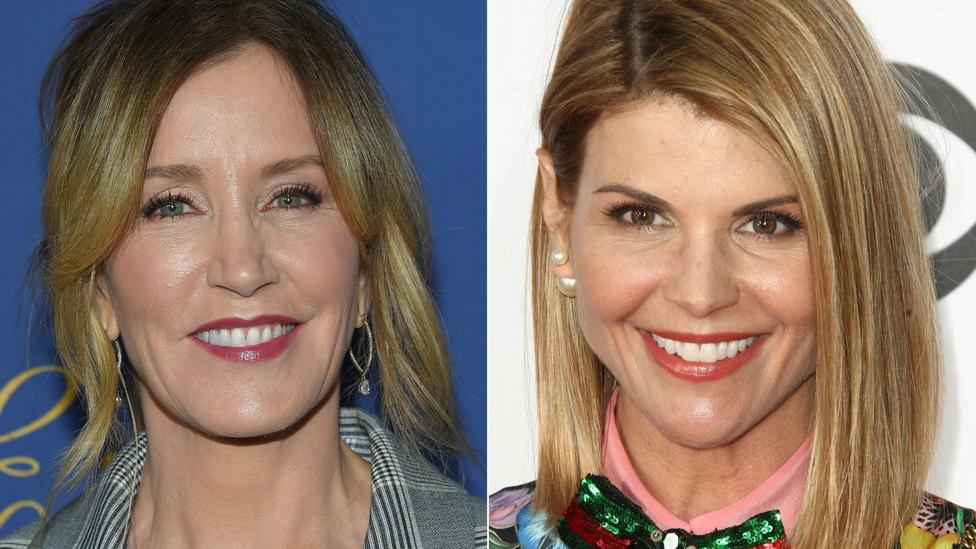 College admission scandals have been thrust into the worldwide spotlight in the midst of the scandal in the US involving dozens of rich and famous parents (Credit: Getty Images)

It did the job: the essay was good and the student got a high grade. Chris’s friend was pleased too. “He treated me to hotpot in Singapore – that was the first time I’d been to a hotpot restaurant,” he recalls.

Then the student asked him to help her with another assignment. “I said: ‘I can’t eat hotpot every day, I should charge a price.’ Then she introduced me to her classmates and that’s how everything began,” says Chris.

Today, he runs what’s known as an ‘essay mill’ – a highly lucrative business writing assignments for students struggling to complete them on their own.

Student cheating has been in the spotlight recently, after the US college admissions scandal made global headlines. It’s not the first such scandal: India, for example, is still dealing with the fall-out of apparently large-scale medical school admission examination fraud.

But it’s not just admissions: there’s also the problem of what some students do once they get into university - and the role played by people like Chris.

After studying in Singapore for many years, he’s now back in China where he writes essays and farms others out to a team of workers for student clients as far afield as Australia and the UK. His business can turn over as much as $150,000 a year.

It grew after that first student moved to Australia to do her master’s degree and passed his name on to other people. He writes at least one essay a week but, as a global studies major, farms assignments on subjects like business and finance out to his specialists. He charges about 1 RMB per word, so a 1,000-word piece would come in around 1,000 RMB (£115, $150).

I tell [the students] every time: ‘You can refer to my essay, but you cannot submit it directly to your professor’. But what they do – I cannot control [that]."

Chris – who doesn’t want to share his surname – suggests what he’s doing sits somewhere between cheating and teaching.

“I tell [the students] every time: ‘You can refer to my essay, but you cannot submit it directly to your professor’. But what they do – I cannot control [that]. There are certain students who actually learn from me, so I think it is in a grey area.”

Sometimes, he says, he wants to say no. “I told myself I should quit because this is cheating – they didn’t learn anything from me. Then one month later they call me again, saying, ‘Could you please help me again because I need to pass this assignment in order to graduate’. Then I say OK, if that is the case, I will help just this last time. I really want them to learn but it’s just difficult.” 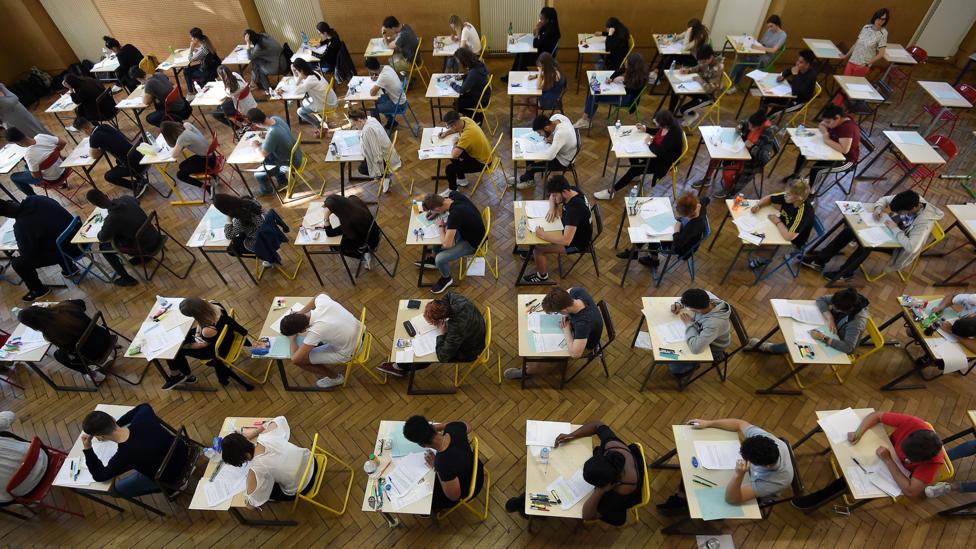 Gareth Crossman of the UK’s Quality Assurance Agency takes a considerably tougher line. He believes that, as well as undermining their own education, the students’ actions have bigger implications.

“They are also cheating wider society, because you do not want people going out into the workforce who are frankly unqualified,” he says. “The Royal College of Nursing has expressed concern about this being a phenomenon, with nurses coming out without proper qualifications.”

“I think the fact that institutions are increasingly willing to accept that this is an issue – and a reputational risk that is attached to it – is to their credit, but it shows that this is a significant issue that does need to be addressed.”

Crossman cites research published last year by Swansea University indicating up to one in seven students around the world might be cheating in this way. It’s not a new phenomenon, he adds, but one that has greatly increased in scale due to advances in technology and how essay mills have harnessed them.

“We’re all used to seeing ads pop up when we go onto social media sites that indicate what they think our interests might be, and you’ll find exactly the same thing with essay mills,” he says. Struggling students – those who search ‘how do I get help with my essays’, for example – will be targeted.

“They present themselves as providing this bespoke study aid service that’s entirely legitimate. They use phrases like ‘100% plagiarism-free’, which might make it look like some mark of quality but it's basically saying to you that you can hand this work in as your own and it won’t get picked up by plagiarism software.”

It’s a market-led business, he says, which can make providers large amounts of money. “If you go on to some of these sites, they’ll sometimes have sliders where you say ‘this is the quality of work that I want, this is how many words it is, this is the level’. If you’re talking about a 10,000-word dissertation at a 2.1 [grade], that’s going to be thousands of pounds.”

Quality, Crossman says, varies. Some people have clear expertise and others are “barely literate”. And then there’s the risk of getting caught.

Chris says between 5% and 10% of his clients have been caught. “I told them, you should not submit this directly to your teacher. You should take a look and do some changes. They didn’t listen to me, so it’s not my fault,” he says. But that didn’t make them stop cheating, just adapt: “They kept using me and changed it to their own words.”

He says that he wants to stop doing this kind of work, but his clients ask him not to. And now he has workers who depend on him. “I have to pay them, because they only rely on this in order to earn money. If I quit, nobody supports their family, so I don’t want to quit right now.”

Crossman says his organisation has written to relevant tech players to ask them to block paid-for advertising for essay mills. He says some social media firms, notably Google, have stopped essay mills advertising through them in the UK at least, but there’s been no similar clampdown from Facebook. And despite legislation in a few US states, New Zealand and imminently the Republic of Ireland, essay mills do remain legal throughout most parts of the developed world. 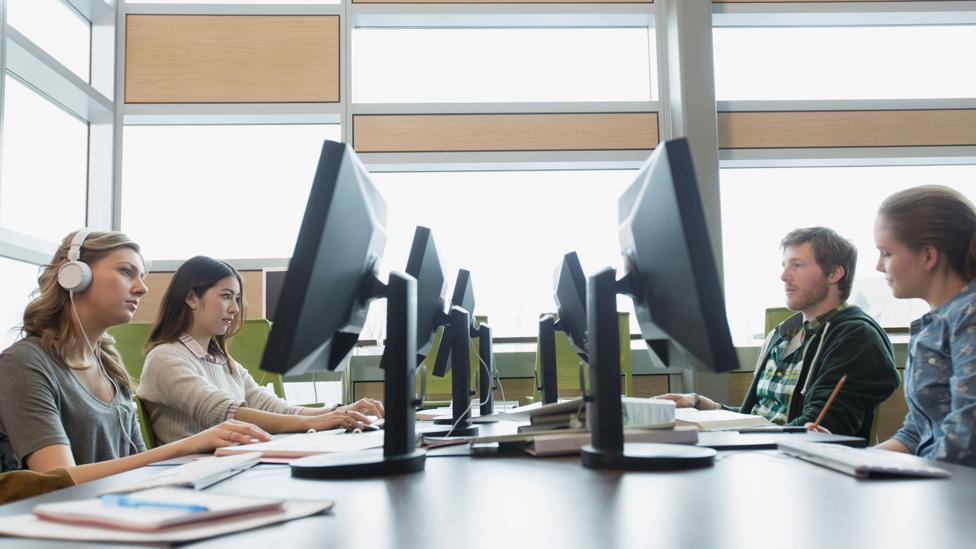 Crossman says while there’s no particular group or demographic that cheats, it’s the more vulnerable students who may end up using essay mills.

New plagiarism software is also emerging which picks up copied work and can also spot if a piece has more than one author or varies from the author’s voice – “apparently we all have tells in the way we write”.

But it’s just one strategy for tackling a significant challenge. “Yes, technology is advancing,” he says, “but there is no magic bullet.”