Ever wondered why flight times seem to be getting longer? It’s called "padding", a phenomenon that helps airlines arrive on time – but at a cost.

In the 1960s it took five hours to fly from New York to Los Angeles, and just 45 minutes to hop from New York to Washington, DC. Today, these same flights now take six-plus hours and 75 minutes respectively, although the airports haven’t moved further apart.

It’s called “schedule creep”, or padding. And it’s a secret the airlines don’t want you to know about, especially given the spillover effects for the environment.

Padding is the extra time airlines allow themselves to fly from A to B. Because these flights were consistently late, airlines have now baked delays experienced for decades into their schedules instead of improving operations.

It might seem innocuous enough to the passenger – after all, what it can mean is that even though you take off late, you’re pleasantly surprised to arrive on time at your destination.

However, this global trend poses multiple problems: not only does your journey take longer but creating the illusion of punctuality means there’s no pressure on airlines to become more efficient, meaning congestion and carbon emissions will keep rising.

“On average, over 30% of all flights arrive more than 15 minutes late every day despite padding,” says Captain Michael Baiada, president of aviation consultancy ATH Group citing the US Department of Transportation’s Air Travel Consumer Report. The figure used to be 40% but padding – not operational improvements – boosted on-time arrival rates. “By padding, airlines are gaming the system to fool you.”

By padding, airlines are gaming the system to fool you - Michael Baiada

He says if instead airlines tackled operational issues, customers would directly benefit. “Padding drives higher costs in fuel burn, noise and CO2 which means if airline efficiency goes up, costs go down, benefitting both the environment and fares.”

Of course, airlines know customers value punctuality. Delta Air Lines for one, goes to great lengths to ensure its flights are on time more often, according to the US Department of Transportation. Delta attributes this to a $2bn investment in new aircraft, cabins and airport facilities, but continually emphasises “on-time-performance” is a driver of higher fares.

So, if arriving on time pays off for customers and airlines, why don’t the airlines work on efficiency instead of lengthening flight times? 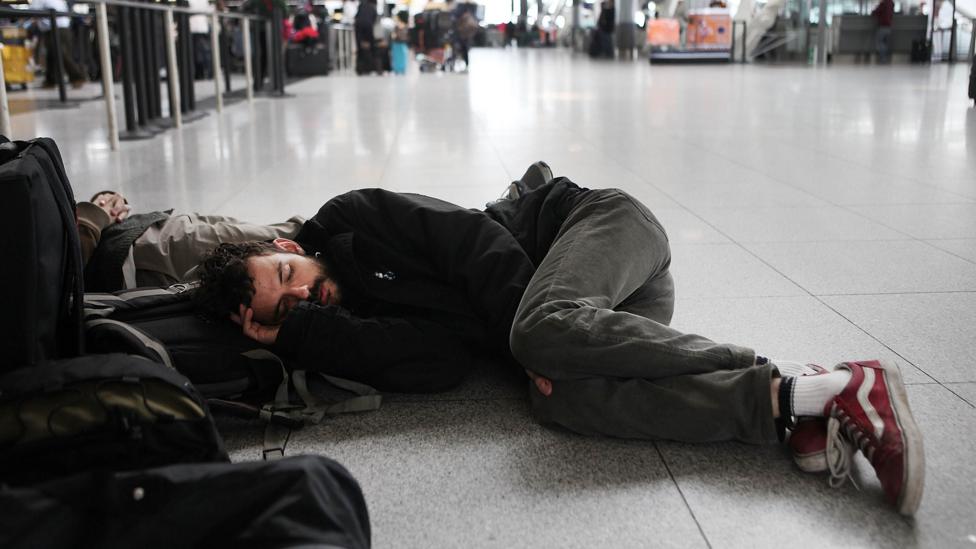 How late is late?

The ultimate goal is ‘A0’, or arrival at the gate exactly on time. If a flight is early or late, it can disrupt several other things – like gate availability and airport capacity.

There’s even a language for describing this punctuality. So, any delay beyond A0 adds the number of minutes the aircraft arrived late at the gate – A15, for an aircraft that’s 15 minutes late. But anything between A0 and A14 is not considered late by the US Department of Transportation. The DoT created this global standard for measuring “on time” before the advent of modern data and communications that, today, make A0 achievable.

This means that airlines still have a window to hit to be ‘on time’, rather than a very specific slot – which can lead to congestion. Air traffic control must make allowances for this, because too many planes arriving around the same time overwhelms airports. So air traffic control stretches out aircraft approaches, slowing arrival rates.

To be fair, global airlines have invested billions of dollars in technologies to enable more efficient flight paths, according to industry body Airlines for America. But this has not moved the needle on delays, which are stubbornly stuck at 30%.

A lot of different things can cause a delay but Baiada believes 80% of the factors involved – like schedule, airport arrival flow queueing, aircraft availability, gate availability, maintenance and crew legality – are within the airlines’ control. But to date they have left it to air traffic control to remedy once planes are in the air.

“Once an aircraft is off the gate, the airlines forget about it until it arrives at the next airport,” he explains. Baiada says there is a better way – they could be tracking their aircraft and adjusting operations throughout the flight, managing aircraft sequencing, choosing flight speeds and paths leaving air traffic control to concentrate on separation and safe operation of the airspace.

Part of the problem is schedules are designed by airlines for perfect conditions, Tom Hendricks, a retired airline executive, told BBC Worklife. “But on any given day you might have weather, air traffic control or company network disruptions and the system must adjust.”

But Hendricks believes on most days airlines could be doing more to ensure the flow of planes in to the airport is as efficient as possible as this is integral to their economic success.

Another option could be to reduce the number of flights – but airline flight schedules are designed to meet buyer demand. So, if there were fewer flights, fares would increase. 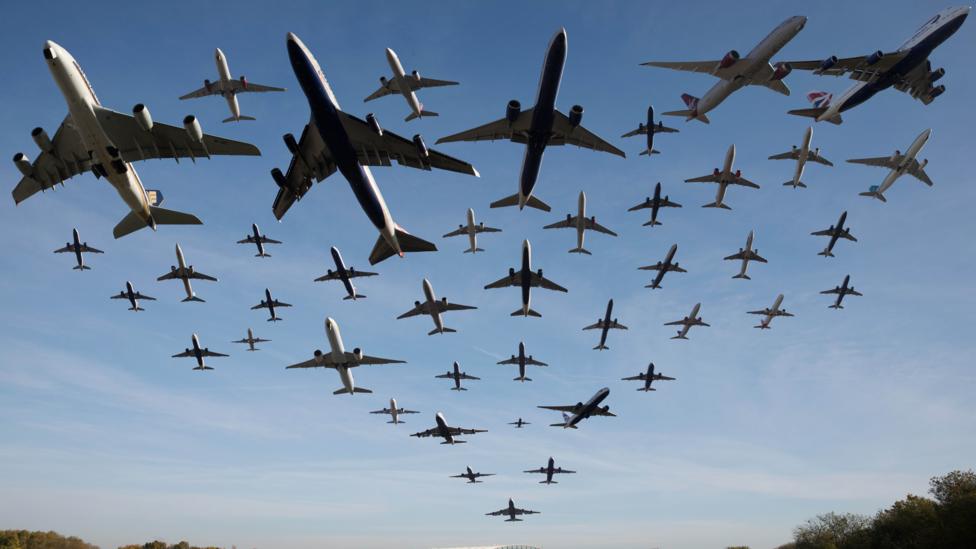 Composite image of traffic on flight paths out of London Heathrow (Credit: Getty)

With airlines under pressure to cut costs, increase profits and reduce their environmental impact, why aren’t they already working with air traffic control on this?

“Airlines have invested in new technology before with mixed results,” Hendricks says. “They are now very careful [about] what they do invest in. This is complicated by the fact they are investing heavily in the technology required by global air traffic control modernisation now underway.”

Hendricks, who was working at Delta when it was testing Baiada’s technology, was a reluctant convert to the system. It took some analysis from university The Georgia Institute of Technology to counter his considerable scepticism. Even so, he says the technology has never been fully integrated and tested within the whole air traffic control system. While he is convinced there is great potential, he thinks BBFM needs that testing.

So what does all this mean for passengers? With airlines gaming the system, as it stands, flight times will likely increase as more and more planes take to the skies.

“Stalling tactics like padding flight times have become common practice for airlines," says passenger rights activist Paloma Salmeron, spokesperson for AirHelp. She claims this tactic not only enables airlines to claim they have improved on-time (OT) flight performance, but it also makes it easier to swerve the “magical three-hour limit” on delays – the threshold that qualifies passengers to file compensation claims at least under European Union passenger rights’ law.

“Many airlines will try to make it tricky for passengers to get an eligible claim accepted and the tactic of extending flight times is yet another way to decrease a passenger’s chance of filing a claim and getting financially compensated for the hassle they have gone through."

“There is a lot airlines can do to improve efficiency and Baiada’s solution is one of them,” says airline consultant Bob Mann. “When it comes to delays and congestion, airlines are still complaining it’s an air traffic control problem when it is not. My view is they should stop complaining and do something about it, benefiting customers, employees, investors and the communities they serve.”