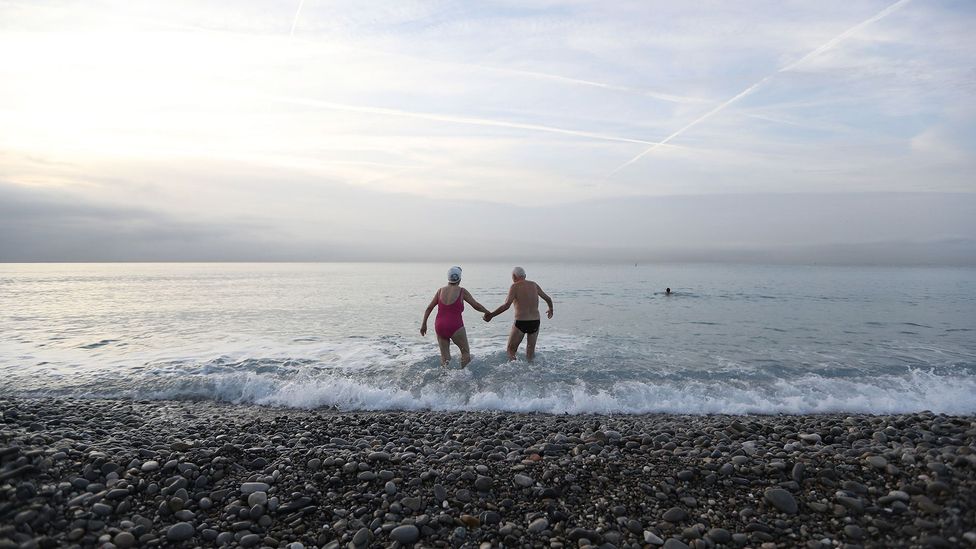 By Fernando Duarte 8th April 2019
For the first time, there are more elderly people than young children in the world. What does this mean for societies around the globe?
T

This article originally appeared on the BBC World Service.

For the first time in history, there are more elderly people in the world than young children, according to the United Nations.

Their figures show that the number of over-65s surpassed that of under-fives at the end of 2018.

There are now around 705 million people over-65 on the planet, while those aged 0-4 number about 680 million.

Current trends point to a growing disparity between the oldest and the youngest by 2050 – there will be more than two over-65s for each person aged 0-4.

This widening gap symbolises a trend that demographers have been tracking for decades: in most countries we are all living longer and not making enough babies.

But how will this affect you? Could it already be doing so?

Christopher Murray, director of the Institute for Health Metrics and Evaluation at the University of Washington, says: "There will be very few children and lots of people over the age of 65 and that makes it very difficult to sustain global society."

Murray is also the author of a 2018 paper in which he suggested that almost half of all countries in the world are facing a “baby bust” – meaning that there are insufficient children there to maintain population size.

“Think of all the profound social and economic consequences for a society with more grandparents than grandchildren,” he adds. 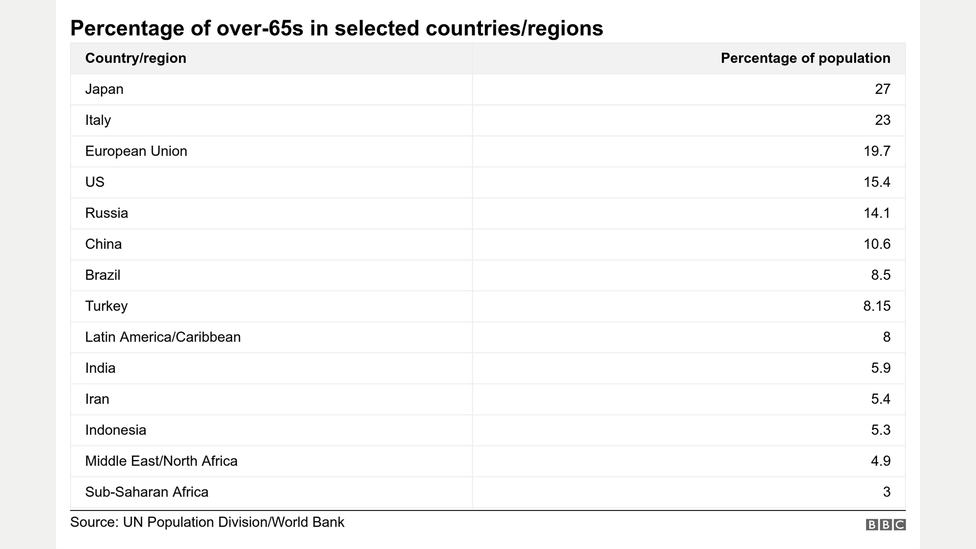 In 1960, the world's fertility rate was almost five children per woman, according to the World Bank.

At the same time, socio-economic advances have benefited those who come into this world. In 1960 people lived on average a little over 52 years; the current life expectancy reached 72 years in 2017.

That means we are all living longer and demanding more and more resources as we get older, increasing pressure in areas such as pensions and health systems.

The ageing population problem is sharper in developed countries. They tend to have lower birth rates for a number of reasons mostly linked to economic affluence – child mortality rates are lower, birth control is easily accessible and raising children can be relatively expensive.

In those nations, women often have children later in life, and so have fewer children. 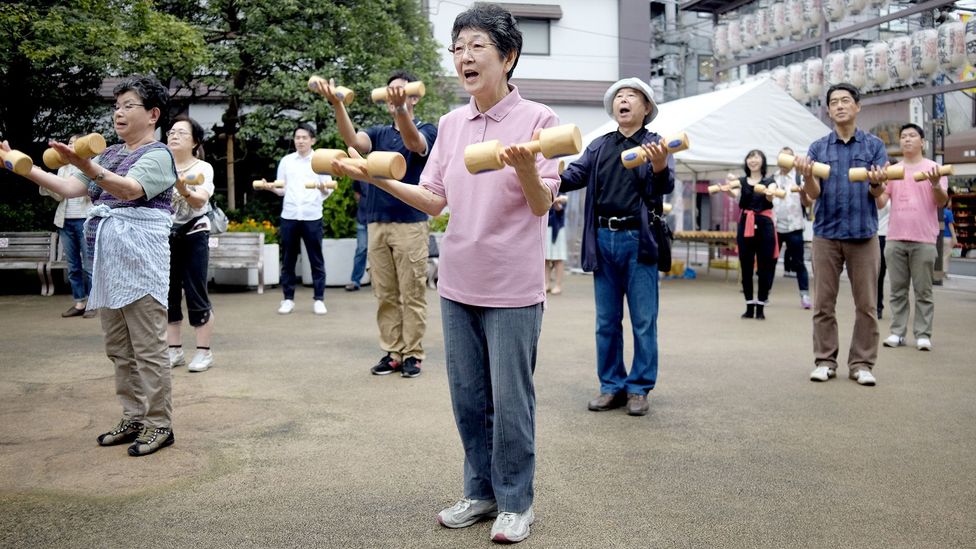 Better standards of life mean people “last longer” in these countries. A prime example is Japan, where life expectancy at birth is nearly 84 years (the world's highest national rate) and where the over-65s amounted to 27% of the total population in 2018 – also the most in the world.

Its under-five population share? Around 3.85%, according to the UN.

This double challenge has been worrying Japanese authorities for decades, and last year the government announced a compulsory rise in the retirement age from 65 to 70 years.

If and when implemented, workers in Japan are set to retire later than anywhere else in the world.

But imbalanced populations are also threatening developing countries. China has a much lower share of over-65s (10.6% of the population) than Japan, but thanks to the strict birth-planning programmes enforced since the 1970s, the world's second biggest economy also has a comparatively low fertility rate – 1.6 births per woman.

Under-fives in mainland China are now less than 6% of the total population.

Quantity of children versus quality of life

However, the same nations have high child mortality – Niger has a rate of 85 children per 1,000 live births, one of the highest in the world. 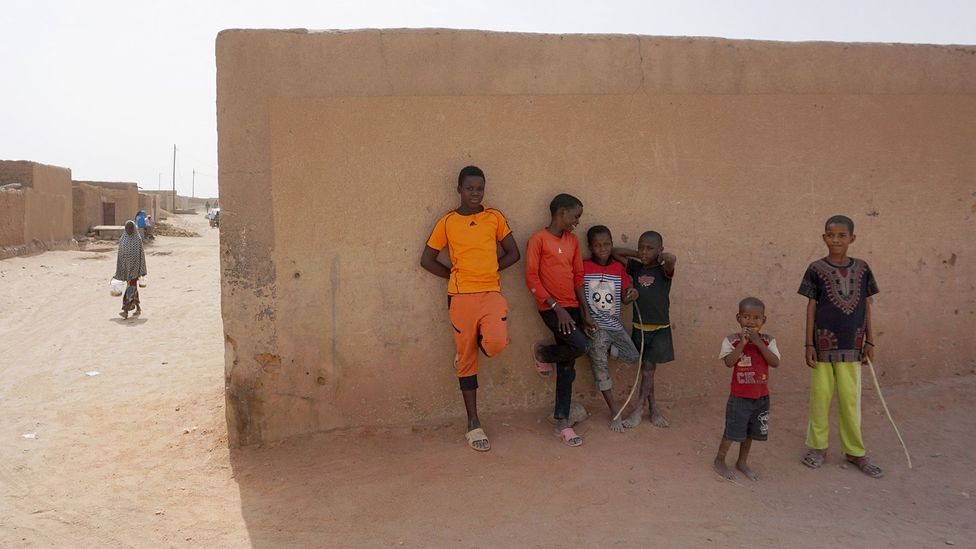 For population purposes, 2.1 is the magic number. It is the fertility rate that demographers say is necessary for populations to replace themselves.

However, the most recent UN data shows that only a little over half of the world's countries procreate at that pace – 113.

Researchers also point out that countries with higher child-mortality and lower life expectancy need a 2.3 fertility rate, a threshold currently reached by only 99 nations.

Because of dwindling births, many countries are likely to see their populations shrink significantly, despite the overall global population increase – we are expected to reach the eight billion mark by 2024.

One of the most extreme cases is Russia: the fertility rate of 1.75 child per woman is expected to contribute to a steep drop in the number of Russians in the next few decades.

The UN Population Division has calculated that the Russian population will decline from the current 143 million people to 132 million by 2050. 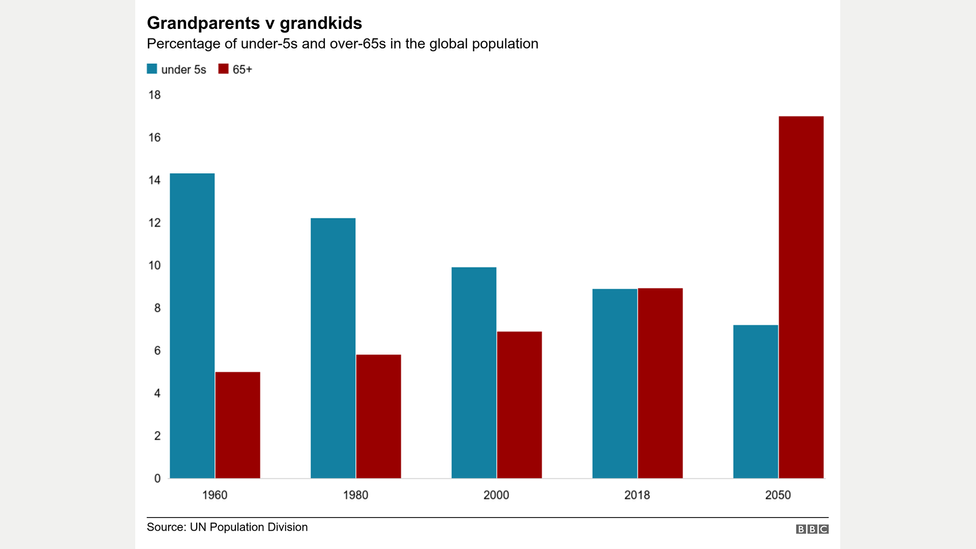 Declining and ageing populations mean fewer people in the workforce, which in turn can lead to a decrease in economic productivity, which consequently hampers growth.

Last November the International Monetary Fund warned that Japan's economy could shrink by over 25% in the next 40 years due to the ageing population.

“Demography impacts on every single aspect of our lives – just look out of your window at the people on the streets, the houses, the traffic, the consumption. It is all driven by demography,” George Leeson, director of the Oxford Institute of Population Ageing, told the BBC.

Will technology help mitigate the economic effects of an ageing population?

There is consensus, though, that governments need to act in order to defuse this “ageing time-bomb”. And they have been trying to.

China reviewed its “one-child policy” in 2015 and in 2018 signalled an end to birth restrictions overall by next year. According to an op-ed in state-run newspaper The People's Daily, giving birth is “a family and national issue too”.

Easing the restrictions has hardly been a silver bullet, though: China recorded 15.2 million births in 2018, the lowest number in more than 60 years.

Chinese academics attributed the drop to a decline in the population of women of reproductive age, and to families putting off plans to have children for financial reasons, especially in families with more educated women reluctant to play the traditional role of main carer.

Population experts warn that policies that promote elderly health need to play a crucial part in mitigating the effects of population ageing.

The argument is that healthier individuals are more able to continue working for longer and with more energy, which could result in lower healthcare costs.

One area that has been overlooked is a more diverse workforce, especially in terms of gender: data from the International Labour Organization (ILO) shows that the global labour market participation rate for women was 48.5% in 2018, more than 25% below that of men.

What is certain is that the clock keeps ticking.