Loading
Language Matters
Can technology help you lose an accent?
Share using EmailShare on TwitterShare on FacebookShare on Linkedin 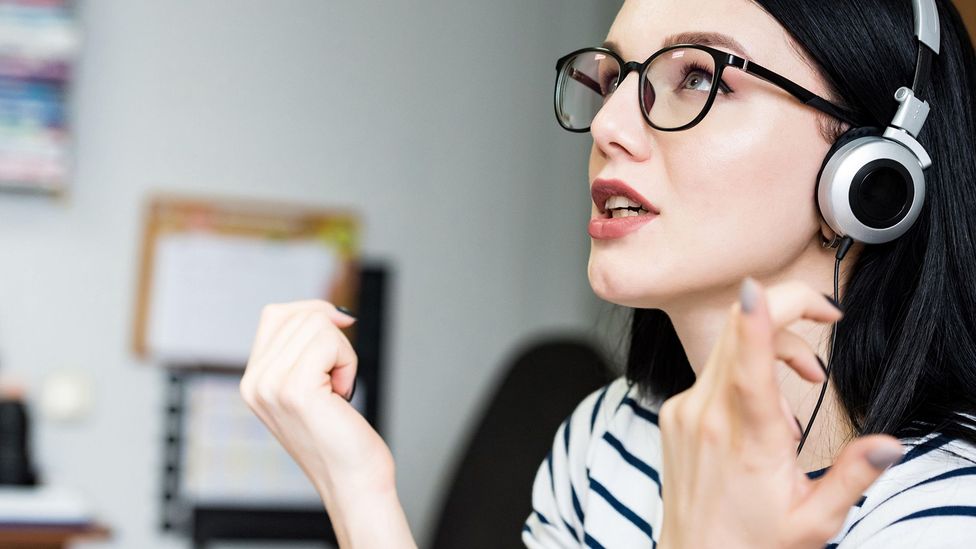 By Farah Khalique 7th May 2019
The trick to losing a heavy accent and imitating native English speakers may lie in re-training the brain to hear new frequencies, writes Farah Khalique.
G

Pinfield laughed it off, but told the BBC afterwards that he has to speak slowly when interviewing and is frequently misunderstood. The reality is that a thick accent can hamper our work prospects, and research shows that employers still favour standard versions of British and American accents over non-native accents for more prestigious or “higher status” jobs. 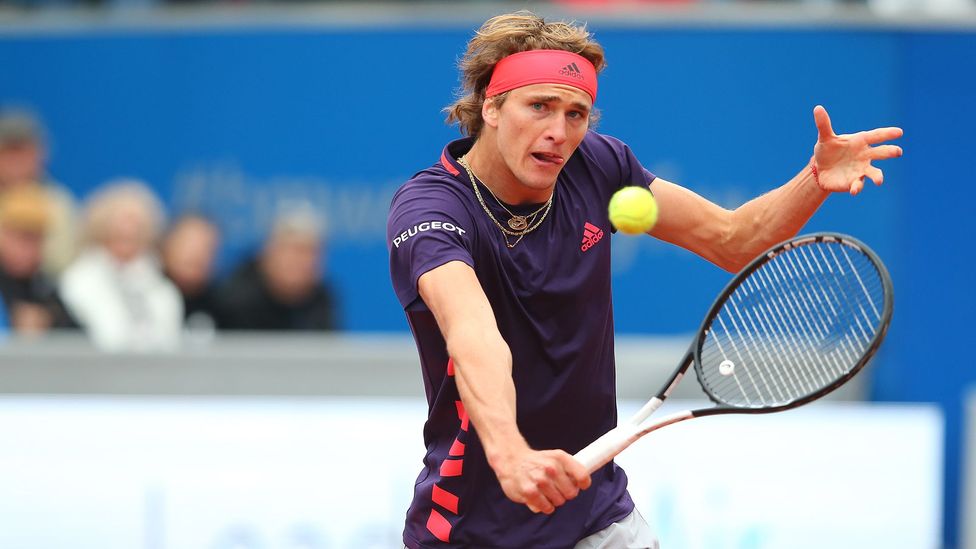 By 2020, two billion people will be speaking English, the British Council forecasts. English is already spoken by some 1.75 billion people worldwide. It has become the de facto global language of business; however, speaking with a cut-glass accent is less ubiquitous, given many are not native speakers.

And even native speakers feel judged over the way they speak: over a quarter of Brits feel they have encountered accent discrimination, according to research compiled by ITV and Comres, a British research consultancy.

British designer Paul Spencer can relate to this. Spencer moved further south from The Fens in eastern England and settled in London in 2003. He felt he had to ditch his natural way of speaking and adopt a more neutral accent to get ahead at work.

"It was a conscious effort because originally I didn't realise I had an accent or used local dialect, but people would look at me blankly,” he says. “I would say things like ‘that frit me, that did’ which means ‘that frightened me.’ I thought that was common language but, as it turns out, it's not."

A growing cohort of companies has had a similar idea. Audi, Airbus, Renault and Samsung are adopting English as their official language of business across countries. In practice, the way this plays out varies from company to company. English-only policies may, for instance, apply only to senior staff in high-level meetings, or to absolutely everyone in all countries for all levels of communication. Japan's largest e-commerce site, Rakuten, takes its English-only policy so seriously that it replaced its Japanese language cafeteria menus overnight. At Japanese car manufacturer Honda, senior executives will have to prove they are fluent in English by 2020.

This is all part of a bigger global trend as companies try to grow their international revenues, particularly those that export goods and services, according to Christine Naschberger, professor in human resource management at Audencia Business School in Nantes, France.

"For corporations like L'Oreal and LVMH that export the majority of their goods abroad, the business language is really English. But I would say even smaller companies that are growing their exports are adopting English as an official language. If your accent is strong, it can be a disadvantage in the long run."

A German company exporting goods to suppliers in, say, 20 different countries across continents may not have staff fluent in those suppliers' native tongue, nor would they expect them to all be fluent in German. But they can do business by using one common language: English.

This trend is despite the fact that after the UK leaves the European Union, English will no longer be the official nominated language of any the remaining 27 member states. It will, however, continue to be a working language in the EU. So English – and the ability to speak it understandably with no accent – will still be coveted. 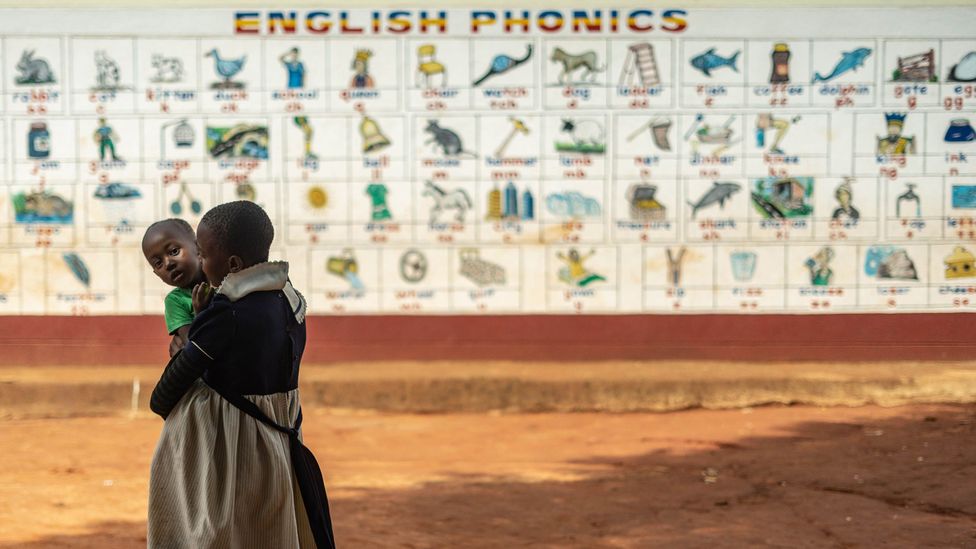 English has become the predominant global language of business, but even those fluent in it may face obstacles because of various regional accents (Credit: Getty Images)

Speech has been used to segregate people for millennia. When the Tribe of Gilead defeated the Ephraimites in The Bible, they used accent as a means of identifying surviving Ephraimites trying to flee.

Anyone who claimed not to be a survivor was asked to say the Hebrew word "Shibboleth", which means stream. People from Gilead pronounced it with a "sh" sound, whereas Ephraimites could not say "sh", so anyone who said "Sibboleth" was killed on the spot: 42,000 people failed the test, according to the Old Testament.

Our accent still has profound implications for our social status, says Caroline Belot, pedagogical consultant and director of communications at Sound Sense, a language school in Paris. "If you pronounce a word very badly or don't have the right intonation, you can figuratively get killed in a meeting."

Belot cites the common mistake made by French people pronouncing the word "focus" as "fuc-us", which can instantly damage hurt a speaker's credibility and confidence. "As a French person, when you go abroad, you realise the way we speak can generally be perceived as cold, boring, ironic, sometimes rude, sarcastic, even depressed or generally showing lack of interest." 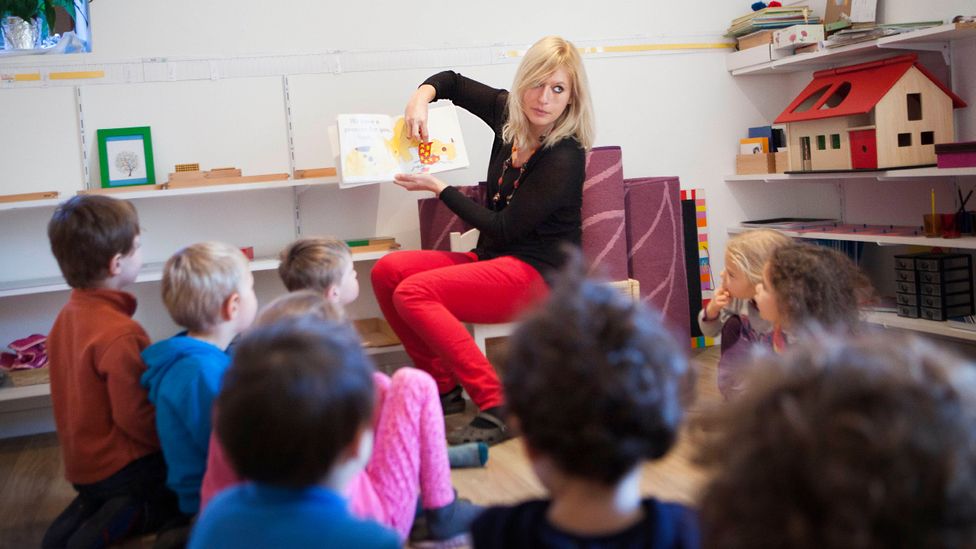 So, could the trick to true fluency lie in re-training your brain to neutralise your accent?

French ear, nose and throat doctor Alfred Tomatis discovered that each language has its own bandwidth; language schools like Sound Sense in Paris now use this method to help re-train busy French professionals to English frequencies using a device known as an electronic ear. This is a set of headphones that transmits sound through air and bone conduction by making small vibrations that pass through the skull into the inner ear, similar to a hearing aid.

Humans can hear from around 20Hz to 20,000 Hz, which explains why we can’t hear things like a dog whistle because it emits a much higher frequency; we simply don’t hear as well as dogs and other animals.

Language experts say that our speech is made up of a huge number of frequencies – base tones and overtones. According to the Tomatis method, every human language has a different range of overtones, with British English fluctuating considerably between 2,000 to 12,000 Hz and French much less so between 125 to 250 Hz and 1,000 to 2,000 Hz. Russian fluctuates between an incredible 125 to 12,000 Hz.

The Tomatis method aims to train the ear to the frequency of other languages. First, a trained practitioner performs a half-hour listening test to figure out how well a student can already hear different frequencies.

This is followed up by a two-hour tape recording of music, typically classical music like Mozart, which has been modified to filter out the frequencies that you can already hear well and plays those your ear cannot hear so well. These are switched on and off throughout the recording to wake up the tiny muscles in the middle ear and strengthen them – a form of exercise for the ears that can be done sitting at home.

Belot says, "We mix up music and specific programs in the language you want to learn. When working on a training method you want to educate the ears and mouth to be able to speak on the right wavelength."

Sound Sense combines the method with language classes, preferably face-to-face or on Skype.

Fabienne Billat works as a consultant in digital communications and strategy, which involves frequent travel from France to the United States for conferences. She’s found the method useful. “The focus of the training is really on understanding rhythm and accentuation,” she says. “The combination of classes and the training with the electronic ear is an engaging method. It's different."

Other companies that have used this method to help staff improve their language skills are IBM France, Renault and Cisco. A different technique called the Berard method also uses this form of auditory training to help with language development.

Some language schools claim that using this ear training method can reduce the time it takes to learn a language by up to 50%. The Polytechnic University of Valencia assessed the Tomatis method in a recent study, finding it an effective learning tool. 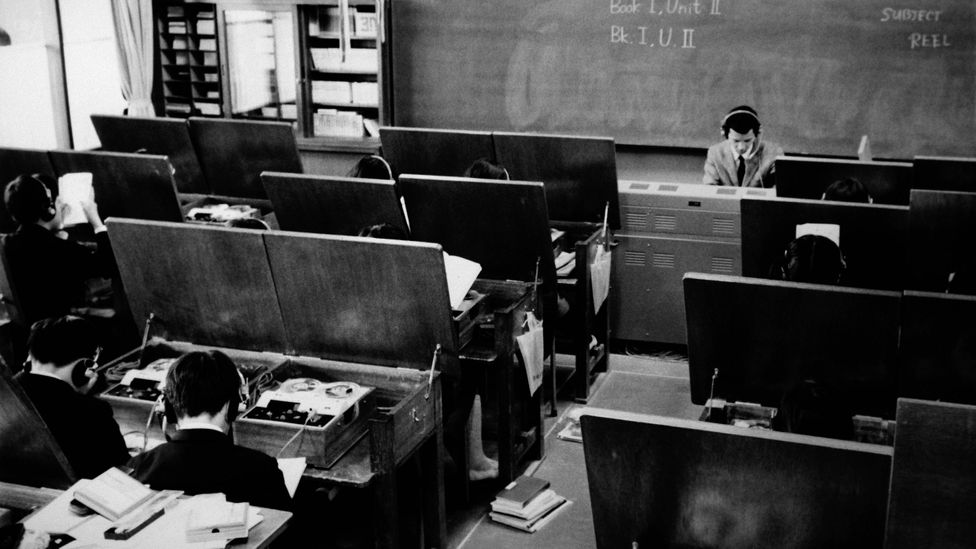 The art of listening

So why can’t we more easily pinpoint accents and actively switch them off? It’s because our habits start when we’re young.

A newborn's brain can perceive the entire range of human speech sounds, but by around eight months it starts to narrow that range to its native language or languages. Some linguists say the critical period for picking up a language completely fluently is at around six years old, others believe the cut-off period is in the teens. By adulthood it is almost impossible to pick up a new language without some trace of an accent, says Jennifer Dorman, instructional designer in didactics at language learning app Babbel.

This means a native French speaker might struggle to speak English with an authentic English accent because their brain can no longer perceive the entire range of frequencies, or pitch, that make up the English language and their mouth can’t reproduce the right sound.

Dorman says, "Some people are naturally gifted at learning languages and very often those were people that were exposed to multiple languages as children. Their brains were open to many different ranges and didn’t start to filter and desensitise them to those different ranges, so it is easier for them to hear sounds.

What practical steps can you take?

Linguistic experts say the best way to speak English like a native, as with any language, is to listen and speak the language as much as possible. Brazilian entrepreneur Rafael Dos Santos says when he moved to the UK in 2002 he took formal English classes and even hired a voice coach, but found the best way to improve his accent was to practice reading with his then-boyfriend before going to bed.

"That's how I learned the most,” he says. “He was a native English speaker and really helped me to develop the language. I would read pages and he would correct my pronunciation."

I would read pages and he would correct my pronunciation

But in the end, an accent is only a problem if people can't easily understand you, says Russian entrepreneur Polina Montano. She co-founded a company that  advertises entry-level positions in service industries like hospitality. Many of its applicants are not native English speakers.

Montano says, "I believe people in our society are opening up to embracing diversity. You have to believe in yourself.” And the next time your accent might affect your confidence, Montano says to just “tell yourself, ‘everyone has an accent – but mine is cute.’”

Editor's note: This piece was updated to clarify the reference to frequencies.