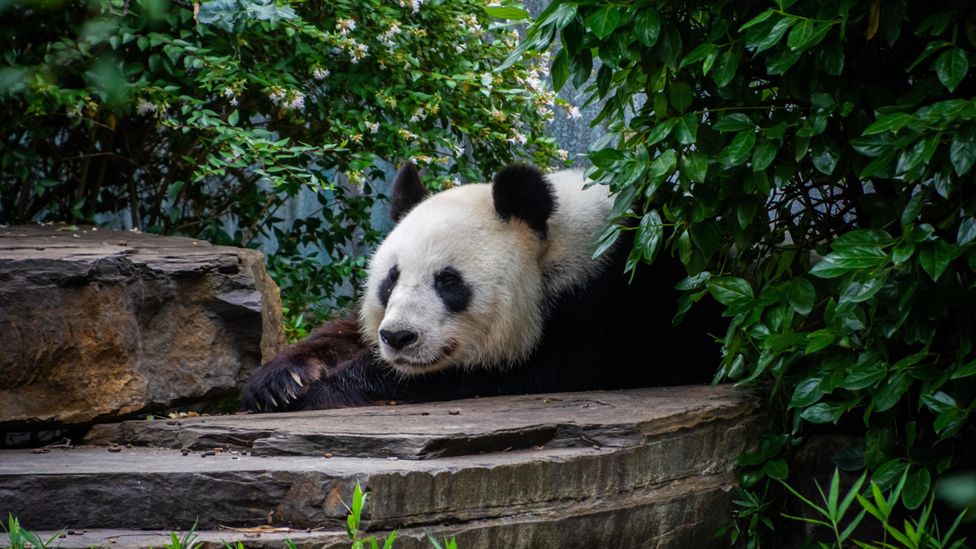 Wang Wang and Funi came to Australia from China a decade ago. Their relationship is best described as complicated. Despite considerable medical assistance, they have never managed to produce offspring. It has put a big question mark over whether they will be permitted to remain in Australia.

The fate of the two giant pandas may now depend on the outcome of the federal election on May 18. Keeping the couple at Adelaide Zoo includes paying about A$1 million a year to the Chinese government.

It’s just another chapter in the story of an iconic species where politics, economics and international diplomacy often eclipse conservation considerations.

China currently has pandas on loan (or hire) to 26 zoos in 18 countries. The most recent zoo to join the select list was Ähtäri, Finland, which welcomed two pandas on a 15-year loan in 2018. Denmark’s Copenhagen Zoo is eagerly awaiting two pandas due to arrive in April.

Officially it’s all part of a captive breeding programme to help save the species from extinction. Though their conservation status is no longer “endangered” (improving to “vulnerable” in 2016), there are still just 500 to 1,000 adult pandas left in the wild, in six isolated mountain ranges in south-central China.

The overseas placements augment China’s own 67 reserves dedicated to panda conservation. Any cubs born overseas are the property of China and typically return to China to continue the captive breeding program.

There are still just 500 to 1,000 adult pandas left in the wild, in six isolated mountain ranges in south-central China

But the number of zoo births has been quite low. As the Smithsonian Institution’s “panda guy” Bill McShea has pointed out, pandas in the wild have fewer problems mating or breeding: “In the wild, aggregations of male pandas form along ridge tops in the spring, and a stream of visiting females in heat keeps the mating activity intense.”

Zoos can’t mimic these conditions. Since giant pandas are solitary animals, they are housed separately except for the few days of the year when the female is ready to mate. Because there is no mate choice in captivity, natural mating is rare. Most captive births are the result of IVF treatments. 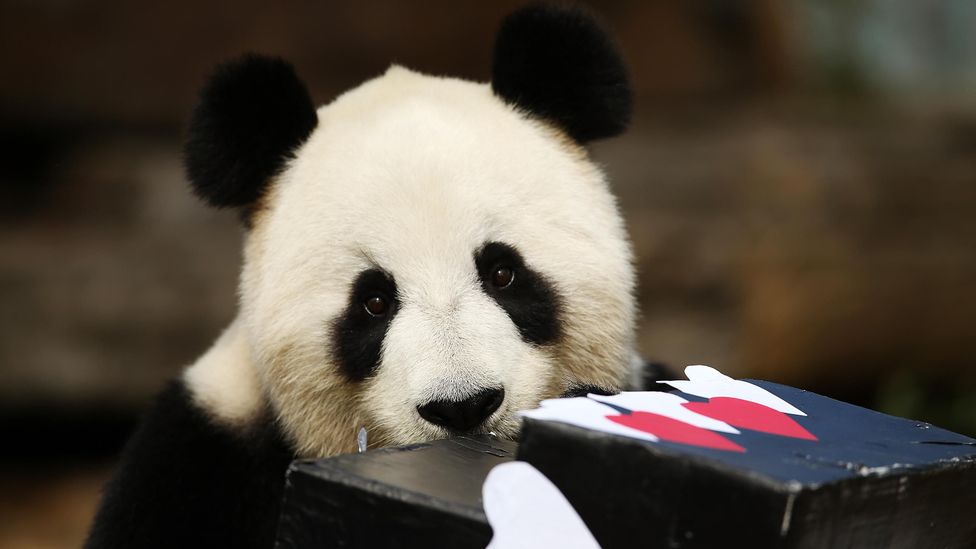 Although no longer “endangered” there are still just 500 to 1,000 adult pandas left in the wild, in six isolated mountain ranges in China (Credit: Getty Images)

This is not to say overseas zoo placements have no conservation value. But other strategic aims, such as improving China’s public image and consolidating trade relationships, loom large.

For example, the new panda enclosure at Zoo Berlin was opened just ahead of the 2017 G20 summit in Hamburg. The opening was attended by German chancellor Angela Merkel and Chinese president Xi Jingping. The event was intrepreted as a signal of China’s endorsement of Germany as a competitor to the United States for leadership of the western world.

China’s 2012 announcement that it would send four pandas to Canada’s Toronto and Calgary zoos was linked to successful trade talks, particularly over a Foreign Investment Protection Agreement after almost 20 years of negotiation.

Edinburgh Zoo’s receipt of two pandas in 2011 was linked to trade deals worth billions of dollars.

As for the panda loan to Adelaide Zoo, it was announced by Chinese president Hu Jintao at the Asia Pacific Economic Cooperation (APEC) summit in Sydney in 2007. On the same day Australian prime minister John Howard and President Hu also announced plans for a yearly “security dialogue”. 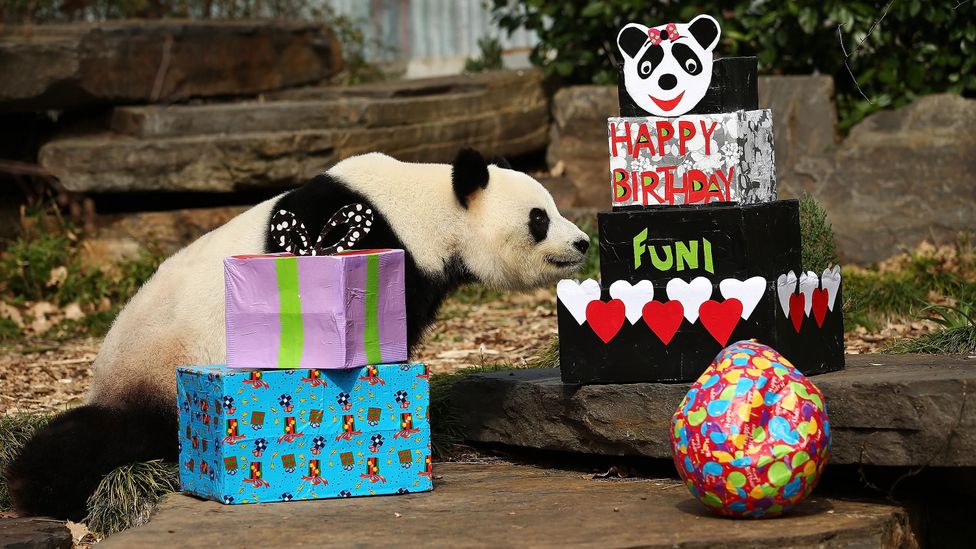 Fu Ni the giant panda is treated to specially prepared panda treats for her birthday at the Adelaide Zoo in 2015 (Credit: Getty Images)

Panda diplomacy is believed to date back to the 7th century, when the Empress Wu Zetian sent a pair as a gift to Japan. In the 20th century Mao Zedong embraced the strategy, gifting pandas to fellow-travelling communist nations. When Richard Nixon went to China in 1972, Deng Xiaoping presented him with two pandas.

Since then the recipients have been well and truly weighted towards wealthy capitalist nations. There are two reasons for this.

First, China uses the pandas to improve its image and deepen relationships with nations able to supply it with valuable resources and technology. This has been aptly described as an exercise in “soft cuddly power”. 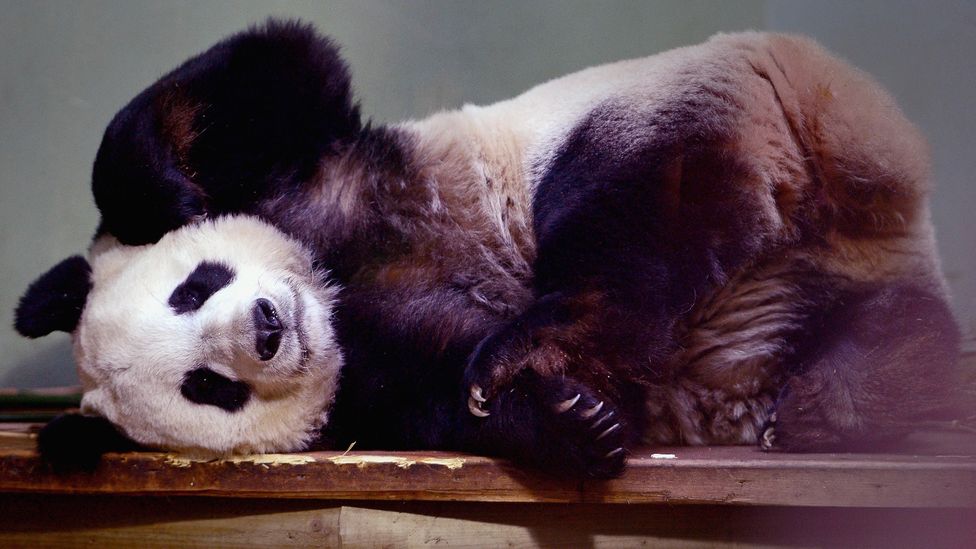 Edinburgh Zoo’s receipt of two pandas in 2011 was linked to trade deals worth billions of dollars (Credit: Getty Images)

For recipient zoos keeping pandas is an expensive business.

Consider Adelaide Zoo’s costs even with the federal government covering the pandas’ A$1 million annual rental fee. From the outset, the zoo went heavily into debt to build a specialist panda enclosure (at a cost of about A$8 million).

Looking after each panda also costs many hundreds of thousands of dollars a year. Pandas are the most expensive animal to keep in a zoo, costing about five times as much as an elephant.

Food alone is a logistical headache. Giant pandas are not biologically herbivores but for some reason they developed a taste for bamboo about 6,000 years ago and stopped eating a varied diet, including meat. Bamboo, however, is low in nutrients and difficult to digest, which means pandas have to eat a lot and then rest. Each day an adult panda can munch through about 12 kilograms of fresh bamboo – and because they’re fussy eaters, they need to be given more than double that amount.

All of this means a panda must be treated like a business proposition. Will there be a return on investment? Will their cost be justified by the extra visitors they draw to the zoo?

Adelaide Zoo had high expectations that were quickly dashed. Like other zoos, there was a large initial spike in zoo visits, but by 2010 visitor numbers had returned to pre-panda levels. It was clear Funi and Wang Wang would not add A$600 million to the South Australian economy over a decade as predicted. In their honeymoon year, research suggests, they brought in just A$28 million. Adding a baby panda would improve their attraction value considerably.

It’s therefore easy to see why some some call pandas white elephants.

But let’s not overlook the important contribution the panda diaspora has made to pandas moving off the “endangered” list. Part of this is due to the loan fees paid to China. The money has funded panda conservation research and projects at Bifengxia and Wolong, in China’s Sichuan province.

Let’s not overlook the important contribution the panda diaspora has made to pandas moving off the “endangered” list. Part of this is due to the loan fees paid to China

There is also value in Australian zoo keepers, veterinarians and scientists being part of a global knowledge network.

We still know so little about panda behaviour and the environmental effects that endanger them. We have made a small contribution with our own research into strategies to reduce stress in captive giant pandas. If Funi and Wang Wang remain in Adelaide, the zoo has the potential to provide for further valuable insights.

As scientists who care about animals and animal welfare, we believe it is important to also remember Funi and Wang Wang have helped connect hundreds of thousands of children and adults alike to nature.

These two giant pandas have their own personalities and close bonds with people who care for them everyday. Nature is not just an economic commodity but vital for our survival. If you have not yet visited Funi and Wang Wang, take the opportunity while you can.

Editor's Note: This article was amended May 30 to cite the new panda enclosure in Berlin at 'Zoo Berlin' not at Berlin's Tierpark Zoo as previously stated.