Over-tourism is suffocating cities around the world. Here’s what you can do to avoid being part of the problem – short of staying home.

“More people are travelling – which is great! – but there are no hidden gems anymore.”

That’s a comment I overheard waiting in an immigration queue in Dublin last month. The travellers were talking about Dubrovnik, and how crowded all destinations seem lately. The idea struck me in a weird way. Sure, more people are travelling than ever – which is good. People are broadening their horizons. But reducing destinations to an ever-shrinking collection of “hidden gems” to be ticked off a bucket list is the kind of attitude that’s fuelling over-tourism.

All these places have been inundated by more tourists than they can handle, both domestic and foreign. Visitors are overcrowding, littering, acting drunk and lewd, causing environmental damage, failing to respect local culture, inappropriately touching or taking things and driving up rents.

At the same time, no one should be discouraged from travelling. So how can you be a better tourist? 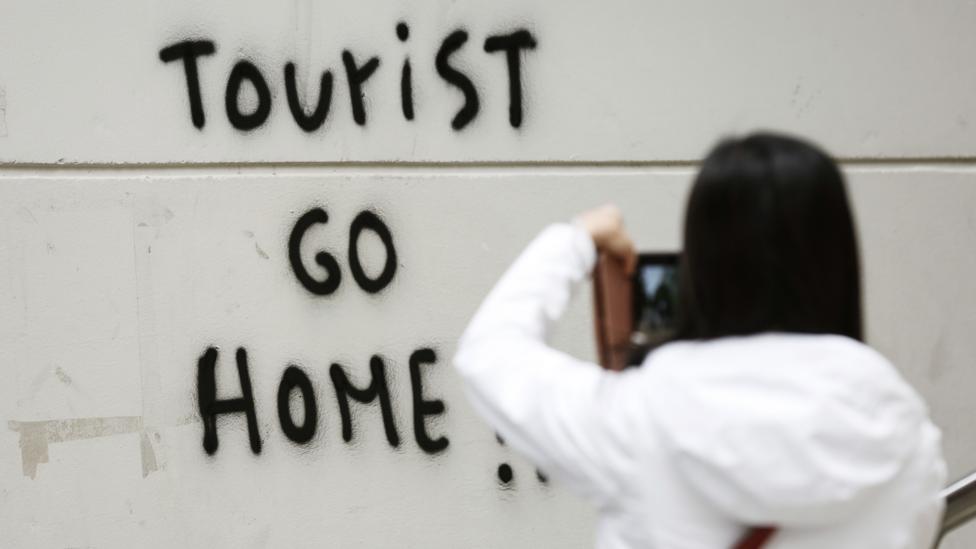 In 2013, journalist Elizabeth Becker looked at the issue of over-tourism in Overbooked: The Exploding Business of Travel and Tourism. “Nobody understood what I was talking about,” she said.

But now it’s a reality that cities across the world are grappling with.

There are many factors for this boom: a growing global middle class, cheaper airfares, ambitious tourism targets set by governments and FOMO-inducing social media.

To do your part, maybe it’s worth examining why you want to travel in the first place.

In May, I walked along the east side of the Berlin Wall – the Communist side of the 12-foot high concrete barrier that divided the city for decades. Before the wall came down, political or cultural graffiti of any kind was banned on its structure. Now, it’s a 1.3km-long gallery of street art and murals – an homage to the freedoms that have flourished since the city reunified.

But finding room to appreciate the site and its symbolism was tricky. At three places, young travellers were staging lengthy amateur photo shoots, striking poses and monopolising swathes of space. (Art-covered walls like the “Insta-worthy” angel wings mural in tourist-smothered Nashville commissioned by Taylor Swift command massive queues of visitors.) Locals and fellow travellers alike both had to manoeuvre to get around the self-involved spectacle.

To be fair, this style of staged influencer photo is apparently wearing thin with the Instagram set. Still, the idea of securing proof of your trip, making it (and you) look fantastic and then beaming it out to everyone you know is a driving force of over-tourism.

“The question is, do you want to go to a place – or show people you’ve been to the place?”  says Eduardo Santander, executive director of the European Travel Commission.

“Half the reason people have superficial travel experiences is because they’ve made superficial plans,” says journalist Becker. She encourages people to do more than read a paragraph in a guide book or copy friends on Facebook, then parachute into a city and get the same selfie they did. Otherwise, you risk committing what Becker calls “drive-by tourism”, which stokes many of the symptoms of over-tourism, like overcrowding and irritating locals. 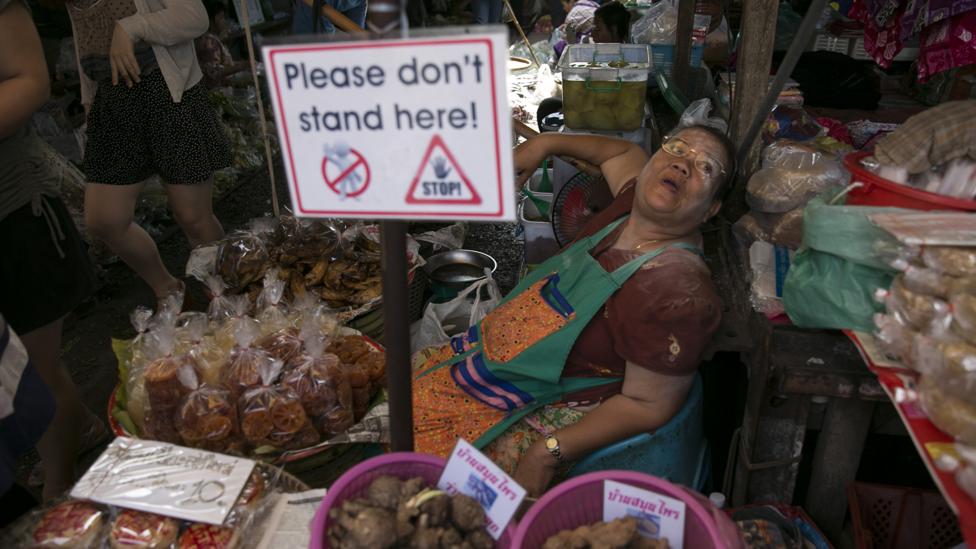 Another strategy is to ask yourself what you really want to do and see, rather than seeing something for the sake of seeing it. Becker recommends not doing things you wouldn’t do back home. If you don’t like museums, for example, don’t clog up the Louvre and whiz through without a clue what you’re seeing, she says.

Santander at the European Travel Commission agrees that blindly going through the motions without any research leads to a predictable trip: “You go to different places, but the experience is always the same: it’s an airport, which has the same shops, some trains, some of the monuments are different.” Plus, it makes the most famous sites more congested.

“If you’re going to Prague, instead of spending two days, spend a week – and don’t go to the tourist places. Go all around it,” Becker says. “Maybe you’ve actually read a novel – even a Czech author. Maybe a history book, modern politics – so you know [more about] where you’re going. Soak up that one place, and I promise you can avoid the crowds.”

If you go to Paris, it’s understandable that you’d want to see the Eiffel Tower. But a whirlwind tour of only the main attractions exacerbates over-tourism. Instead of seeing sites that are swamped, consider travelling farther afield.

In Iceland, tourists are being encouraged to visit more remote locations, beyond the hotspots of Reykjavik or the Blue Lagoon, an initiative which pumps money into the economy in a way that helps locals more. That’s crucial for places like Iceland, whose population is just 340,000, but which welcomed 2.3 million foreign overnight visitors in 2018.

The question is, do you want to go to a place – or show people you’ve been to the place? - Eduardo Santander

“That is helping this tourist infrastructure, because they’re customers who will sustain companies in rural Iceland,” says Sigríður Dögg Guðmundsdóttir, public relations manager at Promote Iceland. “This is also really important for locals, because there are so few of us.”

You can also use apps to make sure you’re not making a crowded place even more crowded. Martha Honey, executive director of the Washington, DC-based Center for Responsible Travel, mentions an app in Amsterdam which sends notifications to your phone if part of the city is busier than usual.

With trips like cruises, Honey says choosing smaller vessels or going further off the beaten path helps with congestion and also ends up being a better vacation – perhaps even enabling you to find a genuine “hidden gem”.

“Rather than go on a big cruise in places like Venice, Barcelona, Dubrovnik, try going with smaller cruise ships. You may be going to these less-travelled places because smaller ships can go to smaller ports,” she suggests. 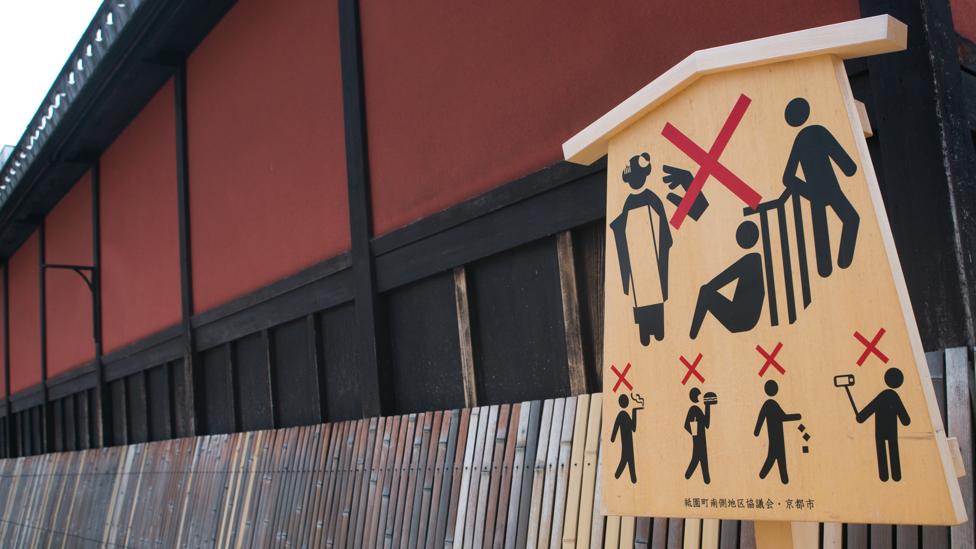 Over-tourism isn’t just flooding a place with more people than it can handle. It’s flooding the place with people who don’t know the ins and outs of the local culture. “People really want to do the right thing, but they have to know what the right thing is,” says Guðmundsdóttir.

Travellers 'are only borrowing places from local residents' - Tadashi Kaneko

That’s why destinations including Iceland and Japan have come up with campaigns to teach visitors how to behave. In Iceland’s case, it’s avoiding off-road driving, taking dangerous selfies in rugged terrain or walking on delicate mosses. Earlier this month, the Japanese city of Kyoto started handing out multilingual leaflets and paper lanterns to visitors with messages describing proper decorum: don’t touch geisha apprentices, for example.

A lot of this information can be found at information centres or online. Travellers must keep in mind that “they are only borrowing places from local residents”, says Tadashi Kaneko, executive director of global strategy headquarters of the Japan National Tourism Organization.

Then there’s choosing responsible accommodation. Despite Airbnb adverts that promise you’ll “live like a local”, many Airbnb experiences involve collecting a key from a lockbox and never meeting the local host, let alone any friends. And while you may save some cash, you might be fanning a fire that forces out locals – or worse. The Center for Responsible Travel’s Honey reminds tourists to double-check if the lodging they’re using is legal in the destination, because sometimes it isn’t.

“Do a Google search – see if there’s been issues. If you’re going to Barcelona or Charleston, South Carolina or Savannah [in the US state of Georgia], these cities have really been feeling the impact of too much property being shifted over to short-term rentals,” says Honey. 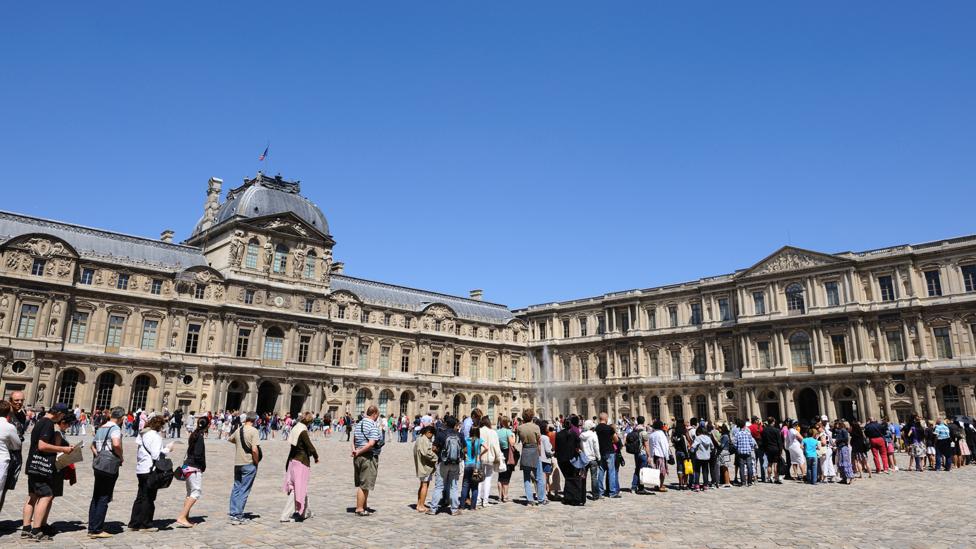 Tourists queue in front of the Louvre in Paris in 2017. The museum shut down for one day earlier this year after employees walked out due to overcrowding (Credit: Getty Images)

With so many newcomers to the global middle class from rapidly developing countries, do all these tips even apply? It’s one thing to seek out less visited destinations if you have the money to return to the country someday. But what if it’s your very first trip overseas, you’re excited, with no guarantee you’ll ever be back? Who could blame you for prioritising packed big-name sights? Of course you’d want a selfie in front of the Leaning Tower of Pisa.

Becker says the same tips do indeed apply. In fact, being cognisant of your limited budget or treating travel like the precious opportunity it is not only helps you be a more mindful tourist – it helps curb spending.

“If you don't have a lot of money, you tend to plan your trips better,” she says. “You will make that appointment to see the Eiffel Tower [instead of showing up and queueing]. You will search the internet for the best value in lodging. You will read up on your destination. You will find that low-priced non-stop flight. None of that costs money.” She says many package tours – the “cram-it-all-in” affairs that the industry pushes aggressively – are not only filled with hidden fees, but also exacerbate the “drive-by” tourism that leaves you with little to remember.

So whether you’re a first-time traveller or a vacation veteran, you can be a better tourist. What’s more, over-tourism can not only harm local cultures, but the travellers’ own experiences.

“Though it might be perceived as such, I do not feel giving up visiting a popular destination is objectively a sacrifice for those who don’t get to travel often. We are at the point where over-tourism is ruining vacations for those who may only have one shot to experience a new country,” says Samantha Bray, managing director at the Center for Responsible Travel. “Are the memories of France you want to take home a snapshot of the crowds of people all trying to take photos of the Mona Lisa? Being crammed next to hundreds or even thousands of people on a beach?”

The biggest thing to keep in mind, no matter where you travel, is to be well-researched, respectful and genuinely curious about the destination. Don’t fall victim to what Honey calls “selfie culture” and “bucket list culture”. Treat the destination as you would your own home – not as a “hidden gem” that you throw money at to get a certain experience you feel entitled to.

“A lot of people think they have the right to go anywhere they want,” Becker says. She says it’s a privilege. “The right to travel doesn’t exist.” 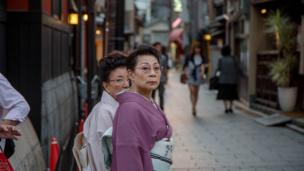