Some swear that microdosing enhances productivity, creativity and general wellbeing.

Can you really boost your work performance by ingesting tiny amounts of psychedelic substances? The current microdosing mania started about a decade ago and has been particularly influenced by Silicon Valley workers looking for an extra spark. But now that microdosing is spreading beyond tech industries, does it live up to the hype?

Scientific results are slowly coming in. In one recent trial, microdosers experienced more connectedness, creativity and happiness on the microdose day, and also showed more productivity and focus the following day. But while the findings were mostly positive, there was an increase in emotional instability over the course of the six-week trial.

One takeaway from the research is that most microdosing benefits don’t carry forward to subsequent days. The standard regimen of one-day-on, three-days-off may not be the most efficient for maximising work gains; some swear by a microdose every weekday. This would make it less of a special-occasion substance (like a Friday afternoon gin-and-tonic) and more of a daily fixture (like a morning coffee).

Due to the illegality, it’s hard to imagine HR departments recommending LSD or magic mushroom stations in workplace kitchens. This might change with more conclusive scientific evidence on the benefits and as the movement to decriminalise magic mushrooms grows. Given the potential of psychedelics to treat depression, the rise of microdosing may lead to fewer lost work days due to mental health – though of course it won’t resolve stress caused by work itself.

This is one of the 101 indispensable things you need to know about work today. Click here to see the rest. 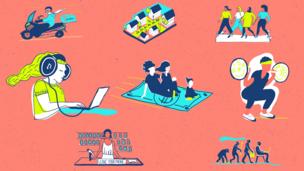