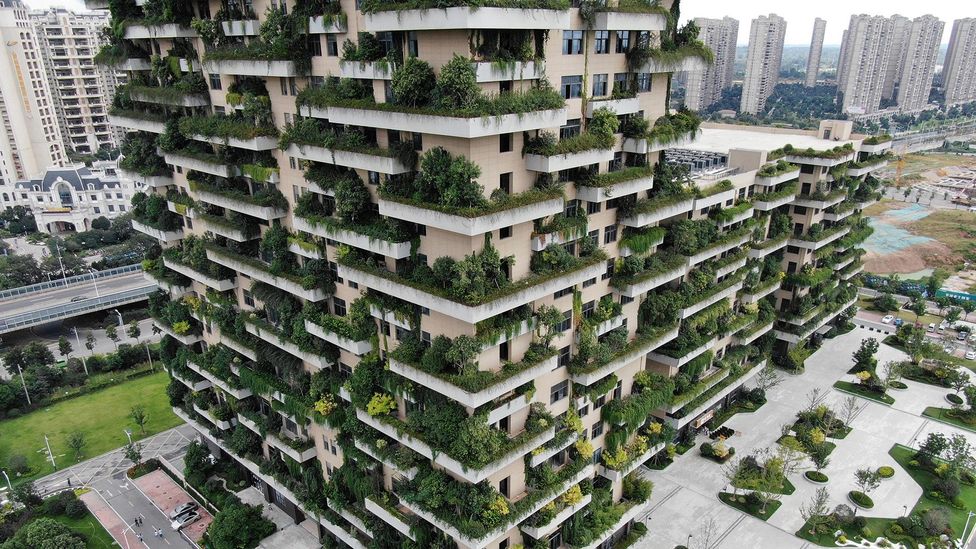 By Veronique Greenwood 30th July 2019
Improving indoor air quality may boost cognitive abilities as well as health. So how should buildings be designed to make us more productive?
A

A strange fragment of memory cropped up each time Holly Samuelson went into the washroom at her office: high school biology class. “It happened a few times,” she says. “Then I realised it was the smell that was bringing me back.”

The memory was of dissecting a specimen preserved in formaldehyde, a suspected carcinogen that prevents decomposition. Formaldehyde is also sometimes used in glues in inexpensive wooden furniture. Samuelson, an architect, realised the bathroom cabinets were likely the source of the smell. They had probably been releasing formaldehyde fumes for some time, unnoticed by anyone except her subconscious.

Situations like this – where a potentially unpleasant substance quietly accumulates indoors –  are not as uncommon as you might assume. Although we spend 90% of our time inside, the quality of the air in our offices, homes and schools can be poor, scientists have found, thanks to the release of gases and volatile compounds from furnishings, particulates from cooking, and other sources, all compounded by poor ventilation. That’s despite the fact that low air quality can interfere with workers’ productivity and lead to lower scores and more absences in schools. It’s also, in more extreme cases, been linked to “sick building syndrome”, a set of symptoms that can include headache, sore throat and nausea associated with being in a particular building. 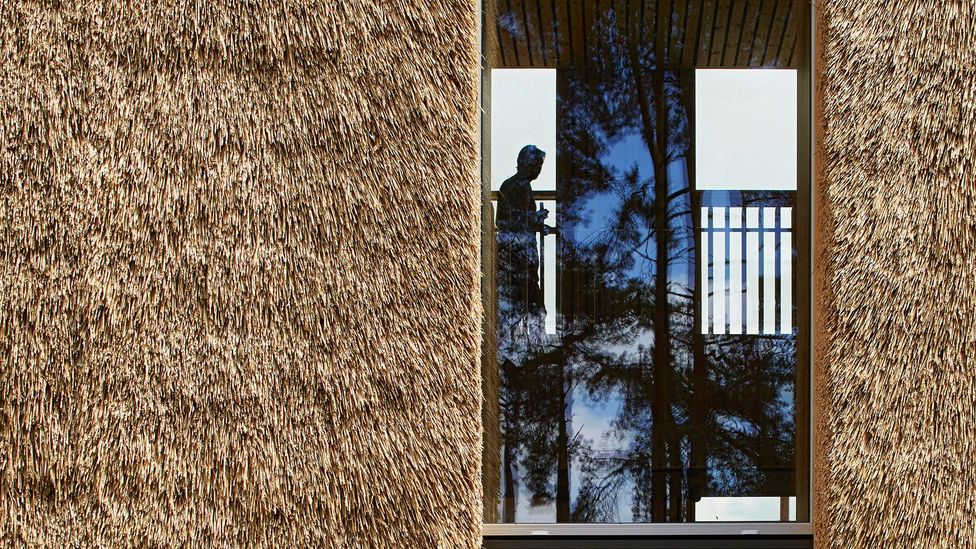 Modern-day buildings are dynamic; breathing as new air is filtered inside, and shrinking or swelling in response to the weather (Credit: Getty Images)

One potentially positive trend is that building codes that certify structures for energy efficiency and green practices, like the US Green Building Council’s LEED system, sometimes award points for strategies to improve indoor air, like not using furniture that emits formaldehyde. As numbers of such buildings explode – from 2006 to 2018, LEED-registered buildings grew more than 200-fold in the US alone – researchers are wondering whether they will change the indoor air quality game.

Air quality and energy efficiency have not always gone hand-in-hand. As early as 1983, the World Health Organization noted that well-sealed buildings with windows that could not be opened were linked to sick building syndrome. More people had been feeling ill in buildings since energy efficiency measures in the 1970s led to more enclosed homes and offices. But it took a long time for indoor air quality to be taken seriously.

Chemist Charlene Bayer investigated many early cases of sick building syndrome in the 1980s and 90s. One office building she looked into provided an example of design choices gone horribly awry: the office washrooms, next door to the hydraulic elevators, were equipped with then-popular automatic deodorisers. When the elevators moved, they created a vacuum which drew in the deodoriser chemicals. When the elevators doors opened on a new floor, the substances were released as well.

“It distributed this stuff on every floor. And it got high enough that sensitive people started responding to it,” she says. “That was very, very early on when we were trying to convince people that indoor air [quality as a field] really had a reason to exist.” 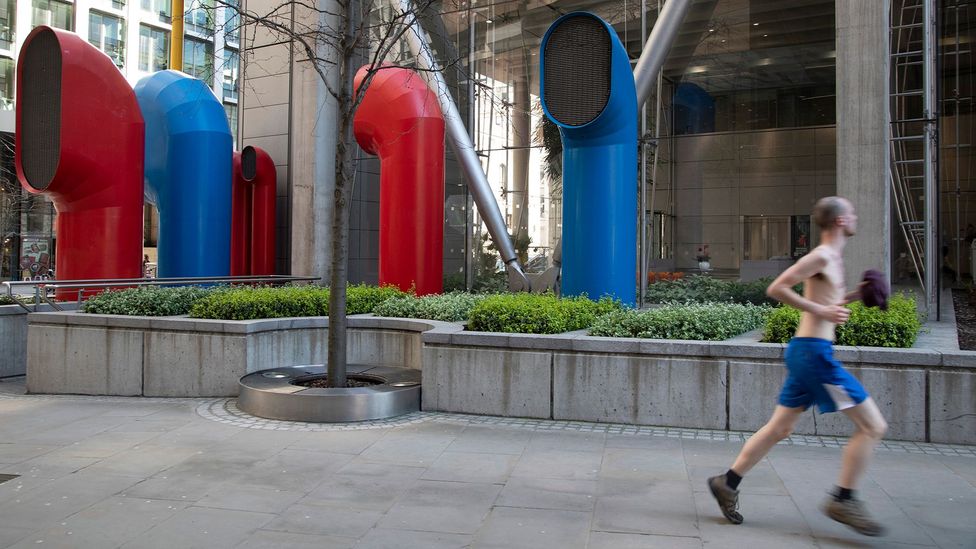 Thirty years later, there’s more awareness, she says. But good air quality is still something that needs to be actively managed: “Buildings are very dynamic,” Bayer says. “That’s something people don’t understand.” They carry within them the exhalations of hundreds of humans, the off-gassing of yesterday’s dry-cleaned suits, the fertiliser someone is adding to desk plants, the dust off shoes. They have mechanical ventilation systems, forcing air out and bringing new in, or they are intended to have their windows open whenever possible. In the summer they swell with humidity, in the winter they might shrink. They are not static objects, but shifting systems within which we live the majority of our lives.

Ventilation, your brain and your body

Even with increased awareness about indoor air quality, sick buildings still crop up. Joseph Allen used to be a full-time consultant who was called out to investigate buildings gone wrong. Sometimes it was a routine check for mould or asbestos; other times it was more esoteric, like when he probed a suspicious spike in cases of Bell’s palsy, a sudden weakness of facial muscles, among people in an office building. In that case, an underground plume of volatile organic compounds (VOCs) leaking into the building’s air was discovered.

Now a professor of public health at Harvard, Allen has turned to understanding how health problems can be headed off by designing buildings better – in particular, he studies the cognitive effects of different levels of ventilation. Green building schemes, of which there are many, give buildings points for achieving certain design goals, like using environmentally-friendly materials or being energy efficient. Some give points for features related to indoor air quality, including greater ventilation.

So it might seem like a given that green-certified buildings are better for air quality. But that’s not necessarily true. Some studies have found that they can be stuffy, and very few have compared air quality in green buildings to non-green buildings. Fewer still have explored the link with health and productivity. What’s more, the various schemes do not place equal value on the air question; if a building scores highly enough in areas like energy efficiency, there’s no need for its designers to try for points related to indoor air quality. 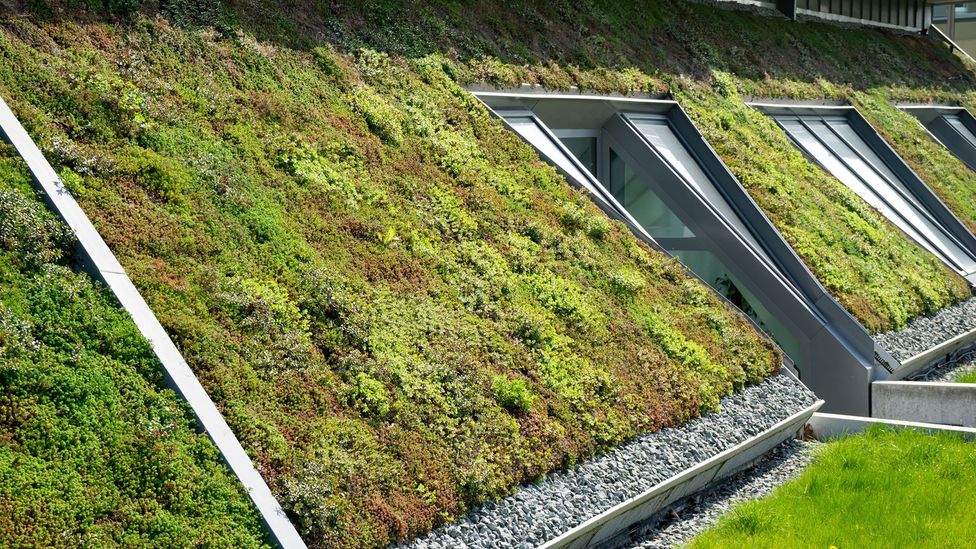 A bit of air quality care can go a long way, such as simply opening the windows when outside air is clean or running the ventilation system more often (Credit: Getty Images)

Still, Allen ran a study in which office workers took cognitive tests in rooms mimicking green offices. Some rooms had low levels of VOCs, similar to what might exist when low-emission building materials are chosen. Others also had higher levels of ventilation. Scores on decision-making and critical thinking tests were higher in these rooms than in those mimicking conventional offices, with low VOCs and higher ventilation being a particularly potent combination.

Outside the lab, one particularly well-designed study published this year looked at matched pairs of green buildings and non-green buildings in Singapore. The green buildings had lower levels of particulates, bacteria and fungi, and were more consistent in their levels of humidity and temperature. Perhaps most interestingly, of the more than 300 workers interviewed in the study, those in green buildings were at lower risk for headaches, skin irritation and fatigue while at work. The study didn’t look at long-term health, a much more expensive and difficult proposition. But it’s a start.

Holly Samuelson, the architect, is now a professor at Harvard’s Graduate School of Design specialising in design for environment and health. She suggests that perhaps the most important change in terms of air quality management to come from green building codes, so far, is that they have created a market for interior fittings, paint and furnishings that are better for air. Ten years ago, there were far fewer options.

“It was very difficult, for example, to find paint that could meet the low VOC guidelines,” she says. “Within a number of years, it was just easy… What was so hard to find 10 years ago is just typically used now.”

Green buildings may hold out the hope of a new era of construction that benefits both humans and the environment. From a scientific perspective, while the approach has promise, more work is needed to make a conclusion. In the meantime however, Allen says you don’t need a fancy building or even a new one to get good indoor air quality. “With just a little bit of care, they can turn into high-performing spaces,” he says of older buildings. 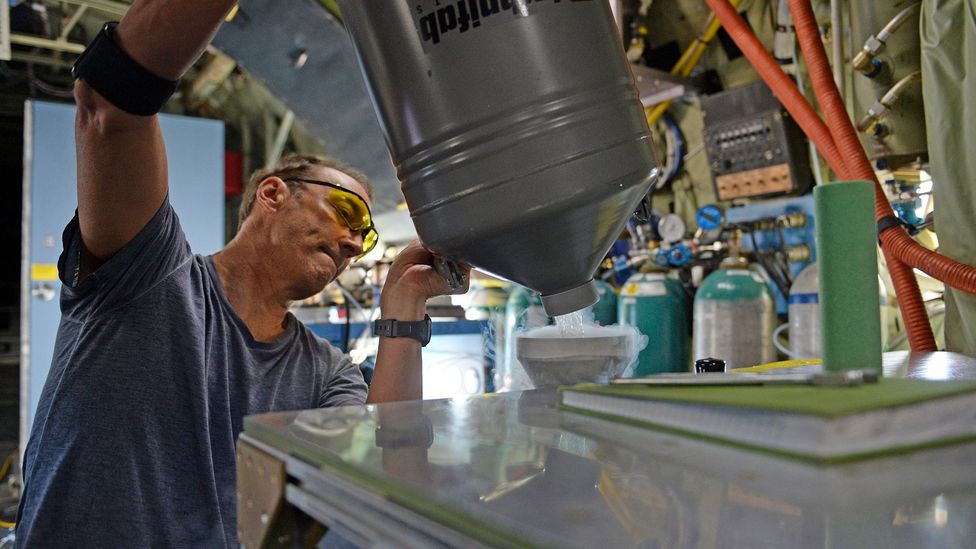 “Sick building syndrome” is a set of symptoms including sore throat and nausea associated with being in a particular building (Credit: Getty Images)

There’s low-hanging fruit when it comes to improving ventilation, as even existing design standards to keep air moving are not always being followed, especially in schools, says William Fisk, a mechanical engineer at the US’s Lawrence Berkeley National Laboratory. It costs money to keep fans running longer, and buildings designed to have their windows open might be shut tight to save on energy while compromising the clear-headedness of people indoors. But there can be very significant benefits to investing in air quality.

“Pay attention to the economic implication of improvements in health and work performance,” he says. “They are large, compared to what it takes to improve buildings. If you can improve worker performance by just a few percent, that’s a lot of money… The potential for economic benefits should not be overlooked.”

Breathable offices are one of the 101 essential ideas shaping our work-life future. Click here to see the rest.