Many millennials aren’t satisfied with their jobs. Some are taking the drastic measure of starting ‘minternships’, purposely returning themselves to the bottom of the career ladder.

At 29, Alejandro Cavazos led a team of more than 25 people at a multinational welding manufacturing company in Mexico. He drove around Monterrey in a company car, flew business class and enjoyed all the benefits of a cushy corporate position.

Remembering those days, he laughs in disbelief. “I don’t have any of that now,” he says. “And I don’t miss it at all.”

Today, now aged 32, Cavazos is back at the bottom of the ladder. As an intern at a tech hub in Barcelona, he earns 500 euros per month ­– less than half of the minimum wage. Instead of driving a company car, he rollerblades to work; with his part-time salary he couldn’t afford public transport, anyway.

In exchange, he gets to participate in projects dealing with modern urban design, and to picture himself as an actor of change, instead of a gear in a huge corporation. Cavazos has willingly become a ‘mintern’, or middle-career intern.

And he’s not alone.

Millennial job dissatisfaction is high: according to Deloitte’s 2019 global survey of more than 13,000 people, 49% of millennials will quit their jobs within the next two years. About a quarter of them reported having left an employer in the past 24 months. As an alternative, many millennials who began in traditional, career-track jobs have started to regard internships as an opportunity to relaunch careers, or switch professional paths before it becomes too late.

Some, like Cavazos, have even renounced high-paying management positions for a chance at personal fulfilment. As an industrial engineer Cavazos lacked a sense of purpose; the unease deepened every time he got stuck in Monterrey’s traffic jams or read statistics about rising pollution and crash-related deaths.

“I’d ask myself, what am I bringing to the world?” he says. “How am I leaving a mark? What else could I be doing instead?”

Soon after turning 30, he quit his job and enrolled in a master’s degree at the University of Barcelona. The internship came about as a requirement of his graduate studies. For him, the transition came quite naturally.

Author and demographer Neil Howe, who coined the term “millennial generation” in a 1991 book, sees minternships as an expression of this generation’s core values and behaviours – being open to change, and the desire to be challenged. “A Gen Xer in the 1990s would have found it insulting to be called an intern,” Howe says, “whereas millennials find value in having mentors teach them new skills.”

However, Howe says that middle-career internships may have risen from the fact that internships have become much more normalized in recent years, especially due to the shifting economic reality of an unstable job market. Companies simply don’t want to pay as much for labour to de-risk themselves – and interns are cheaper than employees.

Namuli Katumba was 34 when she started her internship at a PR agency in London. At first she didn’t reveal her age to her much-younger managers.

“I didn’t want them to feel uncomfortable or awkward,” she says. “And I had this sense of inadequacy, despite the fact that I was coming from signing multi-million pound contracts with major brands.” For years, she had been the account manager of a big IT firm, a high-powered position with plenty of benefits, including copious monthly commissions and a flashy status. 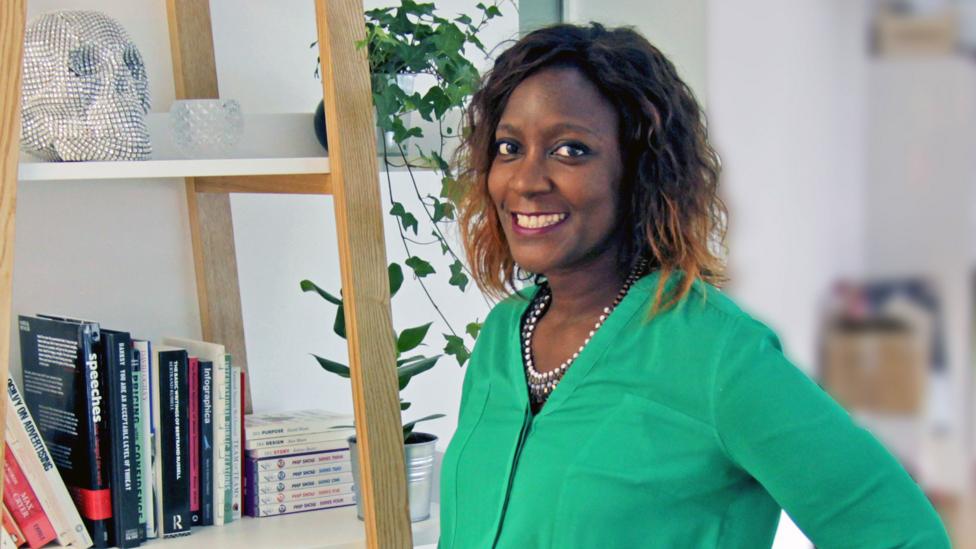 Namuli Katumba was 34 when she left her position as a manager at a big IT firm, and started her minternship at a PR agency in London (Credit: Namuli Katumba)

After a bigger firm acquired her company, she began to ponder her purpose. And she wasn’t actually enjoying herself at work. “I spent the majority of my life at the office, and I started to re-evaluate,” says Katumba. “I was becoming a cog of a much bigger machine. And what was I getting out of it, besides money?”

Katumba quit her job before figuring out her next step. Soon she was starting a mininternship after a friend suggested that her skill set would be useful in a PR environment.

Financially, the transition was rough. She replaced her executive salary for minimum wage, and swapped her prodigious apartment near the city’s financial centre for a shared sublet in the bustling Hackney neighbourhood. Learning how to coexist with two flatmates after having lived on her own, Katumba says, was “bigger than the career change”.

I was becoming a cog of a much bigger machine. And what was I getting out of it, besides money? – Namuli Katumba

Yet like Cavazos, Katumba believes that switching a “money-driven mentality for a happiness-driven one” was the best decision of her life. Since her minternship she now works with a start-up that provides IT consultancy services to a variety of companies. She still shares an apartment with two roommates, but has grown to enjoy the arrangement – just as she now loves the hip, unpretentious bars of her new neighbourhood.

“As a generation, we should not be scared to say, ‘I’m not happy and I want to do something about it’,” says Katumba. “I used to think I would always have to be looking at the next financial step, that I would have to get expensive drinks with certain people for them to realise I’m a big shot. I never thought that happiness could look like this.”

‘I wasn’t an intern emotionally’

If mid-career internships can be awkward, they also can be free of the self-doubt of early work experiences. Jena Booher quit her sales trader job at JPMorgan Chase after dealing with postpartum depression, and enrolled in a master’s degree in health counselling. She recalls the “humbling experience” of suddenly being treated like a peer by people in their early 20s.

From Manhattan’s Wall Street, where she was surrounded “by the one percent”, Booher went to the New York City borough of the Bronx for her required internship. There she spent months serving people with severe mental illnesses, and she was the oldest person on staff. Her position as an intern was “confusing” for some of her colleagues ­– especially considering she used to run an intern program at JPMorgan. 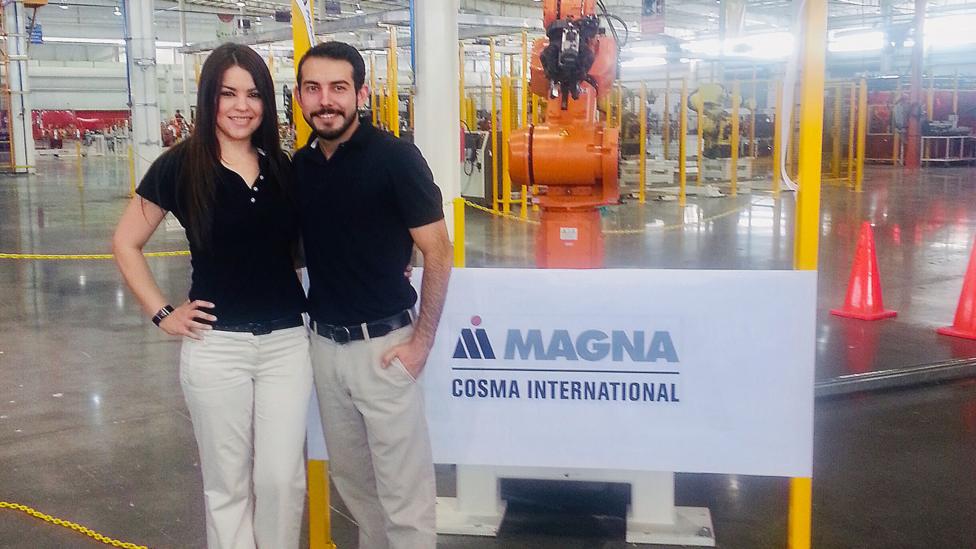 But she didn’t experience many of the normal anxieties of working for the first time that come with being an intern. “I wasn’t an intern emotionally,” she says. “I didn’t worry about making sure I was proving my value, or about what people thought of me.”

Juan Irigoyen, a sports writer at Spanish newspaper El Pais, recalls similar feelings after his minternship. “When you’re in your 30s … you know what it means to get work done and grow in a company.”

Before starting his newspaper internship at age 30, Irigoyen used to be an exports manager at his siblings’ meat company in Argentina. He had landed the job more or less by chance, without having actively chased it, and eventually grew to be quite good at it. The business was expanding, he had several underlings and led what he now describes as “a pretty sweet life” in Buenos Aires.

It’s like a déjà vu to a time in your life in which you were happy, but that you wouldn’t necessarily repeat – Juan Irigoyen

As his 30s got closer, however, he began to think about all the alternative career paths he had let go. “I realised I wasn’t 20 anymore, but I wasn’t yet 40,” Irigoyen says. “It was the right moment to reinvent my life."

In his early 20s he had worked as a teaching assistant, and enjoyed the feeling of understanding things and explaining them to people. He was fond of storytelling, which had no place in his current job. He decided to enrol in a journalism masters in Barcelona.

After having been a manager for years, readapting to student life was challenging. Most of his classmates were in their early 20s, and he had to get used to not having a steady income. “It’s like a déjà vu to a time in your life in which you were happy, but that you wouldn’t necessarily repeat,” he describes.

After his minternship Irigoyen landed a permanent contract at the sports desk, where, seven years later, he still gets to write stories every day.

“I just aspired to be satisfied,” he said recently during a phone call from Rio de Janeiro, where he had been sent to cover the Copa America. “And I have found a moment of happiness.” 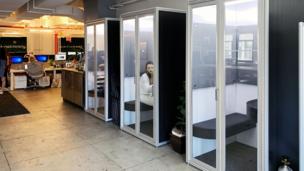 Can 'pods' save us from open offices? 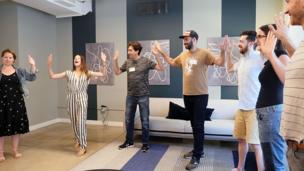 The office where phones are banned 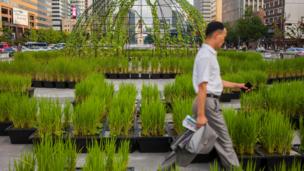