With a rapidly ageing population, low birth rates and young people who are increasingly shunning marriage, South Korea is in a population conundrum.

When countries undergo economic change, the effects of the transition aren’t only financial – they have major population implications, too.

This is very much the case in South Korea where, over the last three generations, the country has evolved like few others due to rapid industrialisation. Today, South Korea has a $1.6 trillion economy – the fourth largest in Asia after China, Japan and India.

As South Korea has transformed so too has its population, and very quickly at that, leaving the country in a true population paradox.

It is undergoing an extreme, rapid example of what demographers call the ‘demographic transition’, a period of population swell, decline and eventual stabilisation that occurs as countries get richer. For South Korea, this means both a large, rapidly ageing population as well as a low marriage and birth rate that doesn’t adequately replace the dying generations – quite a conundrum for the future of the nation. 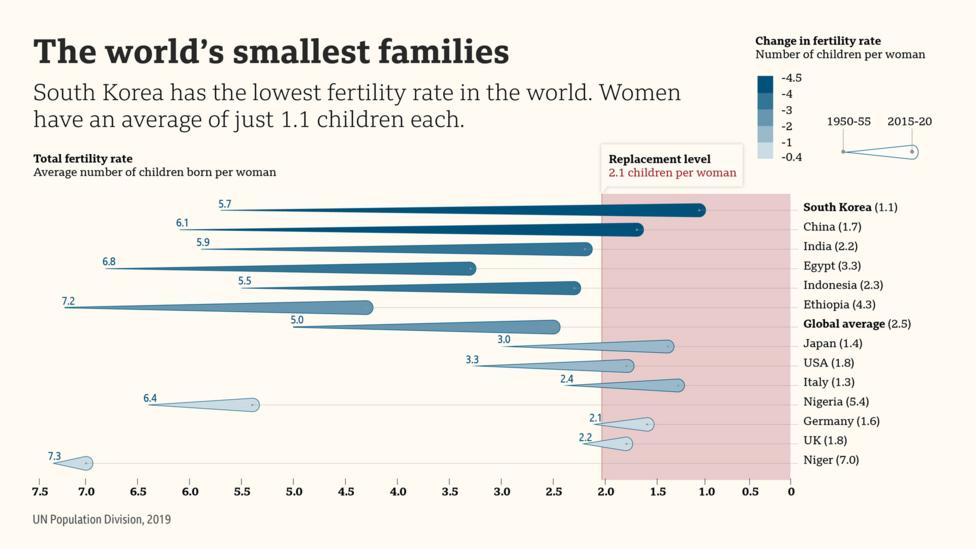 South Korea has the lowest fertility rate in the world.

The average South Korean woman has just 1.1 children, lower than any other country. (For contrast, the global average is around 2.5 children.) This rate has been declining steadily: between the early 1950s and today, the fertility rate in South Korea dropped from 5.6 to 1.1 children per woman.

How does that affect the country’s future population? It’s actually quite a population paradox for a rapidly ageing society. That is because a key factor in population stabilisation is what’s called ‘replacement rate’: the point at which the total number of children born per woman in a population exactly balances out the number of elder generation deaths. Across the world, this number is 2.1 – which means that fertility rates in South Korea do not reach the replacement level.

In other words, women aren’t having enough children in South Korea to stabilise its population without migration. 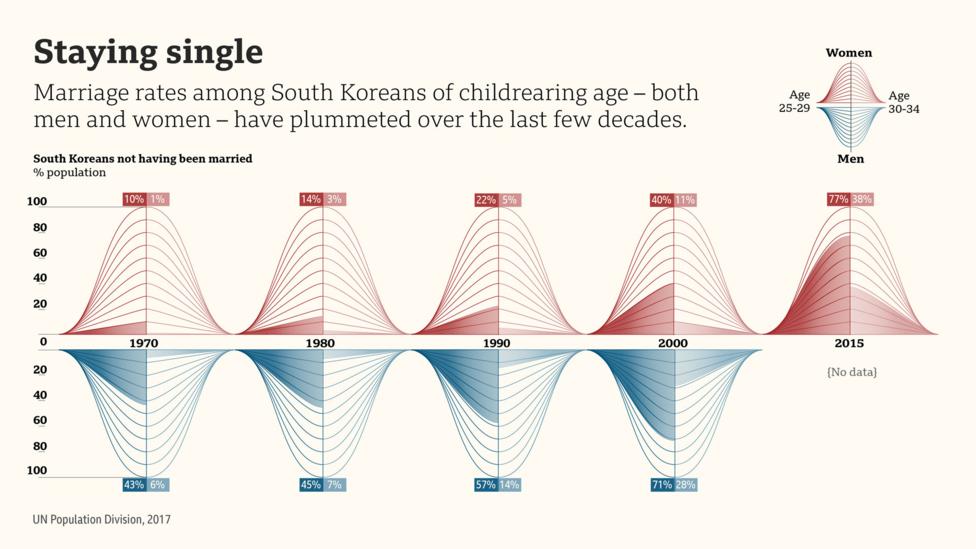 South Korean women aren’t simply choosing to have fewer children – some are opting to forego romantic relationships entirely. An increasing number are choosing never to marry at all, turning their backs on legal partnerships – and even casual relationships – in favour of having independent lives and careers in what can still be a sexist society despite economic advances.

The shift is part of a rising social phenomenon in South Korea: the Sampo Generation. The word ‘sampo’ means to give up three things: relationships, marriage and children.

Statistics reflect the dramatic shift in culture: marriage rates among South Koreans of childrearing age – both men and women – have plummeted over the last four or five decades. In the 2015 census, fewer than a quarter (23%) of South Korean women aged 25 to 29 said they were married, down steeply from 90% in 1970. 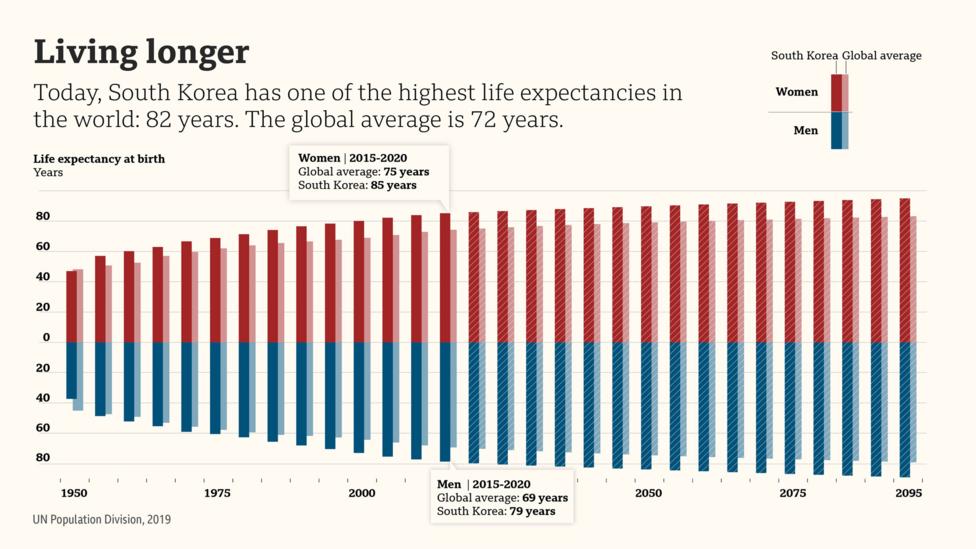 South Korea now has one of the highest life expectancies in the world – ranked twelfth highest for 2015-2020, equal with Iceland (Credit: Valentina d'Efilippo)

In later stages of the demographic transition, improvements in health care generally lead to a population with extended longevity. That is exactly what is happening in South Korea, where life expectancy has increased rapidly in the second half of the 20th Century amid industrialisation.

In the first half of the 1950s, life expectancy was just shorter than 42 years on average (37 for men, 47 for women). Today, the numbers look radically different. South Korea now has one of the highest life expectancies in the world – ranked twelfth highest for 2015-2020, equal with Iceland. The average baby born in South Korea can expect to live to the age of 82 years (specifically 79 for men, and 85 for women).

And the UN projects life expectancy will continue to improve; by the end of this century, the average baby born in South Korea will live to the age of 92 (89 for men, and 95 for women). A separate study published in the Lancet showed that women in South Korea are projected to be the first in the world to have an average life expectancy above 90 – with the researchers predicting a 57% chance this will happen by 2030. 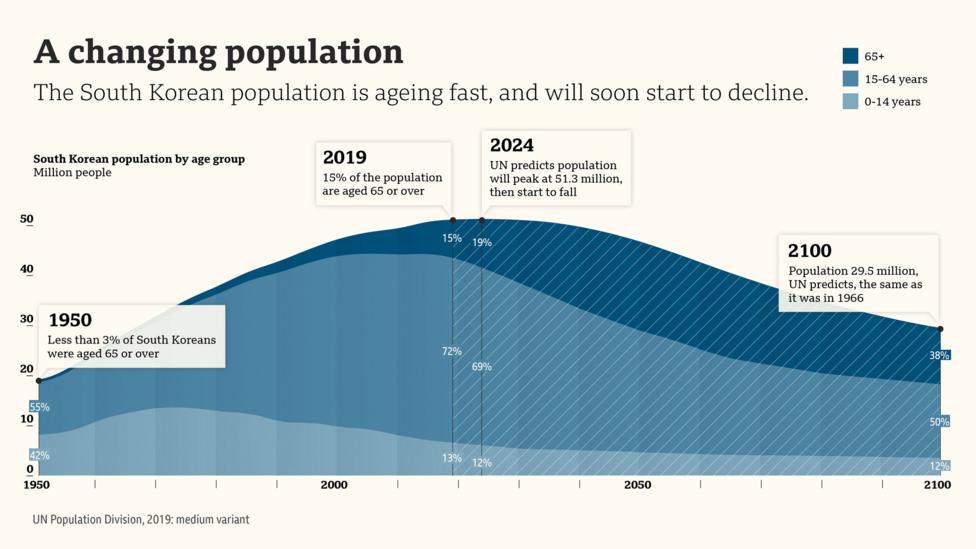 And with low birth rates, fewer marriages and longer lives, the trends combine to create a South Korean population that is actually ageing faster than any other developed country.

But these are only predictions based on the UN’s medium scenario. There are many factors at play, including whether fertility or migration patterns change. This means that South Korea’s population future could shake out right as predicted – or look very different altogether. 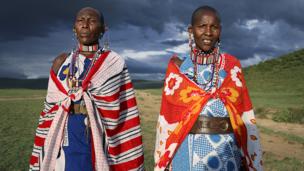 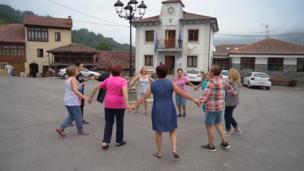 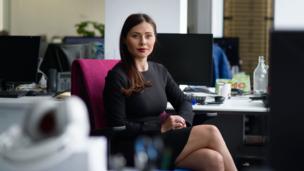