Channelling your inner Muhammad Ali might not always be as reckless as it sounds. Zaria Gorvett explains.

There are three chickens, dancing in a line. With their bodies held up by pairs of white-gloved hands, they sway and swerve in time to “Upside Down” by Diana Ross. As their bodies move, their heads remain perfectly still; it’s as though they’re held in place by some invisible force.

No, this wasn’t a – rather fabulous – dream of mine, and yes, I am going somewhere with this.

The hypnotic scene was concocted by the luxury car manufacturer Mercedes-Benz, as part of a viral advertising campaign to promote their new “Intelligent Drive” system back in 2013. It turns out chickens have secret ballerina reflexes, which allow them to keep their heads stable at all times. Mercedes-Benz wanted us to know that their cars have this “Magic Body Control” too.

Though trash talk is usually associated with self-aggrandising sports egos, there are plenty of juicy examples in other industries, from marketing to politics to law

One of their arch rivals saw this as provocation. A few months later, Jaguar released a response: another advert, with another dancing chicken. The puppeteer observes in wonderment, “See, it's just like a Mercedes!” – right before the poor animal is eaten by a jaguar. Among a blizzard of feathers, they deliver their killer line: “Magic Body Control? We prefer cat-like reflexes.”

Though trash talk is usually associated with self-aggrandising sports egos, there are plenty of juicy examples in other industries, from marketing to politics to law. Even ancient kings did it; in one famous example, Philip II of Macedon sent his enemies a message boasting that if he brought his army into their land, they would be utterly destroyed, never to rise again – essentially, that he’d kick their behinds. The enemy leaders replied with a single word: “if”. 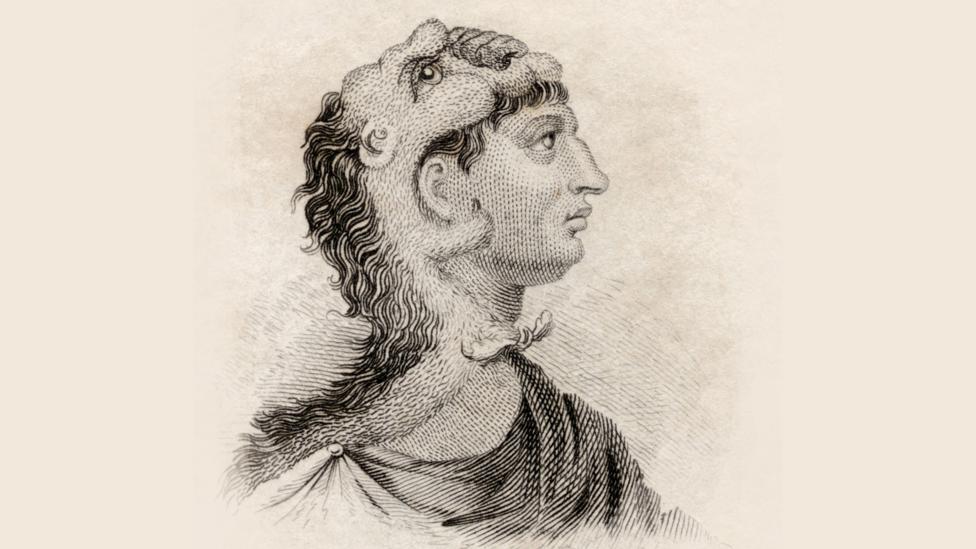 Even thousands of years ago, leaders – like Philip II of Macedon – weren’t averse to a bit of boasting (Credit: Alamy)

And though it might be hard to imagine a colleague laughing that their pot plant could give a better presentation than you, it turns out that, in fact, this kind of office chat is relatively normal.

The latest evidence suggests that these verbal contests have been creeping into the workplace – and they’re far more prevalent than you would expect. Last year Jeremy Yip, an expert in management from Georgetown University, along with researchers from the University of Pennsylvania, decided to find out exactly how prevalent trash talk is among the employees of Fortune 500 companies. They surveyed 143 people about their experiences, and found that 61% could remember instances of trash talk that had occurred within the last three months.

“It’s quite prevalent and quite frequent,” he says. “It’s shocking really.” So how is all this gutter talk affecting people? And should we all be honing our best put-downs?

But first – what actually is trash talk? The researchers defined it as “boastful remarks about the self or insulting remarks about an opponent”. Yip’s favourite example of the latter occurred in 1999, when London was preparing to celebrate the new millennium.

This included the construction of a giant Ferris wheel, the now-iconic “London Eye”, which was sponsored by British Airways. Alas, in the final stages, it became clear that it wasn’t going to be ready on time. Naturally this delighted Richard Branson, the billionaire founder of their rival, Virgin Atlantic, and he arranged for a blimp to fly over the half-finished attraction with a banner that read “BA can’t get it up!” 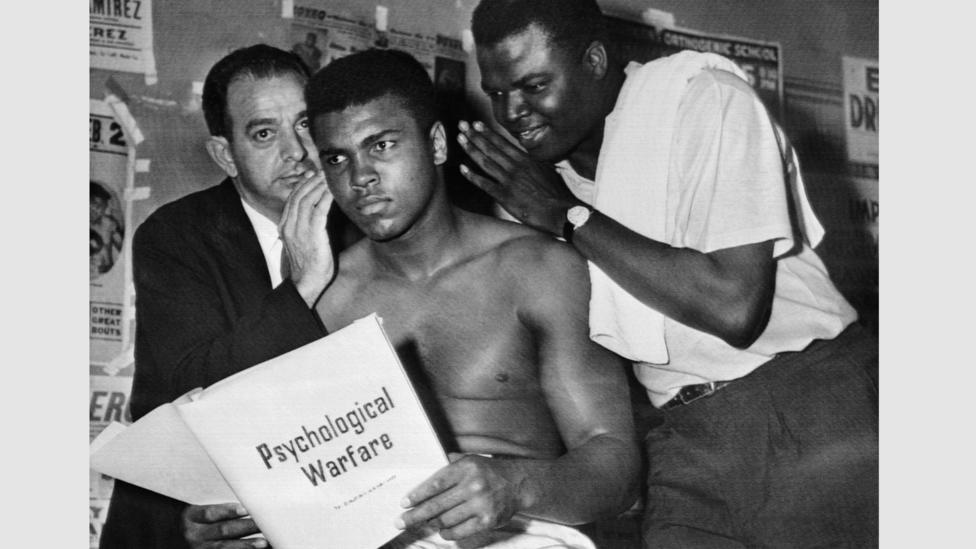 Legendary boxer Muhammad Ali levelled some of the most memorable quips of all time against his opponents (Credit: Getty Images)

To find out if this kind of trash talk might help people to get ahead, Yip and his colleagues invited 178 students to play an online game. Half the students had been prepped with some neutral chit-chat beforehand, while the others were riled up with comments like “hey dummy –you’re going to lose, and you’re going to lose bad…. end of story!!!!!!” They were all informed that if they won, they’d win the coveted prize of $1.

Incredibly, those who had been the targets of trash-talking performed significantly better than those who hadn’t. “That’s interesting because though we tend to think of it as being a way of intimidating another person, and diminishing their performance, what we’re finding is that when you’re the recipient of trash talk, you become extra motivated to outperform your opponent,” says Yip.

Incredibly, those who had been the targets of trash-talking performed significantly better than those who hadn’t

As Yip points out in his study, the workplace is a hotbed of competition, because this is the natural consequence when there aren’t enough resources to go around. In the world of work, these “resources” consist of bonuses, promotions and places on the most exciting projects.

Trash talk is just one way that this plays out – but it’s a risky business. “It’s a way of generating instant rivalry,” says Yip. Though you may have already been in competition with your colleagues, a rivalry is an entirely different beast. Now they will be determined to see you lose.

Another unappetising consequence of trash talk is that is that it leads to dirtier tactics. In a follow-up study, Yip’s team found that students who had been exposed to trash talk were more likely to exploit opportunities to cheat than their competitors. 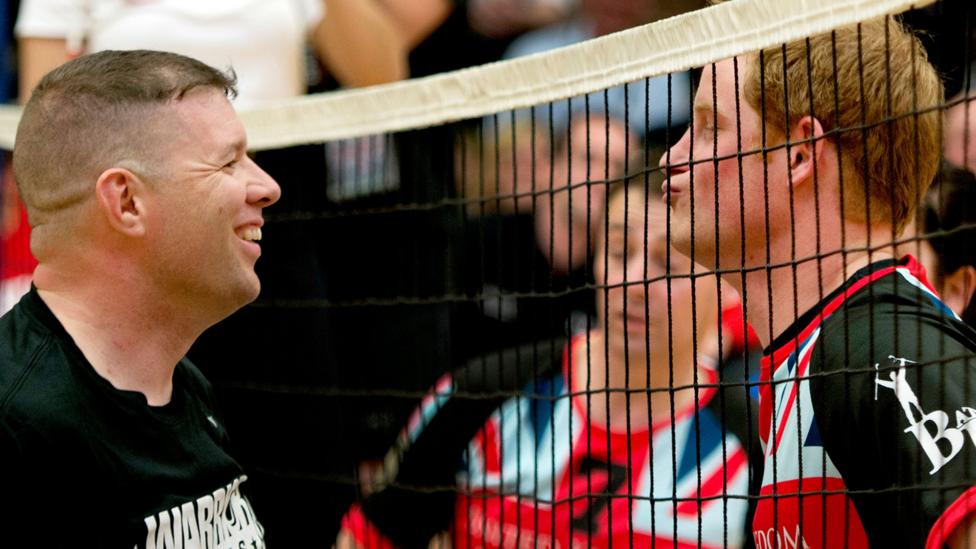 The art of distraction

But before you put down your book of Muhammad Ali’s most poetic insults, trash talk also has some tantalising upsides.

Firstly, if you can get your opponent to trash talk back, then it’s possible that you’ll both benefit from the extra motivation it provides. But if that doesn’t work, one major upside of trash talk is that it can be extremely distracting for your opponent.

As part of their study, Yip and his team tested whether trash talk would affect performance on a creative task, and found that those on the receiving end of the researchers’ carefully crafted provocations performed significantly worse. He suggests that this might be because creativity is extremely cognitively demanding – it requires thinking about several ideas simultaneously, and then configuring them in a new way – and trash talk makes it harder to keep your thoughts in the right place.

When the team asked people how they thought trash talk would affect a hypothetical opponent, there was a sizeable gulf between their expectations and reality

Oddly, this is the only consequence of the technique that people seem to be able to predict. When the team asked people how they thought trash talk would affect a hypothetical opponent, there was a sizeable gulf between their expectations and reality. “We accurately predict that it’s distracting, but we fail to predict that it can be motivating,” says Yip. “There’s basically a failed mental model here.”

Another study, led by Karen McDermott from the University of Connecticut, confirmed that trash talk can indeed be off-putting – especially when it involves bombarding people with such classic insults such as “Grab a straw because you suck!” – while they try to play the video game Mario Kart. As you might expect, the abuse made the players feel ashamed and angry. This was distracting, and these players tended to perform worse. 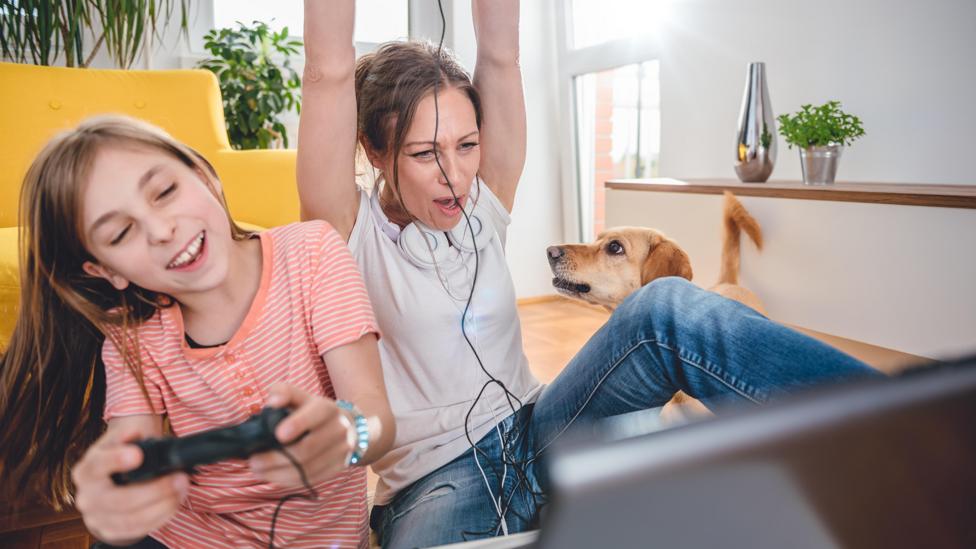 One study showed that trash talk can be off-putting in friendly competitive settings like playing video games (Credit: Alamy)

Talk yourself up, not others down

So would this – arguably highly unethical – practice also work in the office? And if so, how could it be deployed most effectively?

Trash talk is a surprisingly understudied phenomenon, considering its ubiquity, and no one has investigated its effects on workers in an office environment yet. However, McDermott is confident that her study provides some clues. “I think to a certain extent these effects would stand up in the workplace,” she says. “I think the element of distraction would be less though, because you’d be trash talked and then go back to your desk and think about it.” Instead, she speculates that the emotional effects of being talked down would linger in people who had been trash talked, and possibly affect their motivation, for better or for worse.

However, McDermott cautions that she had to choose the trash talk in her study extremely carefully. “A lot of it actually involves quite a lot of misogyny and homophobia – it revolves around emasculating people or telling them that they play like a girl,” she explains. “Of course, I didn’t want to really offend people, just to get a reaction out of them.”

Those considering introducing some competitive repartee to their day would be better off talking themselves up, rather than talking others down

To avoid descending down the slippery slope from trash talker into bully, those considering introducing some competitive repartee to their day would be better off talking themselves up, rather than talking others down. McDermott also stresses the importance of keeping it playful, and generating a rapport with the person you’d like to begin a verbal battle with beforehand; throwing around insults at random certainly isn’t going to make you any friends, and it might even get you fired.

Yip suggests avoiding trash talk among your fellow colleagues altogether – and instead using it to generate a rivalry between your organisation and an outside organisation. “I would say generally there are more negative consequences to trash talk among employees, because there’s a cooperative element to the workplace, where people are interdependent and need to work together on projects,” he says. While one of his studies found that trash talk can make people more motivated in competitive situations, it also showed that people won’t put as much effort into a group project if their colleagues are being uncivil.

Anecdotally at least, most people seem to know this rule intuitively already, since it’s much more common to find trash talk between “tribes” of people, such as companies, football teams and university colleges, than it is among individuals. “If you have employees at Google and you want to motivate them, you could try to trash-talking Amazon or Apple, and that may promote some of the beneficial effects,” says Yip.

So there you have it. If it’s deployed carefully, trash talk can give you the upper hand in certain situations. But you have to know the rules, or you may end up in court, rather than sitting in a bigger office. In the infamous words of the trash talk king himself, Muhammad Ali, do say: “I am the king of the world” Don’t say: “'I'll beat him so bad, he’ll need a shoehorn to put his hat on!”.