By cutting yourself some slack, you can future-proof yourself against annoying setbacks. Here's how.

It’s been a few weeks since I touched language-learning app Duolingo. At one point I was pretty on top of it. But one day I was too busy and it slipped my mind, and then the next day I did it again. “What the hell,” I thought, “I lost my streak yesterday so I may as well give myself another day off today.” Does this sound familiar?

This phenomenon is called the “What the hell” effect. “You feel like you have failed,” says Marissa Sharif, an assistant professor at the Wharton School, University of Pennsylvania, US. “It’s the reason why you might choose to eat a high-calorie dessert when you’re trying to be careful with your weight. If you go slightly over your limit, say you’re eating out with friends, then you’re likely to give up and go really far over; ‘What the hell, I may as well get that dessert’. After a small failure people often give up completely.”

Sharif has spent her career studying how we respond to small failures. Many of us struggle to reach our goals, and her work suggests it is because these short-term failures derail us. The “What the hell” effect describes why these setbacks seem to hit us for six.

Fortunately, there might be a way of overcoming such failures. There is a technique that could help you to rebound: channeling your “emergency reserves”. Sharif says that people who cut themselves some slack are better able to cope with setbacks. 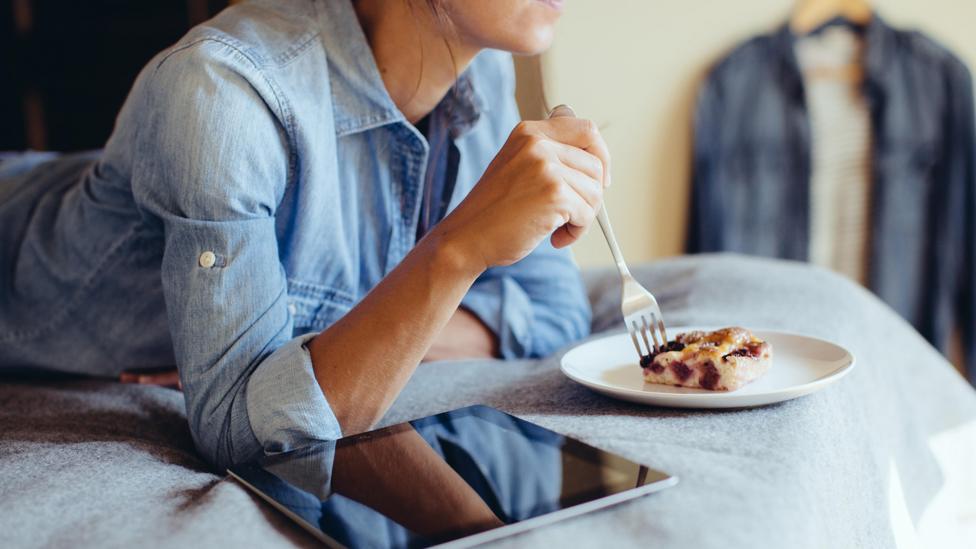 A bit of cake can derail a diet if you treat it as a catastrophe – cutting yourself some slack might help more in the long run (Credit: Alamy)

How to use “emergency reserves”

Let’s say that you want to set yourself a budget. You have a maximum of £1,200 to spend, but you want to make a few savings.

You could set a hard budget of £1,000 and hope to save the whole £200. People who do this might be successful, but if for any reason you exceed your budget, you are likely to trigger the “What the hell” effect and spend much more of your £1,200. And if you set your budget at £1,200, most people end up spending the full amount – making no savings.

If, however, you set yourself a budget of £1,000 but treat the remaining £200 as an “emergency reserve”, those people who, for whatever reason, need to go slightly over their budget end up spending less than either of the two other groups.

Mentally storing that money to use in emergencies creates a feeling of guilt around using it. By giving yourself a little bit of wiggle-room when setting out your goal, you get all the benefits of a challenging target to aim for, but tapping into those extra funds does not trigger the “What the hell” effect that causes you to spiral out of control.

A key factor when setting your emergency reserve limit is that there is enough guilt in using it up. “There has to be a psychological cost to using it,” says Sharif. “Our intuition tells us not to use up our emergency reserves because we might have a greater need for them later. A lot of the time you don’t end up using them at all. People are resistant to use them unless they really have to.” 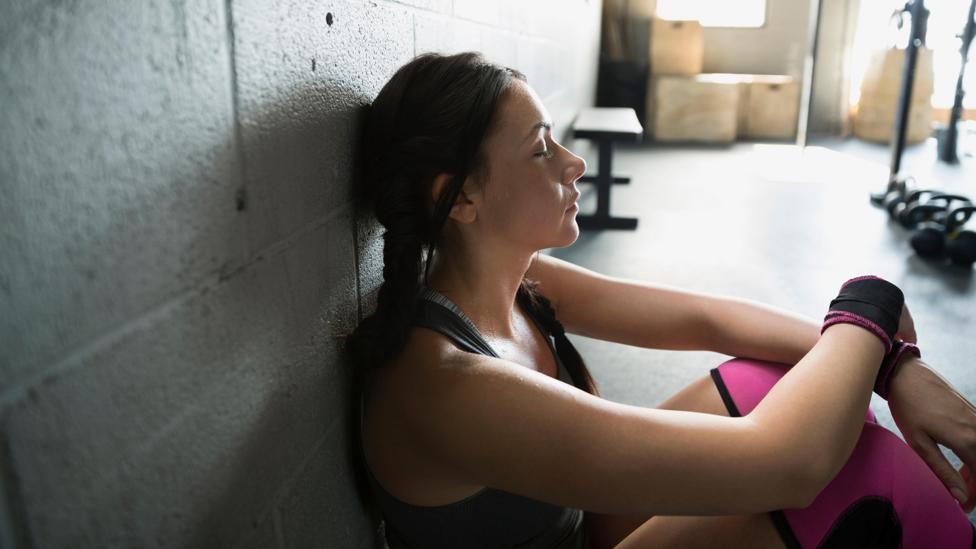 People tend to try harder if they are given harder goals, because they want to get closer to that goal. The downside? They’re more likely to fail (Credit: Alamy)

Sharif gives another example of trying to encourage a positive behaviour. In one of her studies, people were asked to hit a daily step target: one group had to hit their target seven days per week, another five days per week. A third group were allowed an emergency reserve; they were asked to hit their target on seven days, but permitted two “skip days” to use as they saw fit.

People tend to try harder if they are given harder goals, suggests Sharif, because they want to get closer to that goal. The downside, though, is that we are more likely to fail at them. In Sharif’s step target experiment, the group who were set a hard goal were more likely to give up completely if they failed on one day.

Easier goals are more attainable, but there is little motivation to exceed our goal once we reach it. People in the five-day target group rarely exceeded their goal. They saw reaching five days as a job well done and avoided stretching themselves. The emergency reserve strategy tries to harness the positives of both easy and hard goals. In Sharif’s study, when compared to people in both of the other groups, people in the emergency reserves group took more steps and reached their targets on more days.

Fresh starts and ‘not my fault’

There are other tactics that can combine with the emergency reserve strategy. One example: studies have shown that we cope better with setbacks when we have an opportunity to wipe the slate clean.

There is a reason we set New Year’s resolutions; the passing of a significant date makes it easier for us to commit to a new plan. The start of a year is perhaps the most obvious example, but the effect is also seen with less significant “temporal landmarks”, like the start of a new month or week. Google searches for the word ‘diet’ and gym visits spike on the first days of months and weeks, for example. 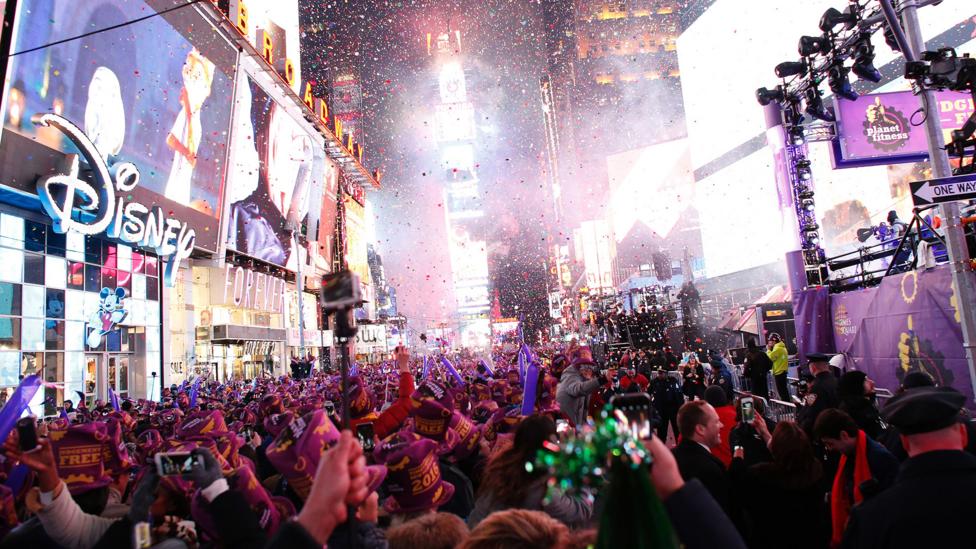 Hengchen Dai of the UCLA Anderson School of Management has studied this effect extensively. Her research shows that landmarks create new mental “accounting periods” allowing us to move on from previous imperfections: “Last week was a write-off, but I have a clean slate now”. The arrival of a new year, month or week also allows us to think of the big picture, which helps with motivation for aspirational behaviours.

The arrival of a new year, month or week also allows us to think of the big picture, which helps with motivation for aspirational behaviours

“If I failed for some external reason like the gym was closed I will feel less bad so am more likely to persist,” says Sharif. “If it is because I feel lazy – an internal reason – I will stop.”

Sharif says the idea of building in emergency reserves works for things like fitness, boring work tasks or gamified tasks like the language app I struggle with. In the workplace, Sharif recommends building in emergency reserves to any and all tasks as a matter of habit. Naturally, tasks which require the regular oversight of a manager or colleague might be less suited. But in cases where you are set back by someone else’s lateness you will be able to play the ‘not my fault’ card.

“The only place I can think about where it is bad… is when you are addicted to something. It is possible if you are a smoker and you want to reduce the amount of days, emergency reserves might not be helpful – I don’t know what would happen.”

Perhaps, try not to be too hard on yourself if you receive a setback. The evidence suggests that we catastrophise our failures when we really ought to see them as excusable slips. In any case, you will have an opportunity to wipe the slate clean on Monday.