Work, school and life in general tend to start early in the day – but what if your body clock didn’t get the memo? Welcome to the wonderful world of social jet lag

Teenagers in California are about to get some much-needed extra sleep. A new law passed early this month will push start times later for most schools; high schools will start no earlier than 08:30 and middle schools 08:00.

The move is aimed at improving teenagers’ school performance by ensuring they are adequately rested. There’s a sizeable body of research behind it; although teenagers may have a bad reputation for staying up late, sleeping in and sleeping longer than any other demographic, the science shows that it's not their fault.

Biologically, teenagers have a different circadian rhythm to people of other ages. Their internal body clock, which tells them when and how long to sleep, doesn't line up well with the norms of the social clock. Forcing teenagers out of bed early in the morning to go to school can affect their physical and mental health, attention span and ability to learn.

And though teenagers may be a special case, they are hardly the only ones suffering. Waking and sleeping in a pattern that's out of synch with your body clock results in a phenomenon known as 'social jet lag' – something that affects swathes of society. 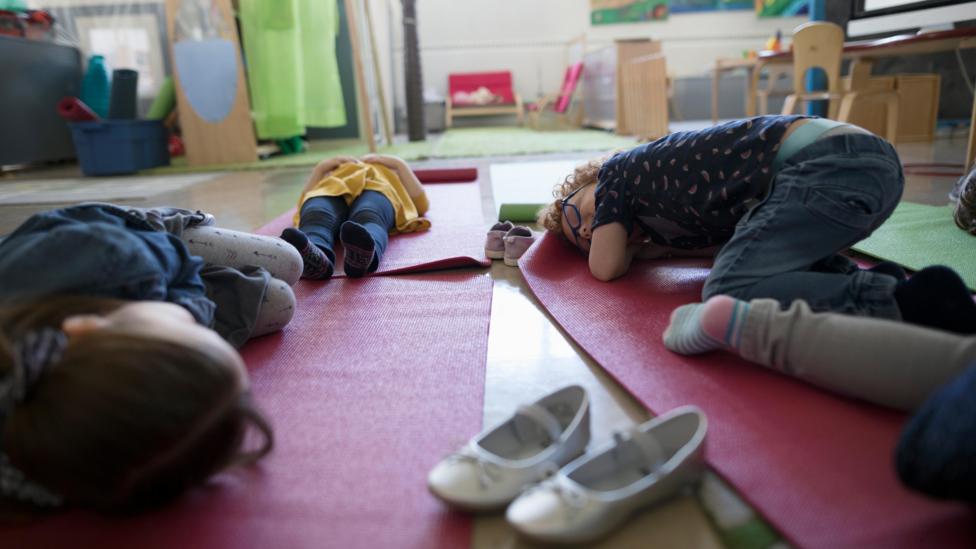 Social jet lag is the "misalignment of social and biological time", according to chronobiology professor Till Roenneberg (Credit: Alamy)

What is social jet lag?

Social jet lag is the "misalignment of social and biological time", according to Till Roenneberg, a professor of chronobiology at Ludwig Maximilian University of Munich who coined the term. It occurs when our biologically determined sleep needs don't line up with other obligations, and we give way to the obligations.

"Everybody who uses an alarm clock lives against his or her [internal] clock," says Roenneberg. If your internal clock wants to sleep from midnight until 07:45 but obligations in your life force you to set an alarm for 06:15 every weekday, you likely have social jet lag.

For example, when we have a fixed early start time at work, we often calculate backwards when we should wake up, factoring in getting ready, a commute and perhaps time to shuttle children to school. We decide what time to set the alarm based on what we have to do, without considering our actual sleep needs.

When people have a day off, however, many of them stay up later, sleep later and wake up without an alarm clock. Having a later bedtime and waking time on a free day are indicators that the body prefers to sleep on a different schedule than what the typical workday requires. The shift is evidence of social jet lag.

That said, the time we wake up on a free day isn't necessarily the ideal time for our body to wake up either. "Late sleep on the weekend is contaminated with sleep deprivation from the week," explains professor Martha Merrow, a molecular chronobiologist and head of the Institute of Medical Psychology at Ludwig Maximilian University. "You sleep not just as long as your clock says, but a bit longer to get some of that lost sleep back." 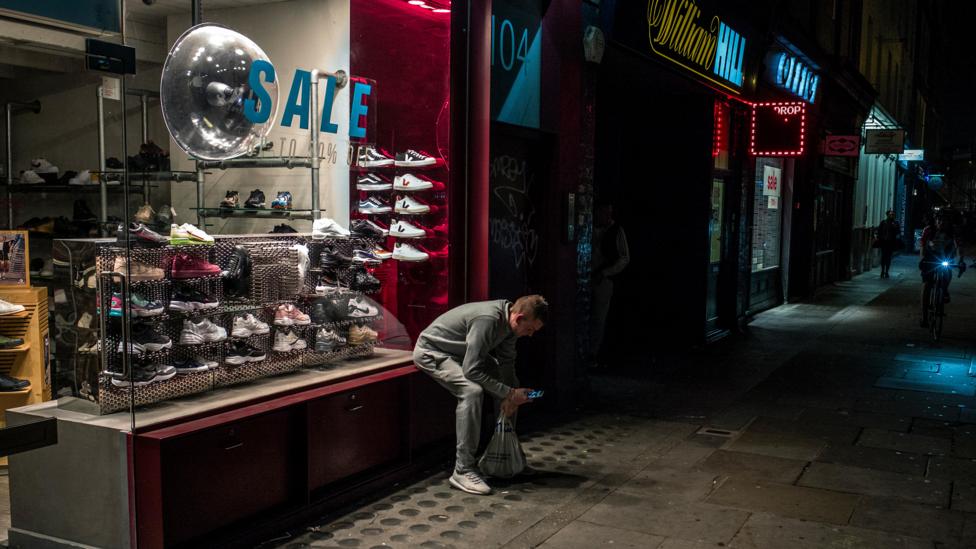 When people have a day off, they tend to stay up later and sleep later, more evidence of social jet lag (Credit: Alamy)

How does social jet lag affect us?

Living for the social clock at the expense of the internal clock leaves many people feeling groggy in the morning. People who consider themselves early risers might not suffer from this problem at all, as their internal clocks align fairly well with the social clock. Late-night types may feel it worse. People who work non-standard hours, such as nurses on an overnight shift, usually suffer from social jet lag as well.

Feeling groggy is hardly the only consequence, however. There are financial implications, too. People whose internal clocks align better with the demands of the social clock earn 4-5% more on average than evening-type people. The reason, it seems, is morning types are alert and ready to be productive in the morning. Late types, however, aren't as likely to do their best work so early in the day, meaning typical business hours give morning types an advantage.

There are other unexpected dividends from matching sleep clocks and daily life: when school start times were delayed by about an hour and a half in one county in the US state of Virginia, teenagers (who tend to sleep longer and later than everyone else) were involved in fewer weekday car accidents when compared to a nearby school with similar traffic patterns. Researchers believe the additional sleep time helped reduce crashes among teenage drivers.

There's also a health impact. "Misalignment leads to a lot of chronic diseases," says Roenneberg, citing metabolic syndrome as an example. People who suffer from social jet lag are more likely to be smokers and if they are already overweight, more likely to become obese. Synchronising people’s lives with their internal sleep clocks is important “because it will make people healthier, live longer and will reduce costs for society".

What can workplaces do?

But aligning the social clock with the internal clock is, sadly, not often up to us; it depends on the organisations we work for. "Society does a very schizophrenic thing at the moment," Roenneberg says. "On the one hand, it wants to be a 24/7 society that acts globally. On the other hand, it still thinks that someone who appears at work at 10:00 is lazy."

He believes companies would benefit from adjusting start times to individual employee needs. “If you have slept in your own window and you've woken up by yourself, you'll be much more productive," he says. "There's an enormous incentive to make people not use alarm clocks if you want them to perform better and get sick less often."

Some companies are starting to agree, researching what happens when they let late-type shift workers skip the morning shift or allowing employees to set their own work schedules. Remote and flexible workers are two groups who can sometimes have an advantage. Technology company Cisco, in a 2009 survey of its workers, estimates that it saw a $277m gain in productivity from employees who were allowed to work remotely. Although the increase isn't tied to improved sleep patterns necessarily, 80% of survey respondents did say working remotely improved their quality of life overall. Plus, working from home eliminated their commutes – and time not spent commuting can convert easily into time spent sleeping. In fact, a 2015 study found that people who were allowed to work flexibly did get more sleep (without losing work time).

Of course, sleeping a little later is only possible when workers don't have additional demands in the morning, such as getting children to school or other care responsibilities. One reason school start times tend to be early is to accommodate working parents. Before California’s new law passed, opponents fought it on the grounds that it could increase childcare costs for parents with inflexible work schedules, lead to children being left unsupervised at school or prevent teenagers in low-income households taking after-school jobs. 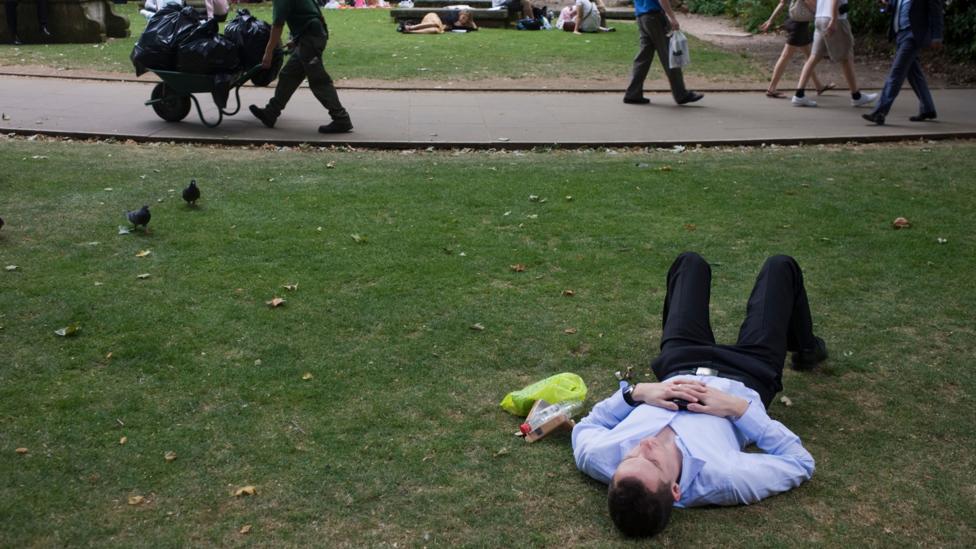 According to a 2015 study, flexible workers get more sleep – without losing work time (Credit: Alamy)

Yet even if the difficulties around start times can be ironed out, there's another complicating factor of modern life: light. Blue light from computer screens, mobile devices and other electronics is similar to light from the sun in that it can trick the body into thinking it's still daytime. When that happens it doesn't produce melatonin, which we need to sleep. Simple solutions, such as night mode on devices, blue light blockers or not using devices after a certain hour, are relatively well known. What's often left out of the conversation, however, is the importance of exposure to light during the day.

"We have changed our light environment drastically," Roenneberg says. Office-dwellers might spend the entire day inside a building with very little light exposure, whereas in the past people would have spent most of the day outdoors. Receiving light during the day seems to play as important a role in regulating the internal clock as not seeing blue light at night.

"We are quenching the light-dark cycle at both ends," Roenneberg says. "During the day, we are getting less light and during the night we are getting more light. That has made most [internal body] clocks [move] later.” And if your chronotype is being made later, it makes it harder to stay in synch with a social clock that demands an early wake and work time.

What can you do?

Trying to avoid social jet lag or correct for it isn't a straightforward affair. We can advocate for flexible work times and later school start times, but as long as people need alarm clocks the problem will persist.

Dr Merrow says of the three main components that contribute to your internal body clock – genetic predisposition, age and light – "the only one you can work with is light". If you wanted to try and move your chronotype earlier, she suggests consulting an expert in human chronobiology to work out when you should be getting more light or less light.

"If you had complete freedom over your life, you could do a fair amount with light," she says. "But given the restrictions we have, that most of us are working inside buildings, it's not so simple."

For much of the population, waking up without an alarm clock, as Roenneberg recommends, isn't so simple either.