As societies age, death will be a growth business. Now young French entrepreneurs are introducing new services to the traditionally conservative industry.

Maxime Nory, 32, was a student at a business school in Lyon, France when he and his friend started thinking about launching their own start-up. After scouring many sectors, they settled on an unusual yet appealing market: death.

“We thought that it was an industry where no one wanted to work, to innovate in, and that’s exactly what interested us,” he says. “We thought since the industry was being neglected by entrepreneurs, there were likely some good opportunities.”

He was right. The funeral business is a growth industry; like many other nations, France’s population is ageing, which means the number of deaths is rising. According to the National Institute of Statistics and Economic Studies in France, more than 770,000 deaths are expected in 2050 – up from 531,000 in 2000. A 2018 study by a French consulting group showed that funeral revenues grew 25% between 2006 and 2016, and that the funeral market was worth €2.5bn in 2018.

Eight years on, Nory is the CEO of Simplifia, a funeral services start-up with a staff of 22 people. His company provides software to funeral businesses that helps them streamline the process of organising funerals, and also works directly with bereaved families to handle administrative tasks like closing pension or power accounts. Simplifia now has partnerships with more than 700 French funeral businesses. 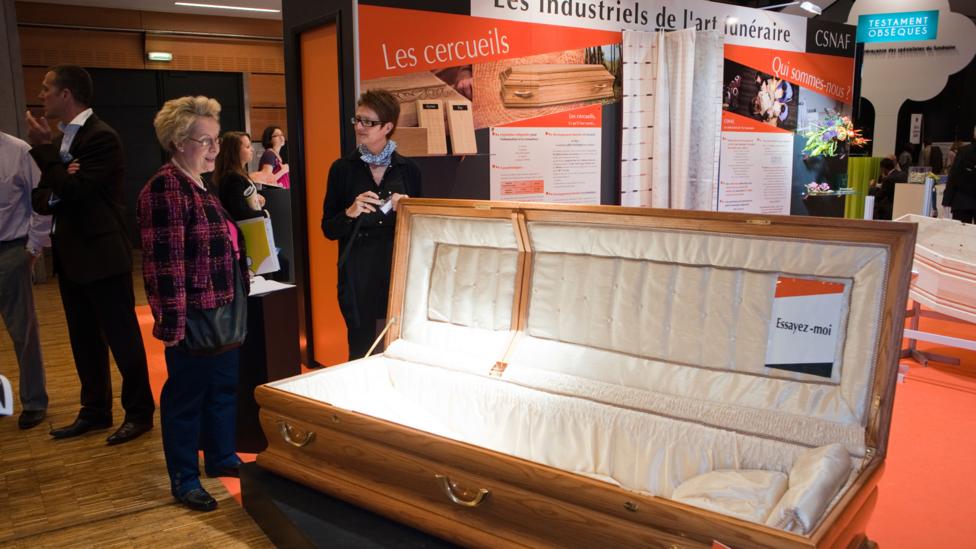 Another start-up, AdVitam, serves as an online-based funeral provider, in contrast to the bricks-and-mortar stores of traditional operators. Its CEO Philippe Meyralbe, 38, decided to enter the sector after organising his father’s funeral – an experience he described as “shocking”.

Meyralbe felt the traditional process was cumbersome and lacking in humanity. The representative of the funeral services provider, he says, came across as a commission-driven salesperson intent on selling high-priced items and services. Visiting the funeral company took several hours at a time when Meyralbe was trying to look after his family and handle a swathe of death-related administration.

AdVitam doesn’t have a physical presence. Instead, bereaved families can organise funerals and buy items including coffins via email or over the phone with funeral counsellors (an AdVitam representative is present at the funeral service itself), offering customers a cheaper and more efficient service. Staff can also help close the deceased’s administrative and social media accounts.

Meyralbe’s start-up has organised 1,500 funerals since its launch in 2016. It’s also raised €1.8m from investors and been selected for Europe’s biggest technology incubator, Station F. “I think they chose us because this was a social project with strong values, and offering a real service to people,” he says.

I think they chose us because this was a social project with strong values, and offering a real service to people – Philippe Meyralbe

Meyralbe, Nory and his co-founder Baptiste Dhaussy are just three of the entrepreneurs trying to introduce new services and ways of working to the funeral market. Other start-ups have introduced platforms to crowdfund for funerals; are making perfumes based on a deceased relative’s smell; and are attempting to convince customers to place QR codes on late relatives’ headstones, with can link via an app to the deceased’s photos and favourite music. 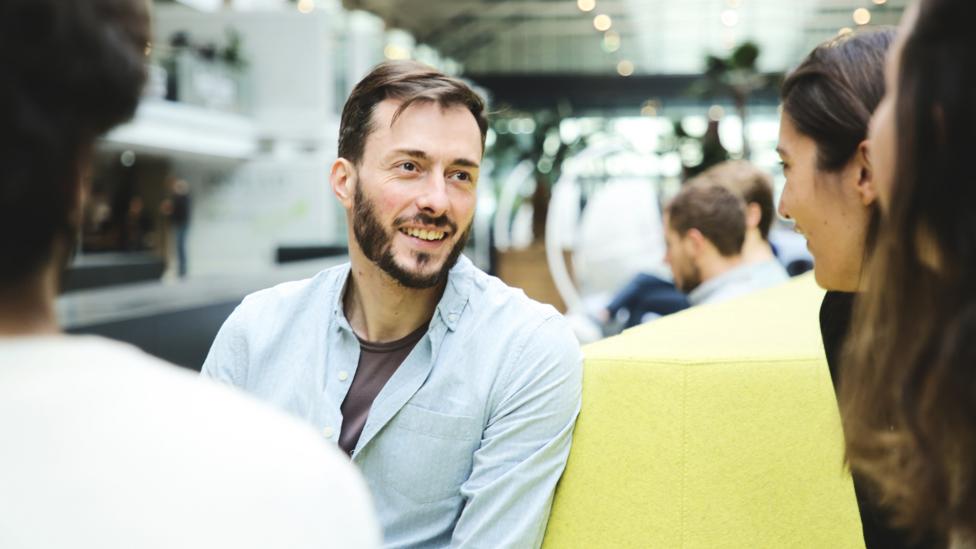 Richard Feret, 62, president of the CPFM French funeral industry body, is enthusiastic about the innovation – but also cautious. In the last five years, he has seen start-ups go bankrupt for being too forward-thinking for the industry.

“We’ll eventually get to digitisation, but it’s slower than most industries. Funeral businesses and customers are still conservative,” he says. “Start-ups bring new ideas that are sometimes too early for their time and their market.”

The French funeral market presents other obstacles to new entrants. It is dominated by three major groups, including one with a 20% market share, and controlled by financial actors such as pension funds. These traditional players have strong brand-name recognition.

Start-ups also have to reckon with complicated red-tape and conservative processes that have not kept pace with technology. “It’s an archaic system from all sides, [local governments] still function with faxes and payment by cheque. It’s not easy,” says Meyralbe.

Yet there is certainly an opportunity for cheaper, nimbler providers: in February, the French state audit noted that funeral prices for consumers had increased, with averages ranging from €2,500 to €4,500 for a burial.

Nory’s company Simplifia found that convincing funeral businesses to buy its software was a challenge, even though relatives of the deceased were increasingly looking for cheaper, more convenient services. Funeral market professionals were also taken aback at first by the new company. “Some thought we were kids who wouldn’t stay in the market for long but in the end, after several years, we’ve gained in credibility,” says Nory.

Teams at Simplifia and AdVitam have an average age of around 30 – something Amélie Tolachides, customer success manager at Simplifia, believes helps when she’s training businesses on the new software. “I think our partners now like this image of youth because they want to do new things but they don’t always know how, so they trust us,” she says. 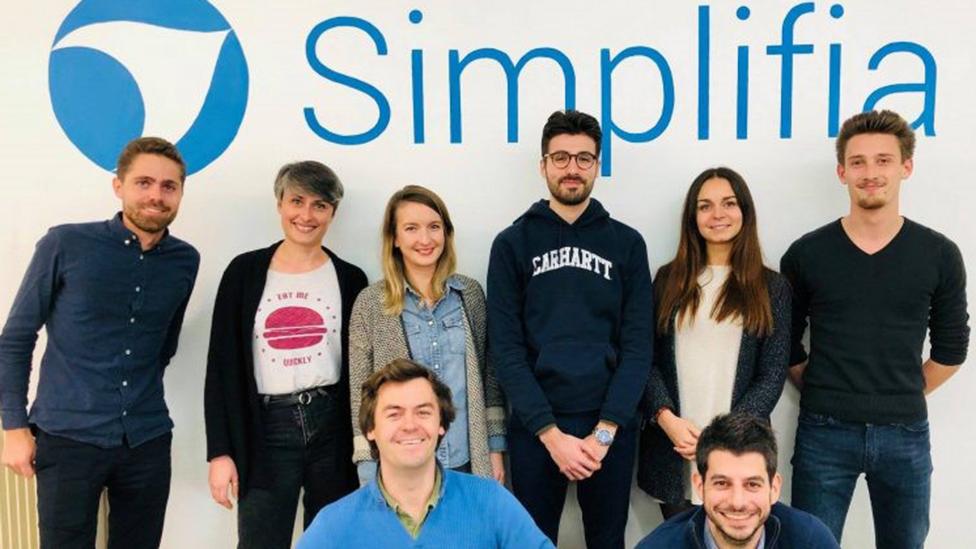 Michael Basdim, manager of a family-owned funeral company, Pompes Funèbres Hénnard, in northern France, believes digital changes can only improve funeral services. He regularly promotes his new coffins and shares death notices on his Facebook page, which has more than 3,500 followers. In the last year, he’s used Simplifia’s software to handle upward of 220 burials. “We used to print sheets of papers and write a lot. [Now] we clearly see the difference and the time we gain to organise the funeral, bill the families, fill in administrative forms,” he says.

Meyralbe and Nory are optimistic about the future. Both are planning on expanding and introducing new services. AdVitam recently started offering more environmentally-friendly options for funerals, including recycled cardboard coffins. It is also currently running an unusual marketing campaign, using posters in Paris metro stations that mimic travel advertisements with slogans offering a “serene getaway”.

Nory says he realised early on that some of his ambitions and ideas for Simplifia were too big and too fast. He says he’s learned to adapt to the pace of the market, but deeply believes in his start-up and thinks he made the right choice in selecting the funeral business.

“We are not a ‘nice-to-have’ product, a gadget,” he says. We are really working on a real issue, and it’s a daily motivation.” 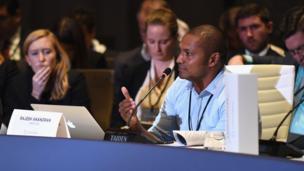 The firm that got rid of job interviews 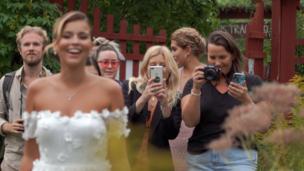 Where wealth is ‘more taboo than sex’ 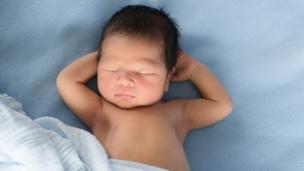 The workplaces that pay for surrogacy